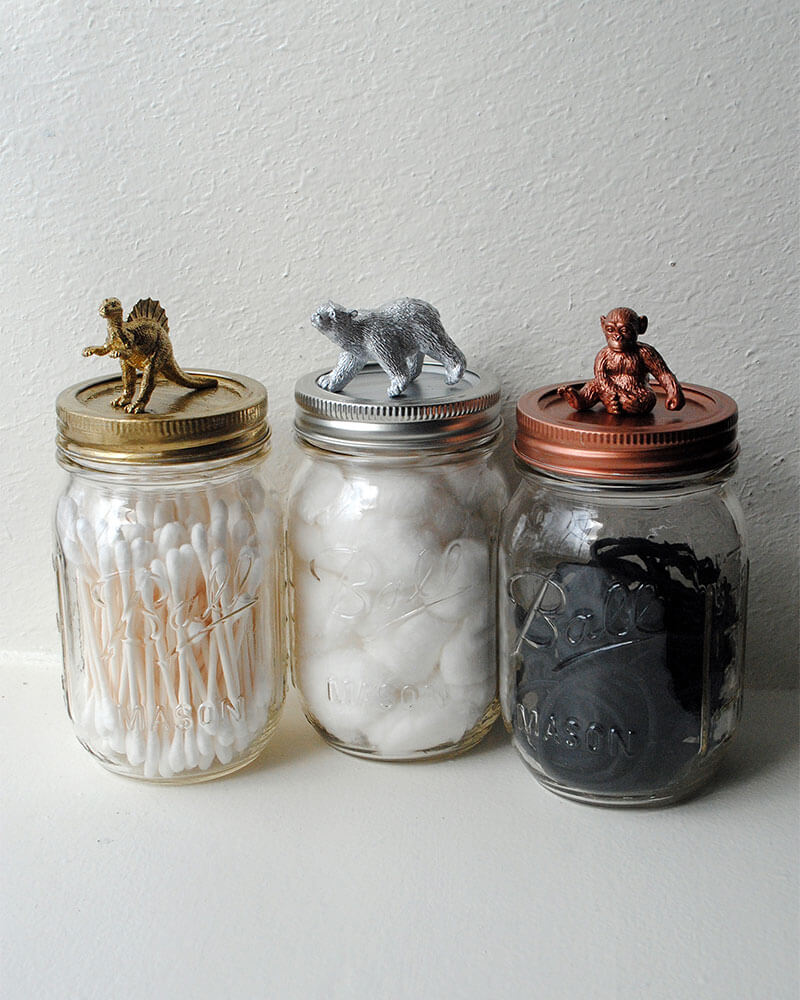 With the 2014 Olympics in Sochi being talked about all over the internet, I decided to create an Olympics-inspired DIY animal jar project from my 14 for 2014 List.

I found the idea on Pinterest, and it linked me back to this Norwegian blog (much thanks to Google Chrome for translating). I took some of my own liberties with the project, though.

Instead of using feta cheese and tomato puree jars, I used pint mason jars. I like the look and size better, and they’re easier to match if I want to make more. I also used a pen to color the lids rather than spray paint. I recently purchased the Critter Ring Dishes set from Darby Smart, and it came with a super easy-to-use metallic gold pen. When you live in Michigan in the winter, you don’t want to open the windows to create a well-ventilated area for spray paint.

I got the plastic animal figures from Michael’s, and while I was there I picked up similar metallic pens, this time in silver and copper (close enough to bronze, right?). 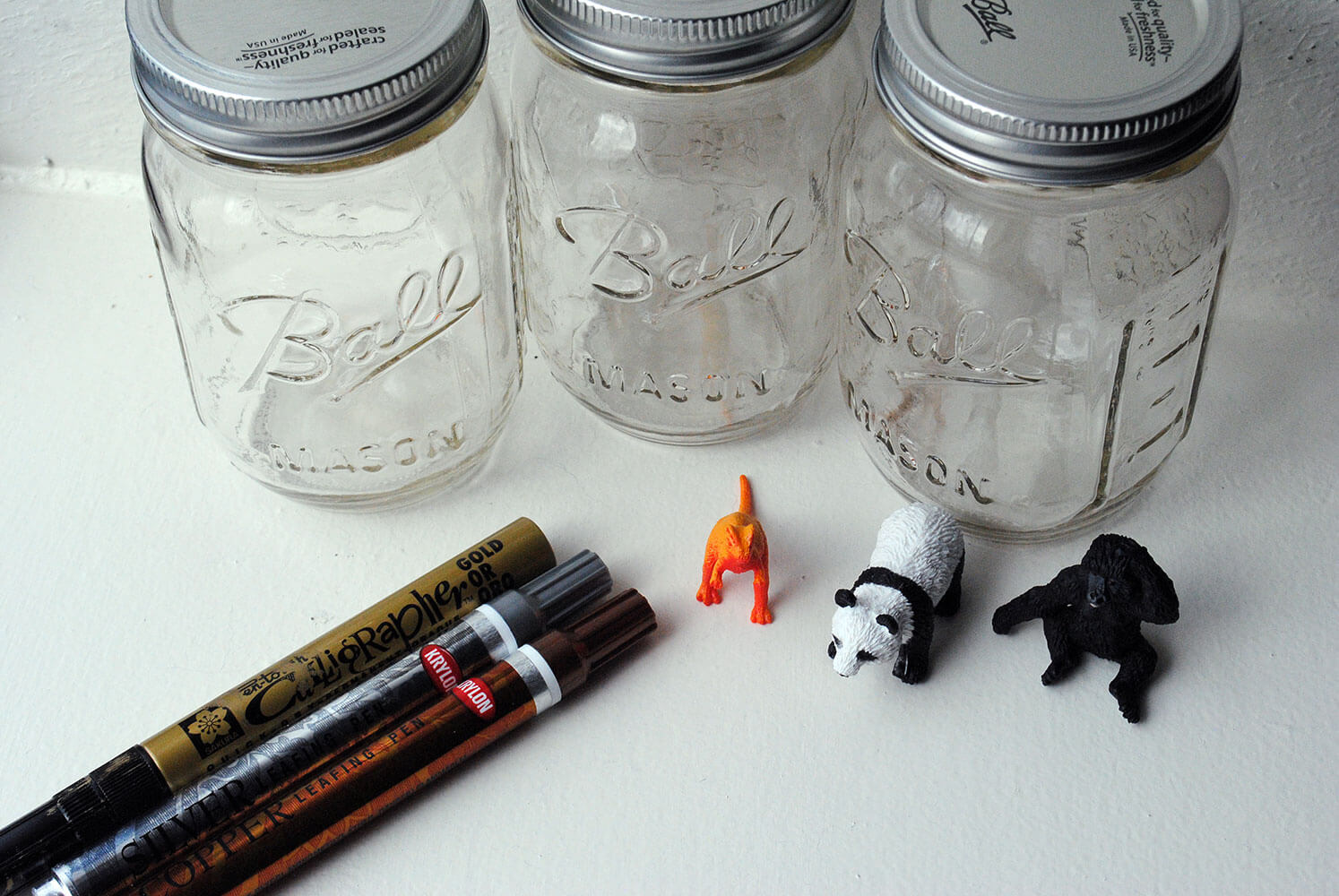 The only problem came up when I tried to “paint” the lids of the mason jars. I made the gold one first and tried to put too many layers on too quickly. It got a bit chunky, so when I made the silver and bronze lids, I only did one layer, which worked a lot better.

After that, it was pretty simple. I used super glue to attach the animals to the lids and screwed them onto the glass jars! Easy.

The only change I might make next time is gluing the rim to the metal disc lid. Some of the animals (the bear, for example), are too big for the rim to fit over. Gluing them together would allow for you to take the lid off without potentially knocking the animal off.

Happy crafting! What colors and animals would you use?