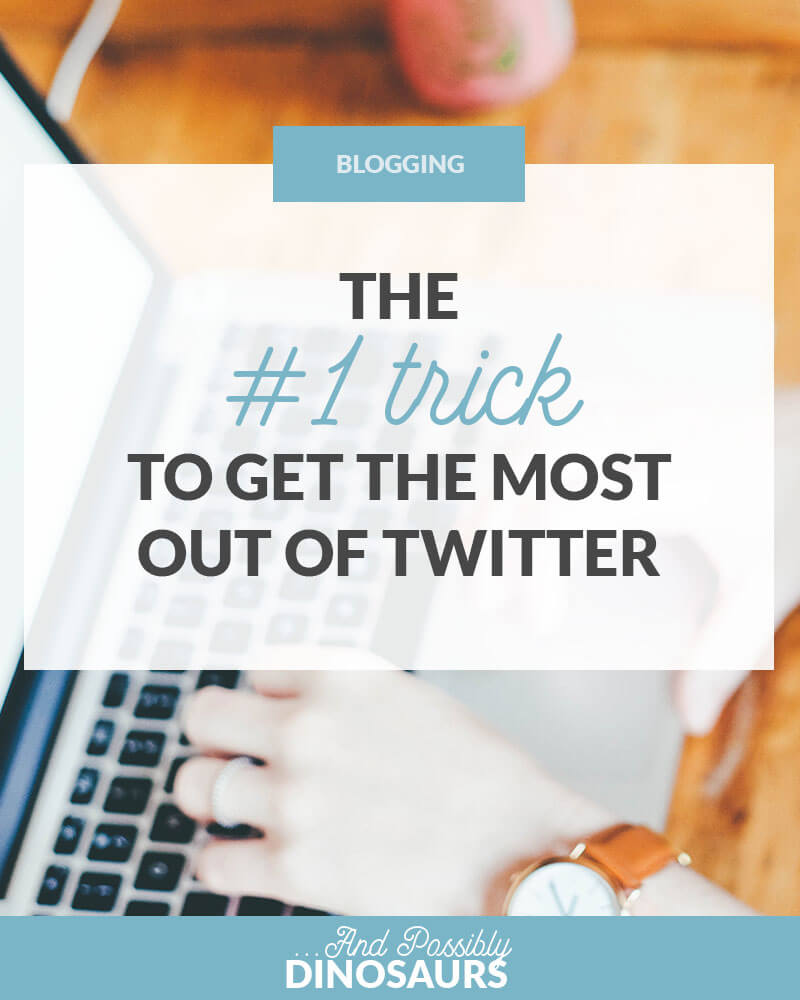 As my blog and business continue to grow, I’ve started following more and more people on Twitter. It’s an awesome place to network and share my content.

Especially since I’ve started joining Twitter chats, my Twitter feed has gotten a bit… out of control.

Luckily, I found the #1 trick to get the most out of Twitter, even when you’re following a bagillion people.

It’s actually pretty simple, but the process can take a bit of time if you don’t start when you’re barely following anyone.

When they were first introduced, I didn’t understand why they would be useful. The idea is to organize the people you follow into different lists, and only the tweets of those accounts show up in the feed.

But if you’re only following 200 people and one tweet shows up in your general feed every minute, what’s the point? Well, if you can read through all of the tweets you’ve missed in about five minutes, there might not be a point. But if you’re following 3,000+ people (like I am), they’re super useful.

When I first started following a ton of people, my Twitter feed got overwhelming and I stopped interacting on Twitter. I just… ignored it. But once I really organized the accounts I’m following, it got a lot easier to interact again.

I just sort everyone into a list (or two or three, if applicable) and look at a particular list at a time.

For example, during a Red Wings game, I’ll just pull up my Hockey list and be able to reply / favorite / retweet to my heart’s content. I would barely see any of those tweets if I relied on my general Twitter feed to see them.

I’ve got plenty of lists, but you might only need, say, two. It’s all up to you! I try to get everyone I follow onto at least one list, but sometimes that just isn’t necessary.

So… how do you add people to a list and see the feeds of your lists?

So say, for example, that you wanted to add me to a list. You’d go to my profile, and it would look like this… 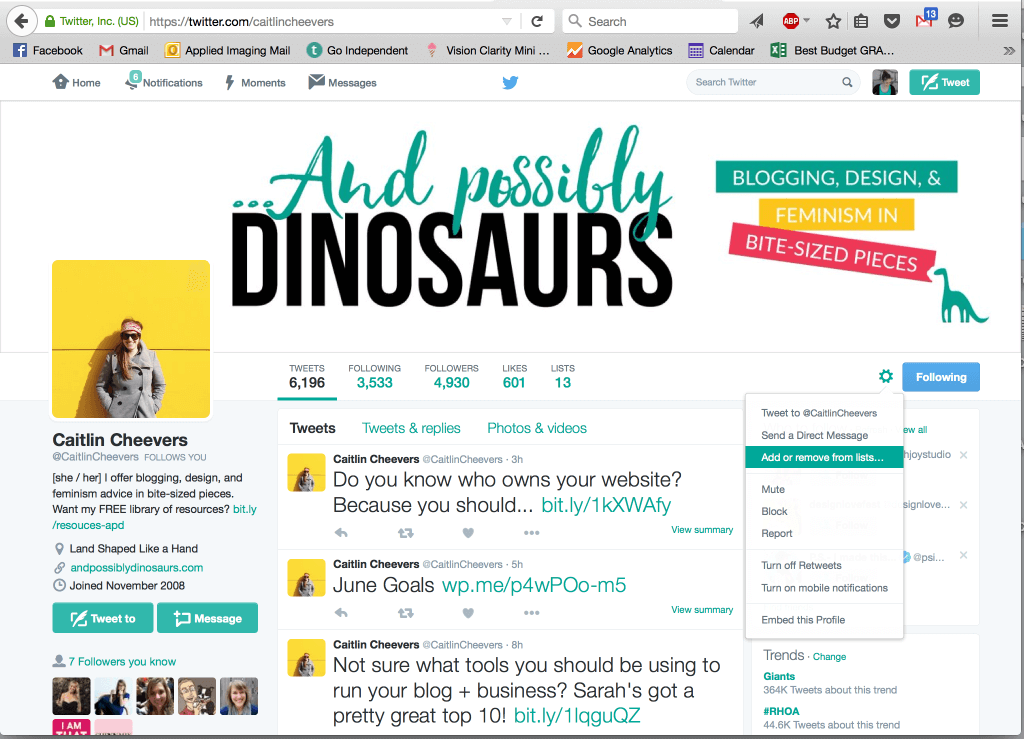 See? Easy peasy. The first time you do this, a button will appear asking you to create a list. After that, the your lists will appear every time you click “Add or remove from lists…” in addition to the “Create a List” button.

To view your lists’ feeds, simply click on the gear on your own profile, and click “Lists.” Then you’ll see all of your lists and be able to choose which one you want to see!

Voila! Now you’re really getting the most out of everyone you’re following. No more missing super helpful tweets!