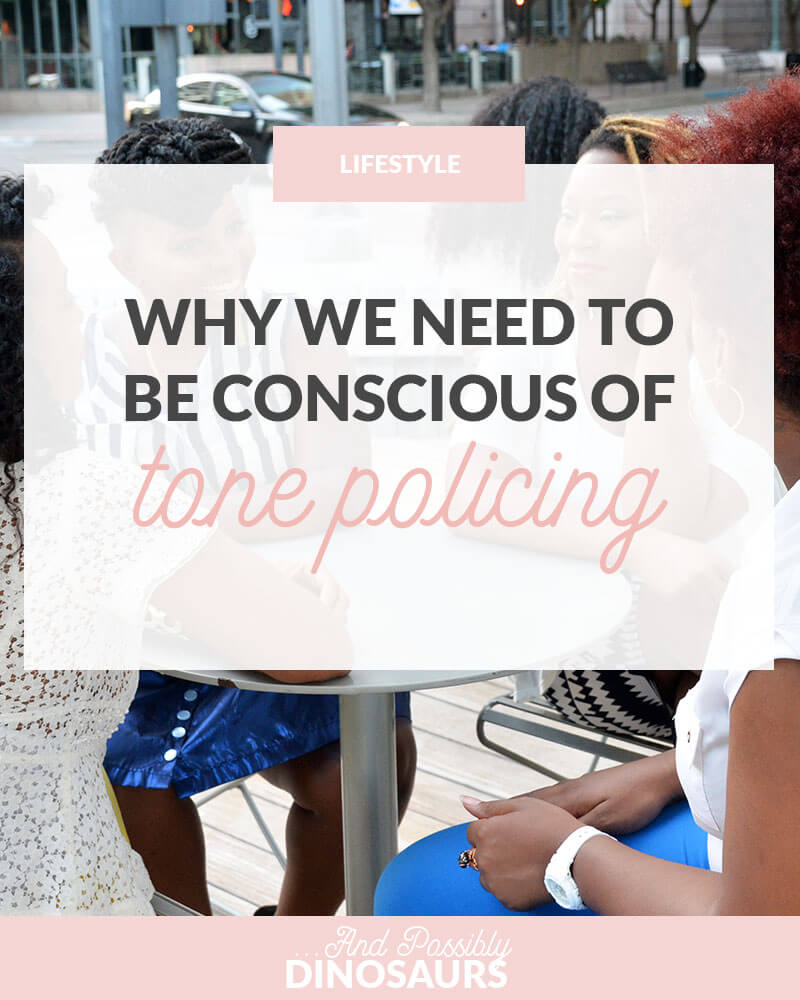 Excuse me while I white-splain something.

Back in September, I became aware of a prejudice I have. I didn’t even realize I had it until Miley Cyrus and Nicki Minaj got into it at the VMAs.

And people say Miley and Nicki aren’t good for anything.

I first head about tone policing on Everyday Feminism. I was reading through the article “What We Can All Learn from Nicki Minaj Schooling Miley Cyrus on Tone Policing,” and I nodded my head through the whole thing.

I totally do all of this, I thought.

It’s when a marginalized group of people (think: racial minorities) speak about about an issue they are facing, and people don’t pay attention to what they said, but rather how they said it.

Think: when Bernie Sanders was interrupted by #BlackLivesMatter protesters and the news covered how rude it was, not the issues they were bringing up.

I would always justify my tone policing by saying things like “well, I understand where you’re coming from, but maybe you should talk about it differently.”

Well you know what? Minority groups are sick of hearing that. They’re frustrated and aren’t heard when they talk about issues calmly.

I don’t have much experience with this first-hand, being in the dominant racial group, but I can still help. And so can you.

Since realizing my tendency toward tone policing, I’ve tried to be more understanding. When someone from a minority group gets angry about an issue, I try to push certain thoughts away. Thoughts that tell me this person is making their cause look bad. Or maybe if they were nicer about it, I would agree with them. Or this person is hurting my feelings, so whatever they have is moot.

What we need to realize is that it isn’t about us. It’s not about how they make us feel.

It’s about how they are feeling and the issues they are experiencing.

So before you start tone policing, think about what they are actually saying and what might be causing them to feel so emotional about it. They might have a pretty damn good reason.