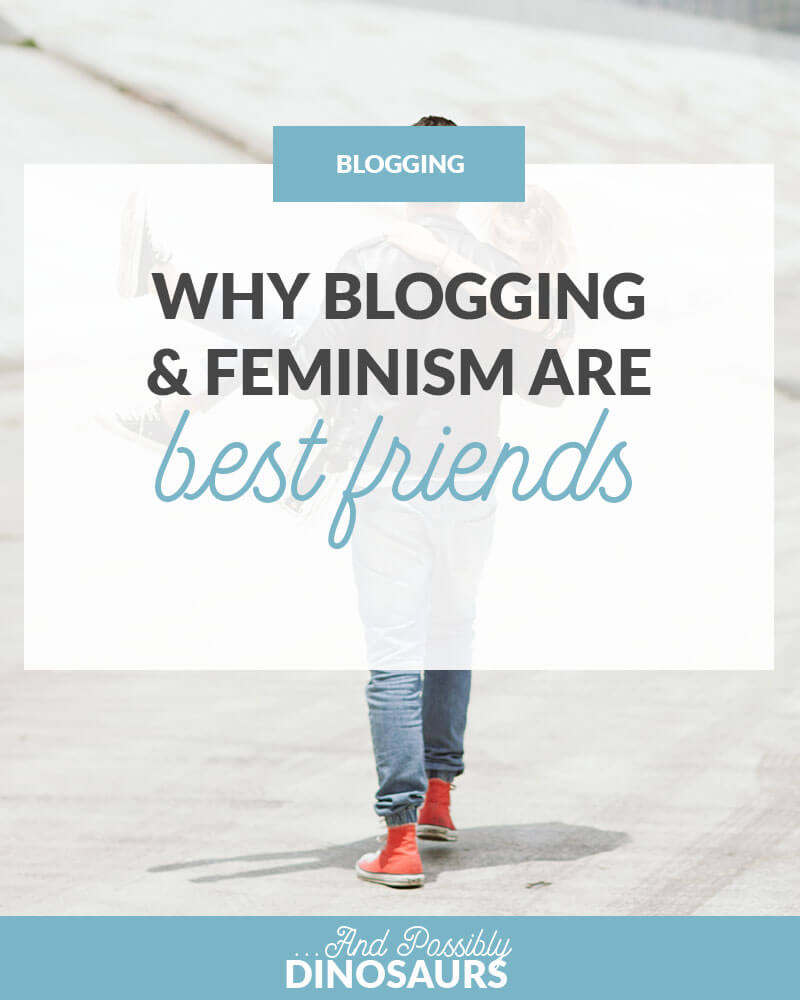 While it may not always seem like it, blogging and feminism are definitely BFFs.

Sure, those are two major parts of their friendship, but it goes way beyond that.

Before we examine just how great of best friends blogging and feminism are, we have to look at them individually.

Blogs, the shortened form of “weblogs,” are websites where people write about whatever they want, whenever they want.

Feminism is the advocacy of women’s rights on the grounds of political, social, and economic equality to men. Another way to put it: feminism is the belief in gender equality.

So, what makes them BFFs?

Yes, there are a lot of feminist blogs out there. Thanks to the freedom of the internet in places like the United States, blogging allows websites like Everyday Feminism, Feministing, and And Possibly Dinosaurs (hey, that’s me!) to discuss feminism and open up a dialogue about it.

And this is one of the reasons why blogging and feminism are BFFs. But it’s far from the only one.

A New Source of Income

Well, a lot of those blogs are written by women. Like, a lot of them. And guess what? They’re taking control of their income by starting their own businesses, all thanks to their blogs.

(I didn’t intend for all three examples to start with M, but shit happens.)

If you haven’t heard, there’s this thing called the gender wage gap, and it really sucks. But blogging allows women to forge their own path and make money on their terms, which is badass.

You’re probably thinking to yourself “but Caitlin, not all blogs talk about feminism or make money for women. What gives?”

Well, young padawan, I’ve got news for you. Every single blog out there is BFFs with feminism. (yup: even the #mensrights blogs that are anti-feminism.)

Because feminism isn’t just about getting equal rights for women. It’s about ensuring equality of all people. Men don’t have to be buff and interested in sports if they don’t want to be. Being interested in ballet shouldn’t emasculate them.

You do you, whatever that entails.

So, the men who are expressing themselves through blogging? That’s feminism.

The women making their own income through blogging? That’s feminism.

The people expressing their love (or hatred) of feminism? That’s feminism.