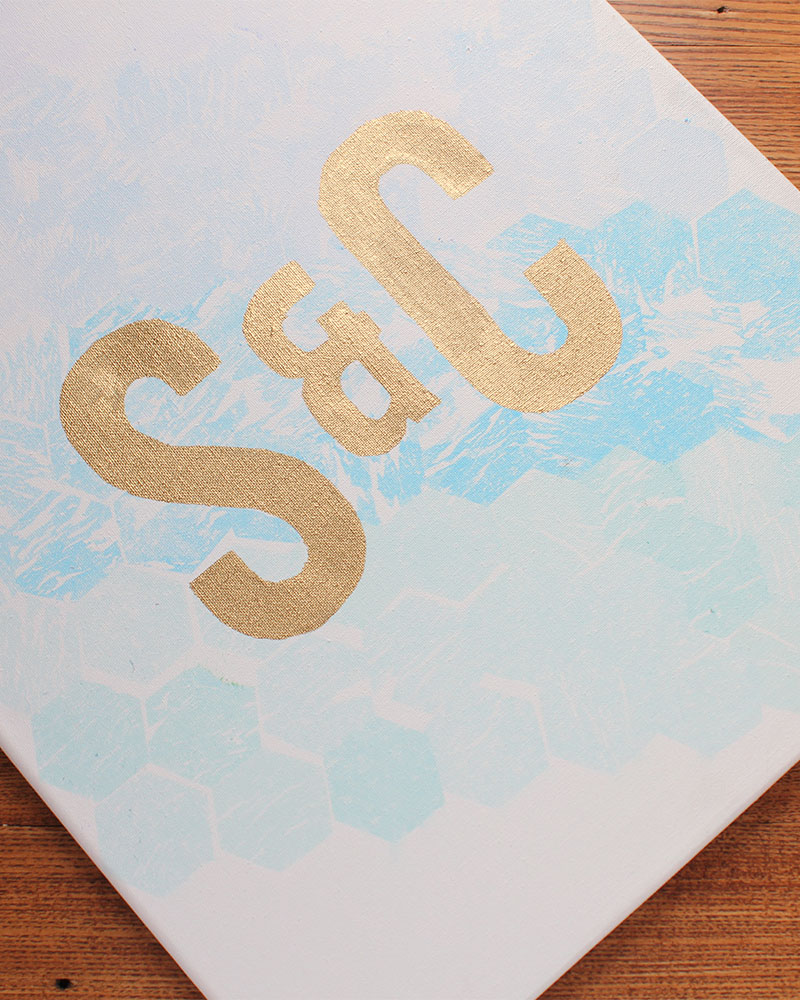 I spent a good part of my childhood decoupaging. So I was pretty excited when I found a DIY project with tissue paper.

Unlike decoupage, this DIY project uses water instead of Mod Podge.

I saw the idea on Pinterest and was directed back to the Fiskars website, where they listed it as a DIY project for kids.

While I can see the merit of that, I don’t think this should be limited to kids. It’s quick and easy, and you could make so many options with it!

First, I punched out some tissue paper with a hexagon-shaped paper punch.

Let me tell you, punching tissue paper with a paper punch is not easy. Punch several sheets of tissue at once, and keep some scissors handy, because you’ll have to do some trimming. I also don’t recommend curvy shapes, because it will be impossible to get them to turn out. 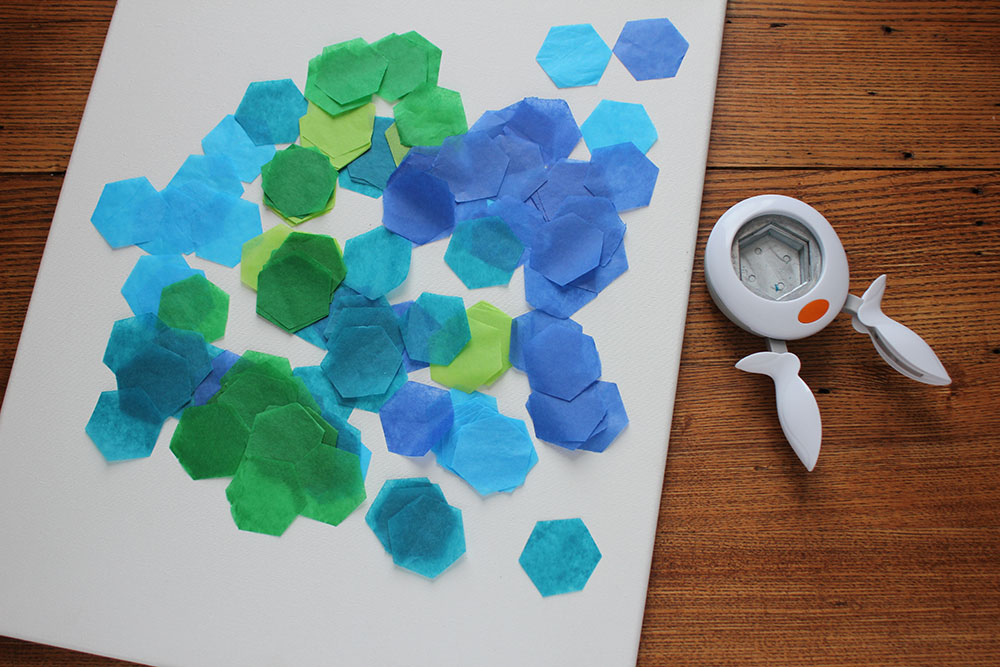 Once you have the shapes and colors you want, you simply use a foam brush and apply water to the canvas.

I recommend adding little bits at a time, because it dries quickly. 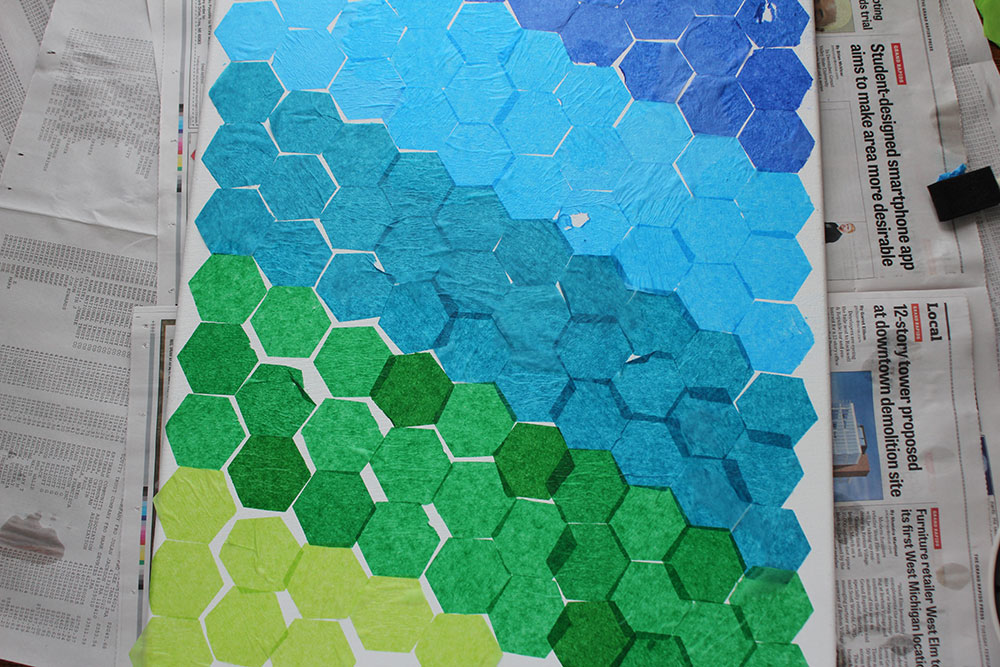 Here’s where I discovered I went wrong.

According to the directions, the tissue paper should have been bleeding quite a bit by this point.

Mine wasn’t doing that.

I kept going with the project, though, and I’m pretty happy with the result. 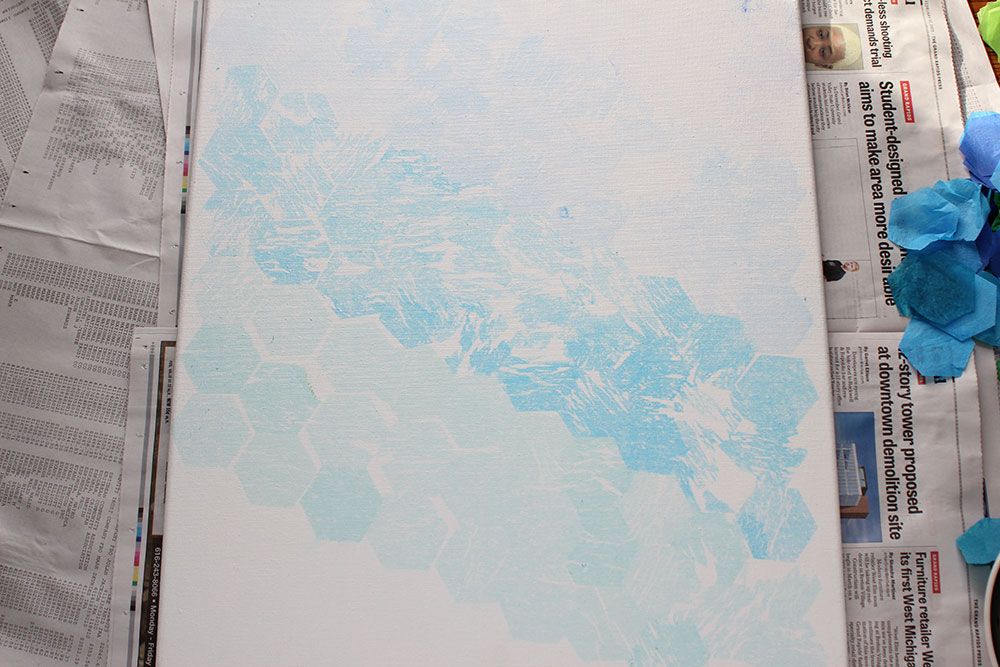 Rather than getting something super bold and bright, I got a softer, more marble-y look that I love.

But I wanted to add a little something extra, so I printed out S&C (for Sean and Caitlin) on paper, cut out the letters, and traced them with a gold paint marker. 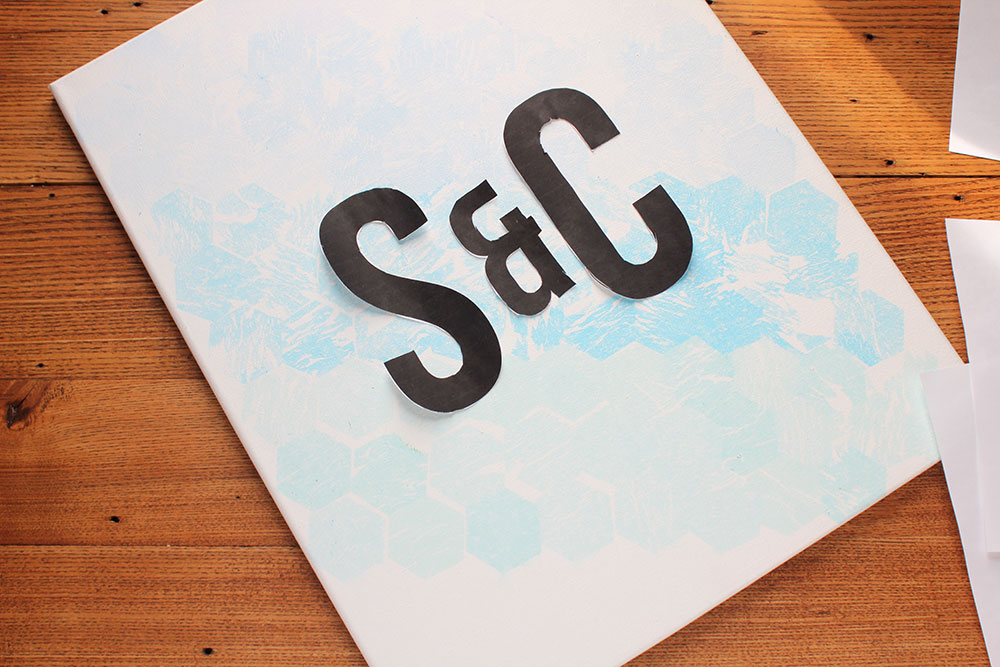 I first laid the cut-out letters on the canvas to see where I wanted them. Then I put down the outlines and traced around them. 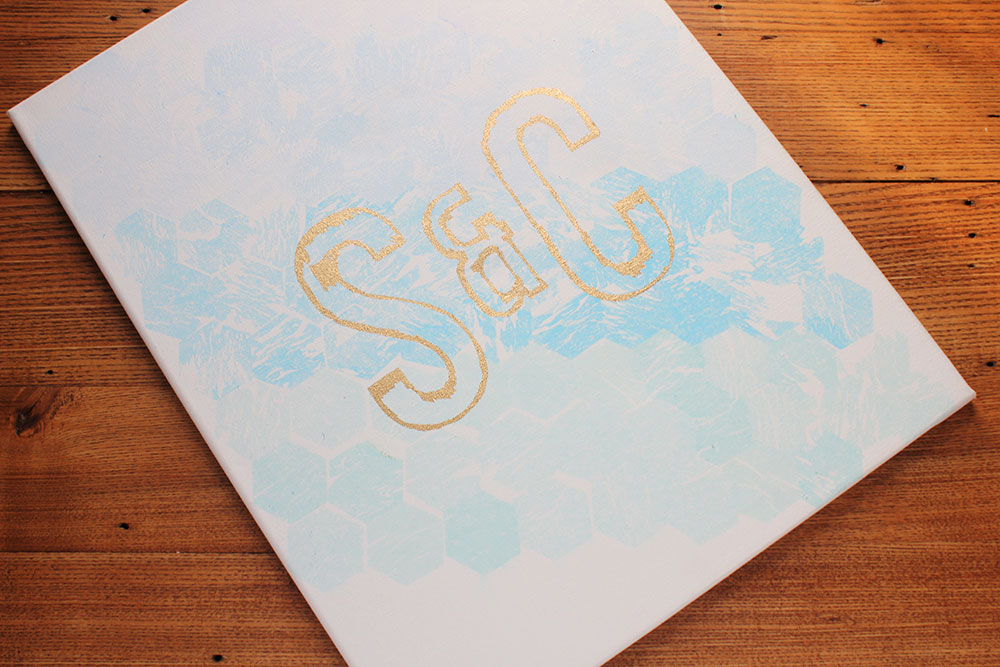 Once I had the outlines down, I was good to fill in the rest with the gold paint. 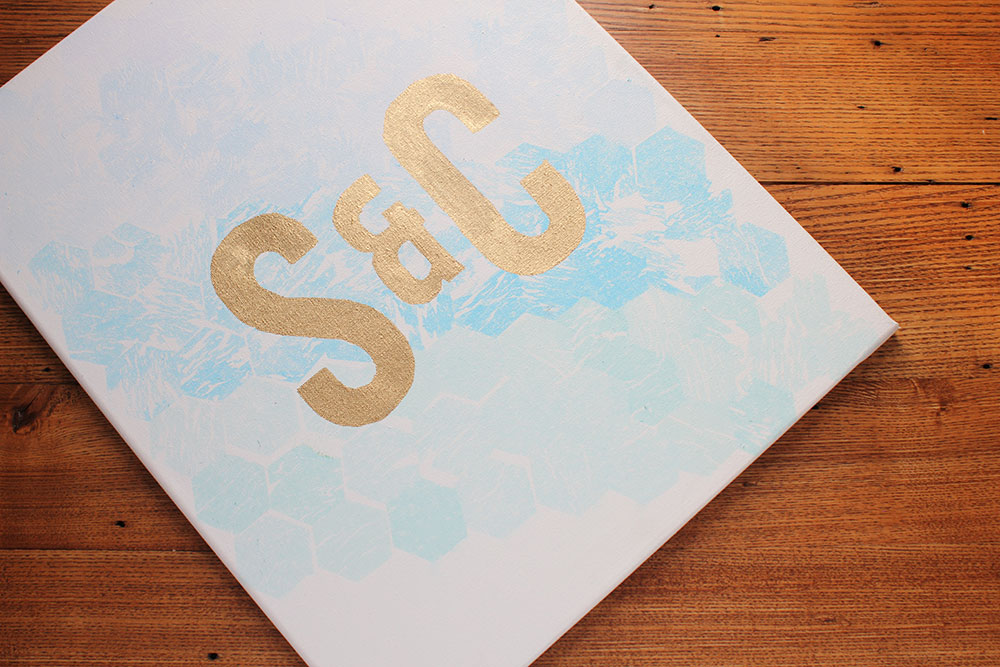 I’m so happy with how it turned out! It definitely wasn’t what I was imagining, but I think it will fit really well with our apartment. Plus I love having something that’s so specific to us. 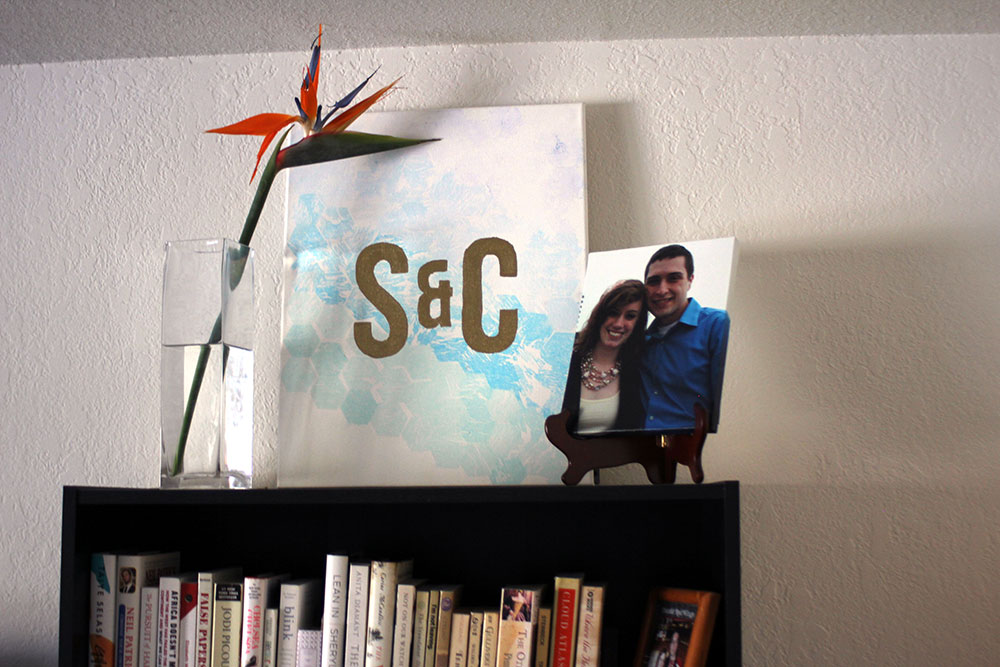 Plus, it goes looks great between my Valentine’s Day flower and a nice canvas photo of us.

What would you put on your canvas?