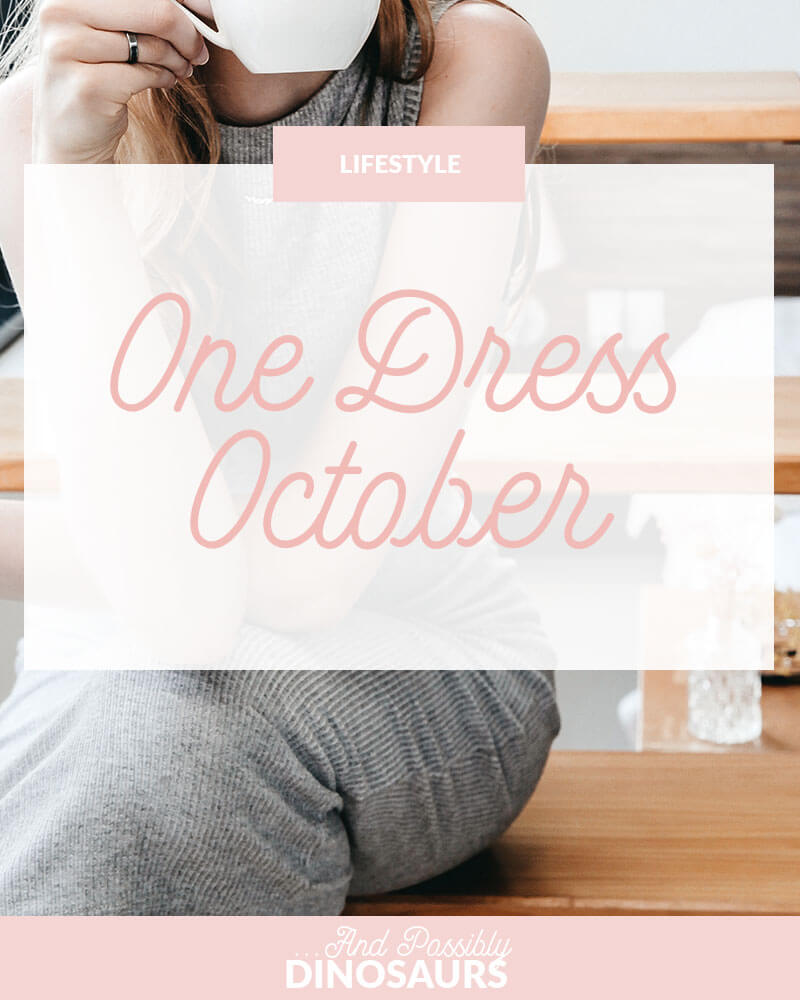 One Dress October has been something I’ve wanted to participate in since I heard about it a few years ago. However, I either wasn’t in a position to do so (like when I didn’t have my own washer or dryer) or I just felt too lazy to try it out.

This year I decided I was going to do it.

So, what is One Dress October? Just as the name implies, you only wear one dress for the entire month of October.

Why would anyone subject themselves to this? The main idea is to learn how to utilize everything in your closet and how to accessorize differently. I found it especially helpful because I kept grabbing for the same outfits over and over again.

By limiting myself, I forced myself to get more creative.

While the point is to wear the same dress for all 31 days, but I had to make some reservations. It was a busy month at work, and we had a big tailgate-themed event at work, so it wouldn’t have been appropriate to wear a dress every single day. Therefore, I decided it would only be applicable on non-casual work days.

Originally, this meant I would wear the dress every Monday, Tuesday, and Thursday for the month of October (we have $5 jeans days every Wednesday, with the donations going to local charities), which would have totaled 13 days in the same dress.

However, some things came up (like the entire week when I wore jeans to work because I had to set up for the aforementioned tailgate-themed event), so it only ended up totaling 10 days in the same dress.

That being said, I thoroughly loved the experience. Here’s a rundown of how it went.

The first step was to pick a dress. I needed one that would be simple enough to go with a lot of things, while also being subtle enough that my coworkers wouldn’t notice I was wearing the same dress every day.

I also didn’t want to spent money on the challenge, so I worked from the selection I had. In the end, I chose this dress from H&M, because it’s simple, black, and comfortable.

I planned everything out in Stylebook, including a One Dress October category to organize all of my ideas. Once I had some planned out (including backups if I didn’t like how it turned out), I chose my favorites and put them into the October calendar. 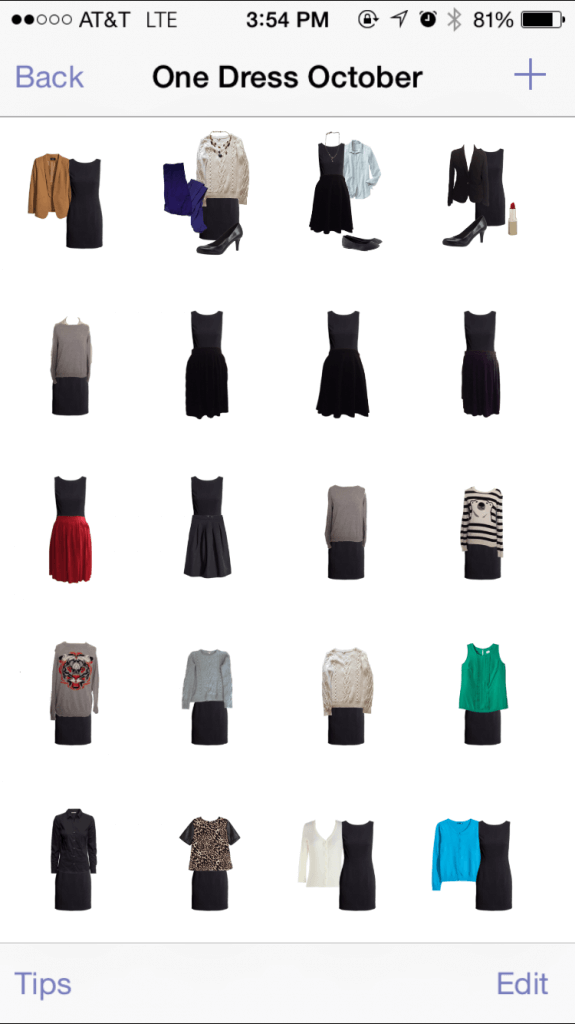 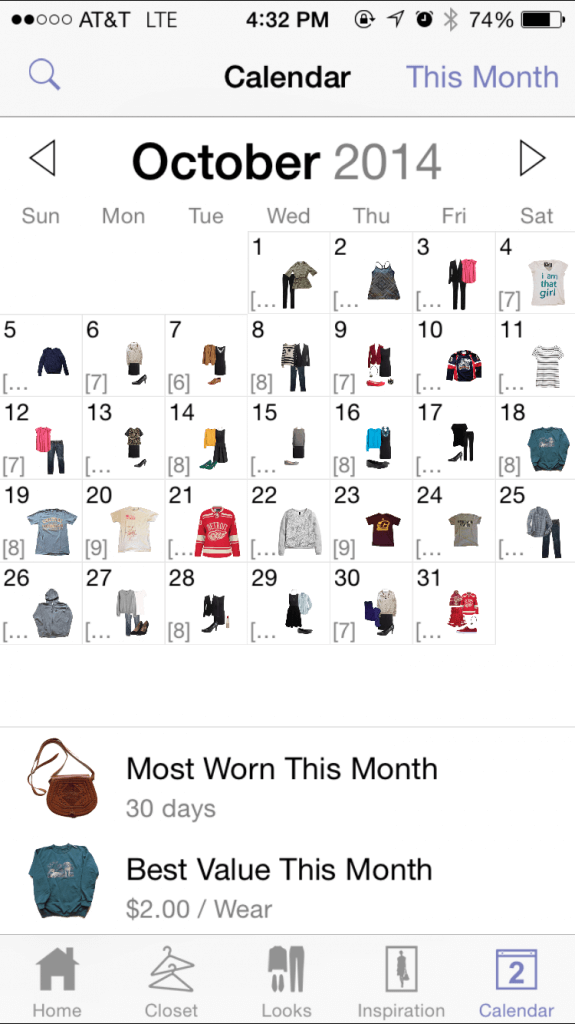 Once I chose my favorite outfit options, I put them into my October calendar in Stylebook. 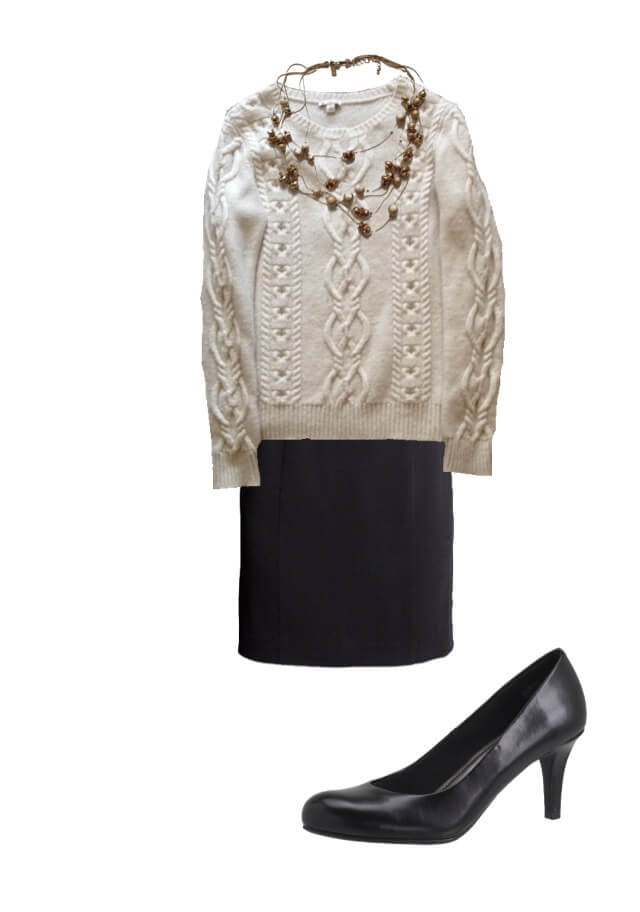 I was able to wear the dress three different ways: as a dress, as a skirt, and as a shirt. I tried to not repeat styles in the same week so as not to be obvious that it was the same dress. It didn’t always work out, but I never had a coworker point out that I was often wearing the same dress.

To start off, I wore the dress with a cable-knit sweater (similar), gold necklace, and black heels. 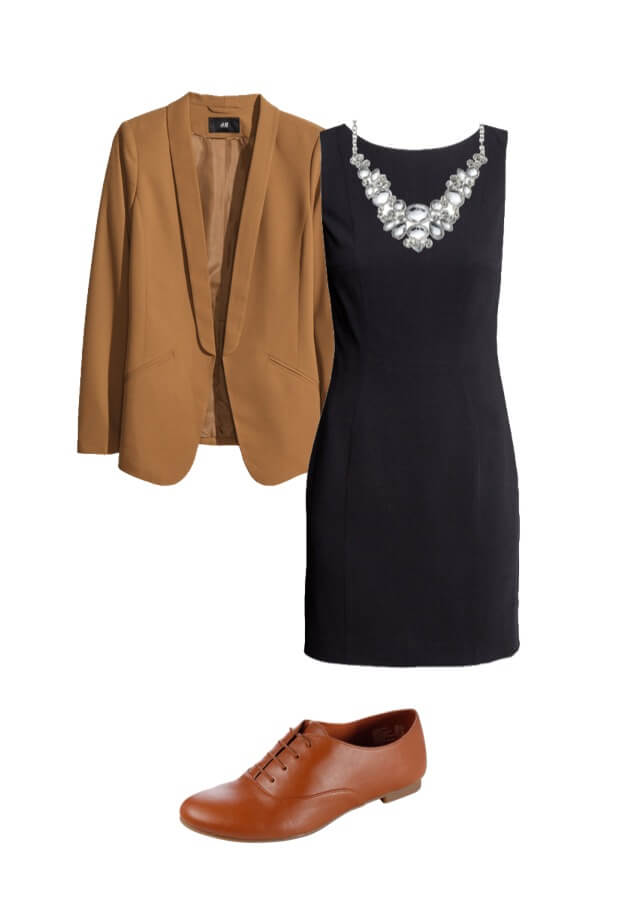 The next day I wore the dress with a brown blazer (same jacket, different color) and some brown oxfords. 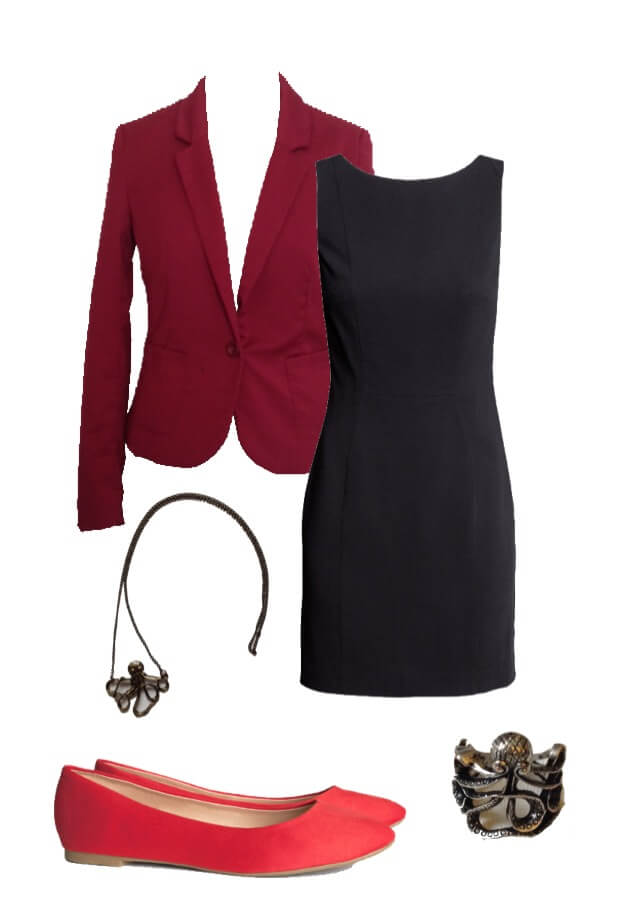 Day 3 was the first day of the Red Wings season, so I had to pay homage. I wore a red blazer (similar) and red shoes (same shoes, different colors), octopus necklace, and octopus ring.

The blazer and shoes look like they’re different shades of red, but I promise they’re much closer in real life. 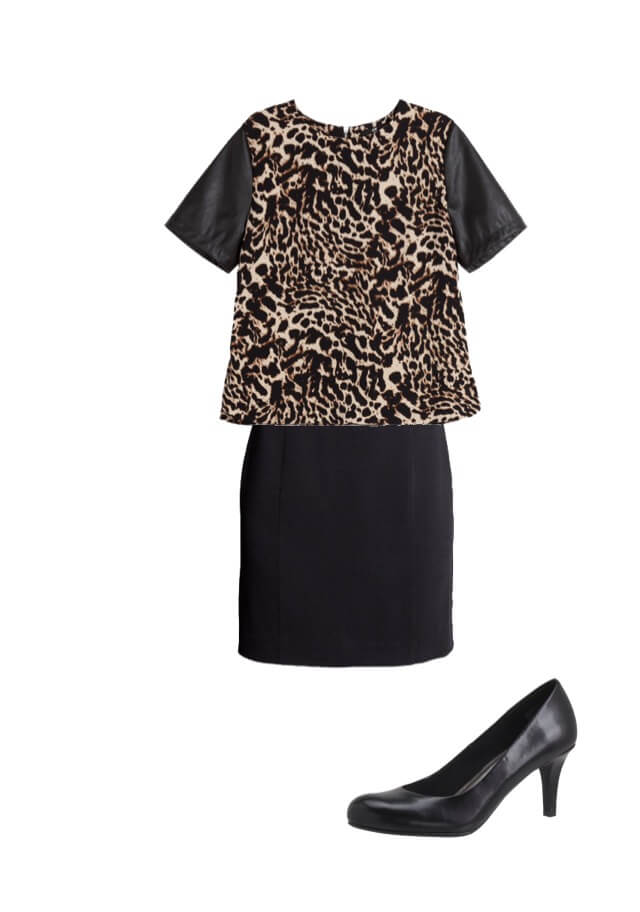 This was my favorite outfit by far. I added my favorite leopard-print shirt (sold out, similar cut) and some black heels.

It was so simple but looked really put together. 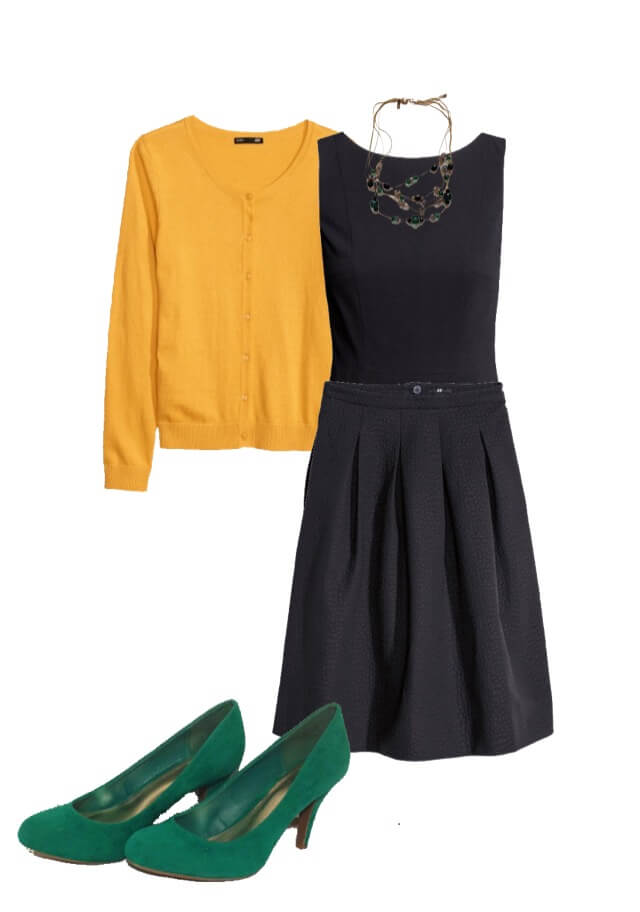 I also felt really put-together with this outfit. I wore a mid-length skirt, mustard sweater (same sweater, different color), some fun green heels (similar), and a gold and green necklace. 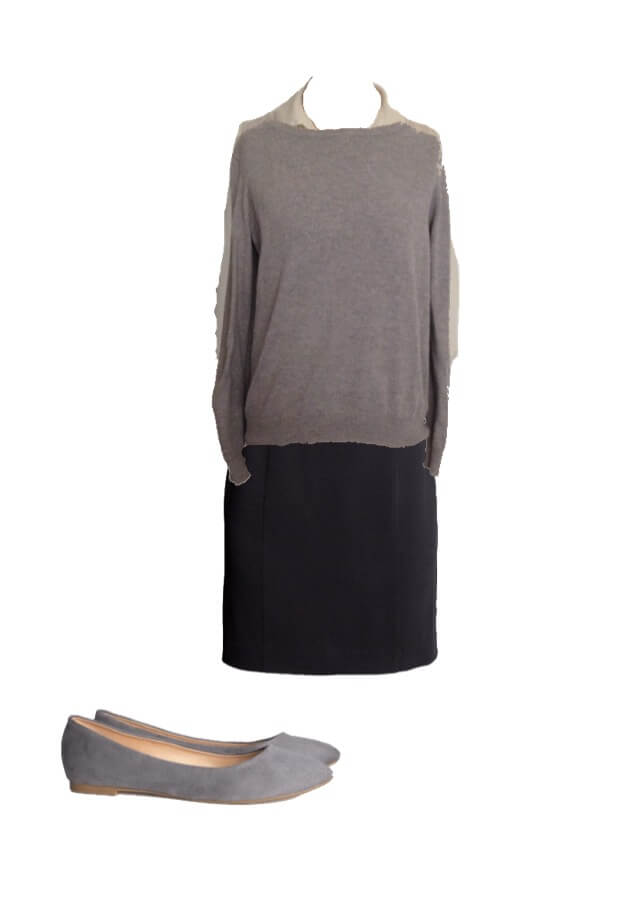 This one was a little more professional, with a basic white button-up shirt, grey sweater, and matching grey flats. 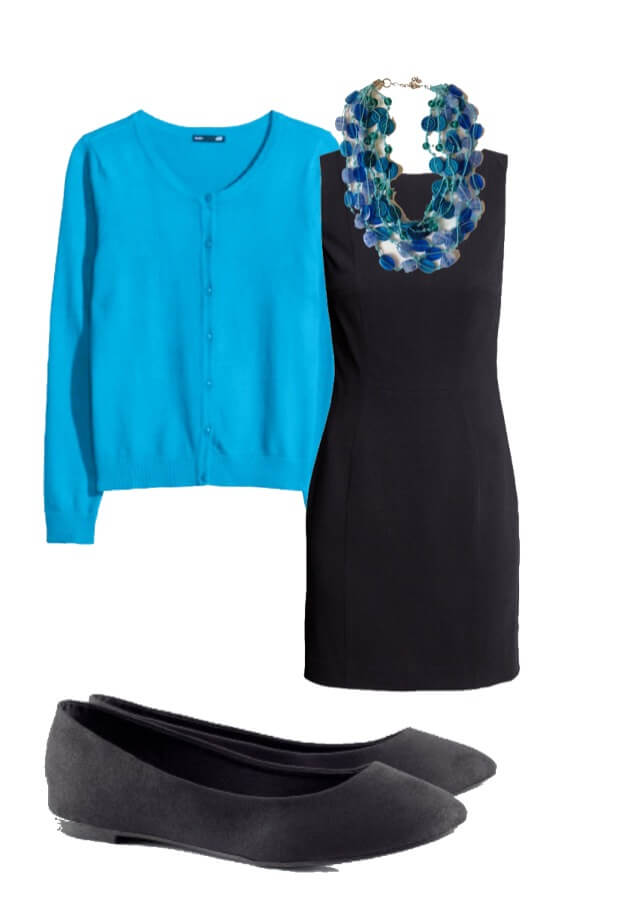 On Day 7, I wanted to utilize the simplicity of the dress to accentuate a blue statement necklace. I added a matching blue sweater (same sweater, different color) and some simple black flats. 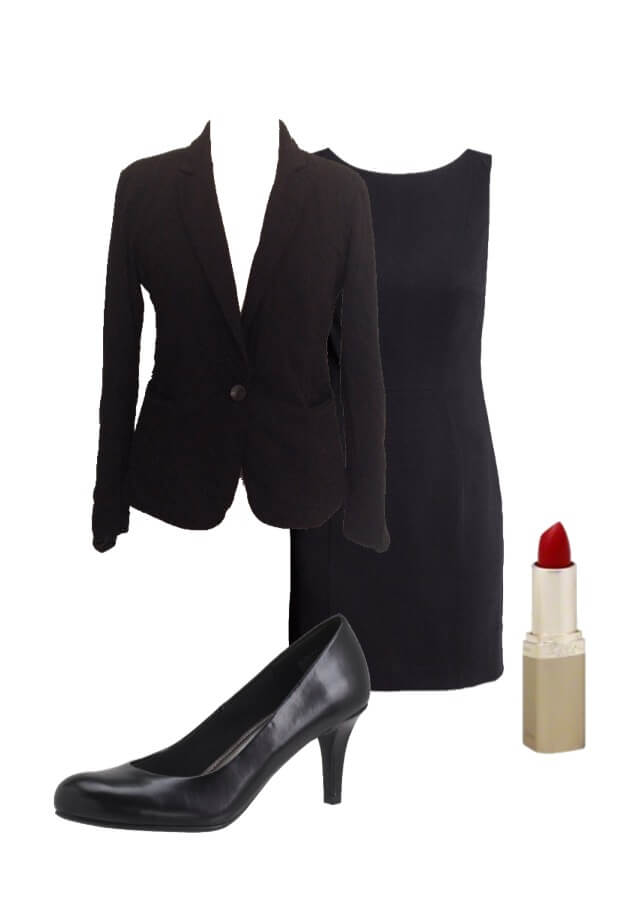 I went simple on Day 8, with a black blazer (similar), black heels, and red lipstick. 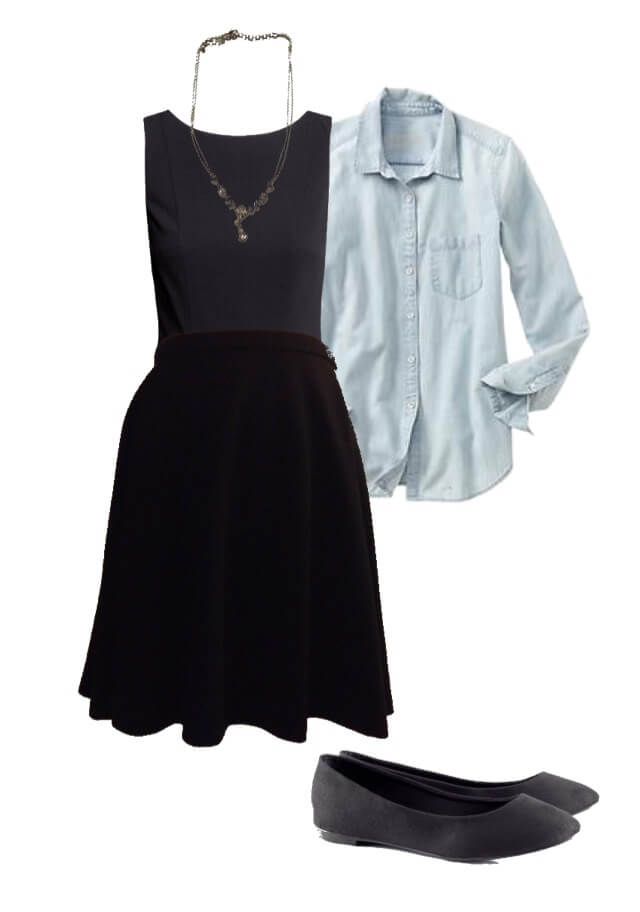 Day 9 was a casual day, but I wanted to continue to wear the dress as October was winding down, so I went casual with it. I wore the dress with a circle skirt (similar), a chambray shirt (similar), necklace, and black flats. 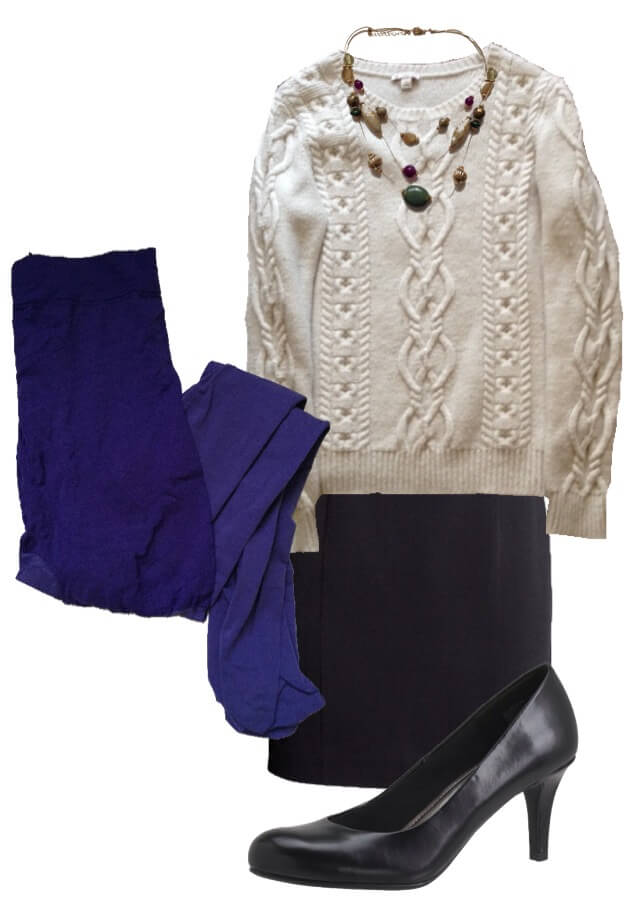 I wanted to wear fun tights at least once during One Dress October, so I pulled them out the last day. I unintentionally wore the same basic outfit as Day 1, which is the only time I doubled up. I added some purple tights, a fun necklace, and some black heels to the cable-knit sweater (similar) I wore on Day 1.

What do you think? Would you ever wear the same piece of clothing for an entire month?