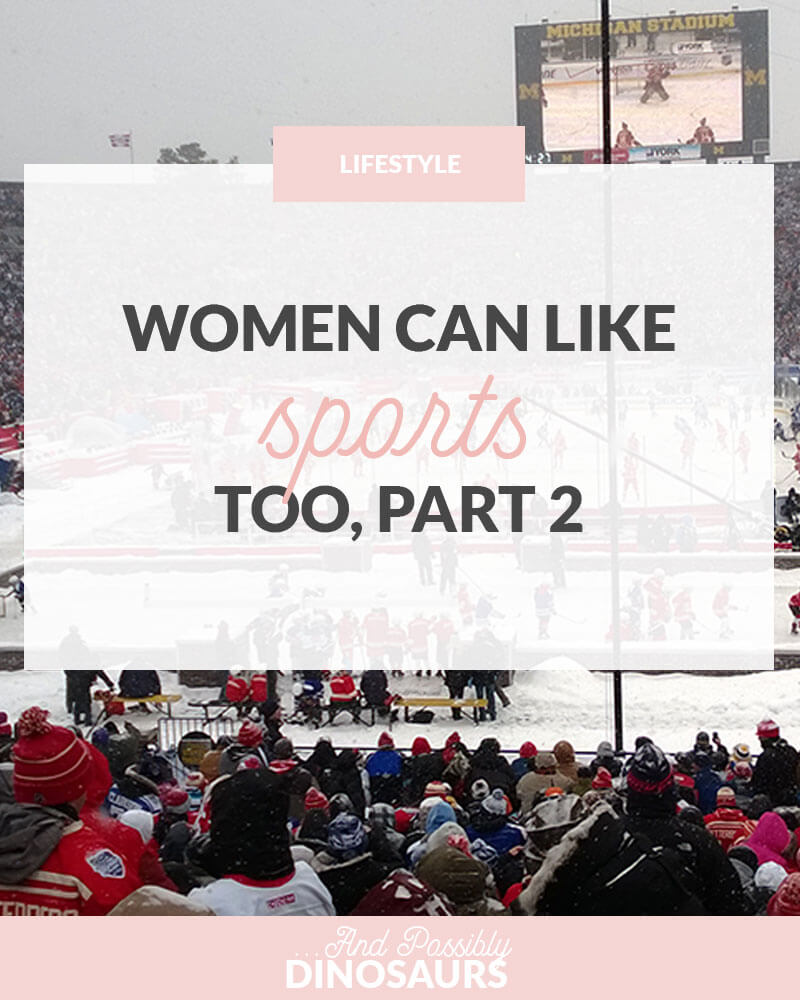 After the post, the song “We Like Sportz” by the Lonely Island kept popping into my head. I like the song, but there’s a line that really bothered me. And it became the topic for Part 2.

“Watching sports with girls is a pain / they don’t know the rules, there’s no time to explain.”

It was my first year as a season ticket holder for the Grand Rapids Griffins. Sean was still living about two hours away, so I went to the games with lots of different people.

One game in particular I took my godfather Jerry, who now shares the season tickets with me.

We were sitting in the front row of the upper bowl, and behind us was another season ticket holder who was quite vocal.  And here’s the thing: I don’t necessarily mind vocal sports fans as long as they actually understand what the hell is happening in the game.

You’re excited about the game. I get that. But don’t yell at the refs unless you understand the rules of the game.

Here’s the thing about me and Jerry. We’re both very outspoken. If something bothers us, we say it.

After two periods of this guy’s unfounded anger, I almost lost it. There were about 20 minutes left in the game, and one of our guys was boarded. We still had the puck, though, so the ref put his arm up for a delayed penalty.

The guy behind me got so angry. “OH COME ON REF? WHERE’S THE DAMN PENALTY?”

I couldn’t take it any more.

“The ref’s arm is up. It’s a delayed penalty,” I said through gritted teeth.

Luckily I didn’t turn around, so I’m pretty sure he didn’t hear me, but Jerry got a pretty good kick out of it.

So what’s the moral of the story?

Women can know the rules of different sports, and it’s possible they can understand them better than men can.

I’ve put a lot of time into learning the different rules of hockey, like what the penalties are and what the lines mean.

I’ve read different sections of the NHL Rulebook before, and I actually found it very interesting.

Don’t get me wrong, I don’t know all of the rules. But I acknowledge that. And if something happens on the ice that I don’t understand, I ask the person next to me if they understood what happened. It was awkward at first, but I’ve luckily got the same people sitting next to me all season. And they’re happy to explain it to me.