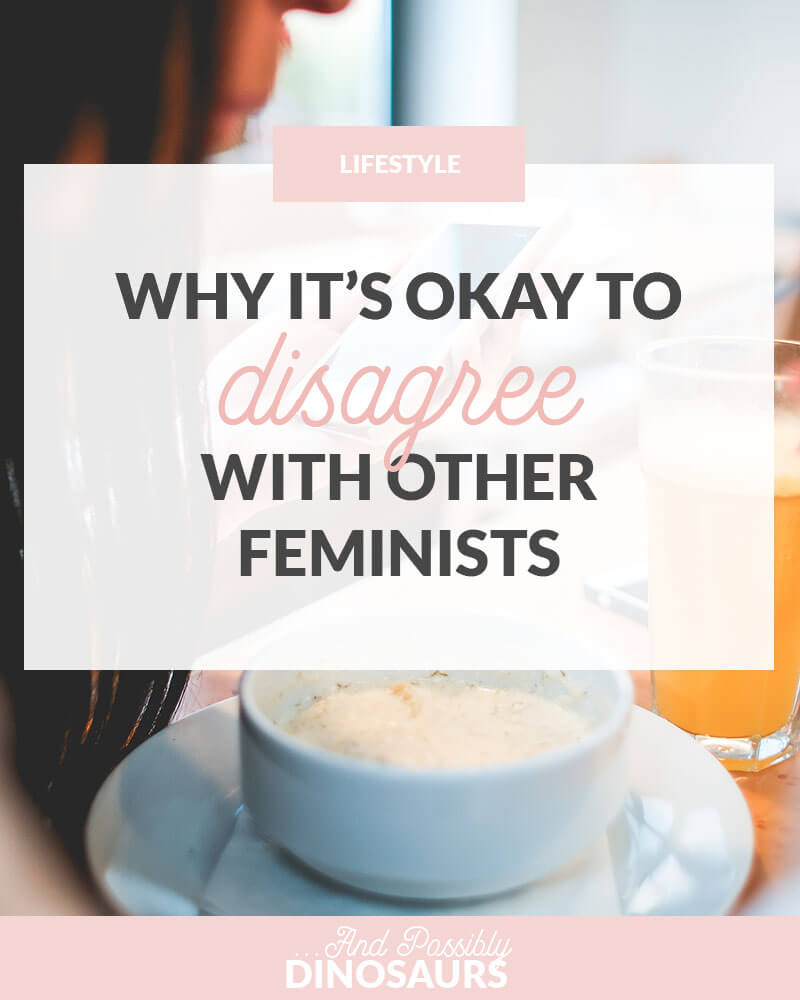 I’m a proud feminist. I could talk about feminism all day any day, and I love connecting with other feminists. But here’s the thing: I don’t agree with all other feminists. Take one, for example: Beyoncé.

Whaaaaaat? Isn’t Queen Bey the face of feminism? After all, she stood in front of a giant light-up FEMINISM sign that one time.

Sure, she’s got great ideas about feminism. But I don’t agree with everything she does. And that’s okay.

There are a lot of feminists out there. I’ve noticed throughout the past few years that feminism is “making a comeback.” It had a really bad connotation when I was growing up (to be fair, it still does), but people are becoming more and more accepting of the idea of feminism.

Beyoncé, for example, says she’s a feminist, but re-records her song “Crazy In Love” for the movie 50 Shades of Grey and sings along with her husband when he references physical abuse toward Tina Turner.

However, she’s also played a big role in bringing feminism back into the mainstream, which I respect. And I relate to the fact that she was hesitant to call herself a feminism for a while.

So yeah, I disagree with Beyoncé on some of her views of feminism. But I also respect her not only as a feminist, but also as a person.

Because the end of the day, “feminist” is still just a label.

It would be one thing to understand the ideals of feminism and take a stance on an issue based on those beliefs. It’s an entirely different thing to think “Emma Watson is a feminist. I’m going to believe everything she does about every feminist issue.”

Go ahead and disagree with Beyoncé or Emma Watson if you feel the need to! (Yeah, I said it.) But do it because you have a different understanding of something than she does. Don’t do it for the sake of disagreeing with her.

It’s perfectly normal to be a feminist who disagrees with other feminists. In fact, I encourage it. Educate yourself on gender equality and then form your own beliefs on different issues. Don’t change them simply because they differ with someone else’s. (Unless, of course, you realize they have a better point than you do.)

Have you ever caught yourself disagreeing with other feminists? Have you ever disagreed with me? I’m curious! Let me know in the comments!