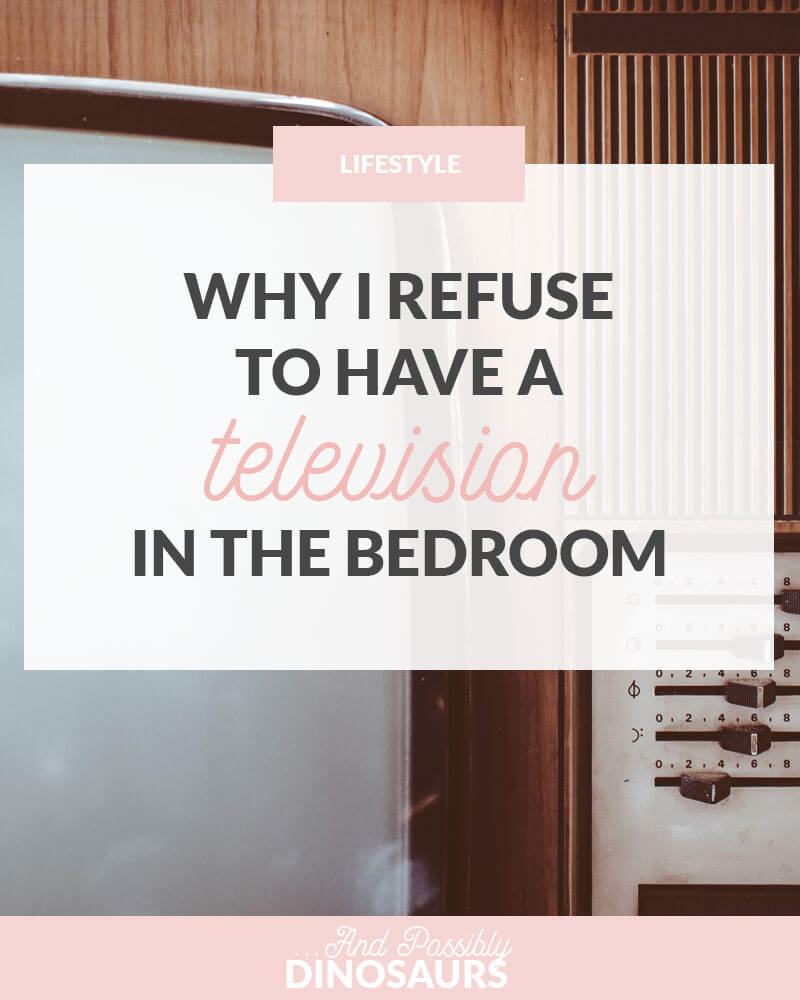 Sean and I moved in together just over a year ago (!!!) and it’s been amazing ever since.

Okay, maybe not all the time. We’ve definitely had disagreements about how to arrange and decorate our apartment. But surprisingly not many.

One thing I was a bit stubborn with (and luckily Sean didn’t put up too much of a fight) was not having a tv in the bedroom.

Why was I so stubborn about it, and how has it worked out since then?

It wasn’t because of money.

We both had televisions from our time living apart. So it wasn’t that I didn’t want to spend the money on a second television.

It wasn’t the aesthetic.

I really don’t mind the look of a flat-screen television mounted on a wall. Sure. the cords could be prettier, but it’s not too big of a deal for me.

It’s because I want our bedroom to be a sanctuary.

I don’t want to be the couple that stays up all night staring at a screen next to each other without any sort of communication. I want the bedroom to be a place of relaxation, not a place where screens take over.

After all, the blue light in our phones, computers, and tvs actually makes it harder for us to fall asleep. So why would you want a tv in the bedroom?

And yes, my rule does extend to laptops, as much as possible. We don’t have our desks in our bedroom (despite only having a one-bedroom apartment), and I try to make sure I’m always working at my desk, not on the bed.

If we’re spending that much time apart, it’s a red flag for me. Sure, I need some alone time every once in a while, but that doesn’t necessarily mean television-watching time. If I really need a break, I’ll go in the bedroom and read.

Do you keep a tv in the bedroom? Why or why not? I’d love to find out!