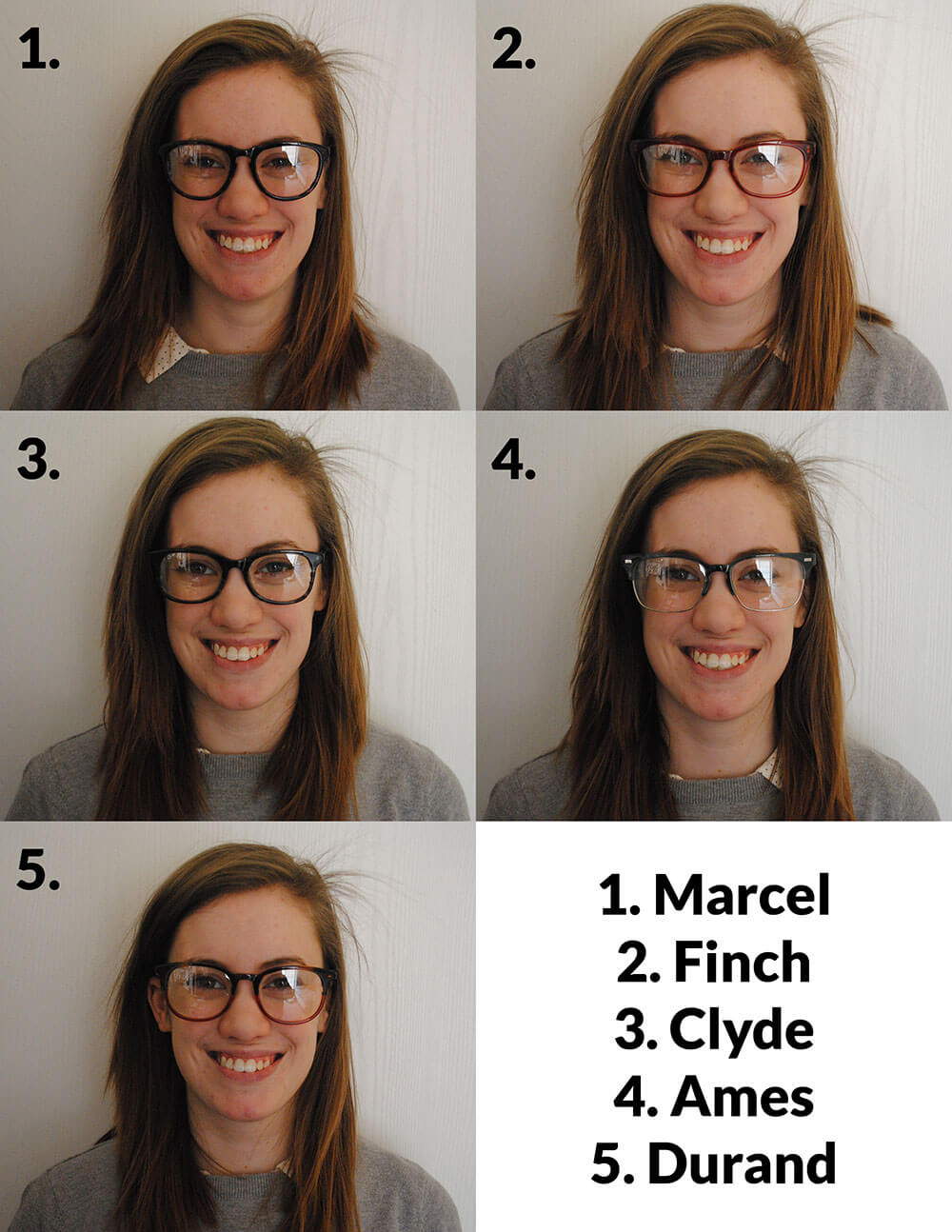 Warby Parker has been getting increased attention in the past few years. Fast Company recently  ranked the glasses company 17th on their list of Most Innovative Companies in 2014.

I’ve loved the company for a few years now. My first pair is the Preston in Whiskey Tortoise, and I love and wear them all the time.

However, I’ve decided it’s time for a change. I’ll still keep my Prestons as my go-to glasses, but I wanted a second pair that’s a little more fun for every-so-often.

I recently got a Home Try-On of five different pairs I’m interested in. How great is that? You see some glasses you like, but you aren’t sure how they’ll fit your face. Just give them your credit card number (in case you don’t send them back) and they’ll send you five frames of your choosing so you can see how they look! Brilliant.

These are the five I went with:
1. Marcel in Plum Marbelwood
2. Finch in Grenadine
3. Clyde in Blue Marblewood
4. Ames in Graphite Fog
5. Durand in Saddle Russet

However, the Home Try-On program isn’t my favorite part about Warby Parker.

Neither is the fact that most pairs are only $95 (although that’s a close second).

Oddly enough, my favorite part is also the thing people know the least about.

Many people have heard of TOMS Shoes and that for every pair of shoes they sell, they donate a pair to someone in need. Well, Warby Parker is basically the same thing with glasses.

According to the Warby Parker website, they’ve been able to donate more than 500,000 pairs of glasses (so far) to people in need. They’ve been distributed in 36 countries around the world, and 10,000 low-income entrepreneurs have been invited to sell affordable glasses in their communities.

Many people don’t like the TOMS buy-one-give-one model because it creates a dependency on first-world donations. The Warby Parker model, on the other hand, enables people around the world to go back to work and become independent, which they couldn’t do before with unaided poor eyesight. One pair of glasses increases productivity by 35 percent and income by 20 percent.

So, which pair of glasses do you like on me the best? Which do you hate? Or, do you see a pair on the website you think I should try instead? Let me know!