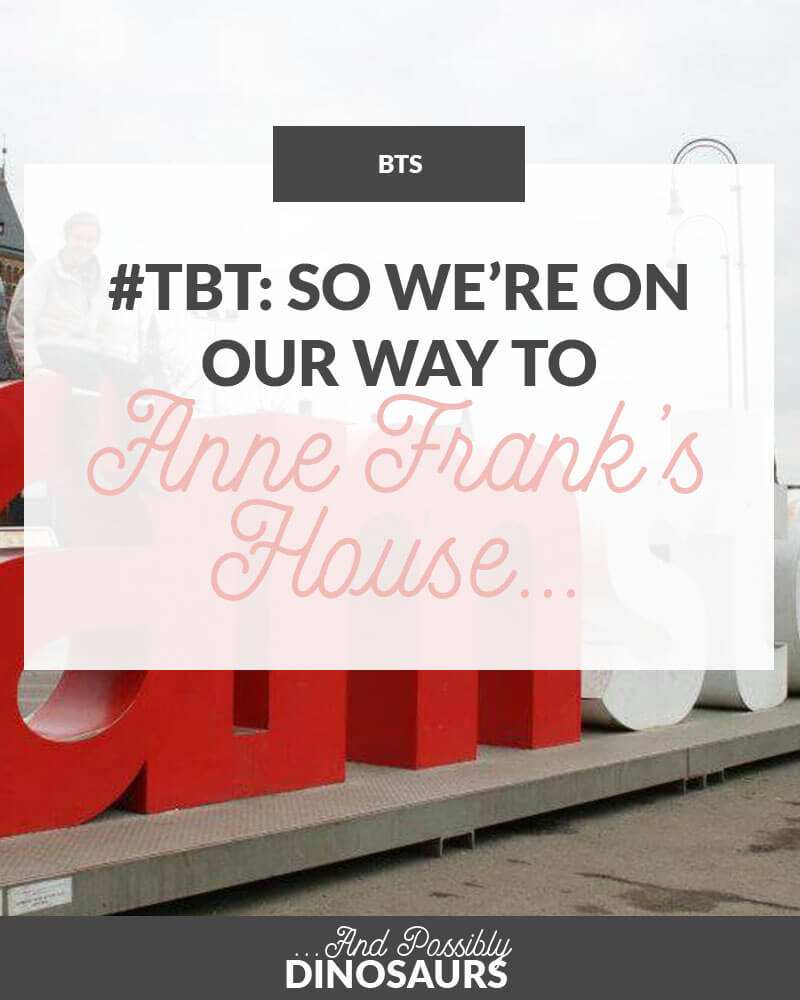 This picture was taken two years ago today. I traveled to the Netherlands for spring break with my friends Randi and Amber to attend a conference on the use of child soldiers and the International Criminal Court.

The trip was life-changing, so I wanted to share a bit from my old blog (that just never really stuck) about March 6, 2012.

We had two choices for the day: Amsterdam or The Hague. We decided to go to Amsterdam, and I am happy with our choice. We took a 45-minute train ride to Amsterdam Centraal Station. On the way, we saw the International Criminal Court from a distance, which was very exciting.

We had three main goals for our trip to Amsterdam: The Van Gogh Museum, Anne Frank’s House and shopping. We managed to get all three in and still made it back to the hostel for dinner.

We took the tram to the Van Gogh museum, but we weren’t sure which stop to get off at. We got off randomly and looked at a map, then saw a store we wanted to go into. I ended up getting a really nice scarf (it was on sale, of course) and the cashier told us the easiest thing to do would be to get back on the tram and get off when the driver says Van Gogh Museum. It was a much simpler trip than we thought it had been. Sure enough, the tram got out right in front of the Van Gogh Museum.

In my opinion, the Museum was awesome. I got to stand less than two feet from some of my favorite paintings, including Van Gogh’s self-portrait, the Bedroom and Sunflowers. I also found some others I really liked, like the Pink Peach Tree and Almond Blossom. We weren’t allowed to take pictures, which was a bummer, but I splurged on a book in the gift shop that has all of the paintings with descriptions of them.

Once we left the museum, we saw the I Amsterdam sign from a distance. It was awesome, but there were a ton of people around, so we got a bite to eat and waited until it cleared out. We climbed on the letters and took pictures, which was a lot of fun.

The next attraction was Anne Frank’s House. We had heard the best way there was to take a bus, but we had heard it was only a half an hour walk. We took a picture of the map from the Amsterdam sign to Anne Frank’s House and figured out how to get there on our own. It was free, and we were able to shop along the way. I ended up getting myself two dresses and a skirt at H&M. I’m really excited to wear them back home.

As we were nearing Anne Frank’s House, we saw a yellow-and-zebra-print double-decker bus and a large group of people. The bus had “Party Rockin’” on the outside, so naturally, our first thought was “Is this an LMFAO concert?” We were close. As we neared the group, we spotted the two guys from LMFAO, but it wasn’t a concert. They were filming their newest music video. Not only was it crazy and random, but I had just tweeted last night about not being able to get away from LMFAO in the Netherlands because I heard one of their songs playing. The next day I ran into them in person. What are the odds?

We were right around the corner from Anne Frank’s House (It seemed really odd to me that they would shoot a music video outside a very somber place, but I’m not exactly sure LMFAO knows who Anne Frank is in the first place, so whatever.), so we stopped there. It was really sad, as was expected. I haven’t read her diary, but I fully intend to, especially after being at the actual place. Almost everything was still intact, and quotes from her diary were on the walls to give perspective to what happened where. When we got to her bedroom, most of the pictures she had glued on the walls were still intact with a Plexiglas cover over them. At the end of the tour there were cases with what looked like her diary. However, when I looked closer, I noticed a sign that said the original had to be removed to protect it, and the ones on display were replicas. That was a bummer, but it was still a great experience.

You read that right. We were on our way to Anne Frank’s house when we ran into LMFAO and Far East Movement. A few weeks later, the music video came out, and we ended up being in it: 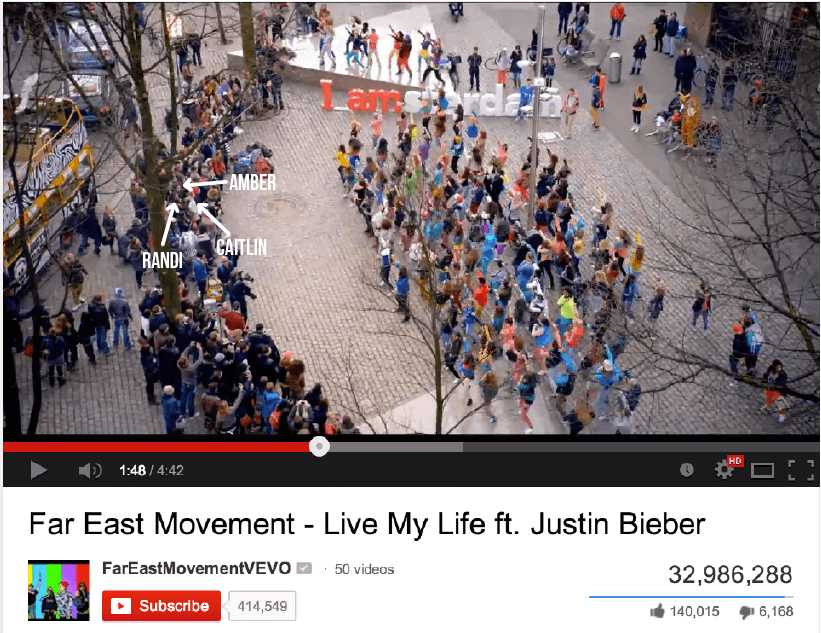 We’re pretty sure the videographer was standing on the roof of Anne Frank’s house to get that shot. A little unsettling.

So, there you have it. I’m pretty sure this is the ultimate Throwback Thursday. We were on our way to Anne Frank’s house when we found ourselves in the middle of a music video.