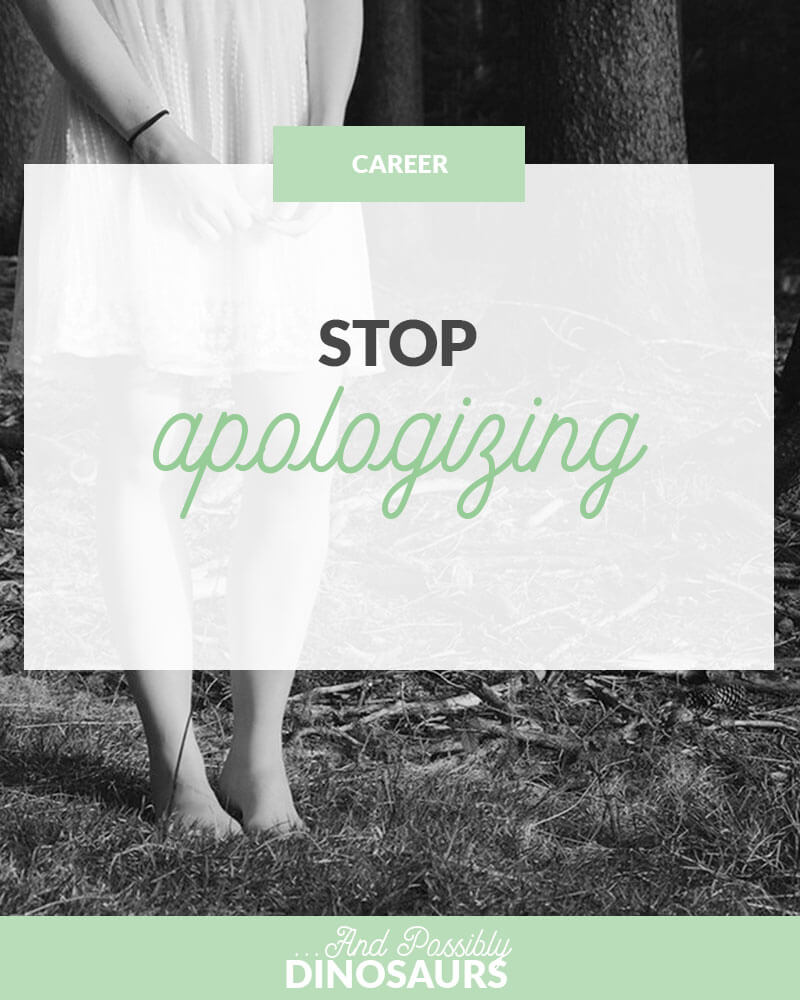 It’s common knowledge that women apologize a lot. If you haven’t seen the Pantene commercial about how often women say sorry, I encourage you to watch it. No matter what your thoughts are on Pantene, you had to admit it’s pretty powerful.

Why is apologizing such a bad thing? I mean, it shows that we’re emotional and kind, right?

Sure, depending on the case. But apologizing for something that isn’t your fault doesn’t help when you want (and deserve…) respect.

We’re taught from a young age that manners is incredibly important. And rightfully so. No one wants to be that person who’s super rude. But all of this emphasis on manners can be harmful.

It seems that apologizing is emphasized just as much as “please” and “thank you.” We’re taught to say sorry for things that aren’t even our fault.

For example, there are plenty of times I’ve caught myself apologizing for getting in someone’s way at the store. I would need to run in front of someone really quick to get out of the way, and I’d say “ope, sorry!” and scurry on my way. One day, a woman called me out on it. I hadn’t done anything wrong, so I had no reason to apologize.

I’m so thankful for that woman calling me out. Since then, rather than saying “sorry,” I just smile and say “excuse me.” Because it’s an appropriate comment when you are in someone’s way.

In my opinion, this is even more pivotal in the workplace than it is at the grocery store. In the Pantene commercial, a woman is shown saying “I’m sorry, can I ask a stupid question?” during a meeting. Then, in the same scenario, she says “I have a question.”

Which one is more powerful? Which version would you respect more?

It’s important not to dumb ourselves down or apologize, assuming we’re being a nuisance.

News flash: doing your job does not make you a nuisance, so stop apologizing for it.

I’m challenging myself: for the next seven days, I won’t be apologizing. Unless I do something seriously wrong, you won’t hear me saying any version of “I’m sorry.” I’m not doing this challenge to be rude; I’m doing it to take myself more seriously. Hopefully others will take me more seriously as a result.

Want to join me in the challenge? I’d love some support with it! Let me know in the comments.