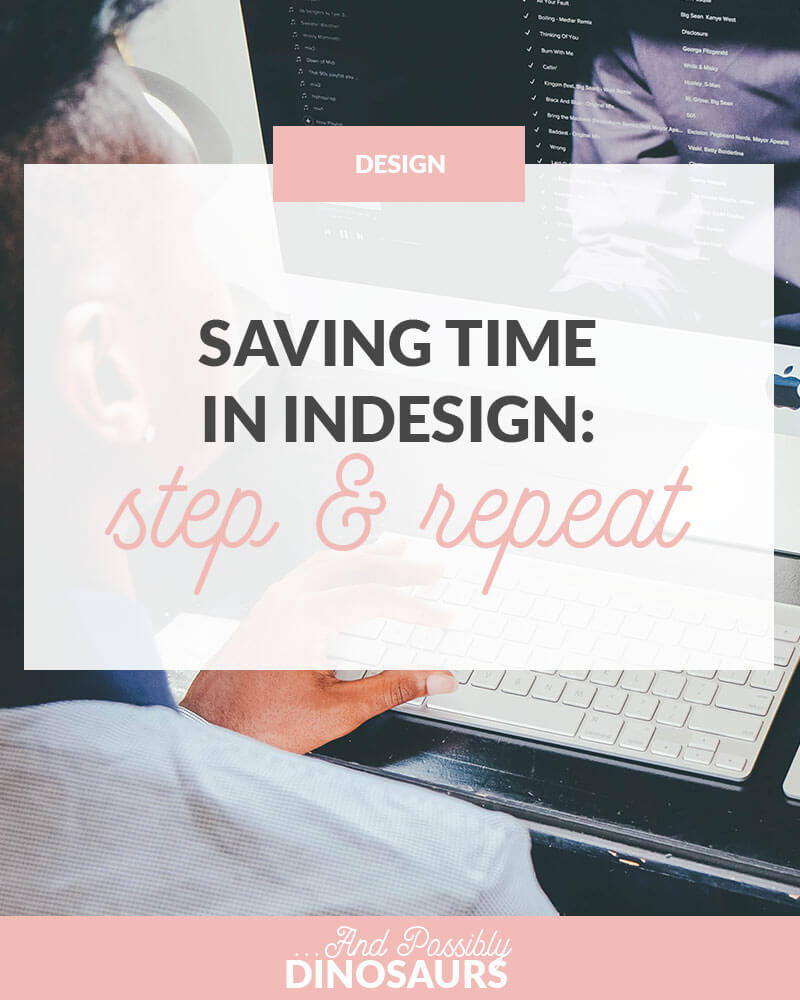 We all know that I love saving time, especially when it comes to my blog. I definitely don’t want to sacrifice quality, but I don’t want to spend a ton of time doing the same thing over and over again.

There’s one InDesign tool that I’m always using to save time: step and repeat.

While it may sound like a military command, Step and Repeat is actually a really useful tool for graphic designers.

So, what the heck is Step and Repeat?

Step and repeat is easily one of my favorite tools in InDesign, right up there with Pathfinder. It’s a way to create repeating objects at set distances apart. It takes the original object or objects and copies them however many times you’d like.

How to Use Step and Repeat to Save Time in InDesign

To use Step and Repeat, you’ll need to open up a document and create an object you’d like to repeat. In this tutorial, I’m going to create a grid of squares to fill in with photos.

1. Draw the shape you want to repeat.

First I drew the square I wanted. I colored it in with black so it was easy to see, but the color didn’t matter to me; the boxes were going to have photos in them anyway. 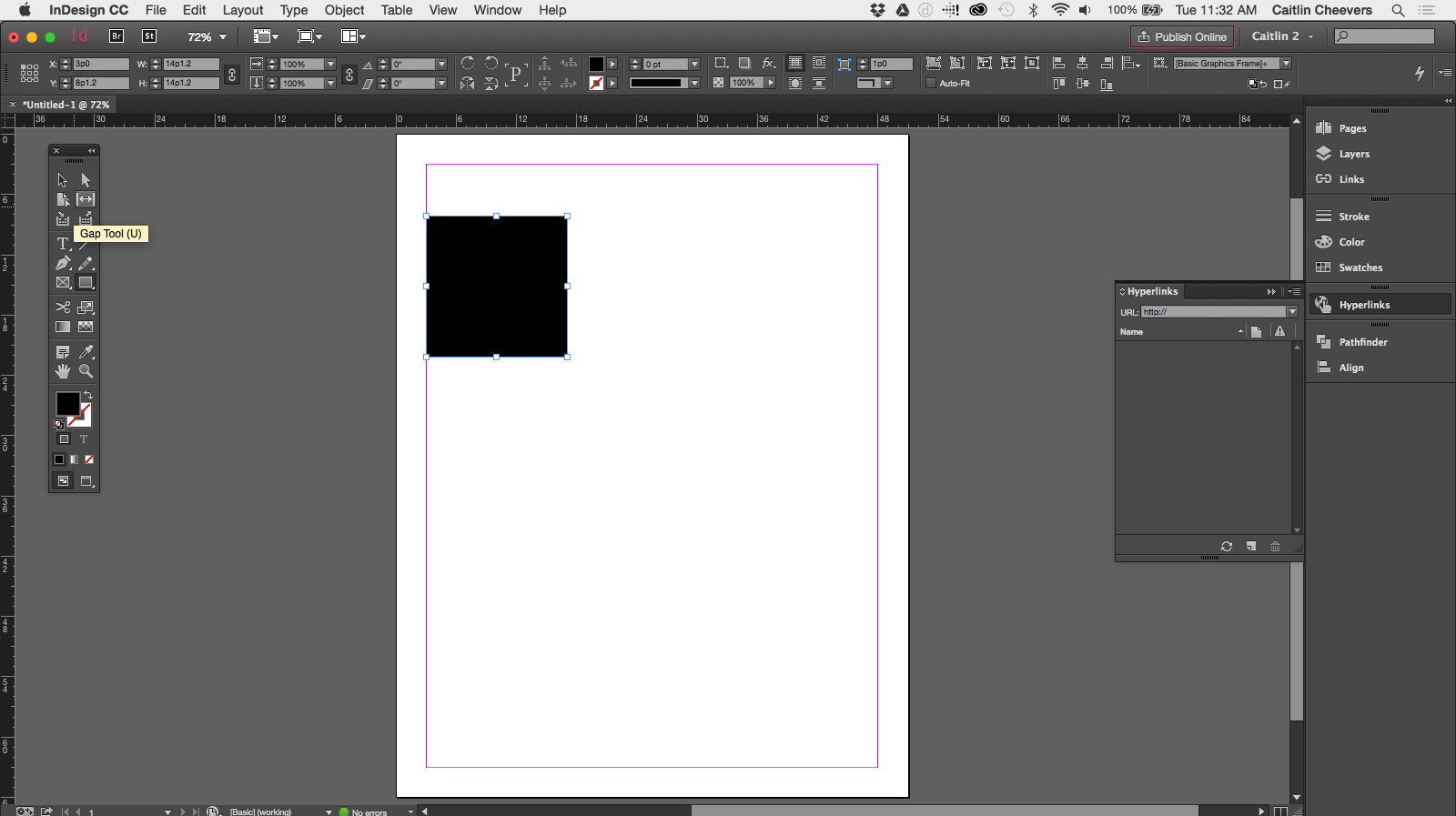 While the object is selected, go to Edit -> Step and Repeat (or use the shortcut Command + Option + U). A screen will pop up with the options. 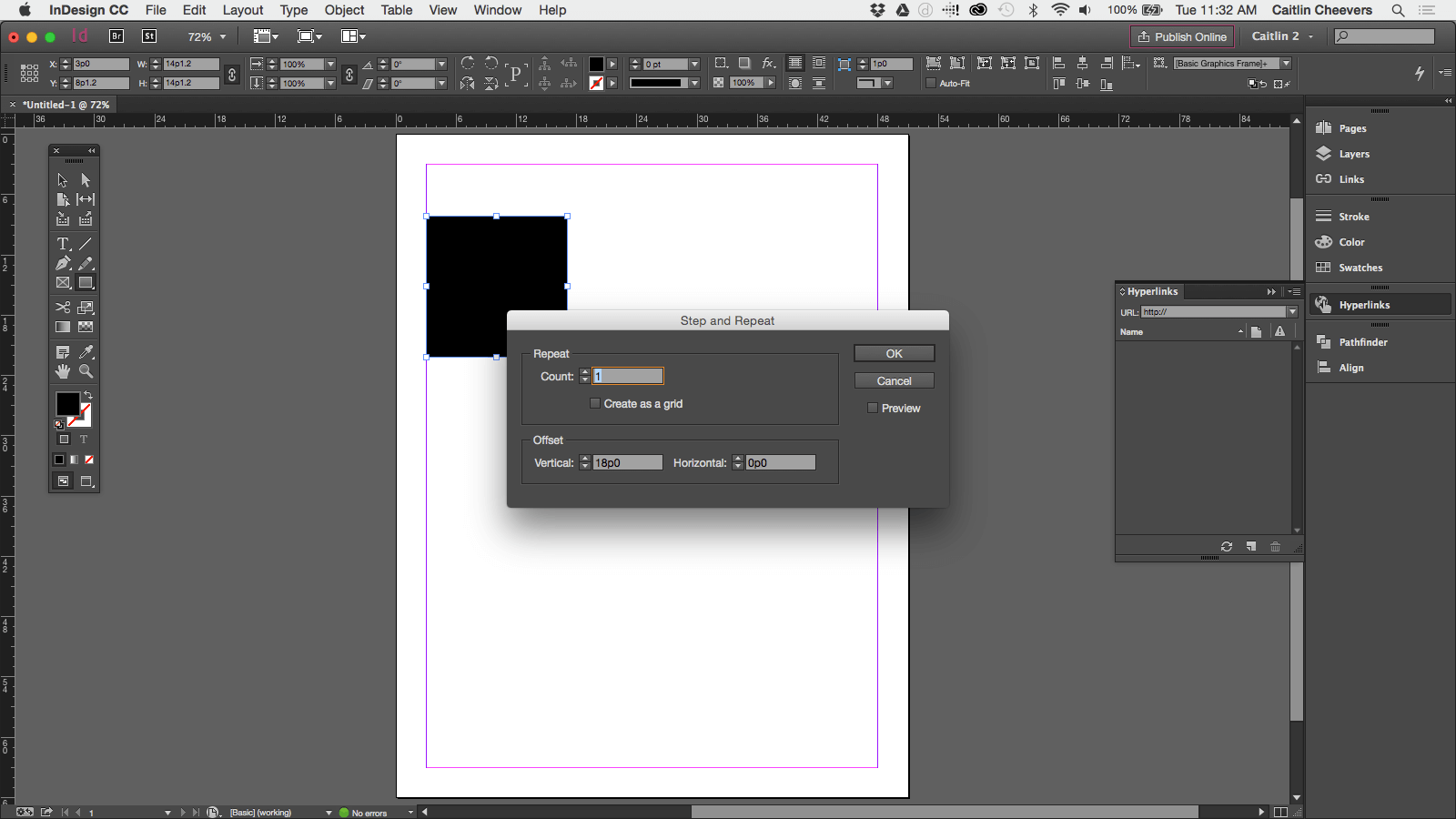 I typically change the Offset variables first, because it can give you an error if the variables are too large for the repeat value. It won’t let you repeat so much that it goes off the page.

I can see in the top menu of InDesign that the width (W) and height (H) are 14p1.2 each. (I use picas, but you can use pixels or inches if you’d like.) So, I plug 14p1.2 into both the Vertical and Horizontal Offset values. 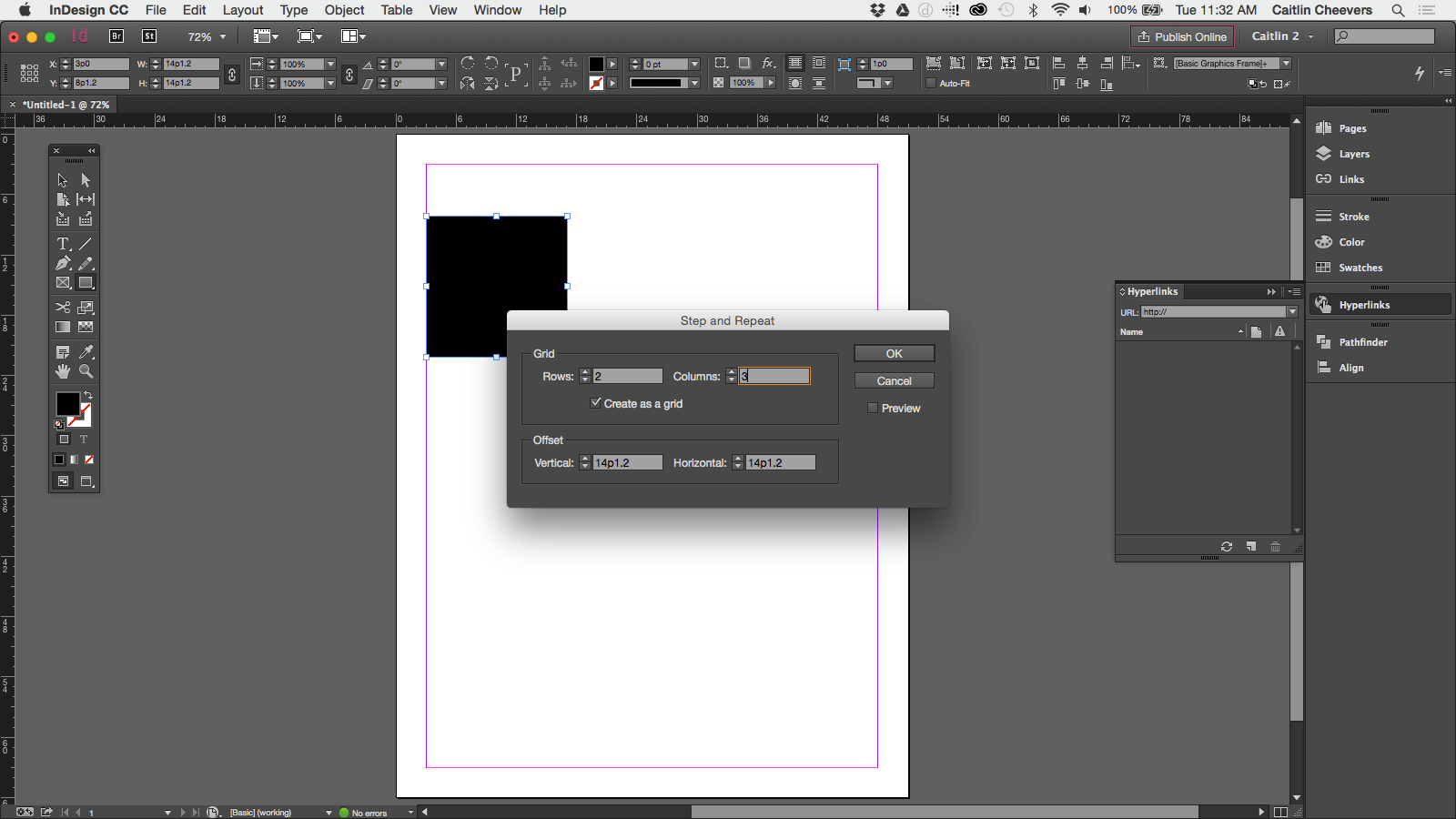 I also wanted to create a grid, so I checked that box. I thought I’d want two rows and 3 columns, so I entered those values. 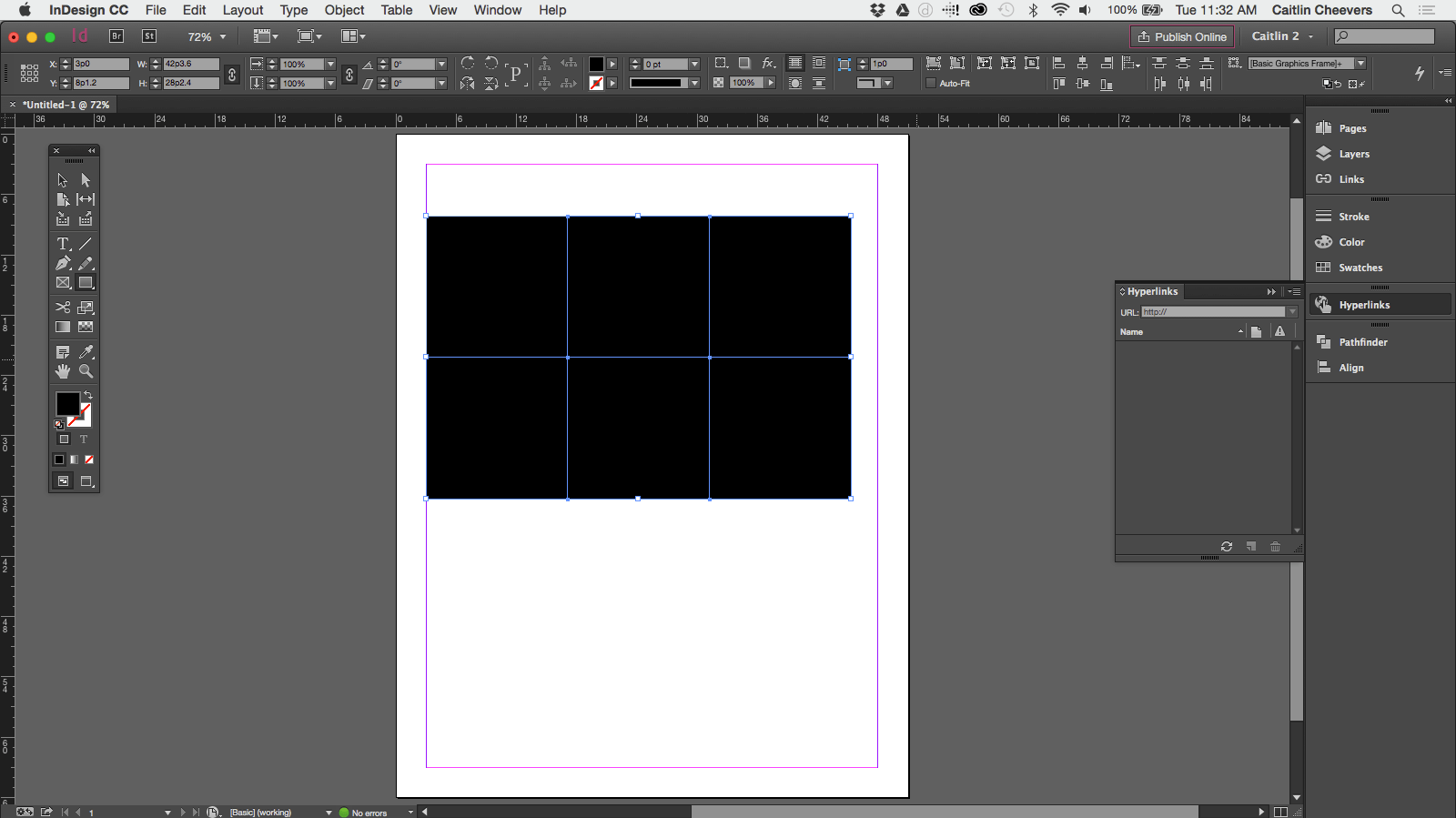 Voila! Exactly what I wanted.

Once I saw this, I realized I actually wanted a square, so I wanted three rows and three columns. Rather than undoing Step and Repeat and redoing it with a bigger grid, I decided to highlight the bottom row and repeat it. You can select more than one object and repeat them, no problem.

I simply unchecked the “Create a grid” box, because I just wanted to repeat the selection once. I also removed the horizontal offset value, because I wanted it to appear directly beneath the selected boxes. 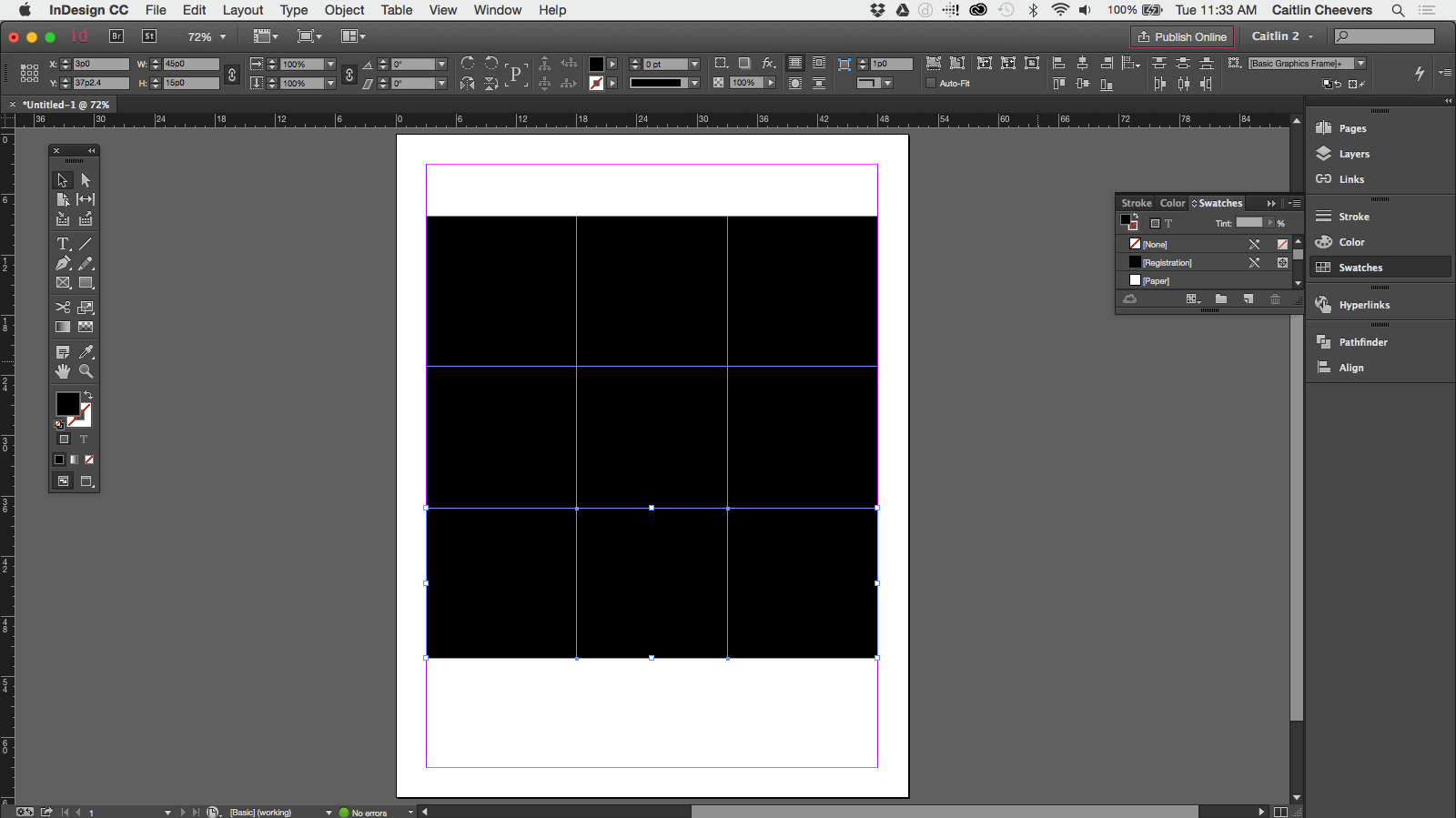 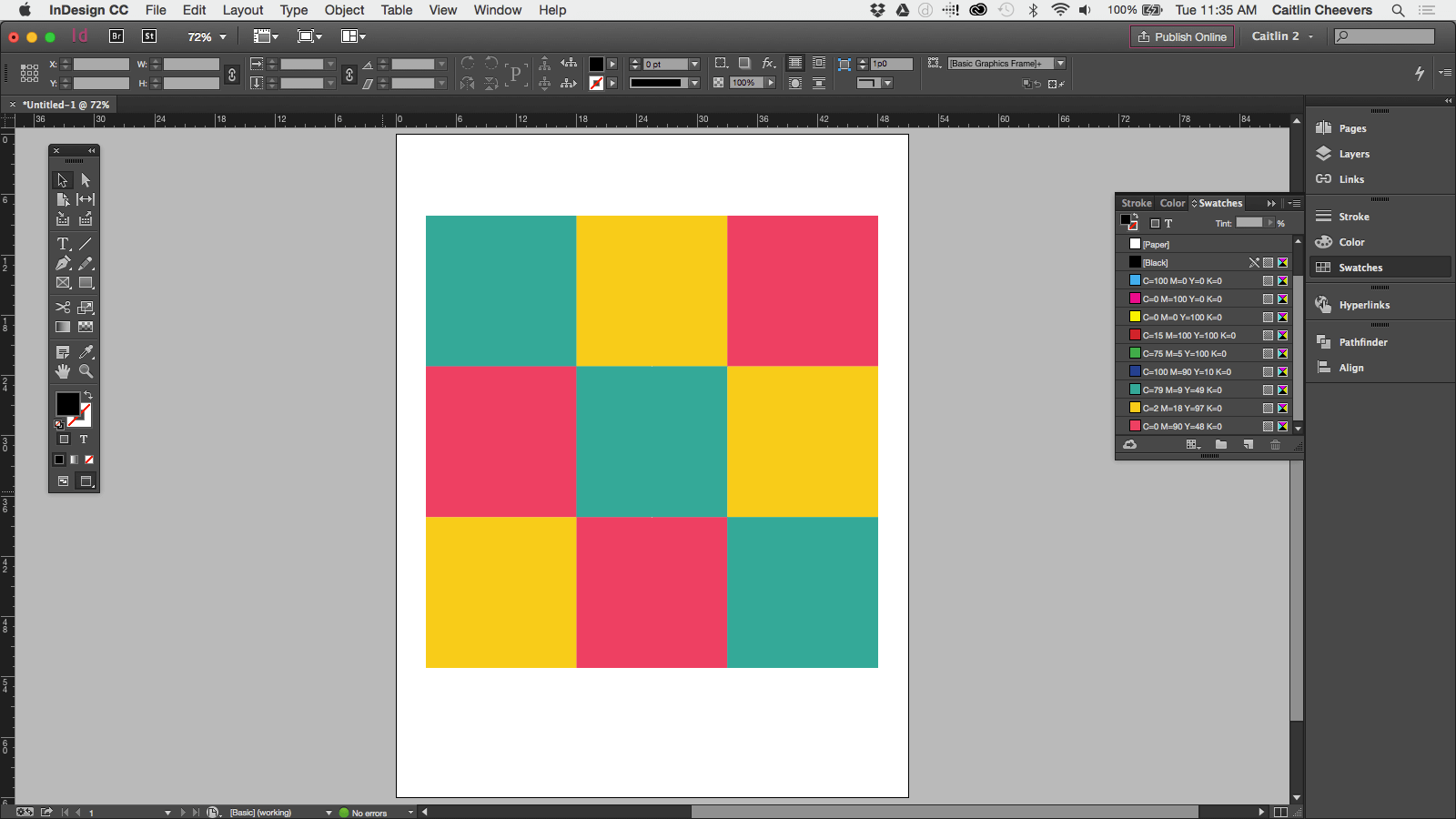 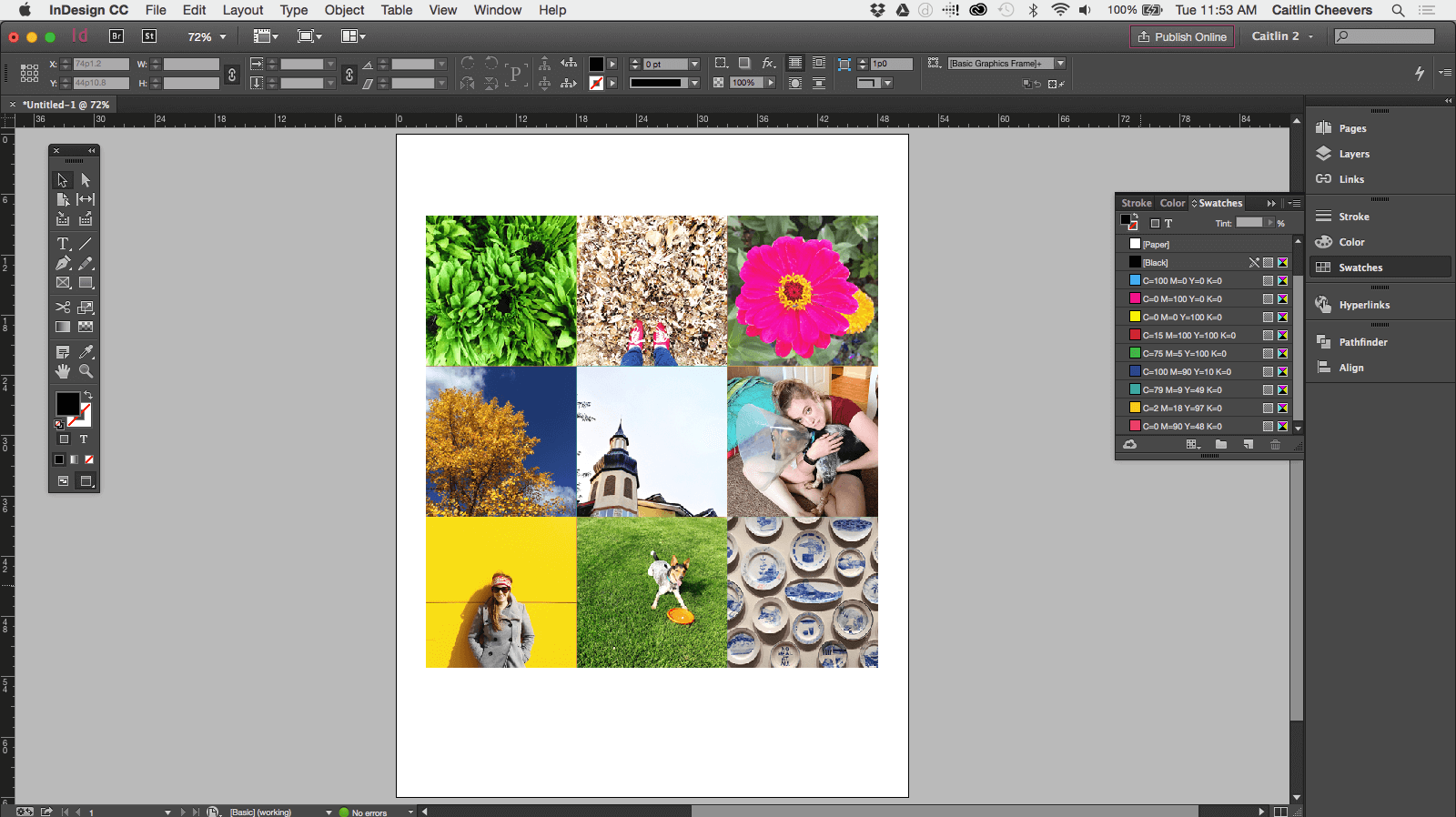 Ta-da! Easy, right? Much better than copying and pasting the box eight times.

Have you ever used Step and Repeat?