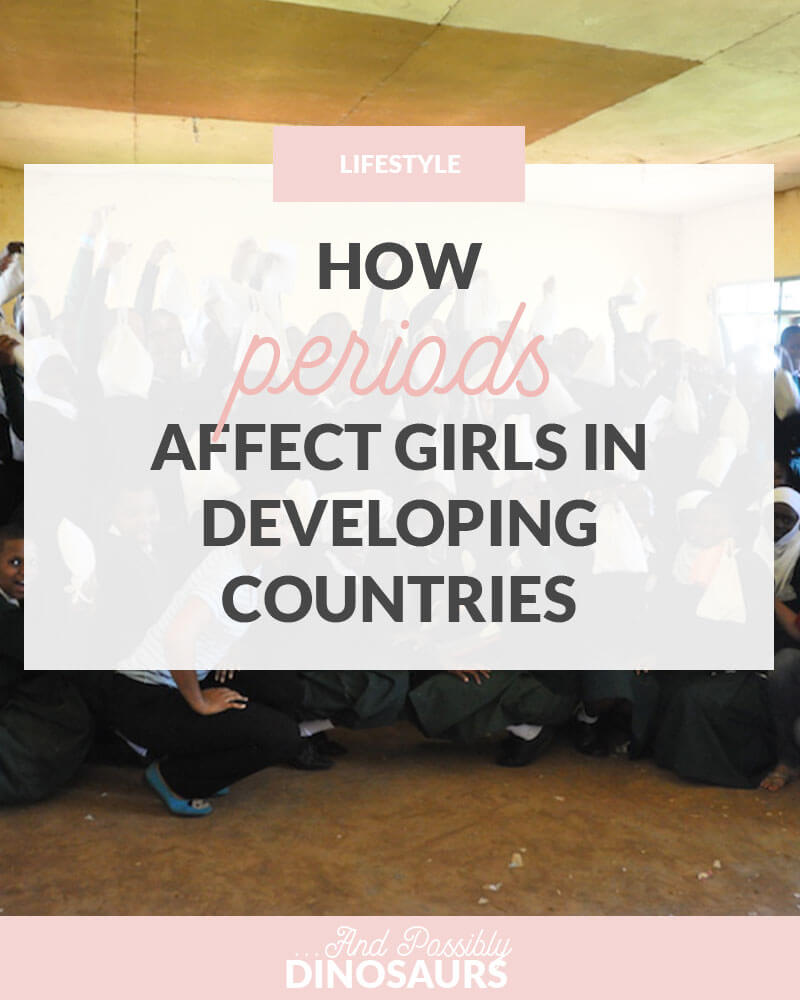 If there’s one thing people don’t want to talk about, it’s periods. Trust me, I was among those who thought it was super taboo until not too long ago. But I’ve changed my mind and I’m pretty open about it now.

After all, half of the population experiences them at some point in their lives. So it’s something we need to talk about. In fact, some of my best girl friends and I (here’s looking at you, Angela) talk about them all the time.

And that’s super important, for many reasons. So this month, I’m going to be talking about how periods affect different things around the world.

Today’s topic? Periods affect girls in developing countries in a big way. Like, not just “okay, you need to start using pads and tampons and can get pregnant” kind of way. In a “you are probably going to drop out of school” way.

Imagine this: you’re living in rural Kenya and just started your period. You’re part of the 40% of the population living on $1.25USD per day, and a pack of pads costs you $1USD. Since that cost isn’t feasible for you, you’re forced to stay home and bleed without any menstrual products, and are therefore missing out on an entire week of school every month.

In addition, menstruation is incredibly taboo, so it’s not something people talk about. You can’t ask for extra help from your teachers, because you can’t really talk about why you’re missing school.

After a while, you’re forced to drop out. Because who can get by on 75% of their education? It’s just not feasible.

In one school in Tanzania, 56% of girls missed 2-4 entire days because of their period. How crazy is that?

So, what’s the solution?

Disposable products are expensive, especially in developing countries. For example, I studied abroad in Ghana back in 2011, and I had to buy a small pack of Always for $20USD. I didn’t even bother trying to buy tampons because they were even more expensive than that.

Luckily, I was there for six weeks and only had one period in that time frame. As a poor college student, that high of a cost just wasn’t going to work long-term.

Not to mention, the store where I was at had roughly three options available. It’s such a taboo in many countries that they just don’t offer the selection you can find in America.

So, if disposable products are so expensive, we need to find another solution. Which is where menstrual cups come in.

Menstrual cups are similar to tampons in that they are inserted into the vagina and catch menstrual blood. But, unlike tampons, they don’t need to be replaced every four hours, don’t absorb the blood, don’t cause toxic shock syndrome, and aren’t disposed of after each and every use.

Typically, menstrual cups can stay in place for up to 12 hours. That means you can sleep with them in. Yes, please. They also are less likely to leak because they don’t absorb the menstrual blood; everything stays on top of the silicone barrier.

To clean them at the end of your period, you either boil them in the oven or purchase a menstrual cup sterilizer and put it in the microwave. The hot water sterilizes it, making it safe for the next time you use it.

They’re typically made of medical-grade silicone and last up to 10 years. So, one $30 menstrual cup for 10 years vs. $20 per month for 10 years? The answer is simple.

I already hear you thinking, though, “if they live on $1.25USD per day, how are they supposed to afford a $30 menstrual cup?” Well, don’t worry. I’ve got another solution for you. 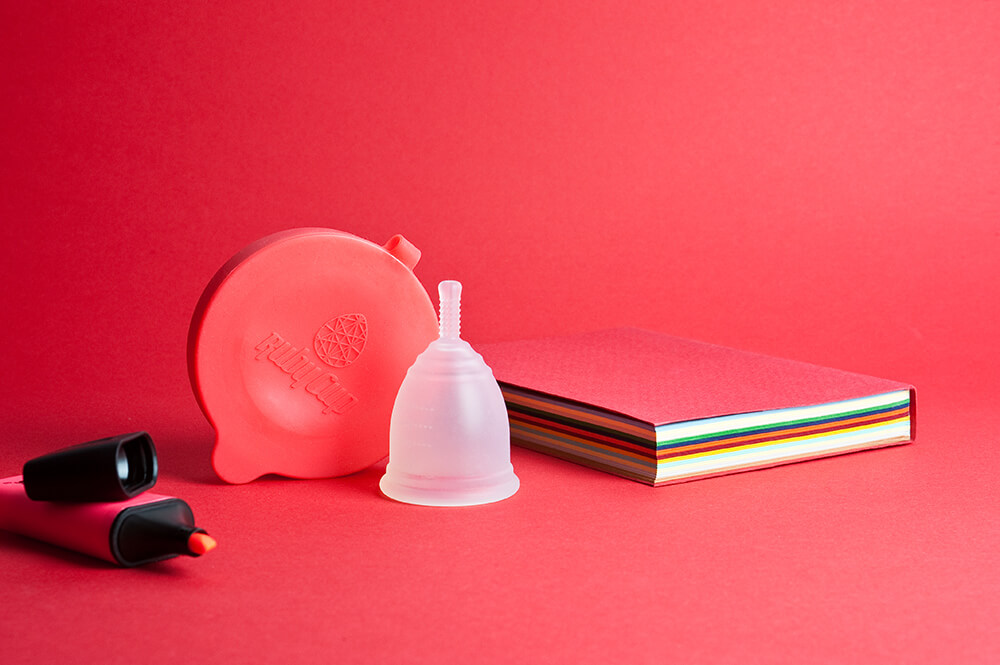 I’m going to preface this by saying that Ruby Cup did not pay me to write this blog post. I just love the product so much that I had to share.

If you’ve heard of menstrual cups, you’ve likely heard of other brands like Diva Cup. And while those are totally great for those who can afford menstrual cups, I personally prefer Ruby Cup because of their Buy One, Give One model. Think of them like TOMS, but rather than shoes, they’re giving away menstrual cups.

They partner with an organization in Kenya to give out the menstrual cups, and the results have been astonishing.

They not only provide the menstrual cups (which, again, last up to ten years), but they also teach the girls how to use and clean them. Because if you’re not disposing of the menstrual products after each use, you’re going to have to clean it somehow.

So, what sort of impact has this Buy One, Give One model had so far? A big one to say the least.

After just six months of giving menstrual cups to girls in Kenya, amazing things have happened.

First of all, school attendance has increased by a crazy amount. Before the program, 53% of girls reported having to leave school earlier to menstruation. After the program, that figure decreased to only 4%. Amazing.

And they aren’t just showing up to school; they’re thriving. These girls have reported that their concentration has increased because they’re no longer preoccupied during their period with potential leaks. In fact, 83% of them reported better concentration while they’re in school. And concentration is just as important as actually showing up.

How you can help

So, what can you do to help girls who are missing out on school because of a perfectly normal part of life?

Well first if all, you can be more open to discussions about periods. (Mind you, if you’ve made it this far, you’re likely already pretty comfortable talking about them.)

Once we start to make periods less of a taboo, things like this stop happening. Girls won’t have to miss school simply because they’ve started their periods. This shift will take time, but if we all contribute, we can help speed up the process.

You can also purchase a Ruby Cup and donate a menstrual cup to a girl in Kenya.

Oh, and good news. I’ve got a promo code just for you that take 10% off your order with Ruby Cup. Because who doesn’t love saving the world and saving money?

Just use the promo code RubyxDinosaurs at checkout and get 10% off your order!

Shop Ruby Cup Today and Get 10% Off with Coupon Code “RubyxDinosaurs”!

Again, Ruby Cup has not paid me for this post, and I won’t be getting any commission from these sales. I’ve used the product and believe in the mission, so I wanted to share it with all if you. I reached out to them and they were gracious enough to offer 10% off their products for the And Possibly Dinosaurs audience.