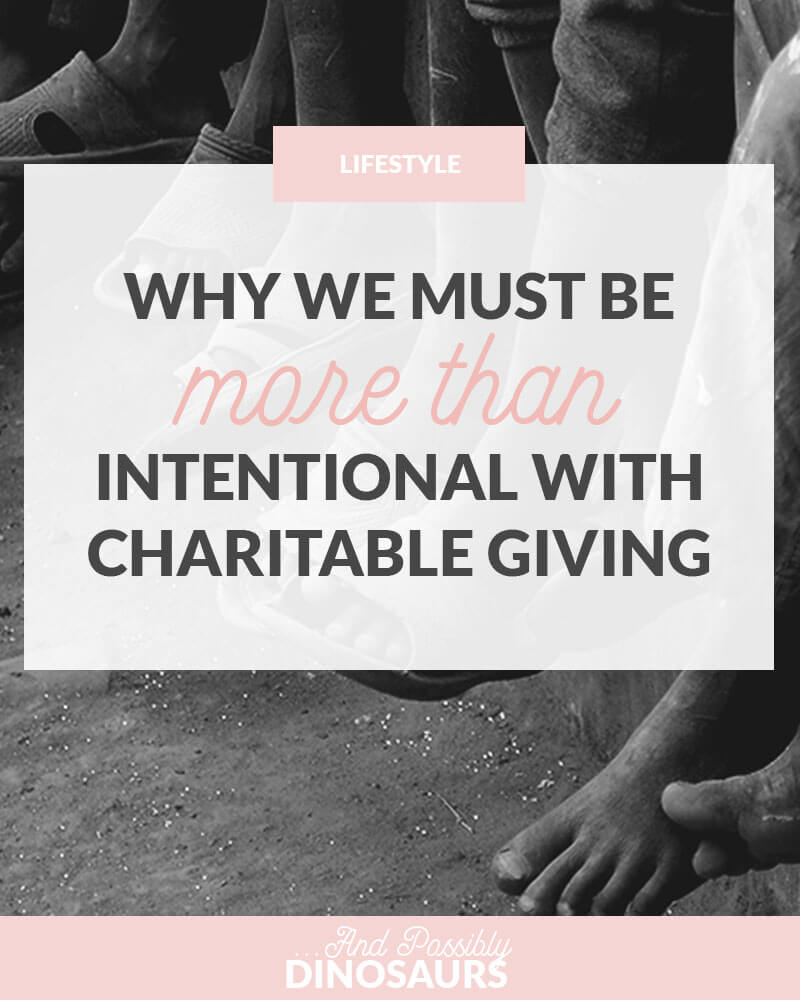 With Thanksgiving and Christmas just around the corner, it’s time to think about end-of-the-year charitable giving.

As someone who was involved with Invisible Children in the midst of the Kony 2012 ordeal (in fact, you can find me on the front page of the Kony 2012 website), I know the importance of being intentional with charitable giving.

Research is imperative when deciding where to donate and what causes to support. Let me give you an example.

A few days ago, I was looking through my Instagram feed when I came upon a picture from my favorite band, Bastille.

Proud to be part of #BandAid30 to help fight Ebola and save lives across Africa. We are recording a new version “Do They Know It’s Christmas” with lots of other amazing artists on Saturday You can win a place in studio with us and all the artists by texting AID to 88833 for £1.50

However, I really hate Bastille’s approach. Here are two reasons why.

1. “Do They Know It’s Christmas?” is the most offensive Christmas song in existence.

Band Aid was created in the 80s so a ton of British and Irish musicians could get together and raise money for Ethiopia. The song they recorded was called “Do They Know It’s Christmas?”

Setting aside the fact that much of Africa doesn’t even celebrate Christmas (47 percent of the population is Muslim, making it the number one religion on the continent), the song has a ton of problems.

It lumps all African countries together, and makes the continent sound like a barren wasteland where people sit around and wait for white people to come and save them. (Spoiler: it isn’t.)

For example, some of the first lines of the song read:

“Thank God it’s them instead of you”? How is that helping anything?

While that line might be the worst, it doesn’t get much better as it goes on:

And there won’t be snow in Africa this Christmastime
The greatest gift they’ll get this year is life
Where nothing ever grows
No rain nor rivers flow
Do they know it’s Christmastime at all?
Here’s to you
Raise a glass for everyone
Spare a thought this yuletide for the deprived
If the table was turned would you survive

Fun fact: There (probably) won’t be snow in Florida this Christmastime either. What does that have to do with anything?

In addition, there are factual errors. Quite a large chunk of Africa is a rainforest, and there’s a pretty major river located in Northern Africa called The Nile.

Mind you, they have changed some of the lyrics for the 2014 version, but it doesn’t get much better.

“The only hope they’ll have is being alive”? Yeah, still not great.

2. Bono has a bad case of White Savior Complex.

Apparently before recording the 2014 version of “Do They Know It’s Christmas?”, Bono said to the group of young, attractive, talented, mostly white Brits that his goal is for there to be no need for Band Aid.

“We want to make Band Aid history,” he said. “If every country had the values of Great Britain and kept the promises they make at these big G8 meetings and the like, we wouldn’t have to be standing here.”

Here’s  a rough translation: If the rest of the world were as awesome as Great Britain, West Africa wouldn’t be in this shitstorm.

Fun fact: Great Britain’s imperialism is what caused most of the problems in Sub-Saharan Africa. So maybe we shouldn’t all have the values of Great Britain. At least not all of them.

What I am saying is that if Great Britain hadn’t had its imperialistic values of the past, Band Aid wouldn’t be standing there.

Yet Bono is blind to this. It’s not his fault that Great Britain’s colonization of Africa made the region unstable. (Not to mention he’s Irish, not British.) However, he does have the responsibility to use his platform effectively, in a way that doesn’t perpetuate unjust stereotypes.

He doesn’t realize that Western culture and Western government isn’t always the answer to everyone’s problems.

White people don’t have all of the answers.

I don’t doubt that the group of artists recording an updated “Do They Know It’s Christmas?” have good intentions. However, perpetuating harmful stereotypes and factual errors is doing more harm than good. It would be better to record a new song that tells the true story of West Africa and the Ebola epidemic. And while they’re at it, maybe they could get some West African musicians involved.

So when you’re looking to make your year-end charitable donations, I ask that you have more than just good intentions. Have good actions as well.

Are there any causes you have researched and support year-round? I’d love to hear! Let me know in the comments!