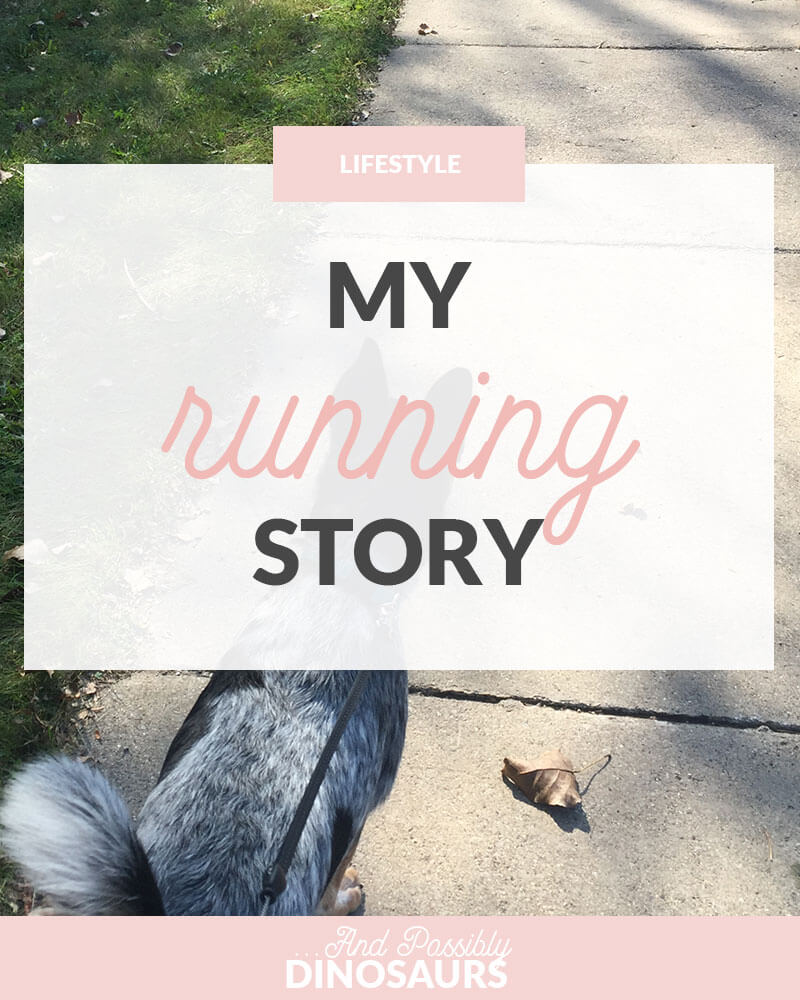 Two days ago, I ran more than 3 miles straight. If you would have told me that a year ago, I would have laughed in your face.

I used to absolutely despise running. But now I actually look forward to it. So… what changed?

My brother did track and field in high school, so naturally I tried it out, too. I showed up for the first day of practice in fifth grade, and at the end we had to run laps through the high school. I hated it. My mom picked me up and I told her I wasn’t going to another practice ever again.

Then, in the summer of 2012, Sean was living with me and my parents for his internship. I remember he would go running a few times a month and I was really jealous. I wanted to have something similar that I could do for exercise.

So, one afternoon I strapped on my old tennis shoes and decided to go for a run. But I didn’t know how, per se. I didn’t warm up and I start out going way too fast. By the time I had gone 1/10th of a mile, I was tired. I walked for a while and then ran again, but I went an even shorter distance before collapsing. I said under a tree with bad asthma for about 15 minutes before I was able to get myself home.

After this episode, I was convinced I would never be a runner.

Then I started my anti-anxiety meds and gained a ton of weight in not a ton of time. It was time to get serious about exercise, and running is the cheapest way to do so.

So I downloaded Couch to 5K. I had to do the first week’s worth of runs about five times before I stuck with it, but at least I was running.

I tried to run with Sean a few times, but I started to feel self-conscious. He was very encouraging and didn’t do anything to directly make me feel self-conscious, but I could tell he was running much slower than normal. Plus, I didn’t really want anyone to witness how bad of a runner I actually was. It was embarrassing.

For the first week, you’re supposed to do a 5-minute warm-up walk, then jog for one minute, walk for a minute and a half. The first time I did it, I had to stop during the second minute of walking. Literally bent over with my hands on my knees trying to breathe. Embarrassing.

I know we all have to start somewhere, but I didn’t want anyone (even my now-fiance) to witness the beginning. I wanted him to see the end and be proud of me.

Plus, he kept trying to talk to me. Don’t get me wrong, I love talking to Sean. But while I run, I don’t want to have to think about anything. I just want to run. Trying to have a conversation was way too distracting.

So, I decided I needed to go for runs on my own. Which is why it took me a few tries to really get going with the Couch to 5K plan, but eventually I held myself accountable and finished it.

I can’t run with music playing; it’s too easy to tune out. So I decided to listen to Stuff Mom Never Told You while running. Not only am I being distracted from all of the pain of running, but I’m also learning some really interesting things.

And, as every runner knows, I learned that it’s all a mental game. No one really likes running. You just have to tell yourself to keep going.

So, on Sunday, my goal was to run from one traffic light to another. These traffic lights are a mile apart, so this wasn’t a small feat.

But when I got back to the first traffic light, I decided to keep going. I was going to run until I hit two and a half miles.

Then, when I got to two and a half miles, I realized I could make it to five kilometers. And bam, I did.

So now that I’ve run 5K, I’m running in a 5K. My coworker and I are participating in the Zombie Dash this Saturday, and I’m terrified but also super excited.