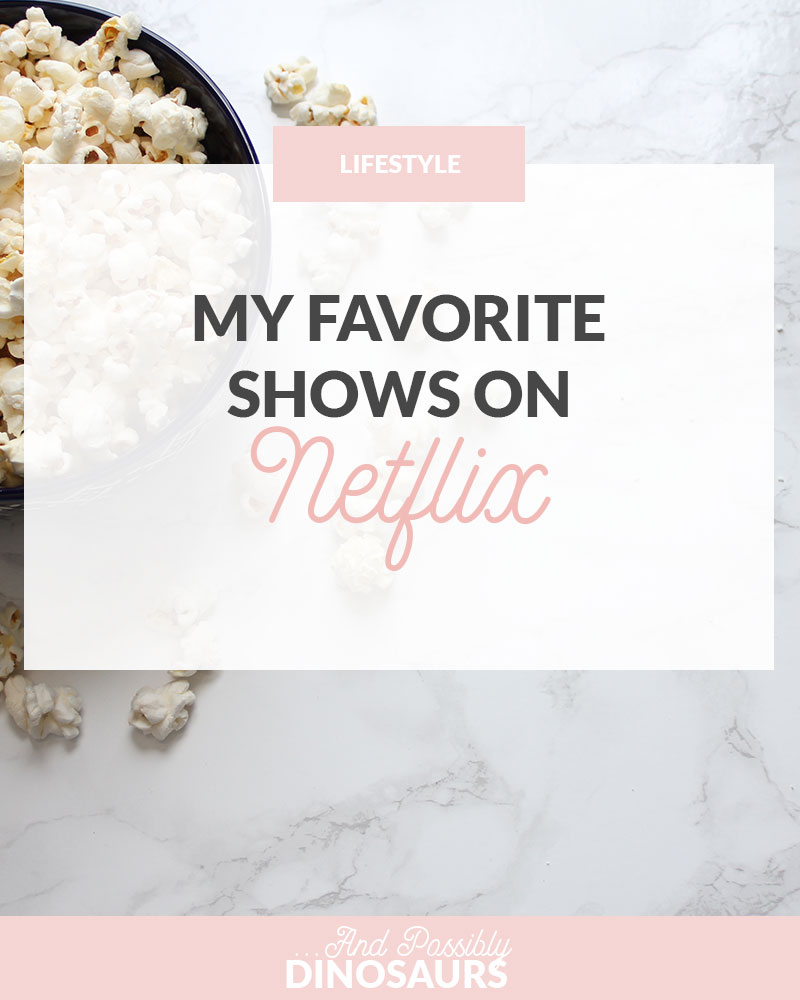 With the sub-zero temperatures that have been plaguing Michigan for the last few weeks, all I’ve wanted to do is curl up on my couch and binge-watch shows on Netflix.

But, alas, I have to many commitments to be able to do that. Namely an Australian Shepherd named Stanley who can’t sit still for more than five seconds.

Nevertheless, I wanted to share my 10 favorite shows currently available for streaming on Netflix.

One of my absolute favorites. It’s got an A++++ cast starring Amy Poehler, Aziz Ansari, Chris Pratt, Adam Scott, Rashida Jones, and many many many more. The series finale aired last night, but I’m holding onto the last few episodes for as long as I can. I just don’t want it to end.

It’s funny, it’s smart, and it’s a feminist’s comedic dream. Because yes, feminists can be funny.

How I Met Your Mother

I never finished the series (which I hear is a good choice), but I can remember dog sitting for one of my professors and binge-watching HIMYM for hours on end. It’s an awesomely witty and frustrating show that makes the hours fly by.

Don’t Trust the B in Apartment 23

Randi suggested this show to me back when I could actually use my lunch breaks to watch television. (Thanks a lot, Stanley.) It’s the story of a goodie-two-shoes Midwest girl who moves to NYC to start her career on Wall Street. Except her first day, the company shuts down in a mess of screams and fire. So she moves in with a con woman who happens to be best friends with James Van Der Beek.

It only lasted two seasons, which is a crime in and of itself. But don’t worry, both seasons are on Netflix, so you can plow through them in a day.

I’m binge-watching this one right now. I watched the first two seasons or so back when they were airing, but I lost track once I got to college. Another show set in NYC (that’s three in a row on my list so far…), Gossip Girl definitely puts my high school drama to shame.

Sean and I love this show right now. Neely recommended it to me, and I love Lauren Graham and Dax Shepard, so I was game.

It’s a bit confusing for the first episode or two, because there are so many characters. It’s about a family in Berkeley, California (one of my dream places to live) and the struggles of, well, parenthood. It’s a really heartwarming show, but it, combined with a rambunctious puppy, make me not want to have kids any time soon.

I can’t talk about shows on Netflix without mentioning Doctor Who. Sean and I started watching it in college when it was just starting to gain mainstream attention again. If you’ve heard of it but have no idea what it’s about, here’s my summary: it’s about this alien who looks like a human who flies through time and space in a blue police box. Oh, and he can’t really die, he just gets a new body.

Just hear me out if you start from the beginning of the reboot: The first few episodes are rough. They’re cheesy, weird, and a bit confusing. Just get through them and it will be worth it. You could skip them, but you will regret it later in the show.

Another great British show on Netflix. There are only a few episodes out, so be warned: you’ll plow through them quickly and then be devastated like the rest of us.

Benedict Cumberbatch as Sherlock Holmes. Martin Freeman as Dr. John Watson. What could be better?

Another show I haven’t finished yet, but holy cow it’s so intense. It’s about a chemistry teacher who is diagnosed with cancer and starts making meth to pay the bills. It’s just about as dark as it sounds.

This is one of those shows that you can watch in the complete wrong order and still love it.

The main character, Shawn Spencer, has a really good memory. Like, really good. So he pretends to be psychic and bothers the local police department while helping them solve crimes.

I’d heard of Freaks and Geeks for a long time, but I had never seen it. Sean and I found it on Netflix and watched the entire season (yup, it’s only one season, which is a crime) way too quickly. It’s set in 1980 in Michigan (whaddup!), but it came out in 1999. It stars James Franco, Seth Rogen, and Jason Segel before they were big. It’s weird to see them so young!

It’s another one of those shows that makes me glad I’m not in high school any more. As you can imagine from the title, it’s the story of a group of freaks and a group of geeks trying to make it through their high school years without too much trouble.

What are your favorite shows on Netflix? I’d love to hear some suggestions! Next on my list are Gilmore Girls, Friends, 30 Rock, House of Cards, and Orange is the New Black.