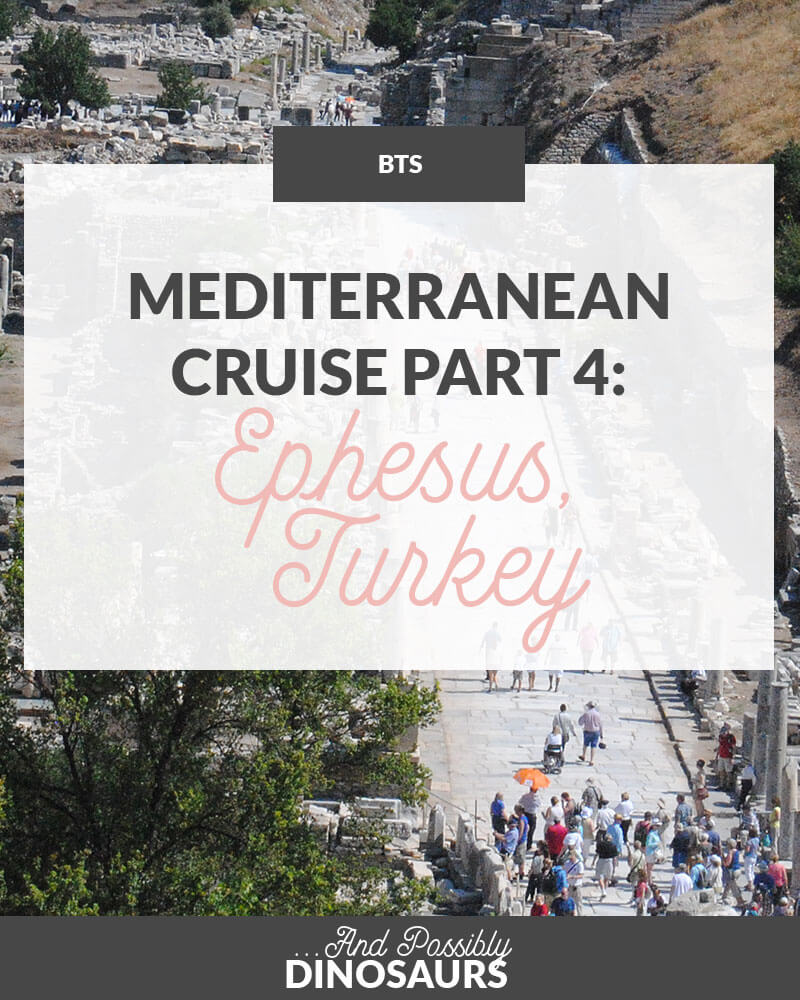 Now we come to part four of the Mediterranean Cruise: Kusadasi / Ephesus, Turkey.

I was really excited for Turkey, but I honestly had no idea what to expect. There was only one thing I knew I had to do while I was there: find some Turkish Pizza (or lahmacun). Randi, Amber, and I tried some on our last day in the Netherlands and loved it. We haven’t been able to find it in the States (or at least, anywhere near us in the States), so I was having some major withdrawals.

We had originally signed up for an excursion that would take us through the Ephesus ruins and then onto a wine tasting adventure in a small Turkish village. When we went to the excursions presentation the first morning of the cruise, however, we realized there was a different excursion we were more interested in..

Man, am I glad we changed our minds. 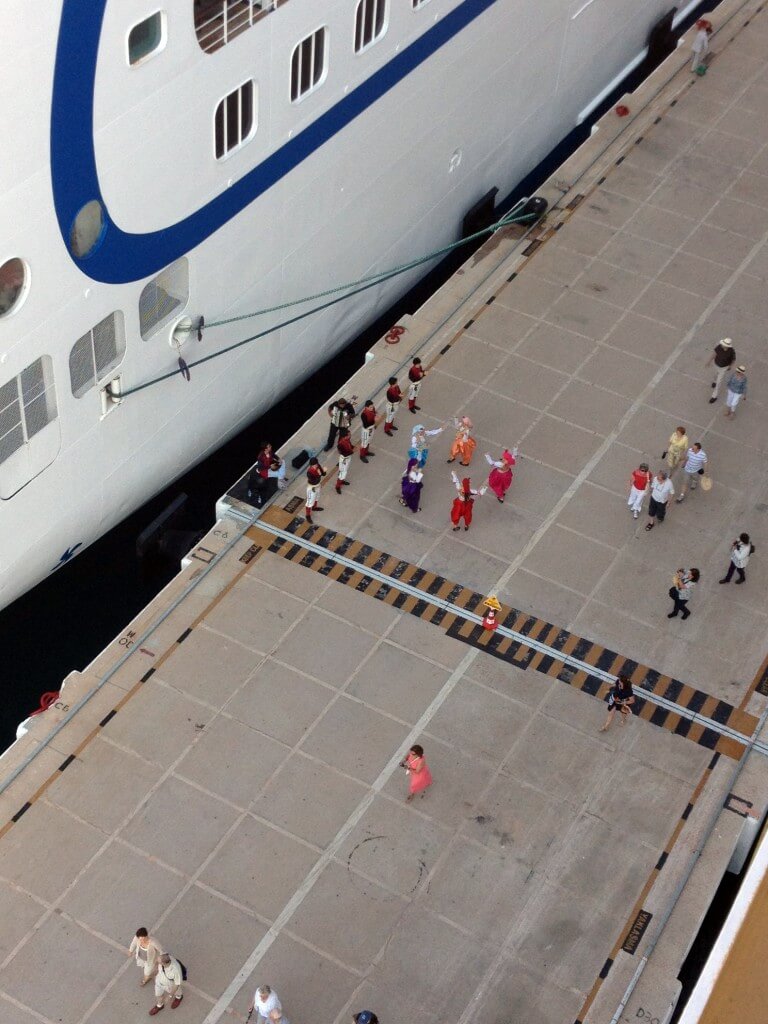 I call this one: “Welcome to Turkey, Have Some Cultural Appropriation!”

We found our (thankfully air-conditioned) tour bus and started on our Turkish adventure. Our tour guide was about 34834x better than the Greek tour guide, which might be one of the main reasons I loved Turkey so much. I can’t decide if it was because Ephesus was so cool, or because Athens had been so disappointing the day before, or a combination of the two.

We learned a lot about Turkish culture on the way to Ephesus (about a 30-45 minute drive), and I was really excited to discover that we were actually in Asia. Only about 3 percent of Turkey is considered Europe (from Istanbul northwest to Greece and Bulgaria), while the rest is considered Asia. Three bodies of water separate the two sections: the Bosporus Strait, the Dardanelles Strait, and the Sea of Marmara. Turns out we were in the 97 percent!

When we arrived in Ephesus we toured a large portion of the ruins, which was really interesting. The pictures will do it more justice than my words ever can, so I’ll just share a ton of them: 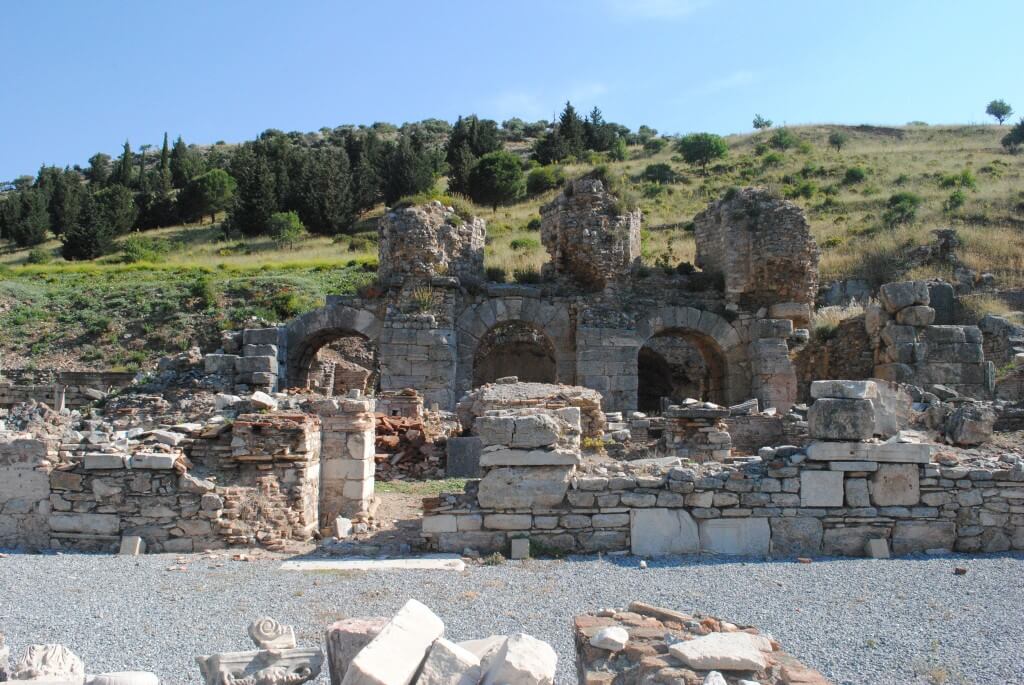 Much of the city of Ephesus was in ruins; this is actually one of the most complete buildings we saw while we were there. 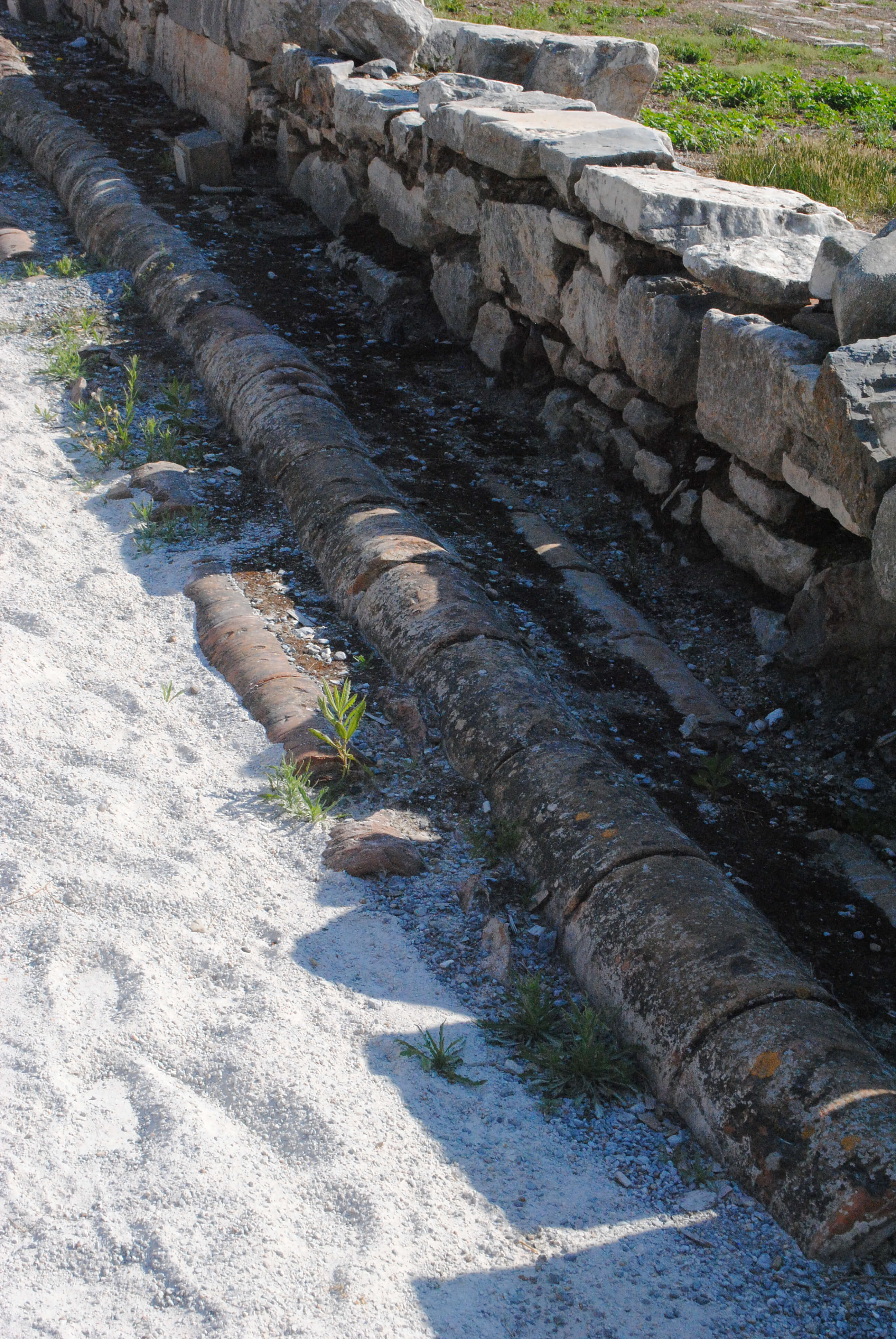 These terracotta pipes were lined with lead, which eventually led to the city’s downfall. 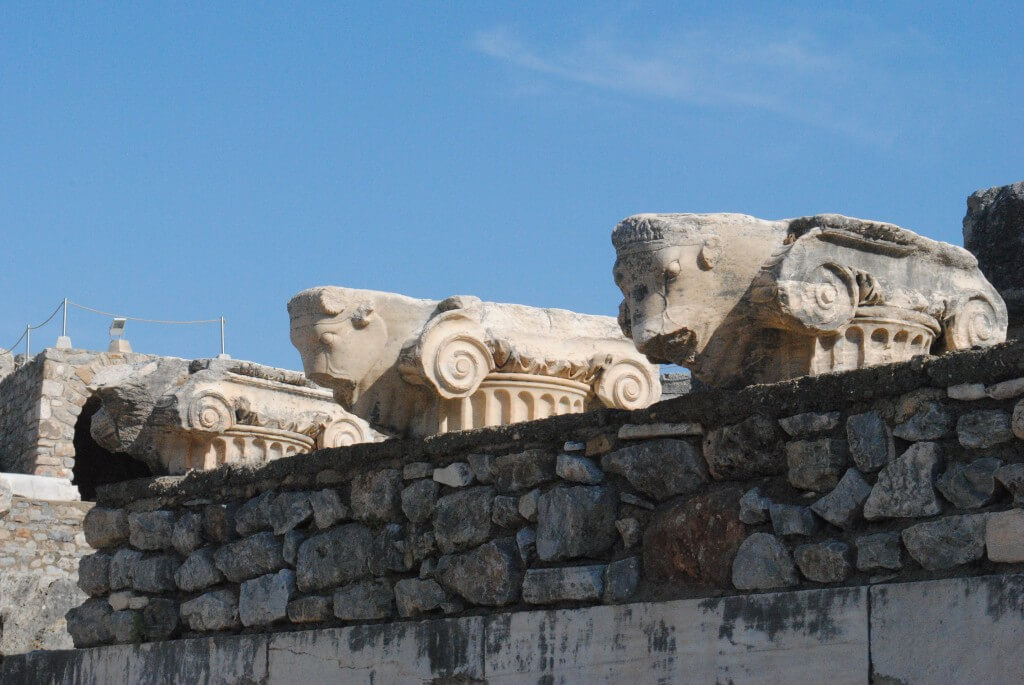 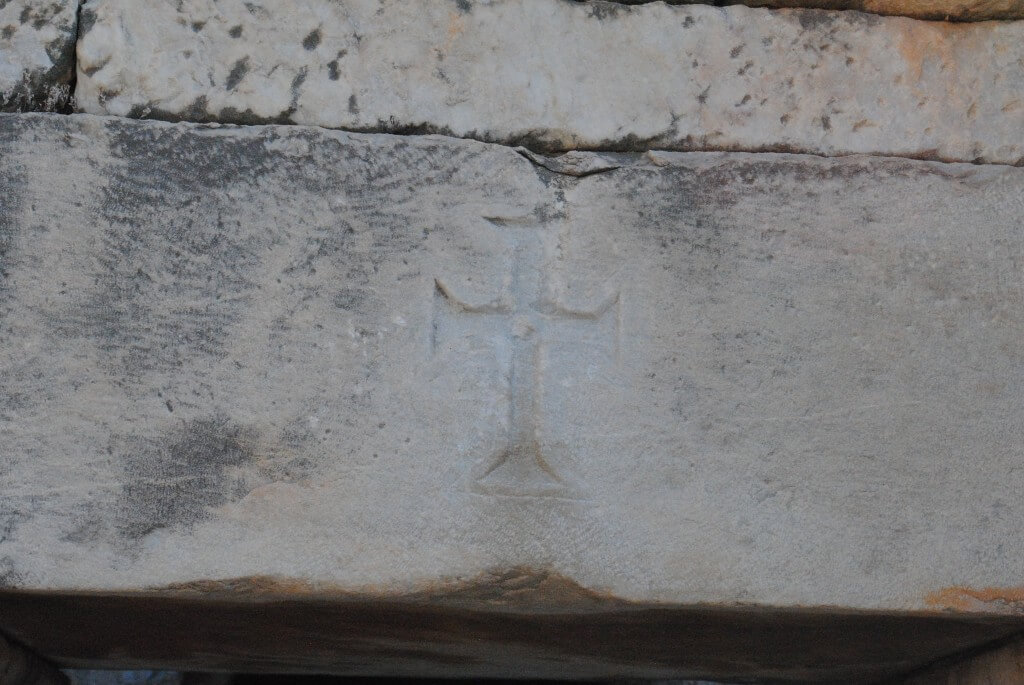 When the Christians settled in Ephesus, they left their mark with crosses all over the city. 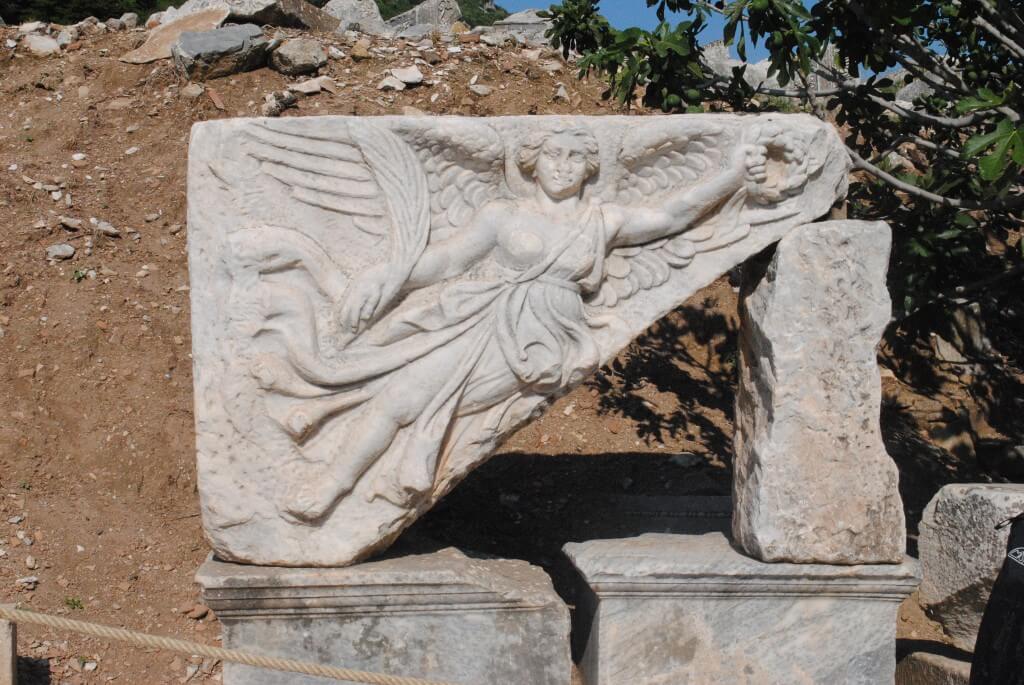 Some of the stonework that had stood the test of time was spectacular. 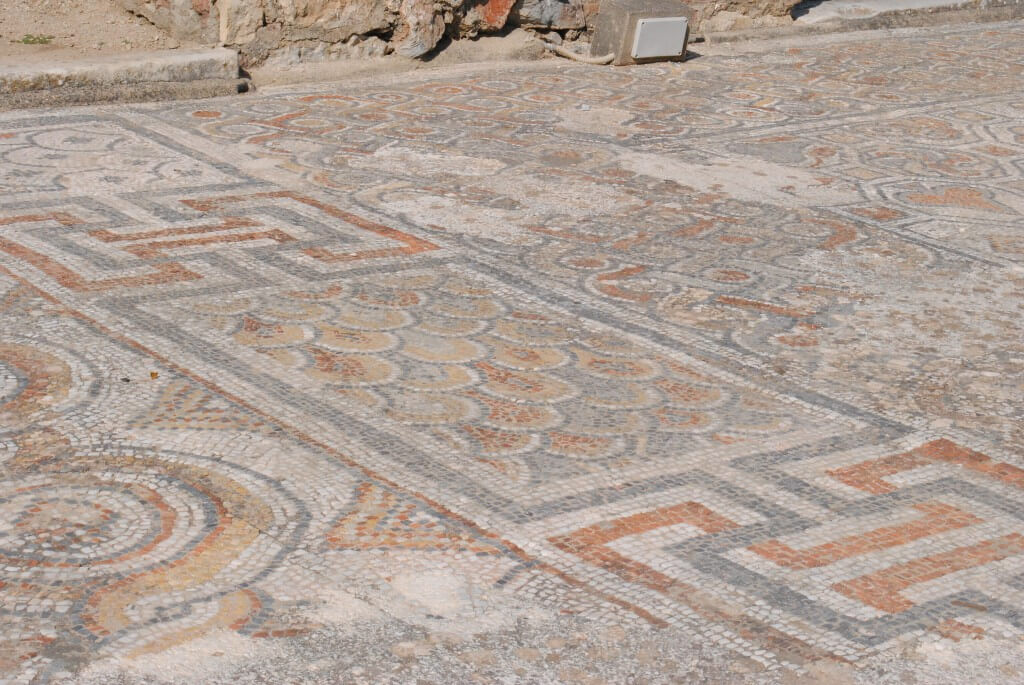 The Terrace Houses had streets completely covered in mosaic tile. 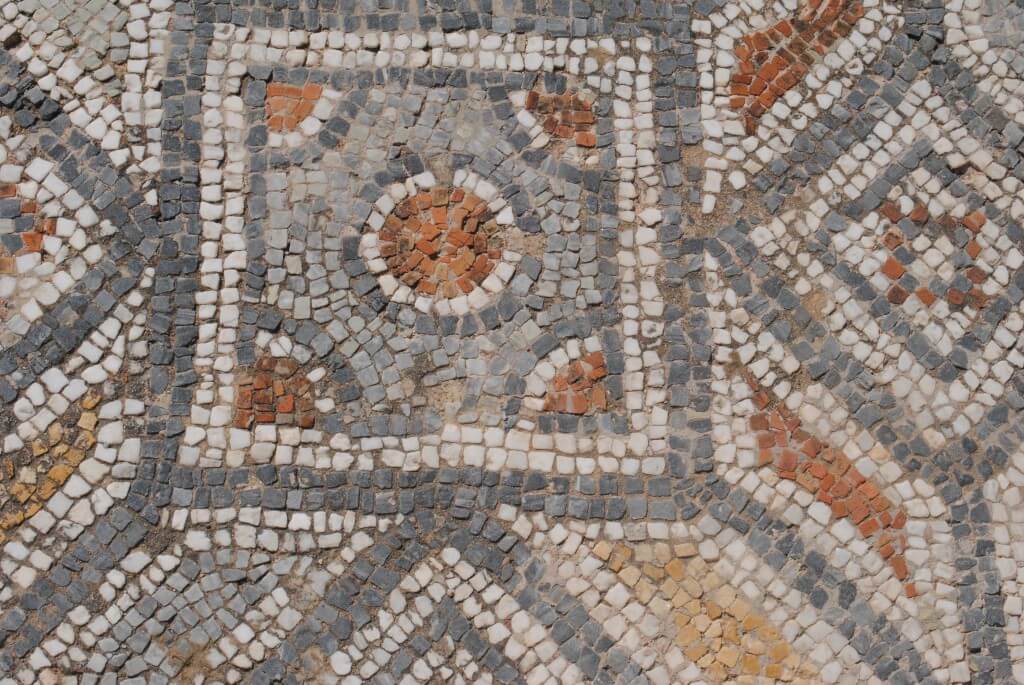 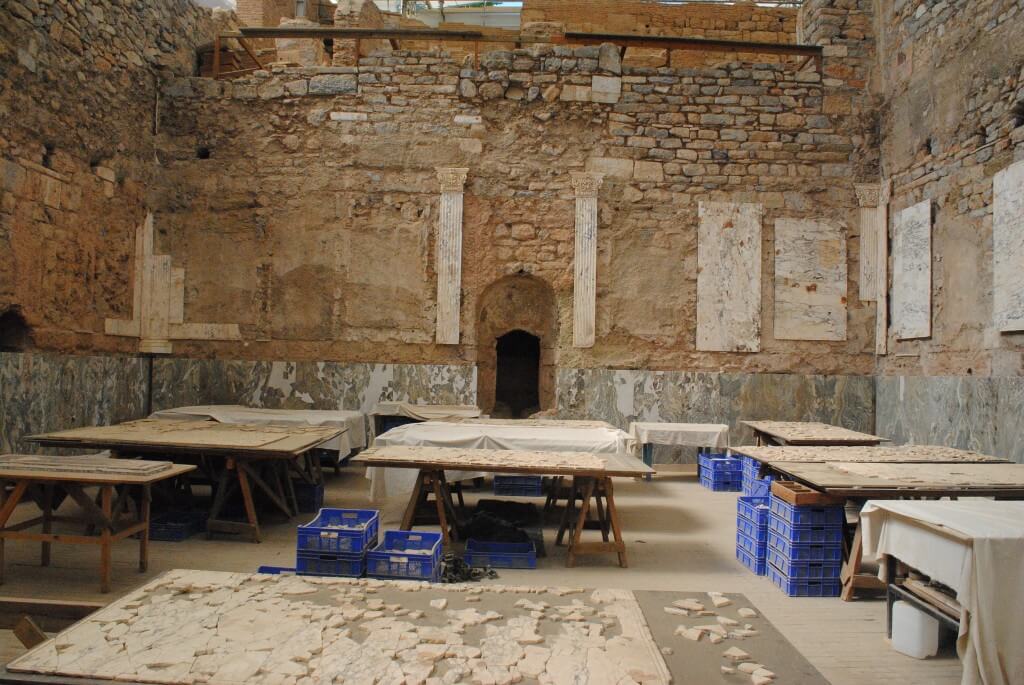 This is believed to be the living room of one of the priests of Ephesus. It was large enough to accommodate a crowd for social gatherings. The excavations are still going on, and they are trying to piece together all aspects of the home, including the marble veneer. 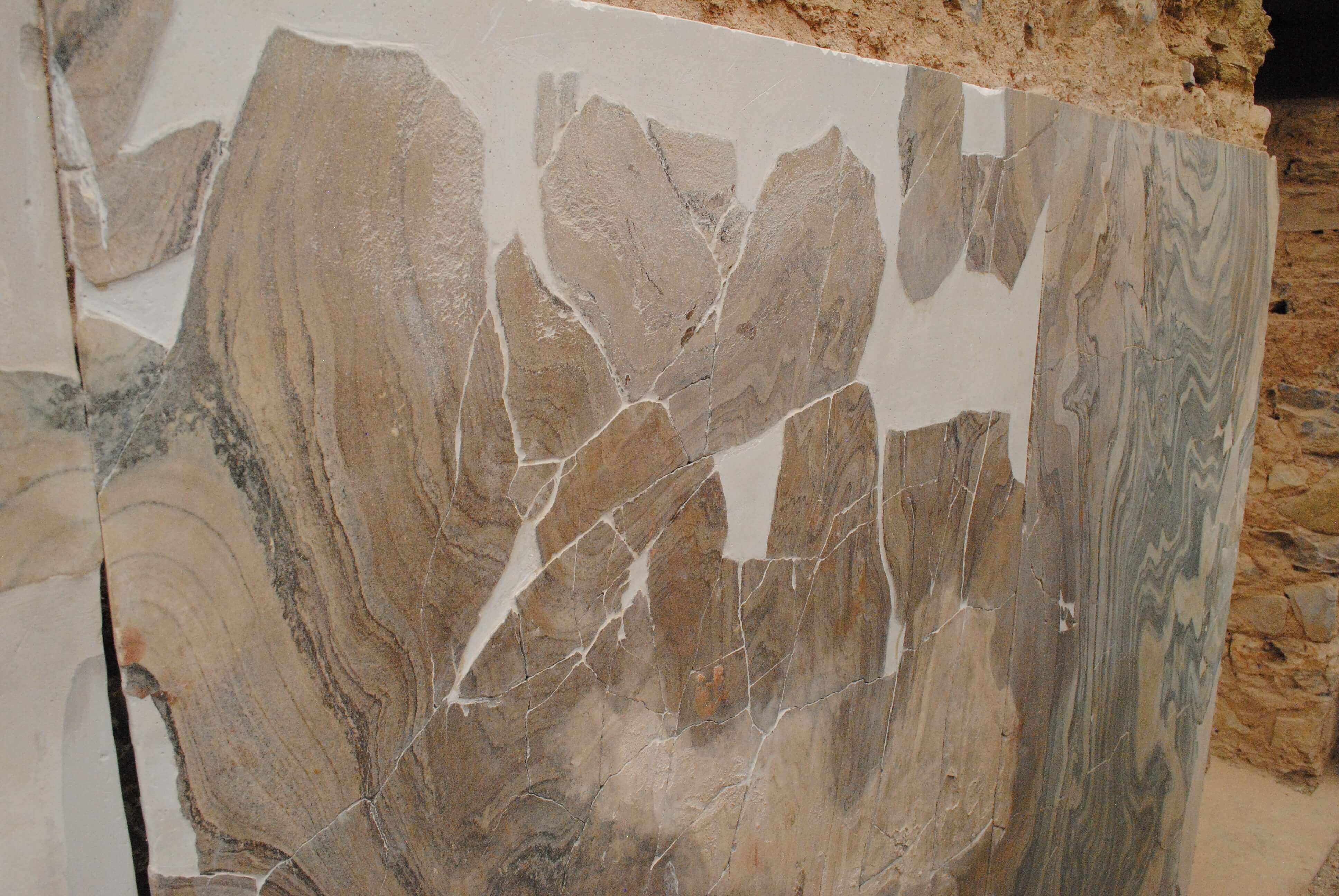 This is one of the nearly complete pieces of marble veneer from the priest’s home. 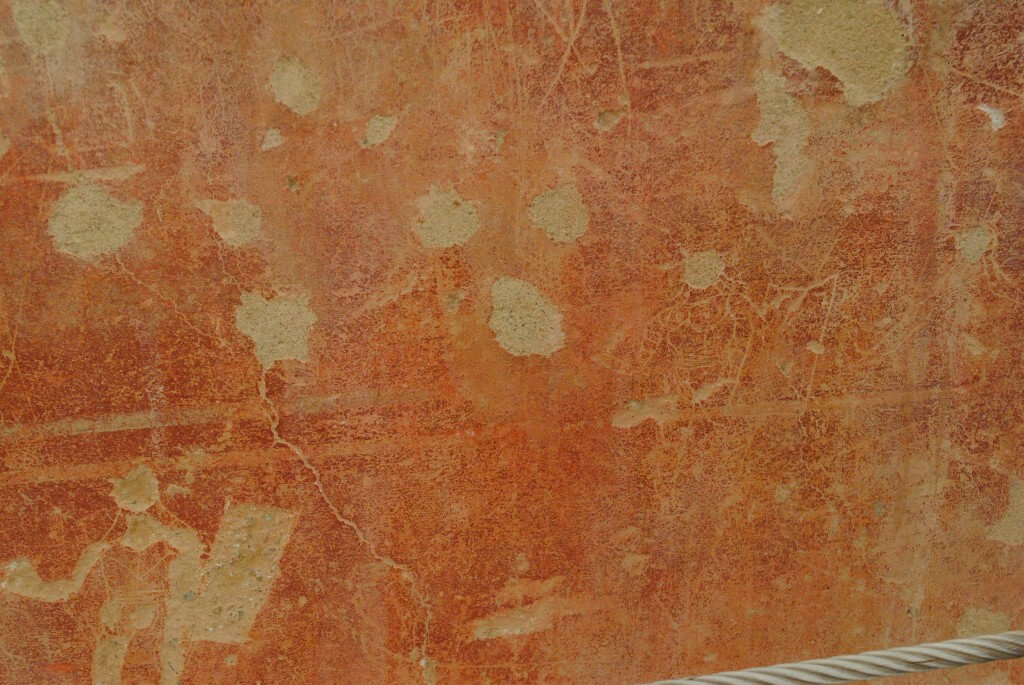 Some early childhood graffiti in one of the Terrace Houses. 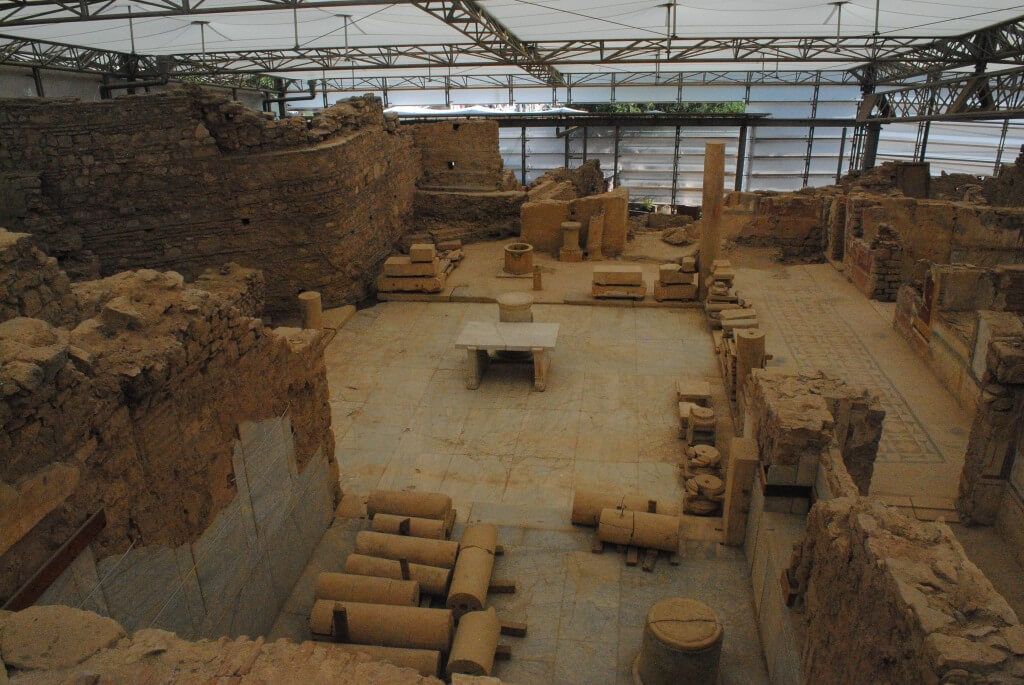 A kitchen in one of the Terrace Houses. 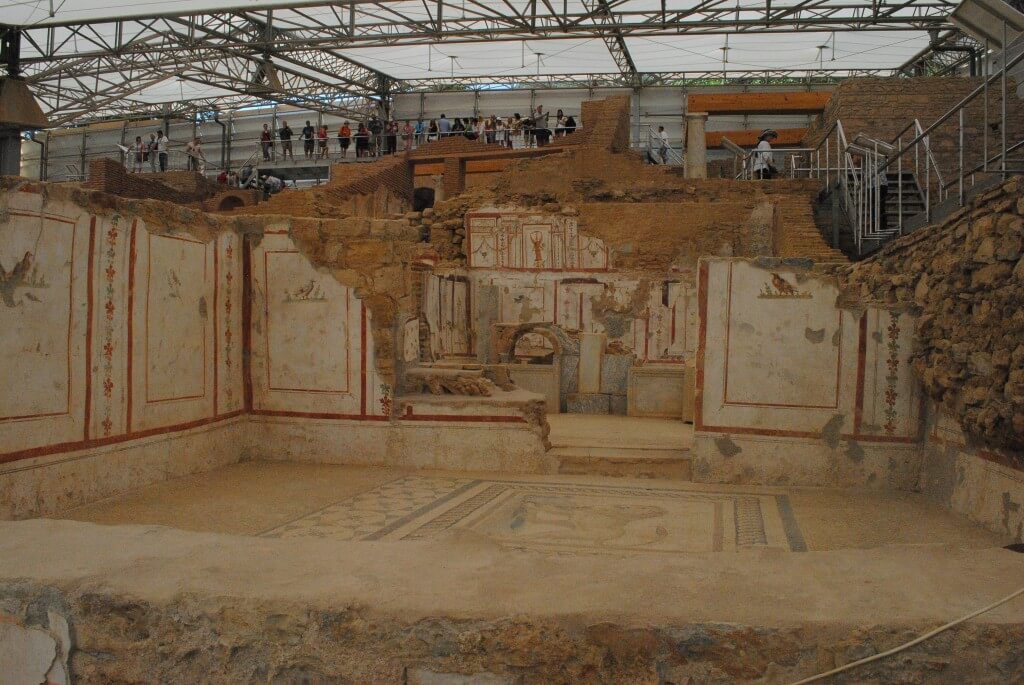 Much of the marble and painted wall art was preserved in the Terrace Houses. 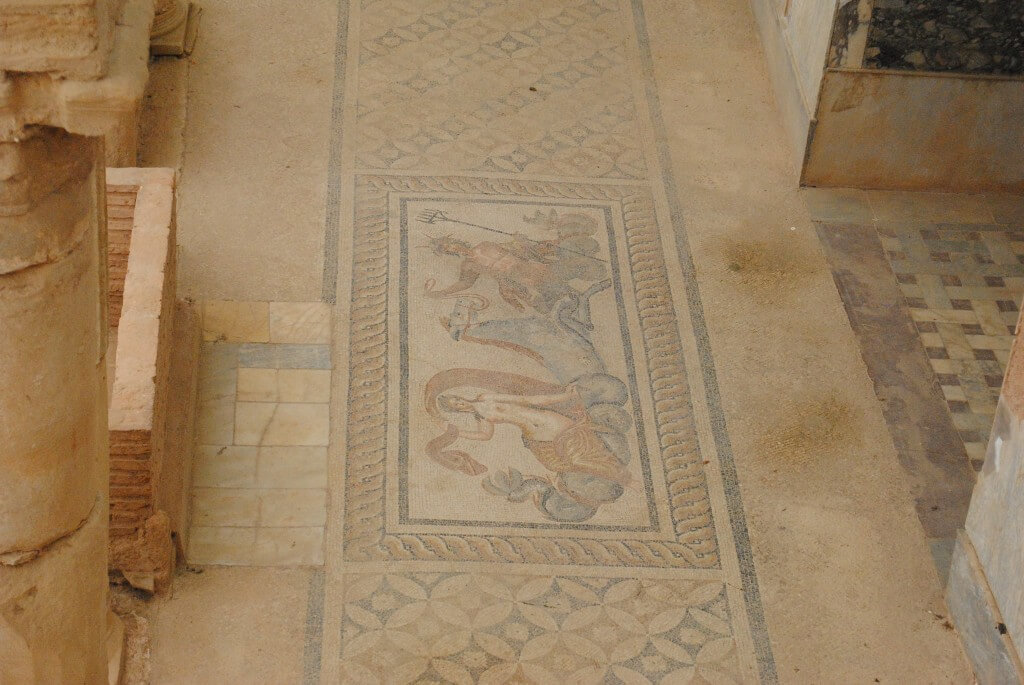 Most of the floors were covered in mosaic tile. 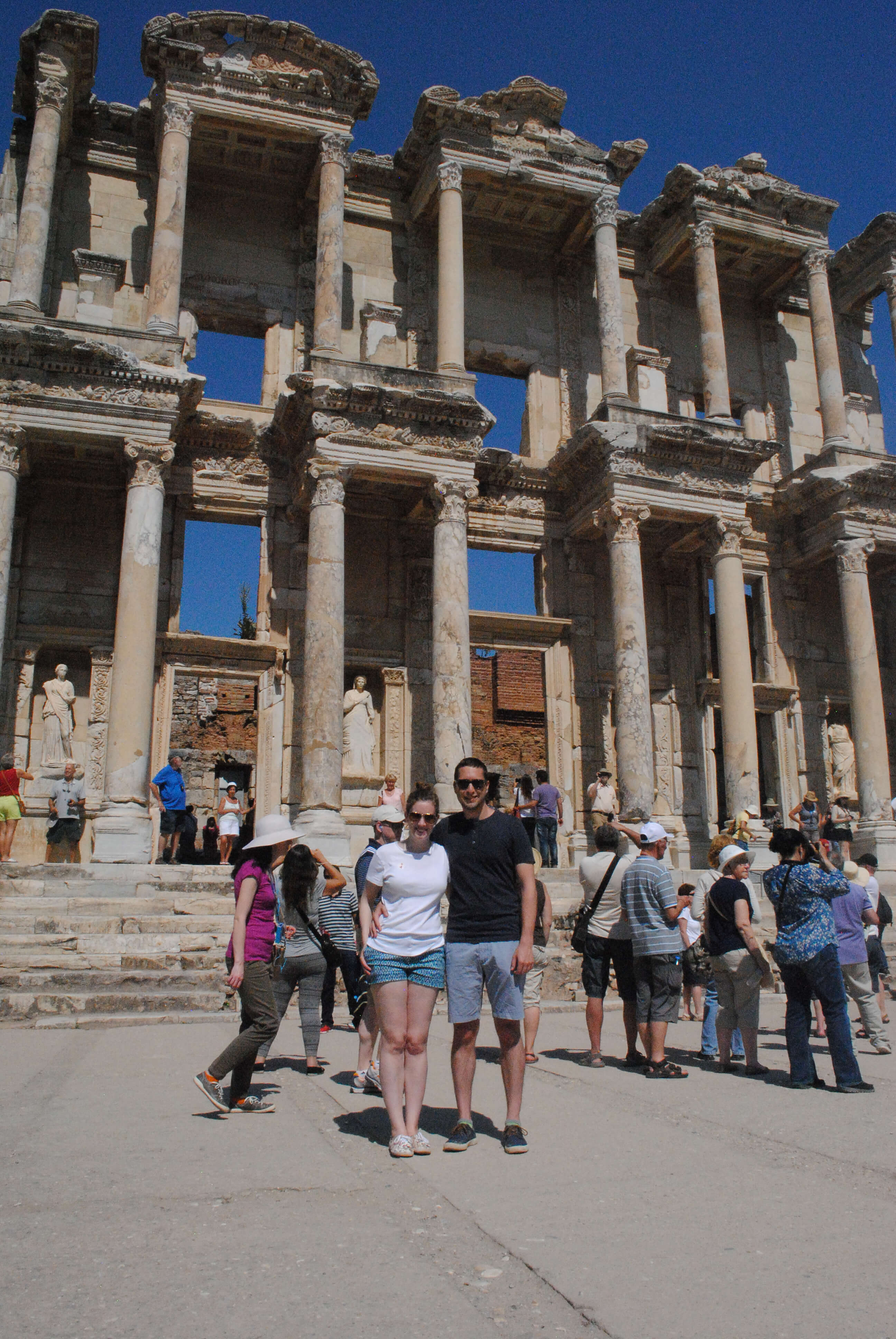 Sean and I in front of the library in Ephesus 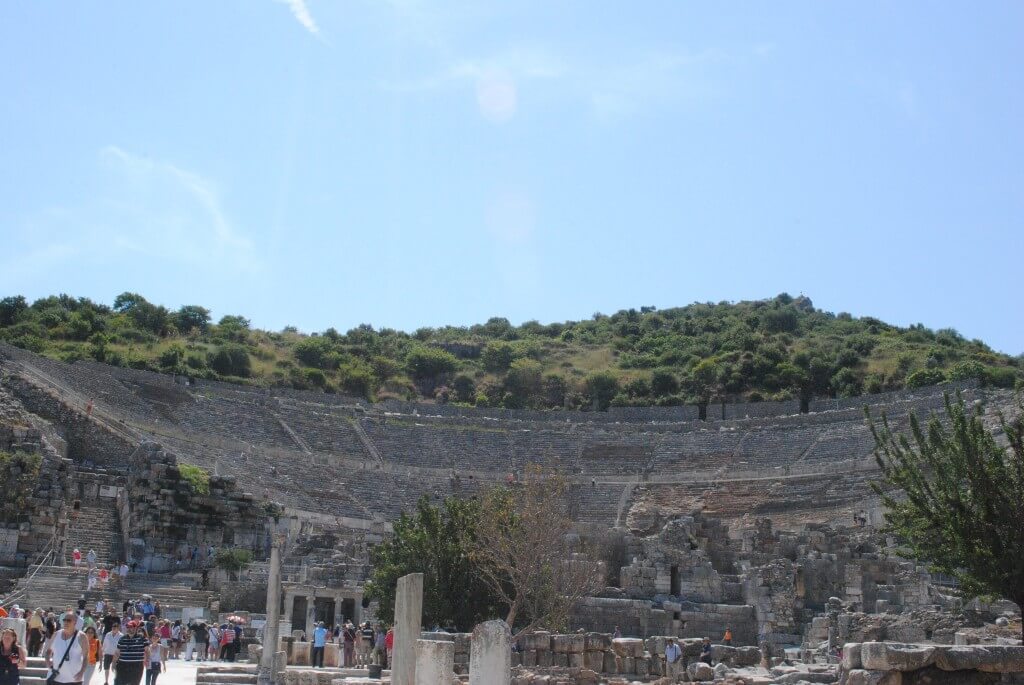 This is the amphitheatre where St. Paul did his preaching to the Ephesians.

It was really hot in Ephesus, so I’m glad we dressed for warm weather. We did a lot of walking around, so wear some comfortable walking shoes as well.

We had some free time to walk around Ephesus, which is when I found (da da da daaaah!) Turkish Pizza! Sean also tried some Turkish beer, which he liked a lot. 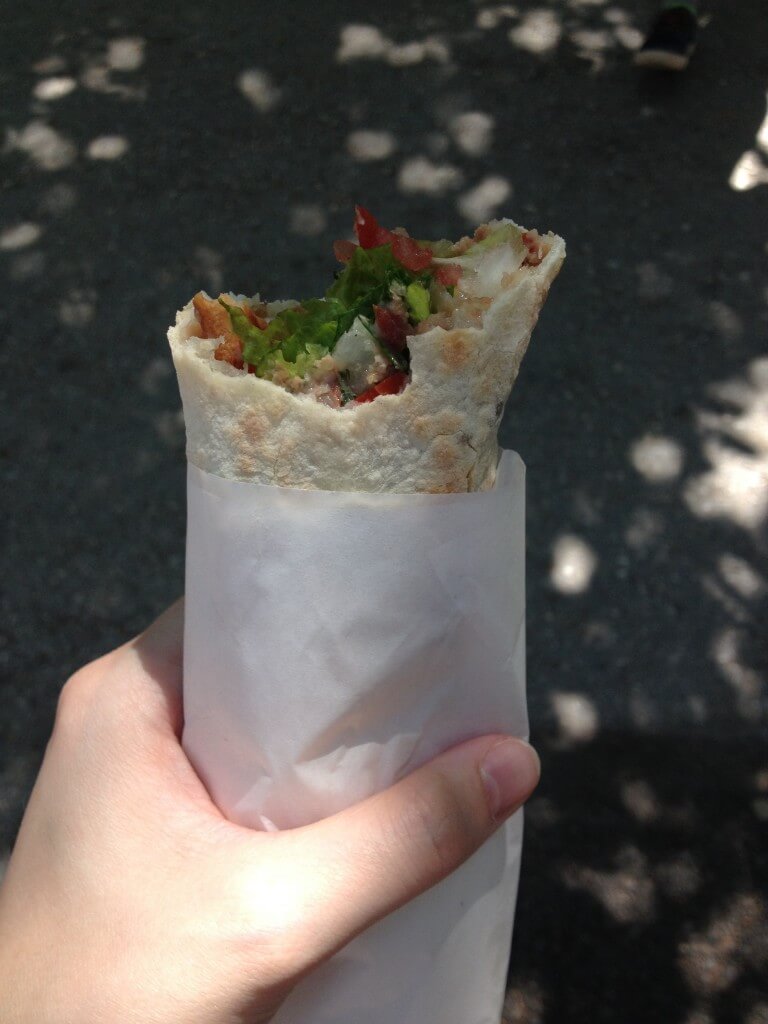 We then returned to Kusadasi (the port city) and had a demonstration on the making of Turkish carpets. It was really cool, but a bit overwhelming. I was open to buying one, but they were way too expensive. We shopped around outside the carpet shop and I ended up finding some awesome pillowcases instead. They cost me a whopping $21 (he had asked for $30), rather than $500 for a rug I wasn’t absolutely in love with. 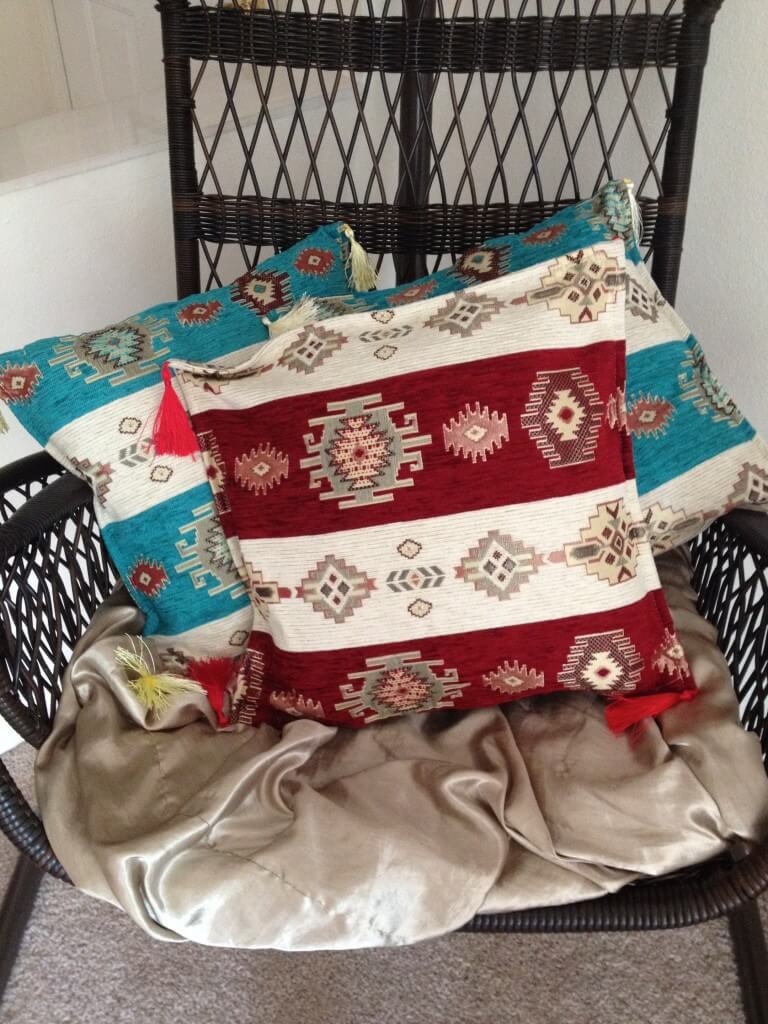 My wonderful new Turkish carpet-inspired pillowcases, which fit in nicely with my wicker swing chair.

The man I bought the pillowcases from was the only one who didn’t overwhelm us as soon as we walked in the vicinity. Most shopkeepers jump on you as soon as you’re in front of the shop, and if you walk in, they won’t give you any time to process your own thoughts. It’s part of Turkish culture that is a little hard to get used to.

Once we were done looking around, we headed back to the ship for lots of food and entertainment!