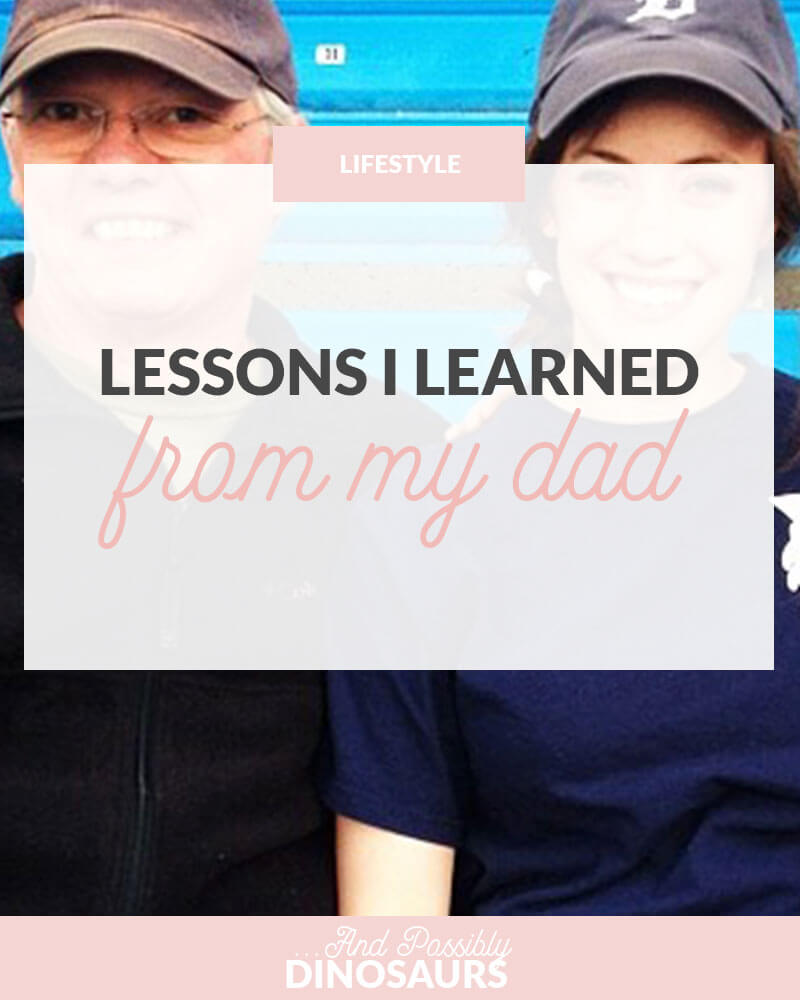 This Sunday is Father’s Day, which means it’s time to celebrate dad. Or, as I call him, Pa. (I used to call him Padre when I was learning Spanish, and I eventually shortened it to Pa. I didn’t grow up on the prairie, if that’s what you’re wondering.)

I’ve learned a lot from him over the years. Here are some things I’ve learned from my dad. (Once again, I got help from my brother and sister on this post.)

If you missed it, here’s my post from Mother’s Day. 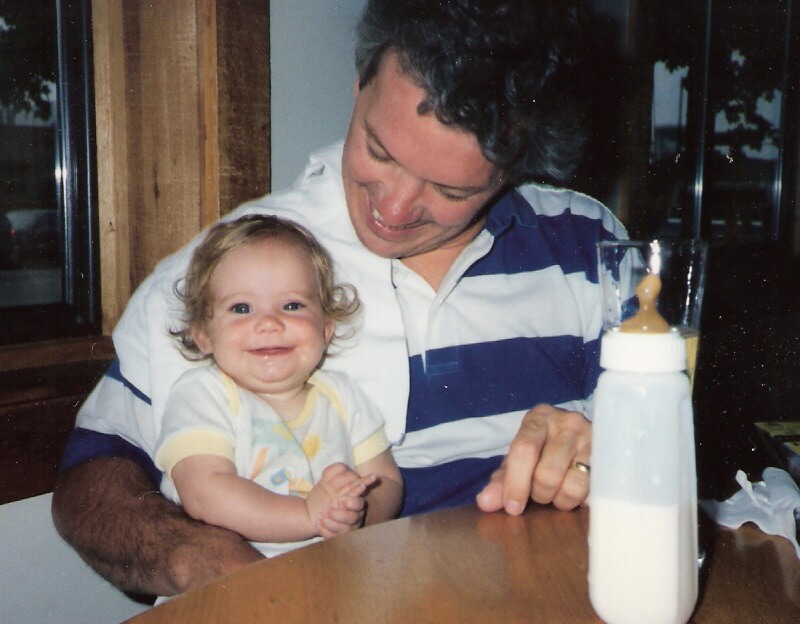 Growing up, my dad took us out to breakfast for our birthday every year. We got to choose where we went, and he always called school saying we would be there late. Heck, he still takes me out to breakfast on my birthday. That’s one of the many perks of living in the same town as my parents. (Take that, Dan and Cara!)

In fact, I’m taking him out for breakfast tomorrow morning. He always gets the same thing (two eggs over easy with whole wheat toast, a coffee, and a glass of orange juice) but that doesn’t mean each visit isn’t special. It’s a great time to catch up with loved ones while enjoying the most important meal of the day.

My dad was a teacher and a principal before he retired a few years ago. His last job was principal at a lower income elementary school. One thing that always stuck out to me was how well he knew his students. He knew their life story, their family situation, and where they’re at now. We were at a hockey game one day and he told me all about the equipment manager who had gone to his school quite a few years before.

We also volunteered a few years in a row with “Shop with a Cop.” Walmart donated all of the gift cards, and the local police and school personnel (my dad included) helped the school’s low-income students with their Christmas shopping. My dad knew everyone in their family and helped suggest different gifts if the kids couldn’t think of something. It was awesome.

My dad is a big DIY’er. He finished our entire basement, built a beautiful fence around our entire house, and spends his retirement redoing kitchens and bathrooms. He built an amazing coffee table for me and Sean out of some old floor boards, and he and my uncle taught me how to make a wine rack from an old pallet.

He’s super talented and has a ton of patience for these types of projects. I’ve learned a lot of handiwork from him, and I know I’ve still got a long ways to go before I’m on his level. But I’m trying. 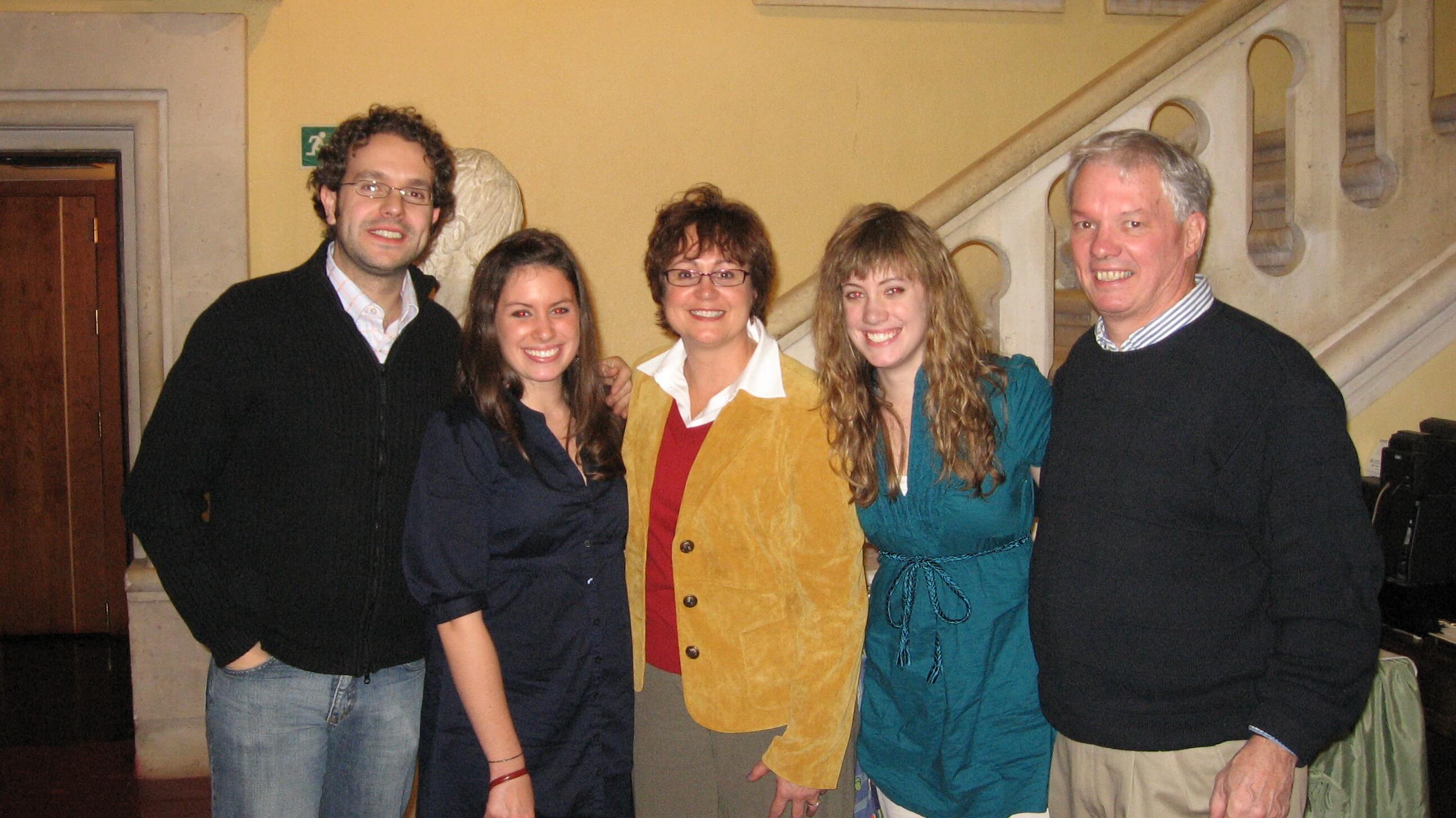 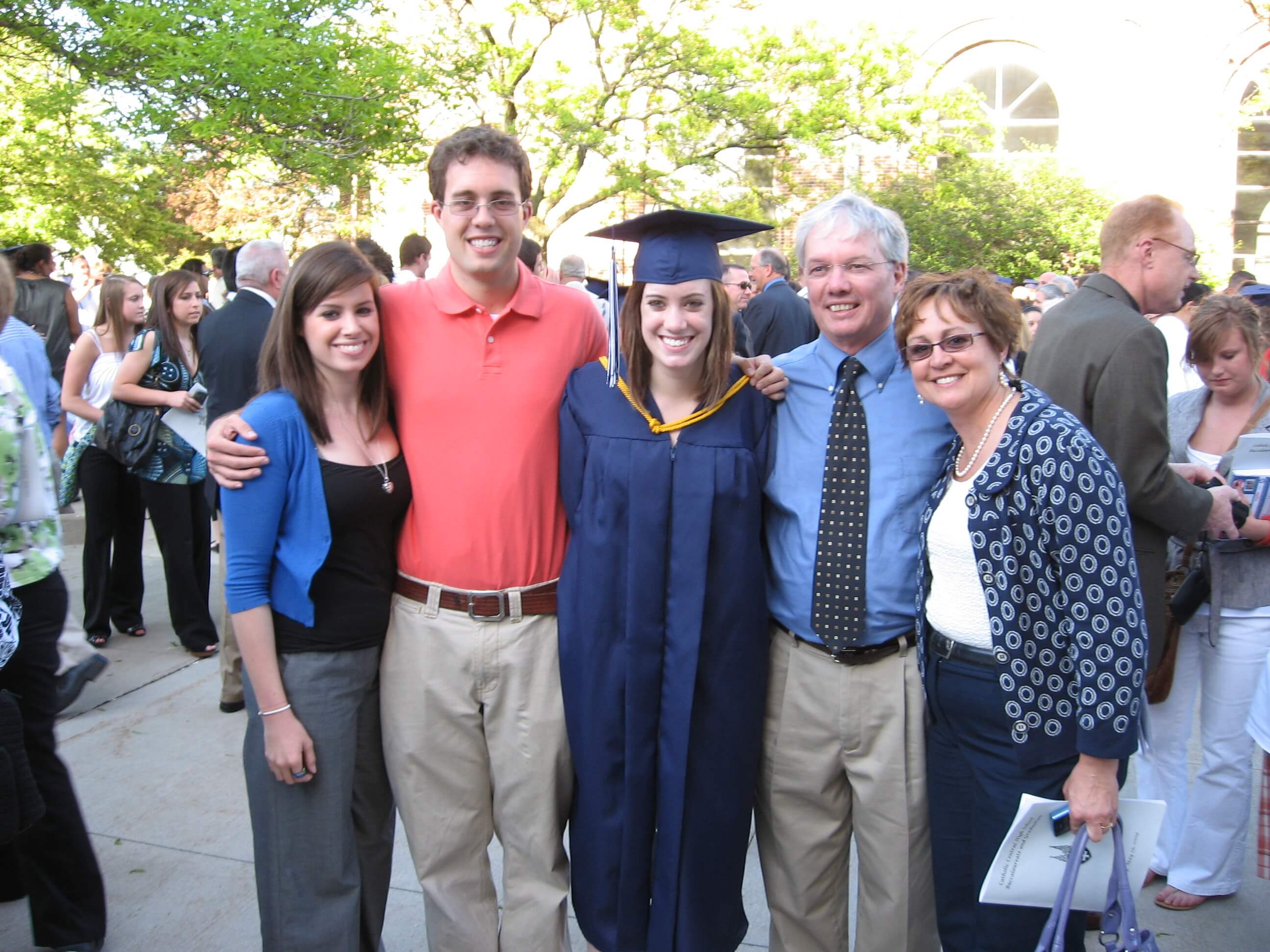 Back when I was starting high school and cell phones were becoming more and more popular, my dad refused to get one. My mom ended up getting a phone for me to share with him, calling it the “cottage phone.” Once I got my first job, I was able to get my own phone, and my dad no longer denies that the cottage phone is, in fact, his. I’m also pretty sure he uses the most minutes out of all of us.

He spends a lot of those minutes talking to family. He knows how all of our relatives are doing, despite living an hour and a half from most of them. Just last week, he was telling me that some of my second-cousins are graduating high school, and he knew all of their names. I haven’t met most of these people (or if I have, it was when I was really young), and yet he knows all of them.

He also kept trying to invite more and more people to my brother’s wedding. My mom had to keep reeling him back into reality. Family is really important to him, and he wants to make sure no one is ever left out. As my brother says, that’s the strong Irish Catholic in him. Which reminds me–he ran into relatives he knew while we were in Ireland. That’s how much he knows about our family. It’s awesome.

Stay Loyal to Your Team. Always. 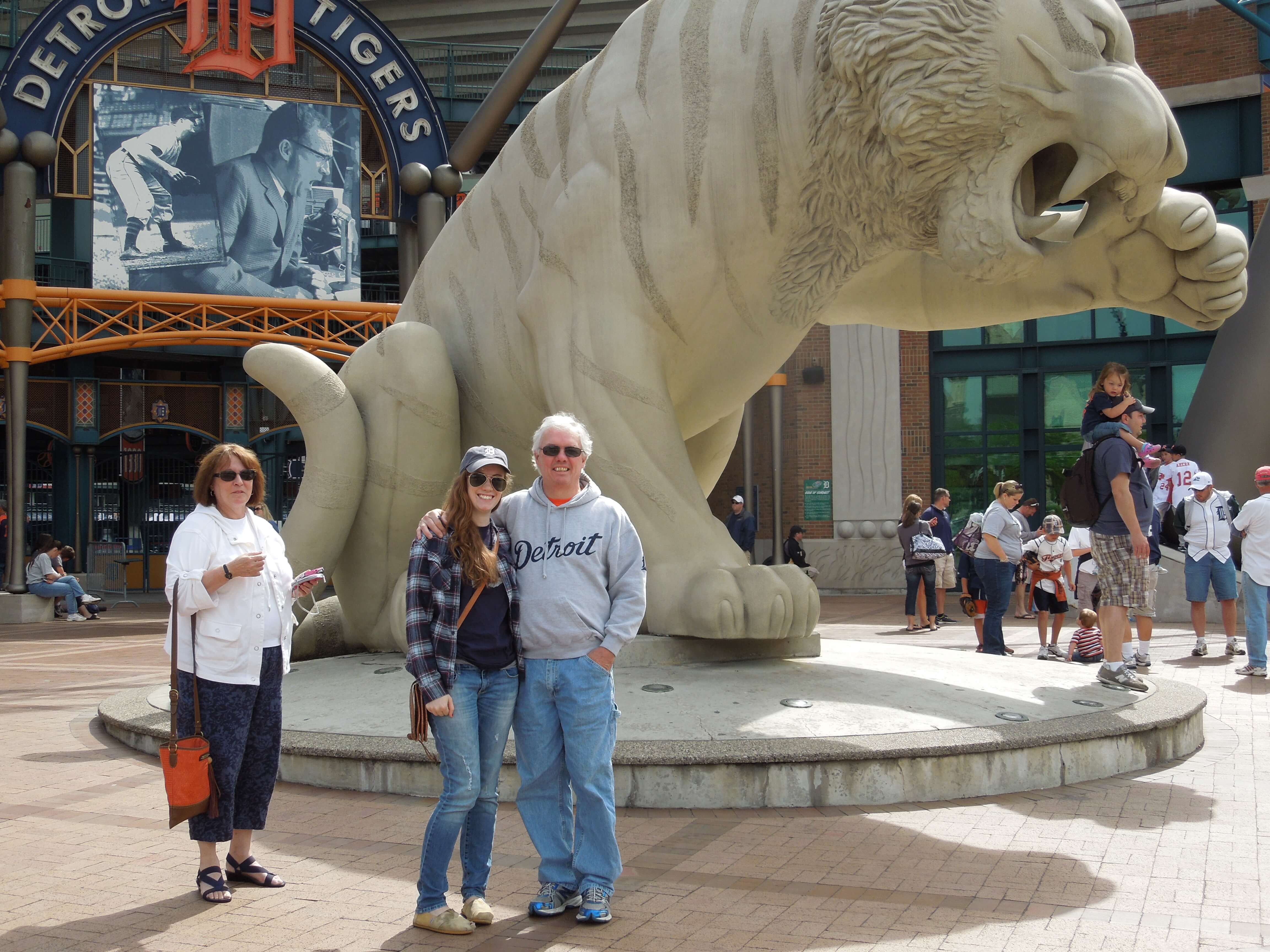 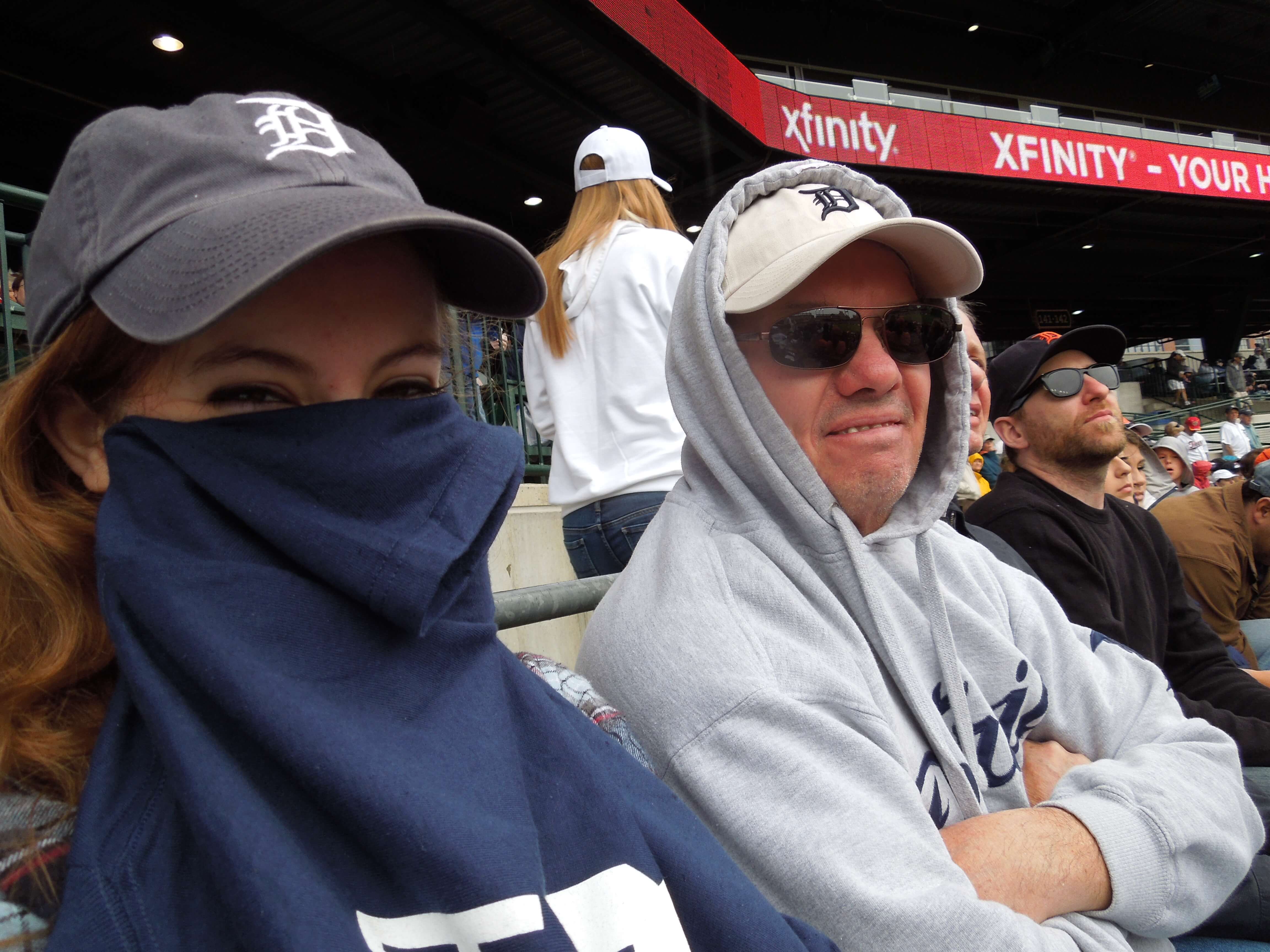 My dad is a huge sports fan. Michigan State, the Tigers, the Pistons, the Lions, and the Red Wings. He watches almost every game. And the best part: he even cheers them on when they’re doing poorly. He’s as far from a fair-weather fan as you can get. Mind you, the bad seasons meant a lot more swearing coming from the basement, but he still watched.

It taught me a lot about loyalty. Things might not always go the way you want, but you have to stick to your team. Eventually, the pendulum will swing back in your favor.

My dad is a pretty amazing guy. What have you learned from your father or father figure?