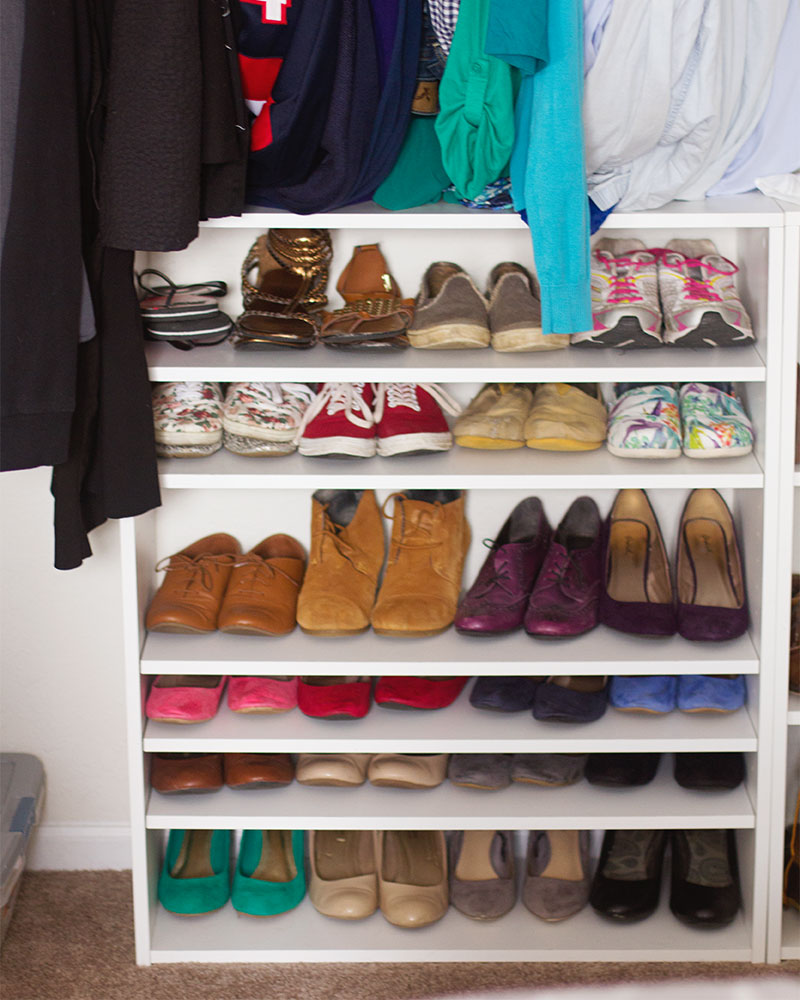 Sean and I have been spending the last month or two really improving our apartment, and I’m finally feeling really comfortable with where we are at.

Two of the biggest changes for me, personally, came this past weekend.

Friday, we got our new queen-sized bed. But more on that later.

The second big change was delivered by the one and only Randi Shaffer of Randi with an I.

Sean and I have had mismatched shoe racks in our closet since the day we moved in.

They were both metal and didn’t function really well. Mine was specifically for heels, so all of my flats constantly slid off.

After looking around Pinterest and the IKEA website for ideas, I decided on a simple and inexpensive fix: white Target bookshelves.

We’ve got the same ones in black in our living room, and I love them.

I got the tall 5-shelf bookcases, because this design allows me to only make the bottom half. Then I have more shelves to work with.

Sean and I went to our local Target last week, but they didn’t have the white ones in stock. They had black and brown, but that wasn’t the look I wanted.

I looked on the Target website to see where the closest ones were. They of course don’t sell these ones online.

None of the locations in Grand Rapids had any in stock, but the store in Mount Pleasant did. Luckily, Randi lives there, and was coming down to visit for the weekend.

Being the amazing person she is, Randi agreed to pick them up from the store and bring them to me on Saturday.

I ordered them online and chose “Store Pickup,” so I could pay with my credit card rather than having to pay Randi back. I could even make a note that Randi would be picking them up, and she didn’t have any problems at the store. 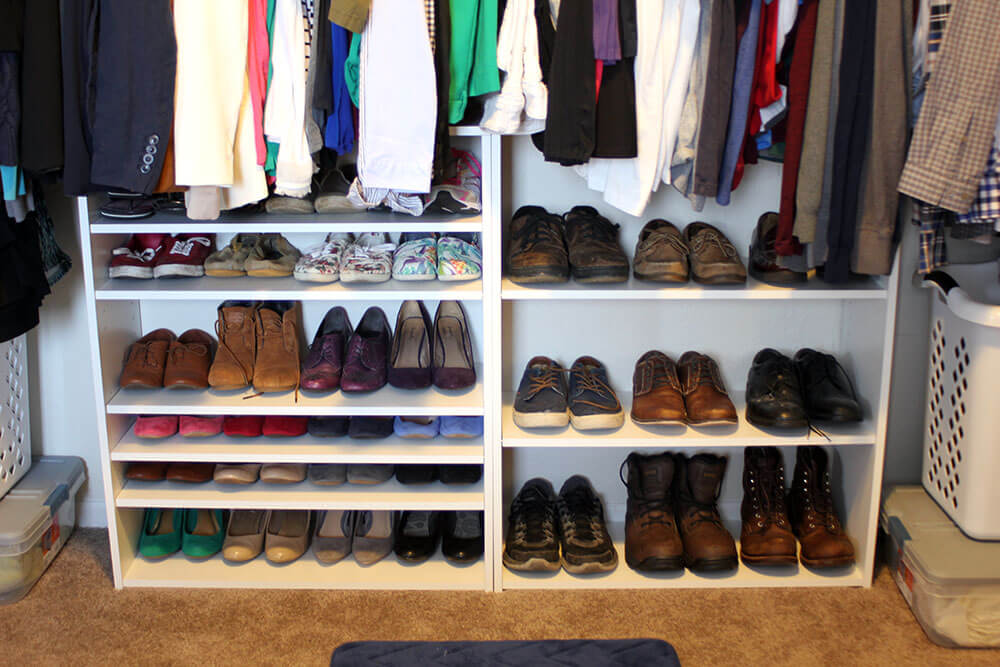 The shelves took less than half an hour for Sean and I to put together. We decided against putting the backing on the shelf to save some time. The inside of our closet is white anyway, so you can’t tell.

It does say not to stand the shelves up until you nail the backing on, but they were plenty sturdy on their own because they were half the height they were supposed to be.

Just to be safe, though, we screwed them together at the top.

I was also short one set of pegs to rest the last shelf on, but I had some extras from another shelf. You should be able to get extra pegs at Home Depot if you need them, though.

It also helped that Sean has way fewer shoes than me, so I got some of his leftover shelves, too. So keep that in mind when deciding how many shelves to get.

Once I got the shelves put in place, I was ecstatic. I’m so happy with how our closet looks now.

Before our shoe racks looked sloppy, but now they look much more put-together. It’s not quite Lauren Conrad status, but they’re like the cheap alternative.

How do you organize your shoes?