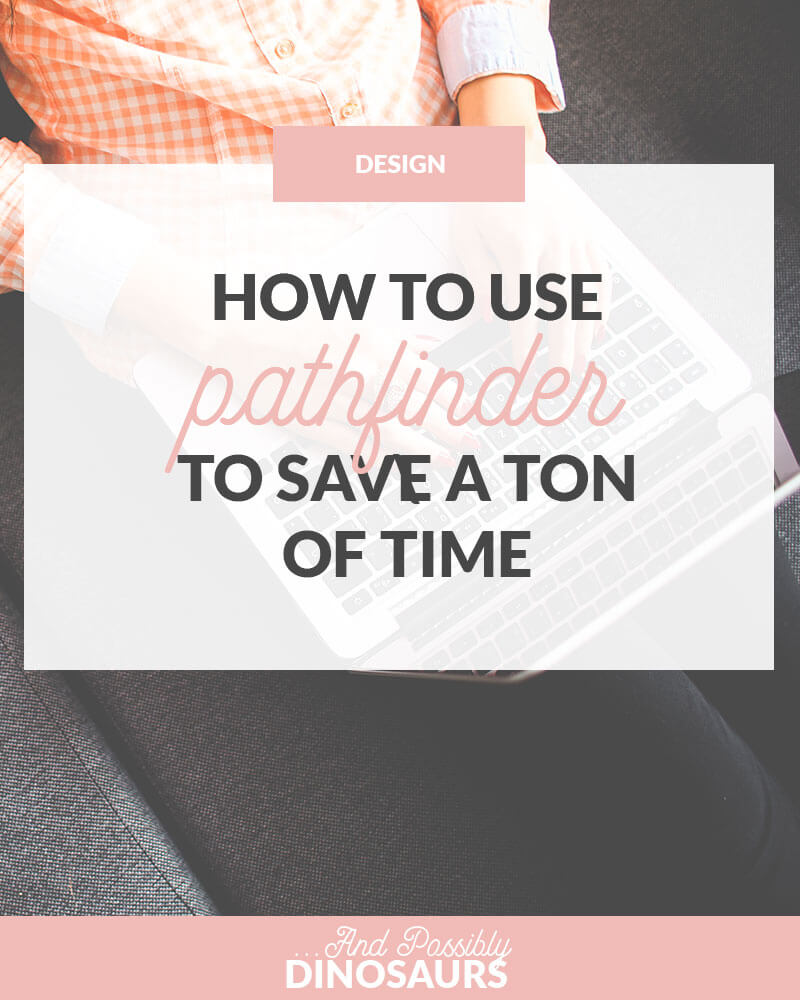 I’ve been using InDesign since my sophomore year of high school, so it’s definitely the Adobe program I’m most comfortable with. I used it in yearbook in high school and as a journalism student in college. Now, I’m using it at work almost every day.

However, I’ve found that no matter how long you’ve been using a program, you can always learn new shortcuts. It wasn’t until my junior year of college (six years after I first opened InDesign) that I found out about the Pathfinder tool.

Holy cow. Now that I’ve learned how to use Pathfinder, my designing time has decreased incredibly. Let me show you how.

How to Use Pathfinder

First of all, let’s talk about what Pathfinder is used for. It’s a tool you can use to add and subtract objects from each other. For example, you could use it to combine two circles and a triangle to form a heart, or subtract a small circle from a larger circle to create a donut.

If only it created a real donut, though. Om nom nom.

Where to Find Pathfinder

I personally keep Pathfinder in my InDesign sidebar at all times. If it doesn’t show up for you, though, simply click on “Window,” go down to “Object & Layout,” and click on “Pathfinder.” 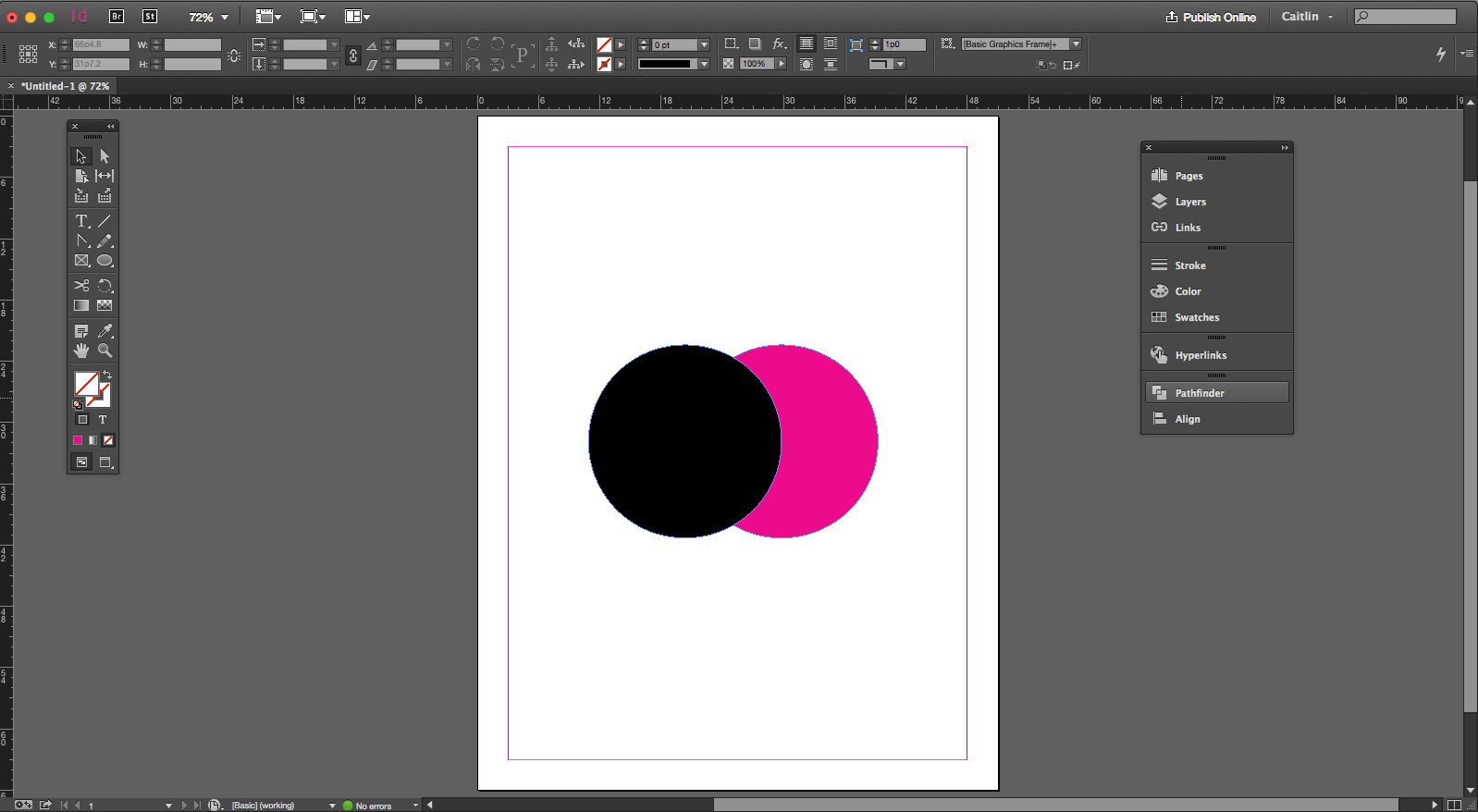 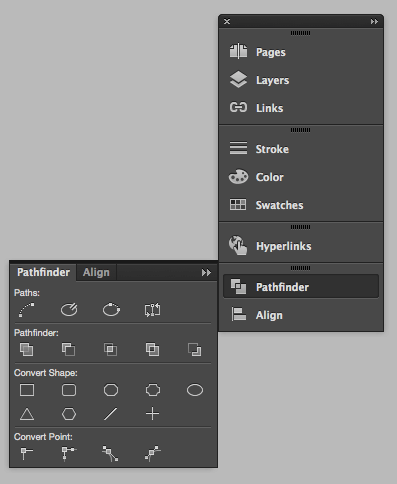 It might not be super obvious what all of the icons mean at first, but after you start playing around with them it will start to make sense. There’s a lot in there, so we’re going to just stick with the icons labeled “Pathfinder” for now.

The first icon is probably the one I use the most. It’s used to combine two objects; the icon shows two squares being added together to create… some sort of eight-point polygon. I don’t really know what you would call it. A crooked bow tie maybe?

To combine the two objects, you have to make sure they’re both highlighted. If you’re using the addition tool, you can highlight as many objects as you want and combine them into one. Subtraction should just have two at a time.

The important thing to note is that the new object will use the style (color, outline, etc) of the object that’s on top of the other object(s). So, for example… 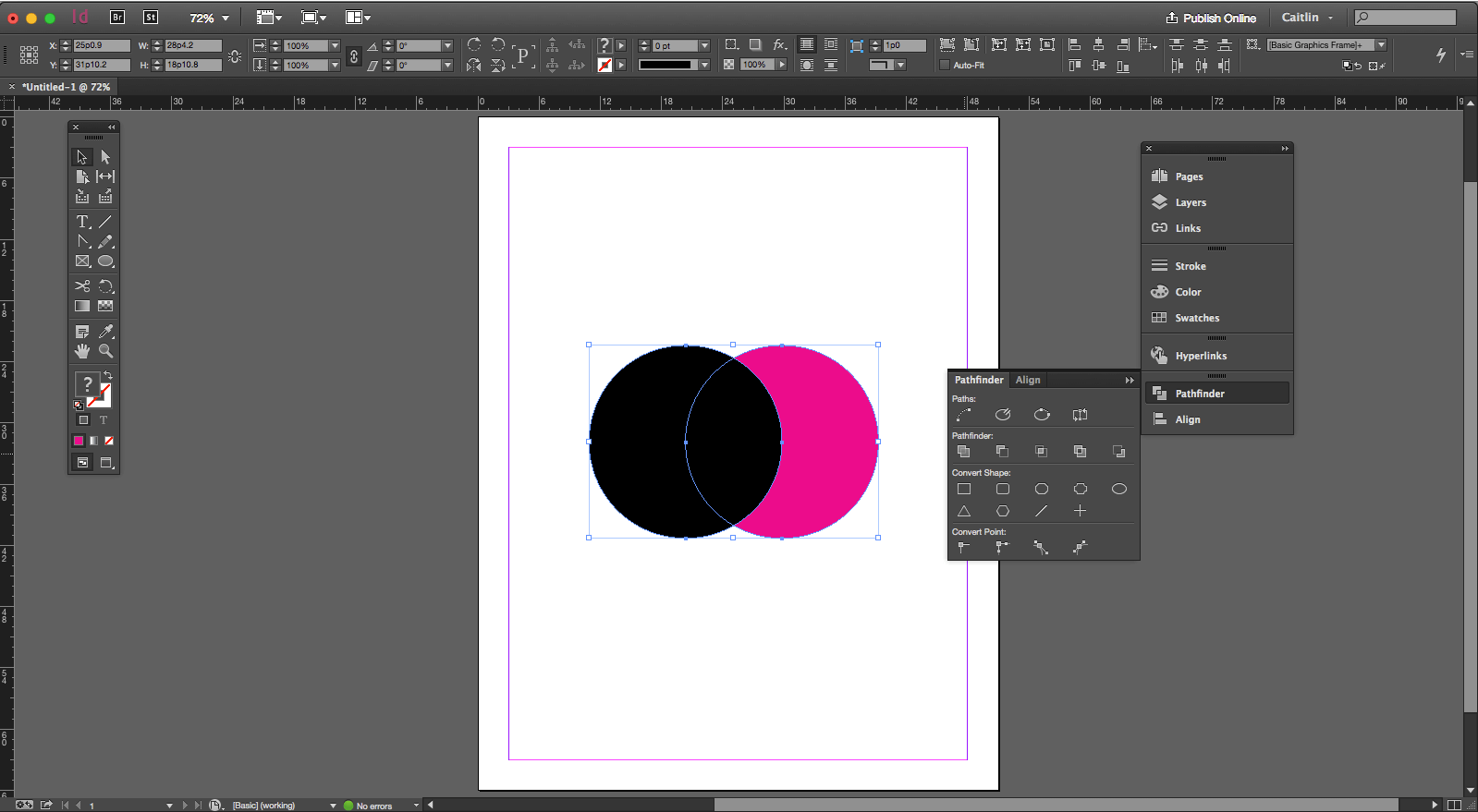 Here, the black circle is on top of the pink circle. So when we use the first icon to combine the circles, you get… 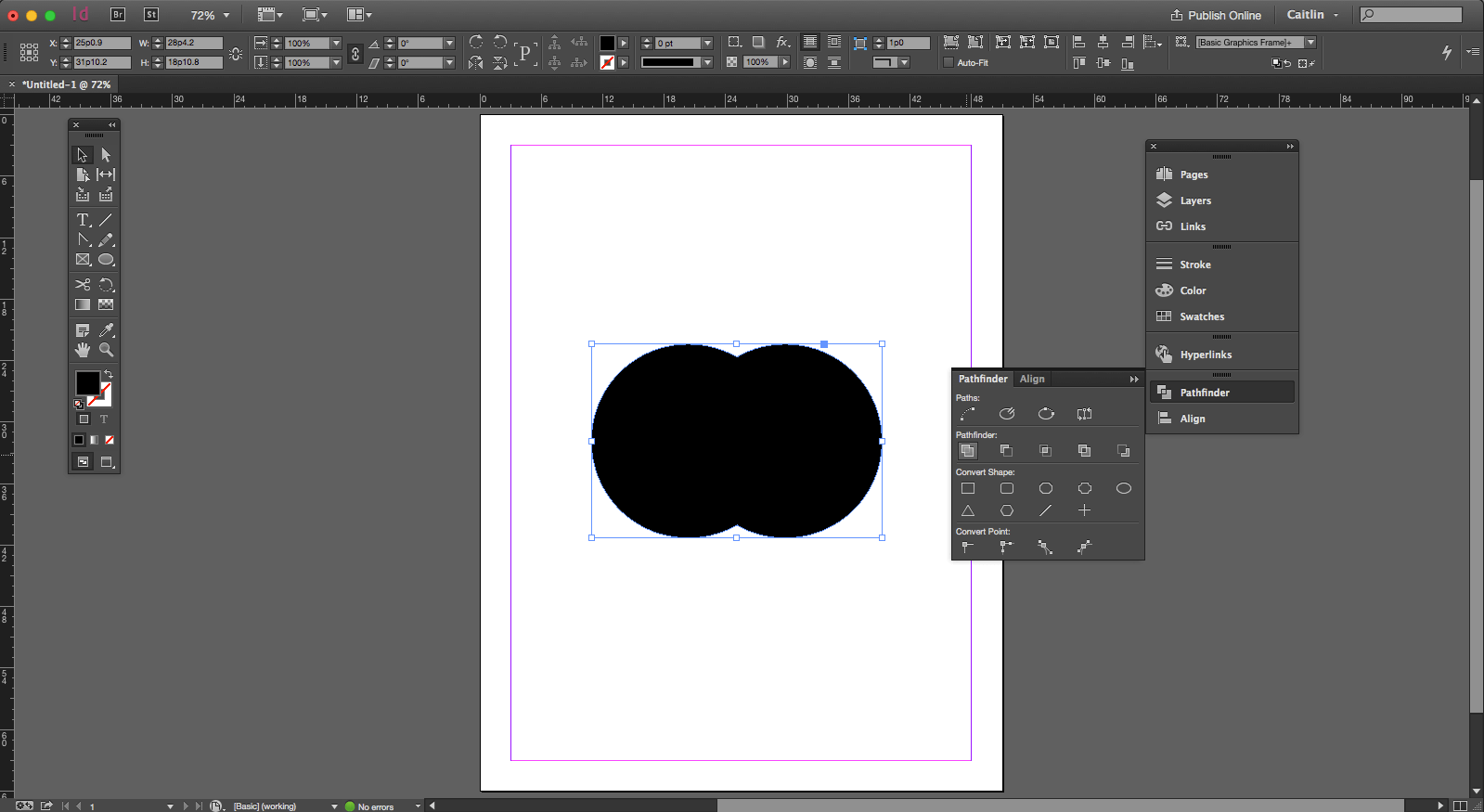 A black shape. On the other hand… 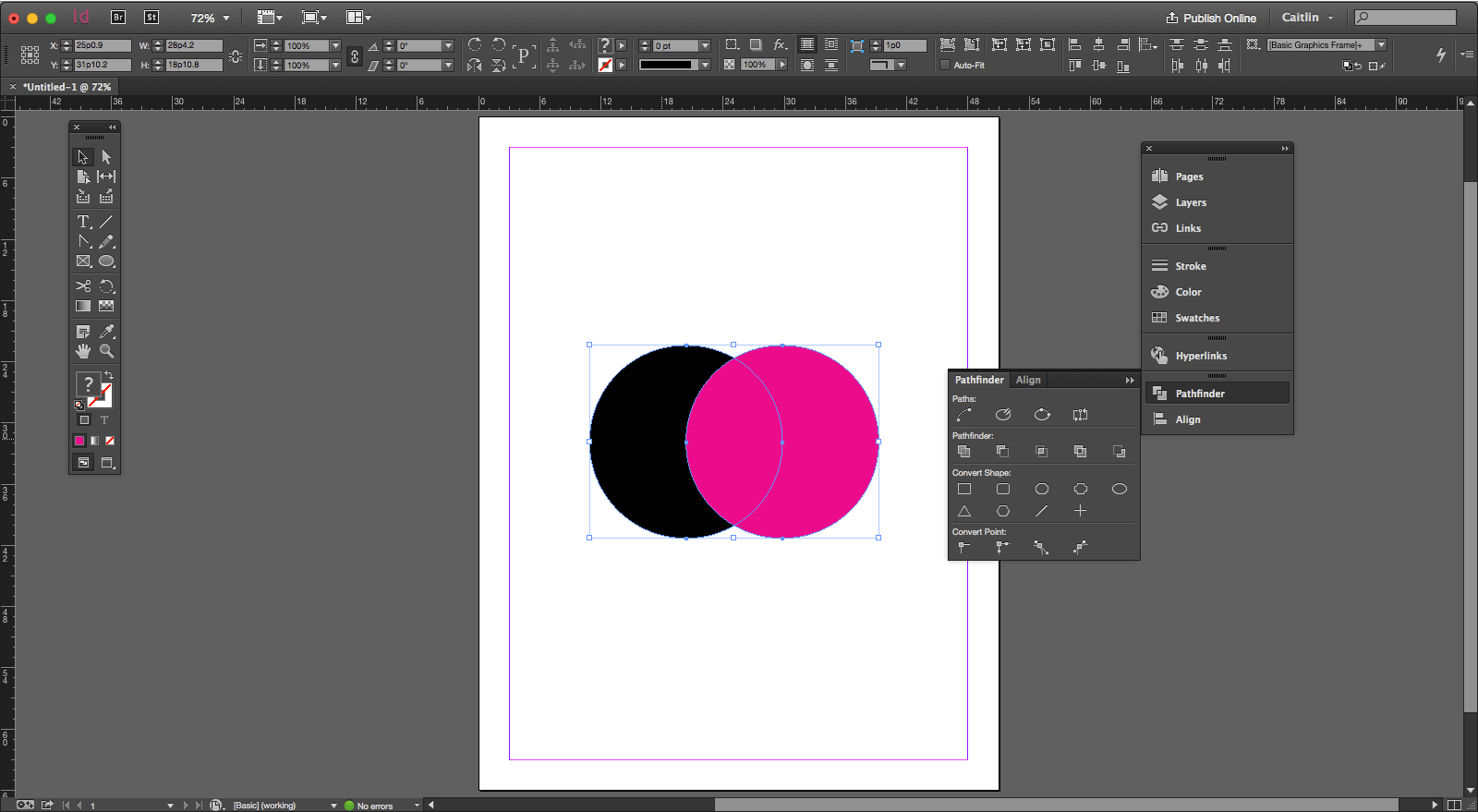 When the pink circle is on top…. 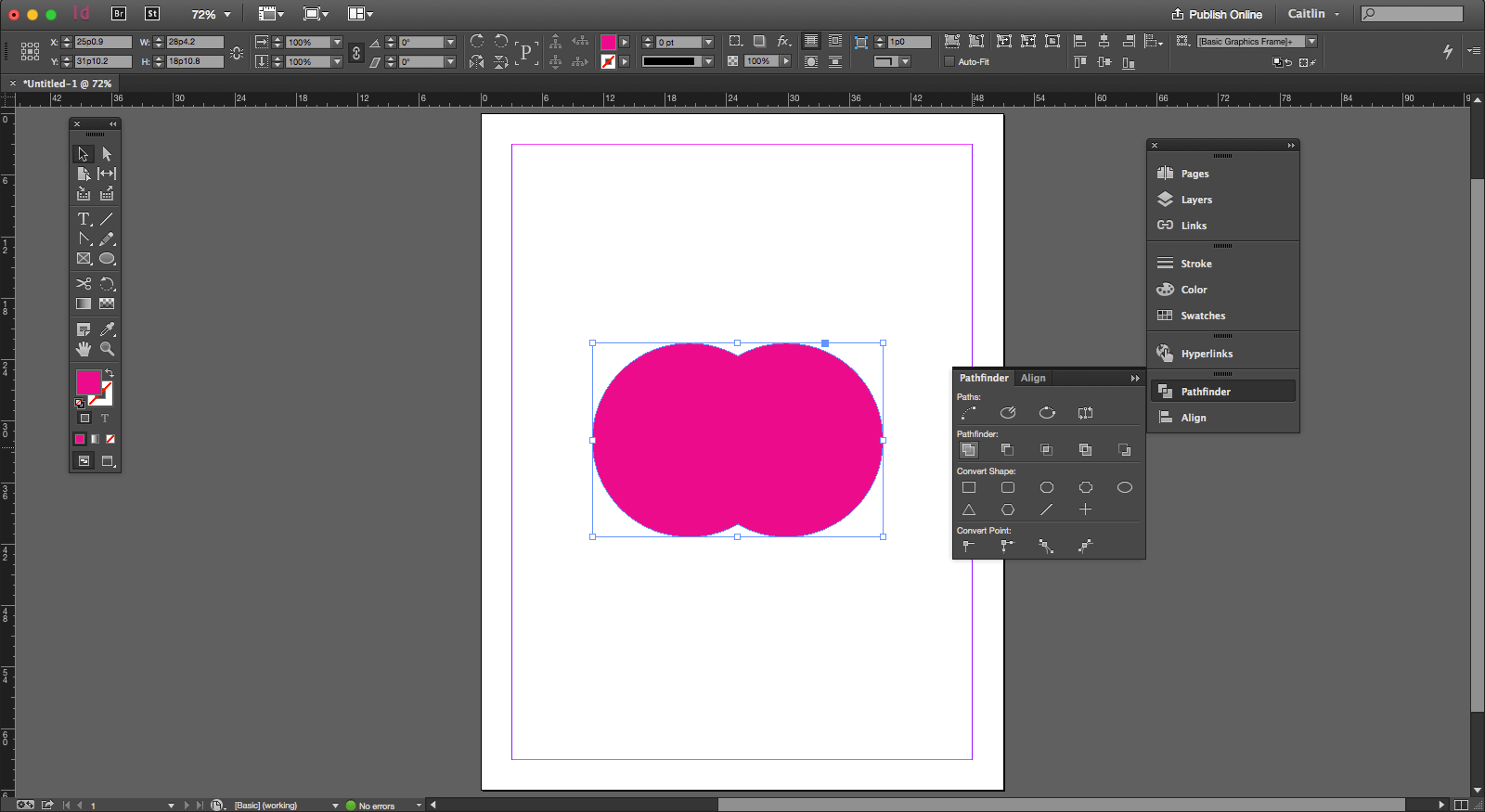 You get a pink shape! Make sense?

Well, these shapes haven’t exactly been helpful so far. Unless you’re a science teacher looking to illustrate mitosis to your students. But have no fear, there are many more uses for Pathfinder! Let’s try one out, shall we?

How to Create a Yin-Yang Using Pathfinder

This was one of my first projects using Pathfinder in my graphic design class in college. And it really stuck with me and proved how useful Pathfinder can be, so I wanted to share. 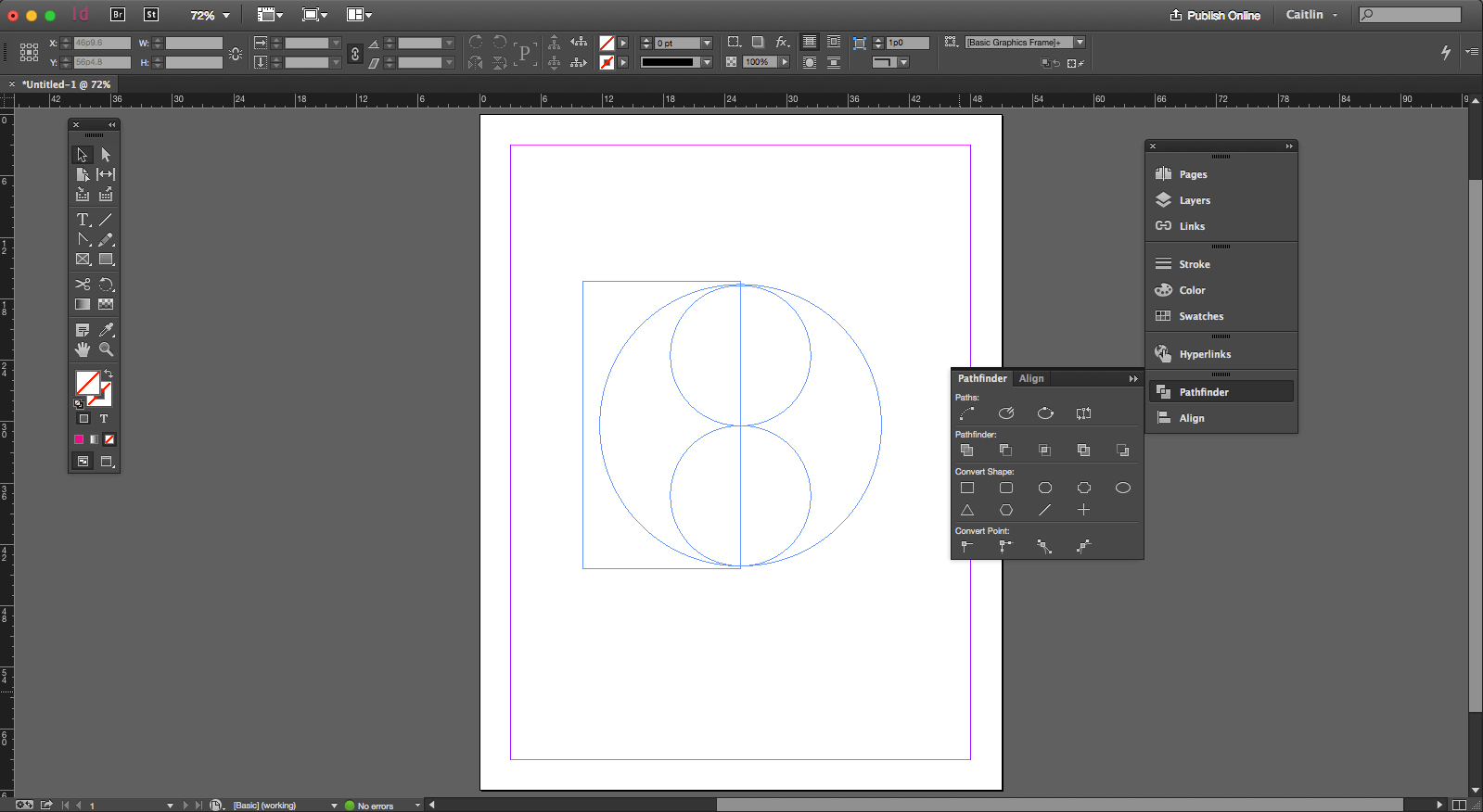 Not very much yet, right? Well have patience, grasshopper.

Then, we use the second icon under Pathfinder to subtract the top layer (in this case, the rectangle) from the bottom layer (the black circle). 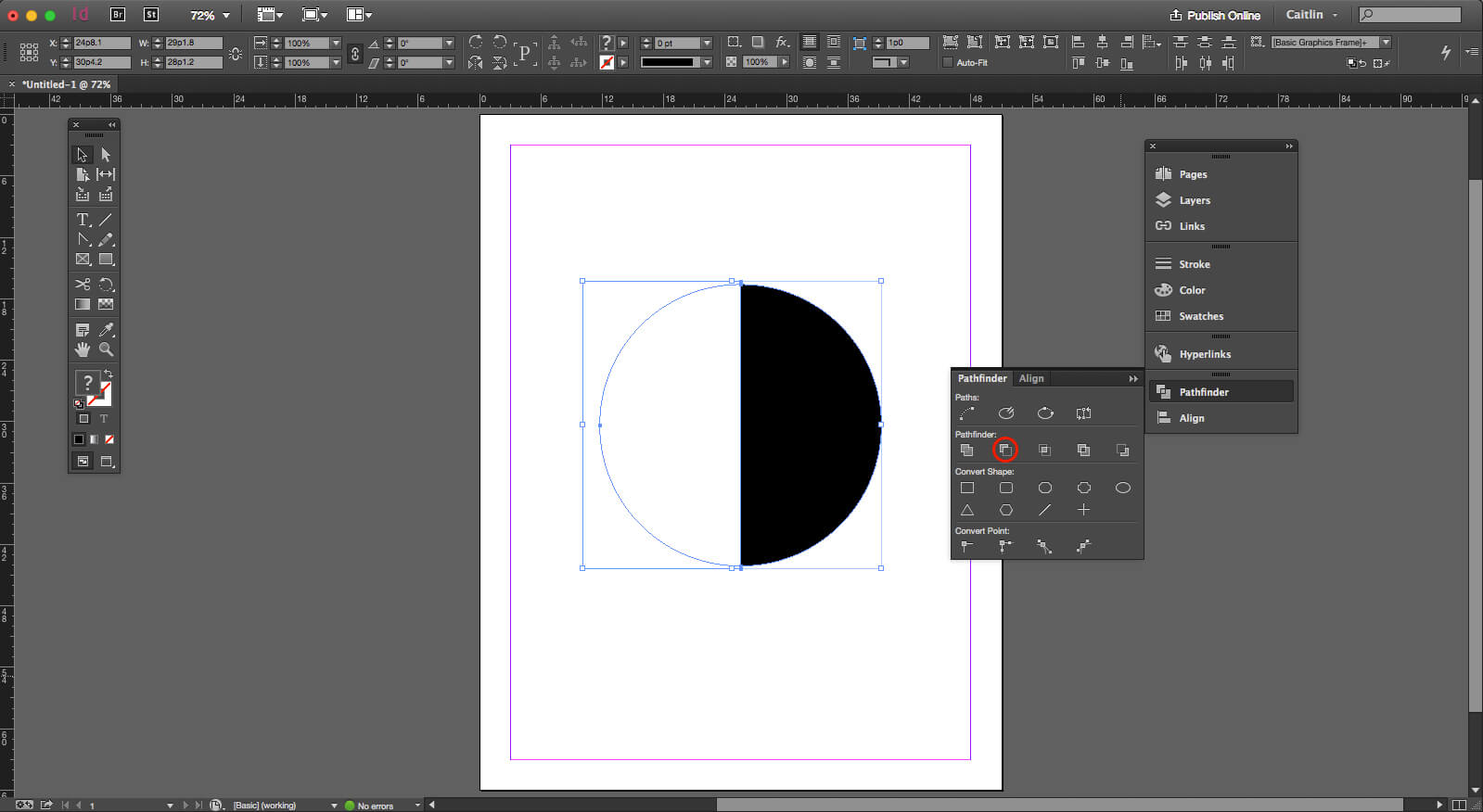 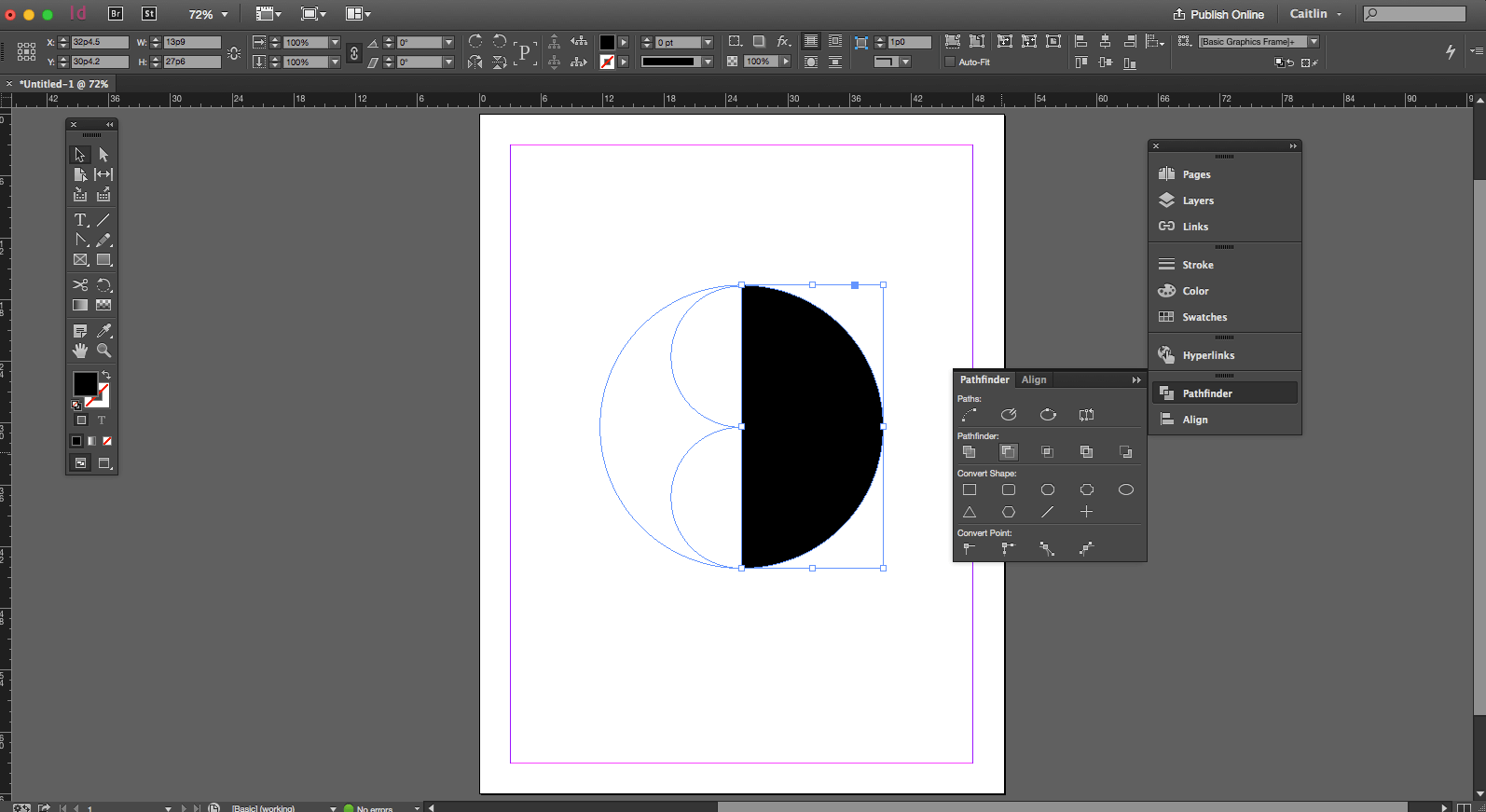 Do you see why we needed two large circles directly on top of each other now? Without the second one, there wouldn’t be anything to create the white half of the yin-yang. It’s little things like this that take a little bit of practice to get used to.

Now we want to add one of the smaller circles to the half-circle we’ve just created. We can do either, but I’ve decided to do the top one. I colored it in black for illustration purposes, but because the half-circle is already black and is on top of the small circle, it would have turned the new shape black anyway. 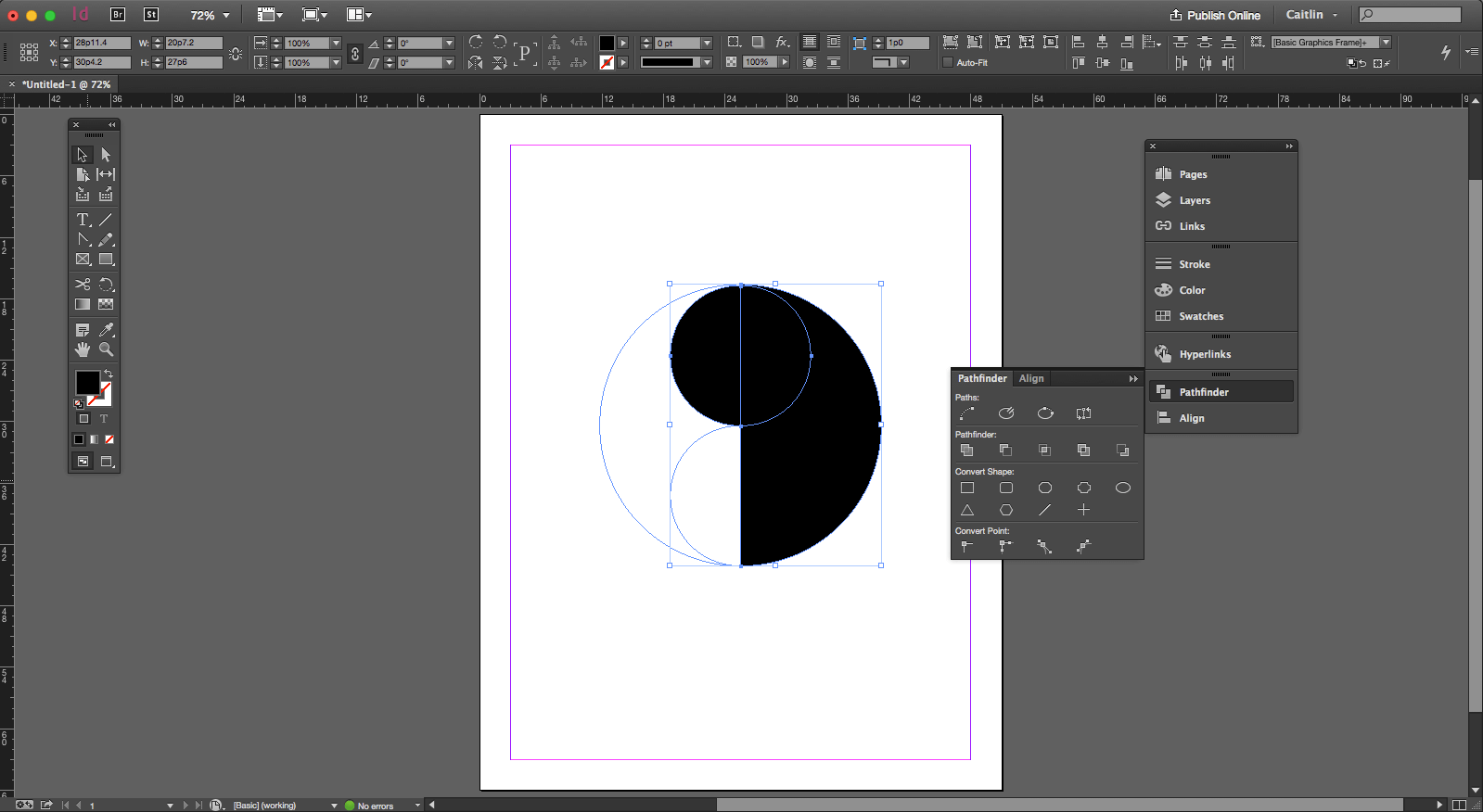 Then we’ll use the addition tool (the first icon) to combine the two objects. 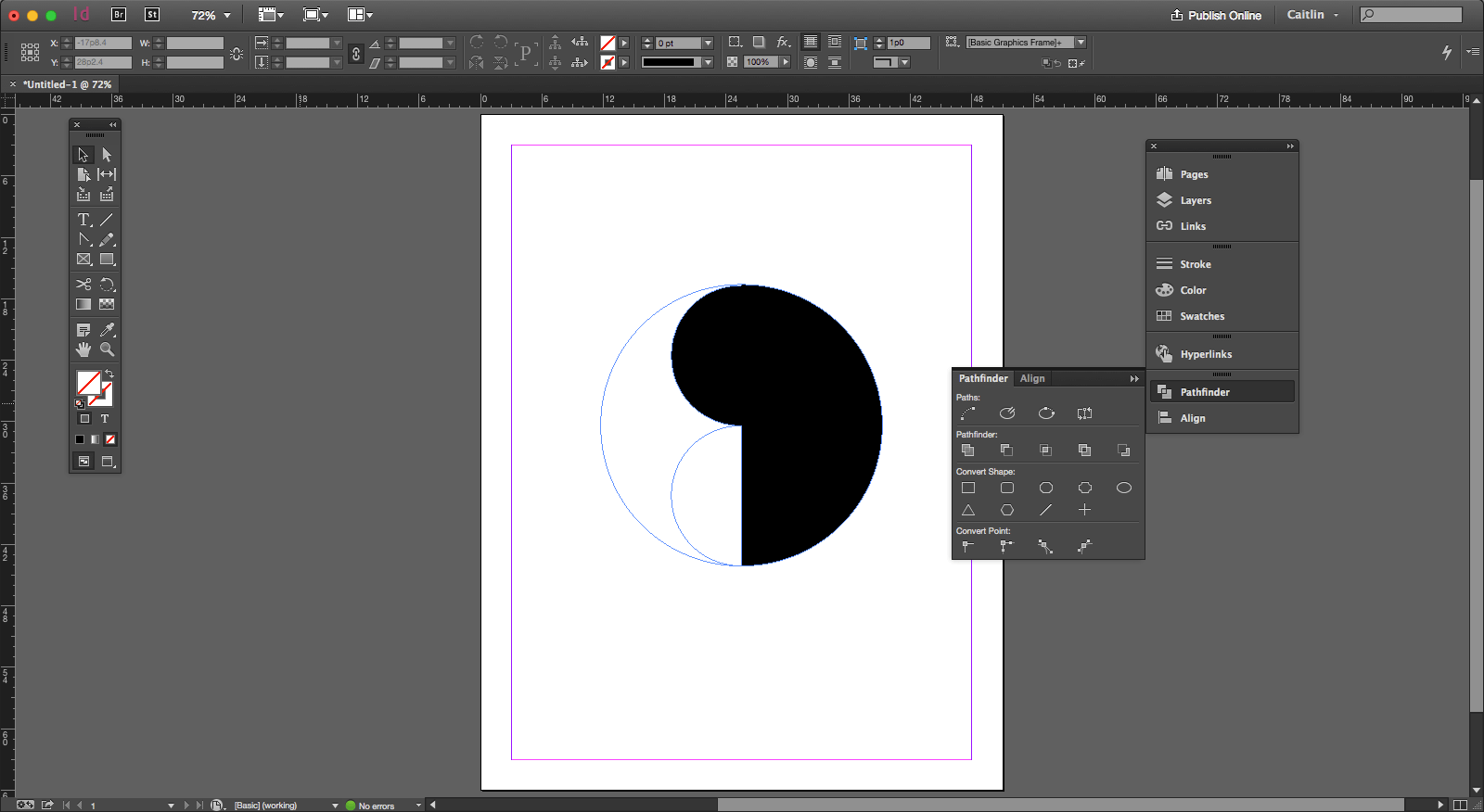 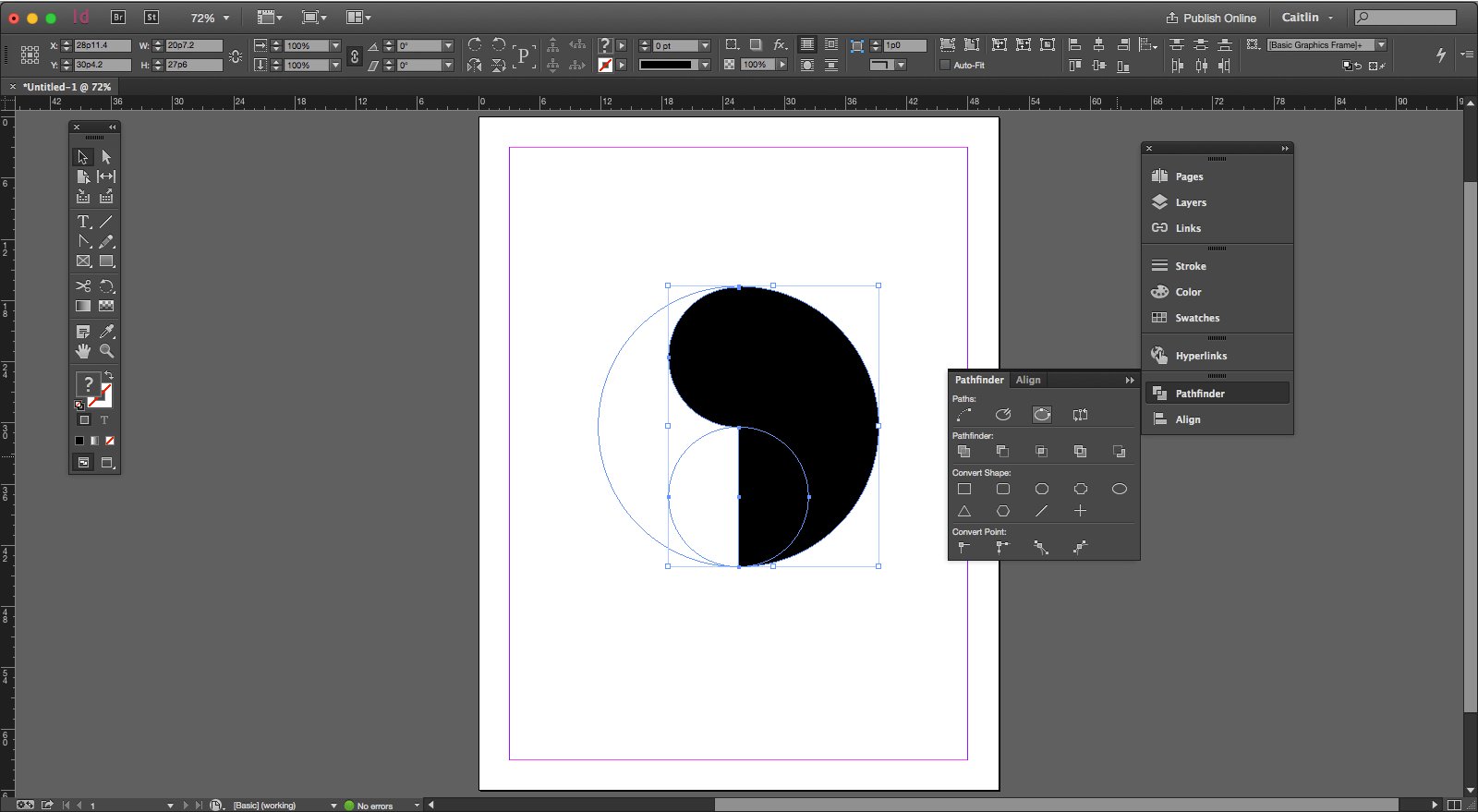 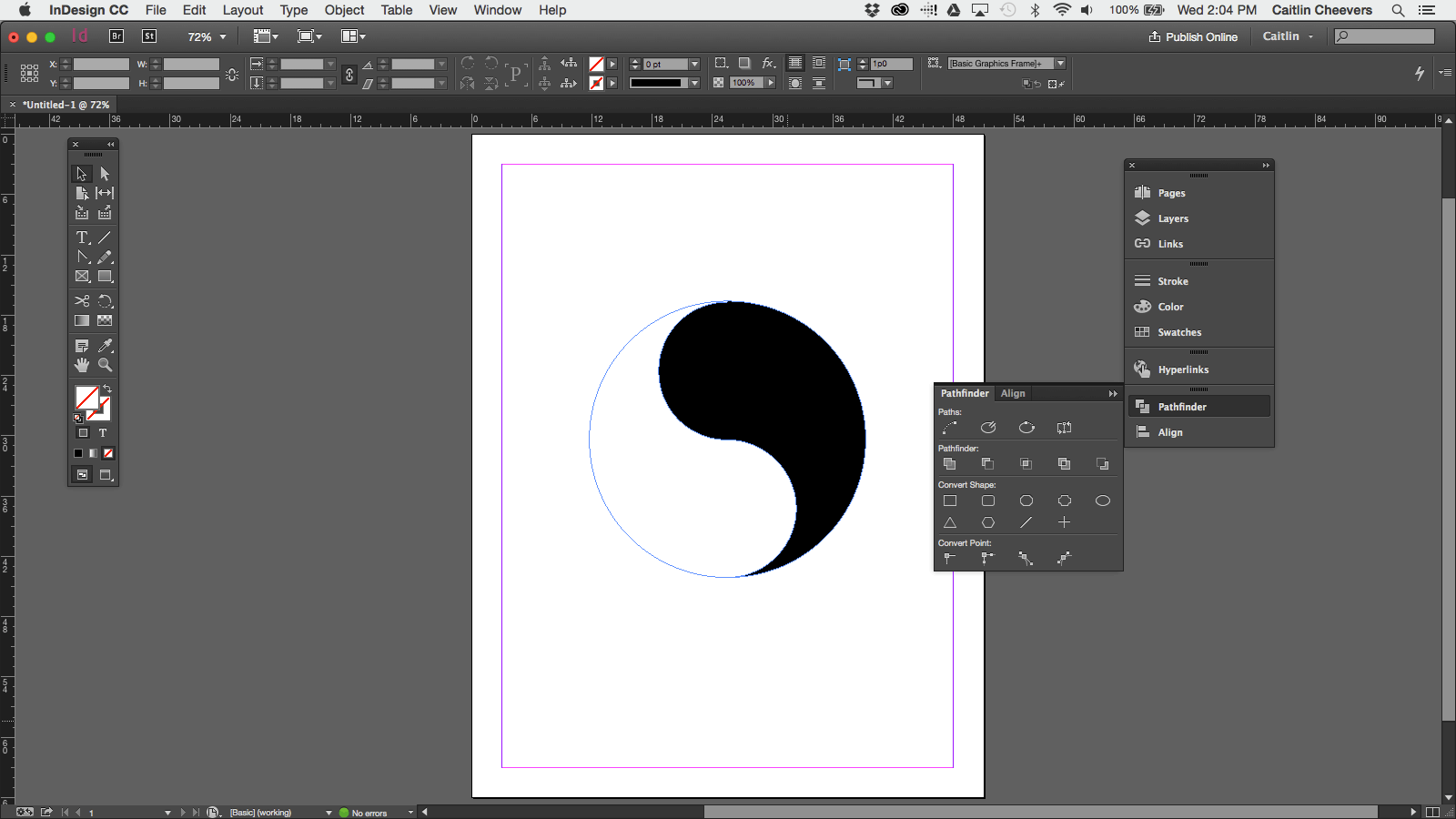 Not bad right? Now you can just add two small dots and be done! 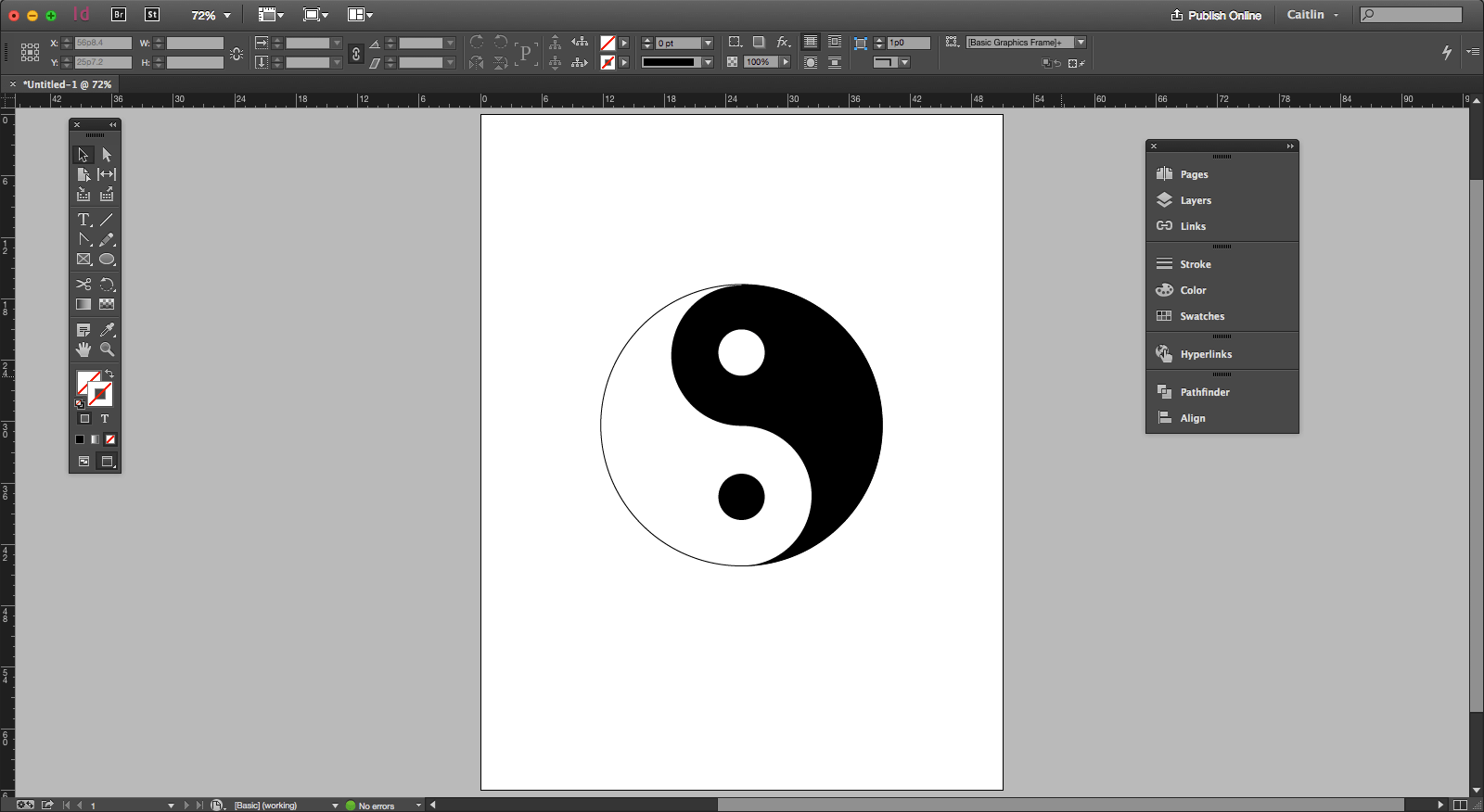 But if you wanted to be super slick about it, you’d highlight the black and white shapes and use the last icon to subtract the top layer (the black shape) from the bottom layer (the white shape). Then you can pull them apart without it getting all wonky… 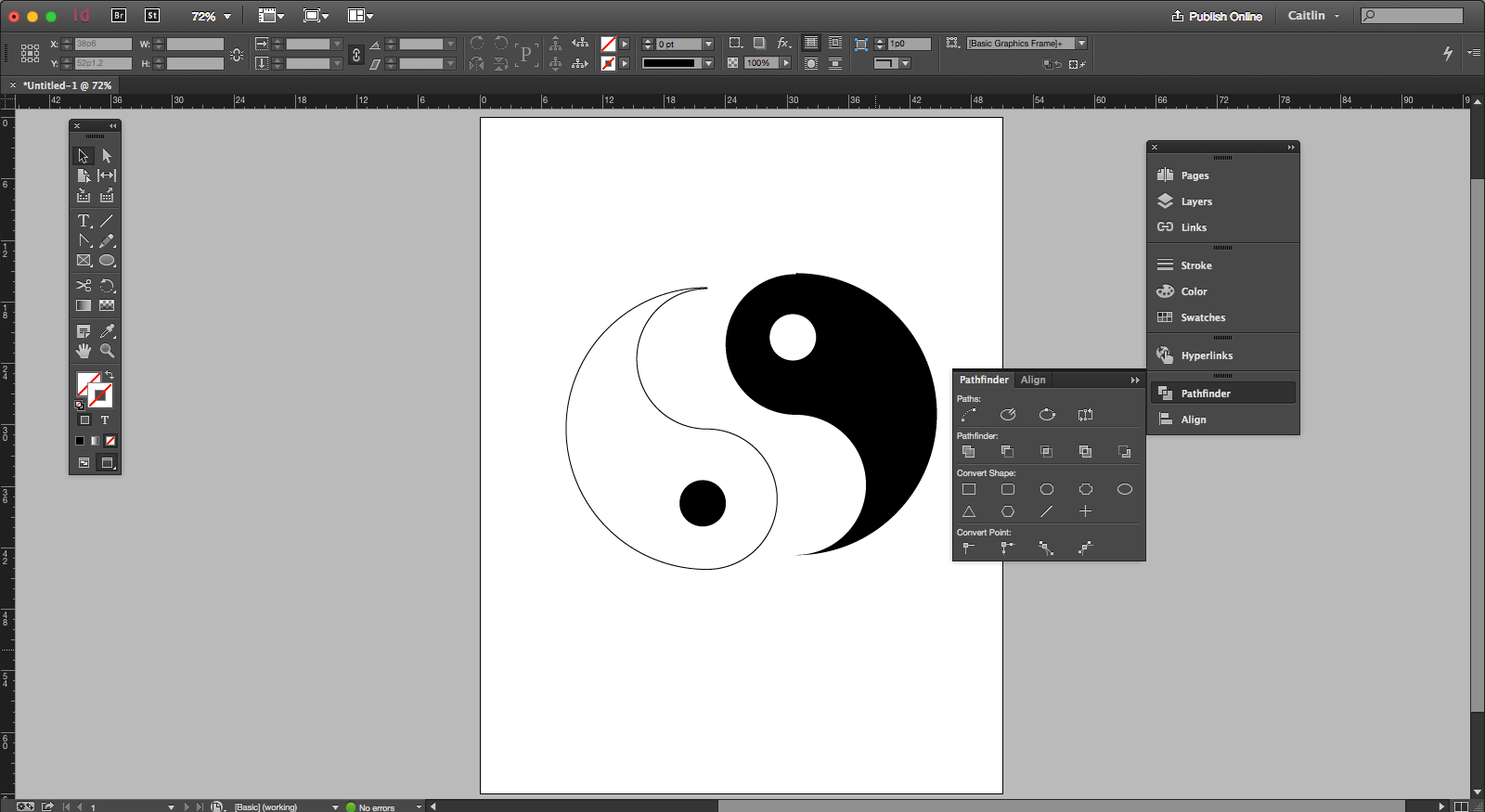 Okay, so it’s still a little wonky-looking, but you get the point.

Using Pathfinder takes a little bit to get used to, but once you understand how it works, you can save a lot of time. Creating a yin-yang with Pathfinder is much easier than trying to freehand the whole thing.

A yin-yang might not be the most practical use of Pathfinder (very few people need a yin-yang graphic every day…) but it really shows how the different options work.

Do you use Pathfinder? For what?