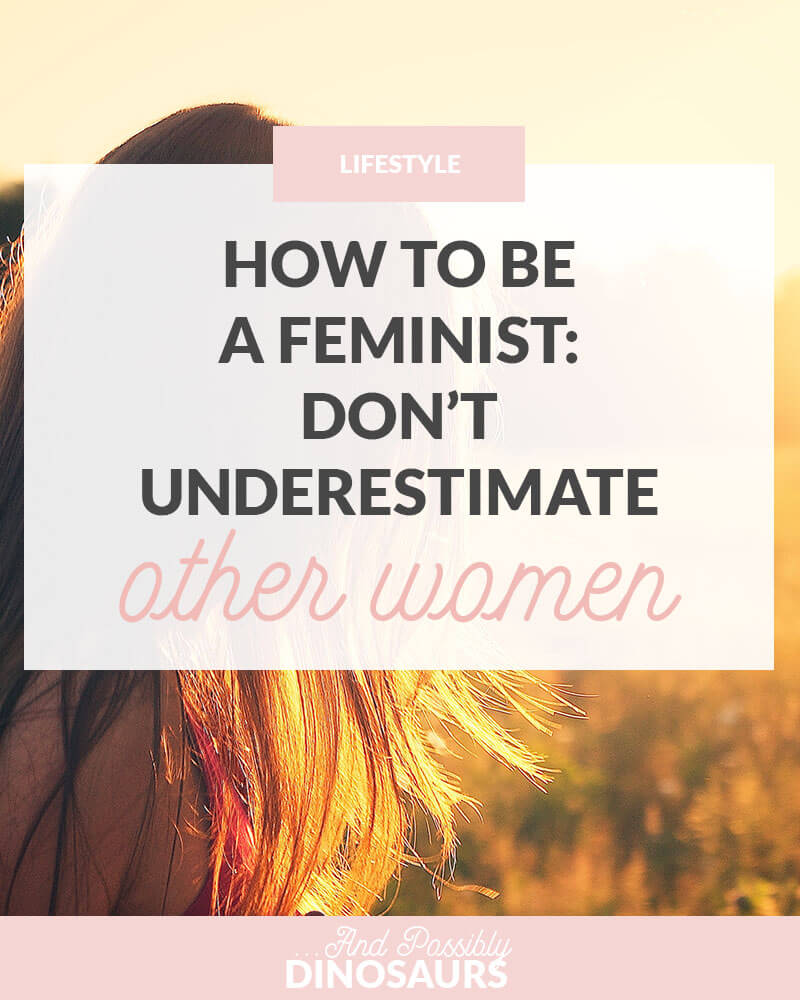 I’m excited to start a new mini-series within Feminist Friday: How to Be a Feminist.

There’s such a stigma against feminism that I’d like to illustrate how easy it actually is to be a feminist.

As I’ve said before, I proudly identify as a feminist (even though it wasn’t always that way). However, I still find myself slipping up every now and then.

This past Monday was one of those days.

Sean and I have joined a 3D Dodgeball league (dodgeball on trampolines, whaddup!). We play every Monday night, and enjoy it so much that we just signed up to play again in January and February.

This week was our second week, and I felt much more comfortable this time around, so I played a little more intensely. I’d like to say I played better, but that’s not for me to judge.

As a team, though, we played much better, winning 14 games to 6 versus the previous week’s loss, 6 games to 8.

It wasn’t uncommon for us to have a ton of players remaining versus one or two on the other side.

One of those times, I remember thinking to myself, “Oh, it’s just two girls on the other side. We got this.”

Woah woah woah. Back up there, Cheevers. Aren’t you a feminist?

That’s when I realized I need to shift my mindset. Again.

If I’m going to proudly consider myself a feminist, I need to make sure I’m collaborating with other women rather than competing.

I understand this is a dodgeball league, so competition is at the very essence of the relationship, but I shouldn’t shrug them off as weak simply because they are women.

Some women are weak. This is true. I am one of them. However, physical weakness isn’t an inherent trait all women possess.

And on that same page, all men aren’t physically strong. And physical strength isn’t a necessary trait to be a man.

If I’ve seen a particular woman on the other team throw poorly, it’s entirely fair and expected to underestimate her if she ends up being one of the last players standing.

Underestimating her simply because she is a woman, on the other hand? Unacceptable.

As disappointed as I am in myself, I’m framing my experience in a positive light, choosing to see it as a learning opportunity.