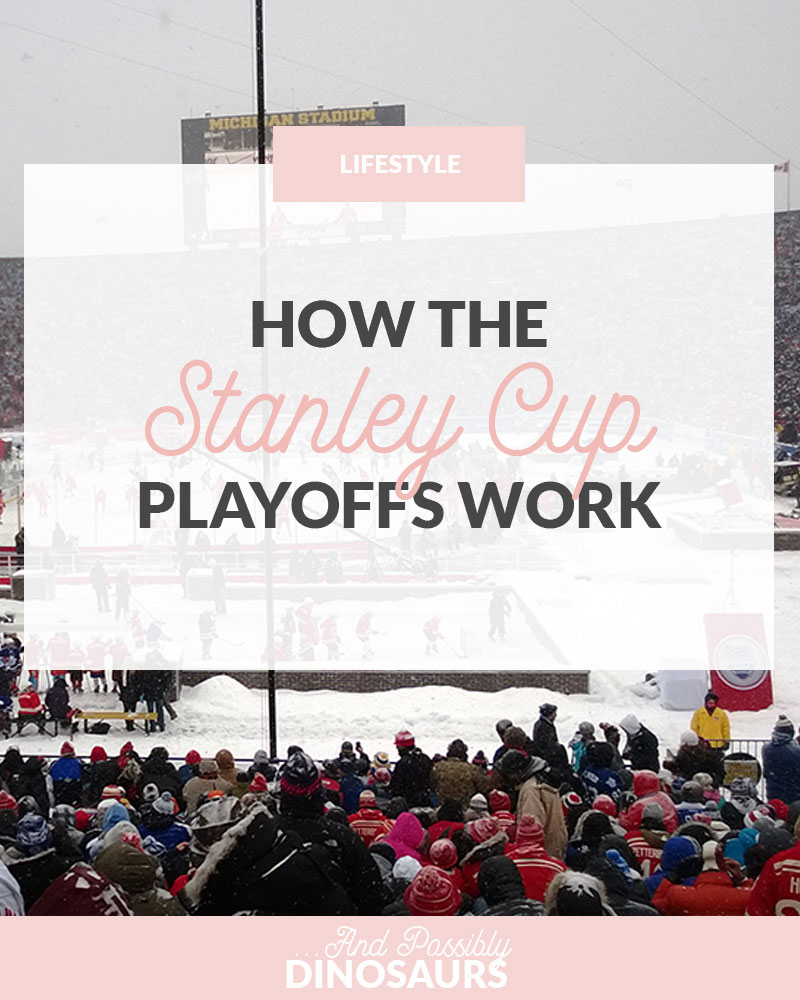 Spring is upon us, which can only mean one thing: Stanley Cup playoffs!

I love playoff hockey as much as the next person, but I’ve got an extra special reason to love it this year: we named our puppy after the Stanley Cup!

I’ll be the first to admit that the road to the Stanley Cup playoffs is confusing, to say the least.

So I’m here to break down how teams get to playoffs, and how they win the Stanley Cup.

The first thing to understand is the conference and division setups. There are two conferences in the NHL, and two divisions within each conference. Here’s the breakdown of which teams are in which division: 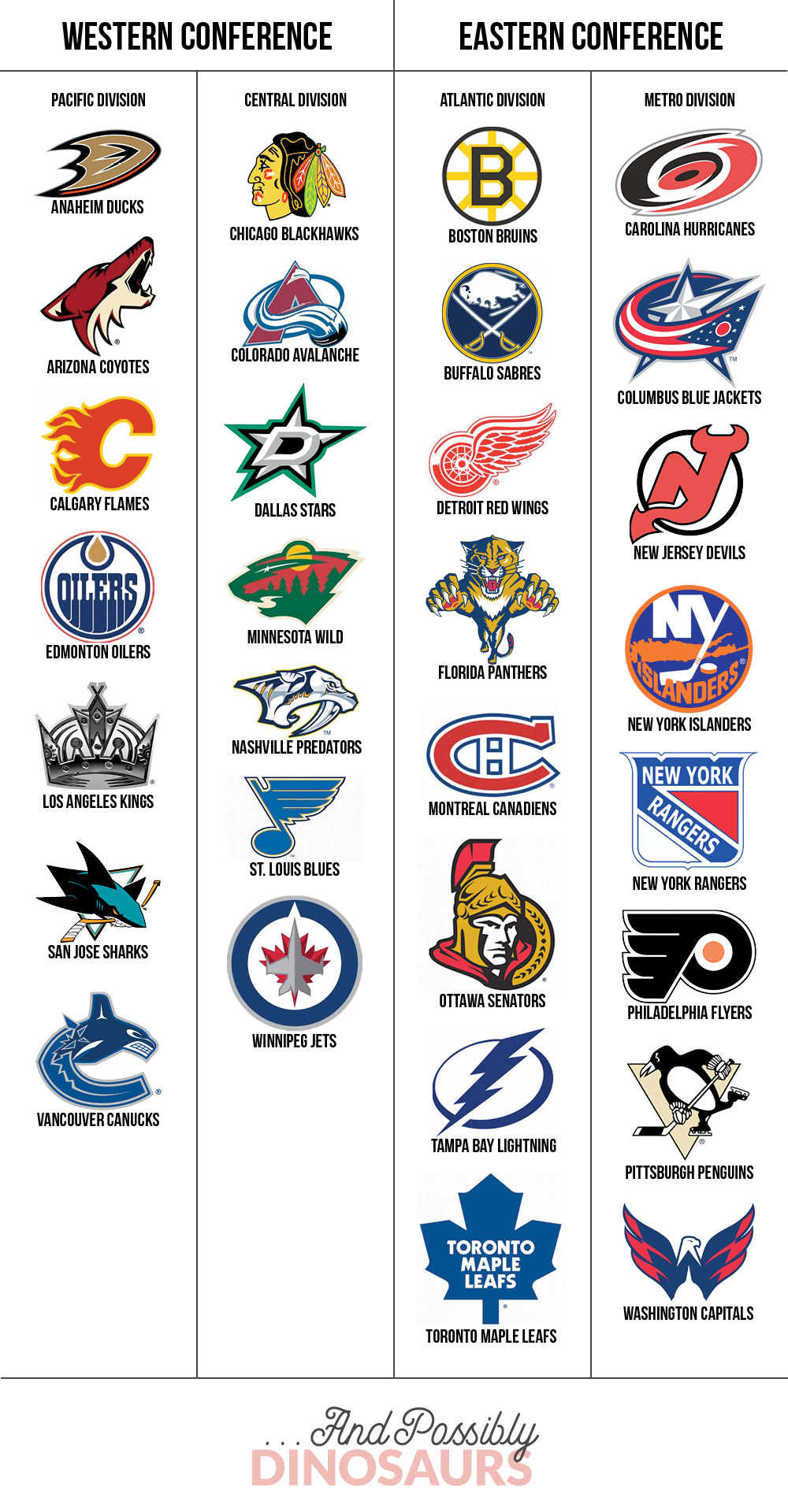 Here’s where it gets confusing.

Starting with the 2013-2014 season, the NHL changed up the format that decides which 16 teams get into playoffs.

Let’s look at the standings of the Eastern Conference for an example. This bracket is current as of 9 p.m. on Sunday, March 29, 2015: 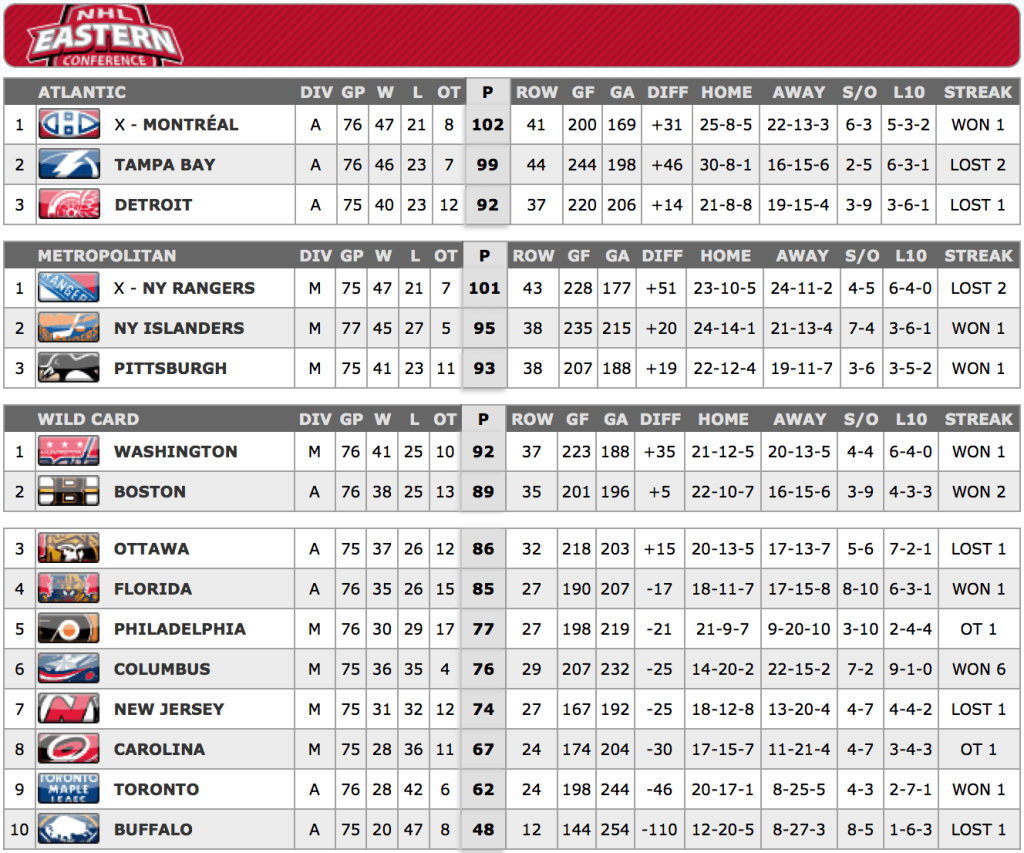 The same is done with the Western Conference, making a total of 16 teams selected.

But wait, how are the rankings decided?

They’re decided by points. But in this case, points doesn’t mean points scored in a game. Points are acquired throughout the season based on wins, losses, and overtime losses.

Those points are added up throughout the season, and teams are ranked by the number of points.

If two teams have the same number of points, the team with more regulation and overtime wins (ROW) gets the higher ranking. So, if a team won in a shootout, which comes after a 5-minute overtime, that game doesn’t count to the ROW total.

Setting Up the First Round

So, once the rankings are finalized and we know which teams are going to the Stanley Cup Playoffs, how are the first-round match-ups selected?

Well, as stated before, the two conferences only meet in the final round. So the first round consists of games between teams from the same conference.

If the Stanley Cup playoffs started today, Tampa Bay would play Detroit, and the New York Islanders would play Pittsburgh. That’s because those teams are second- and third-place teams in their divisions.

How the Rounds Work

After the first round is all set up, it gets pretty easy to understand. Each match-up plays to the best of seven games. The first team to win four games advances to the next round.

This setup continues throughout the bracket until a Stanley Cup winner is chosen!

Will you be watching the Stanley Cup playoffs this year? Who do you think will win it?