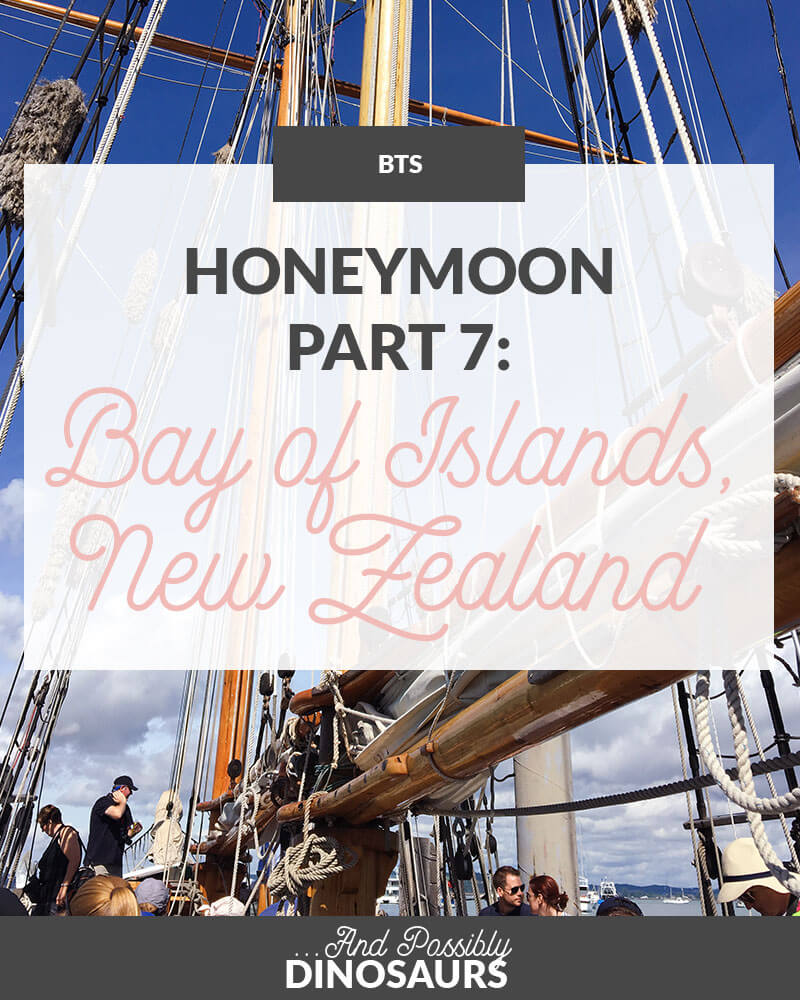 Aah, Bay of Islands. Our final port for our honeymoon cruise in Australia and New Zealand!

We were pretty excited about this one; it was the only one we booked through the cruise ship, and the excursion was to ride around in the bay on a pirate ship. Yes please!

It was a little cold that day, so it wasn’t quite as nice as we had hoped, but it was still an overall cool experience!

We took a shuttle boat from the port into Russell, which was the first permanent European settlement in New Zealand. From there, we hopped on the tall ship and ventured out into the Bay of Islands! 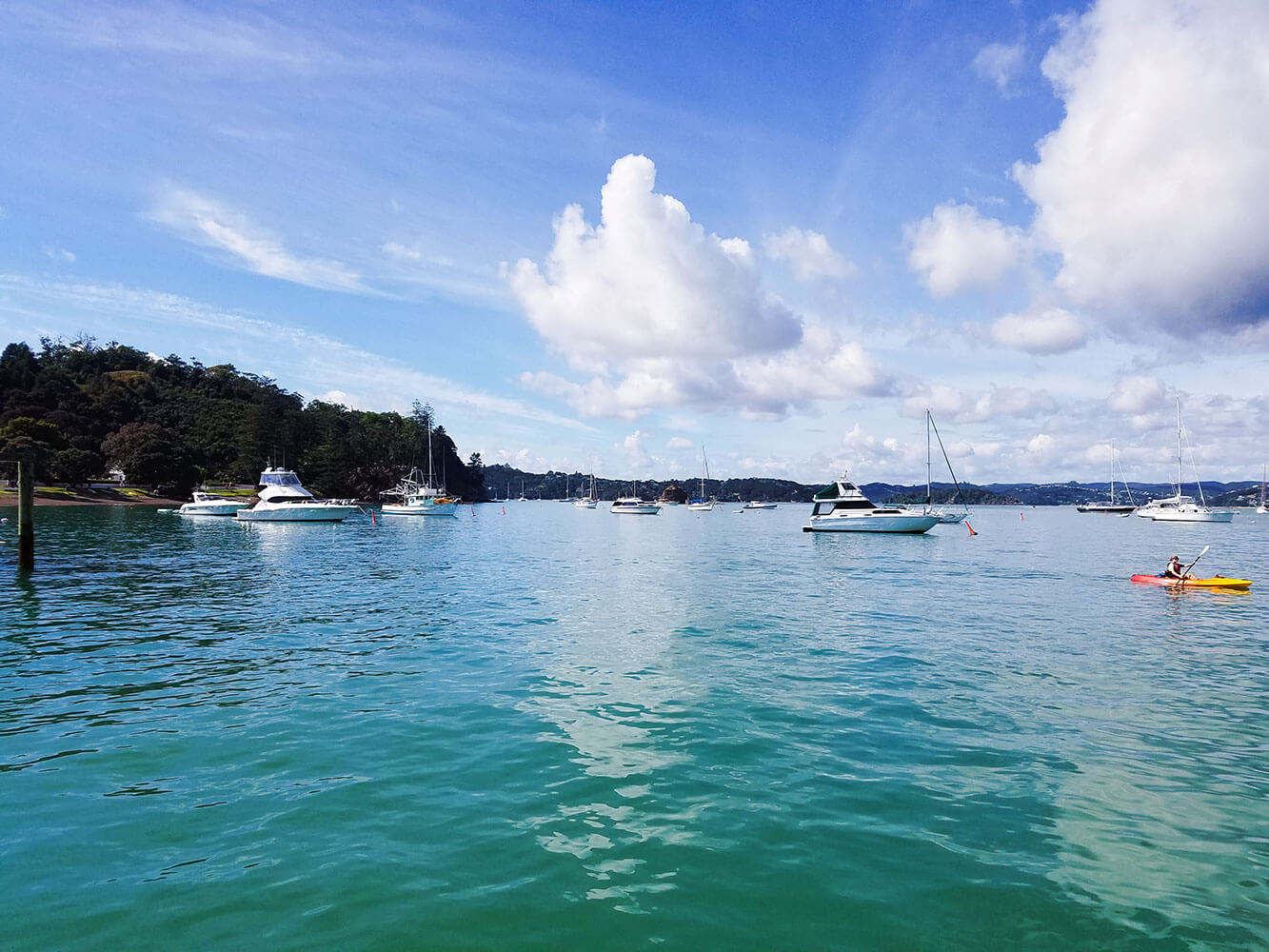 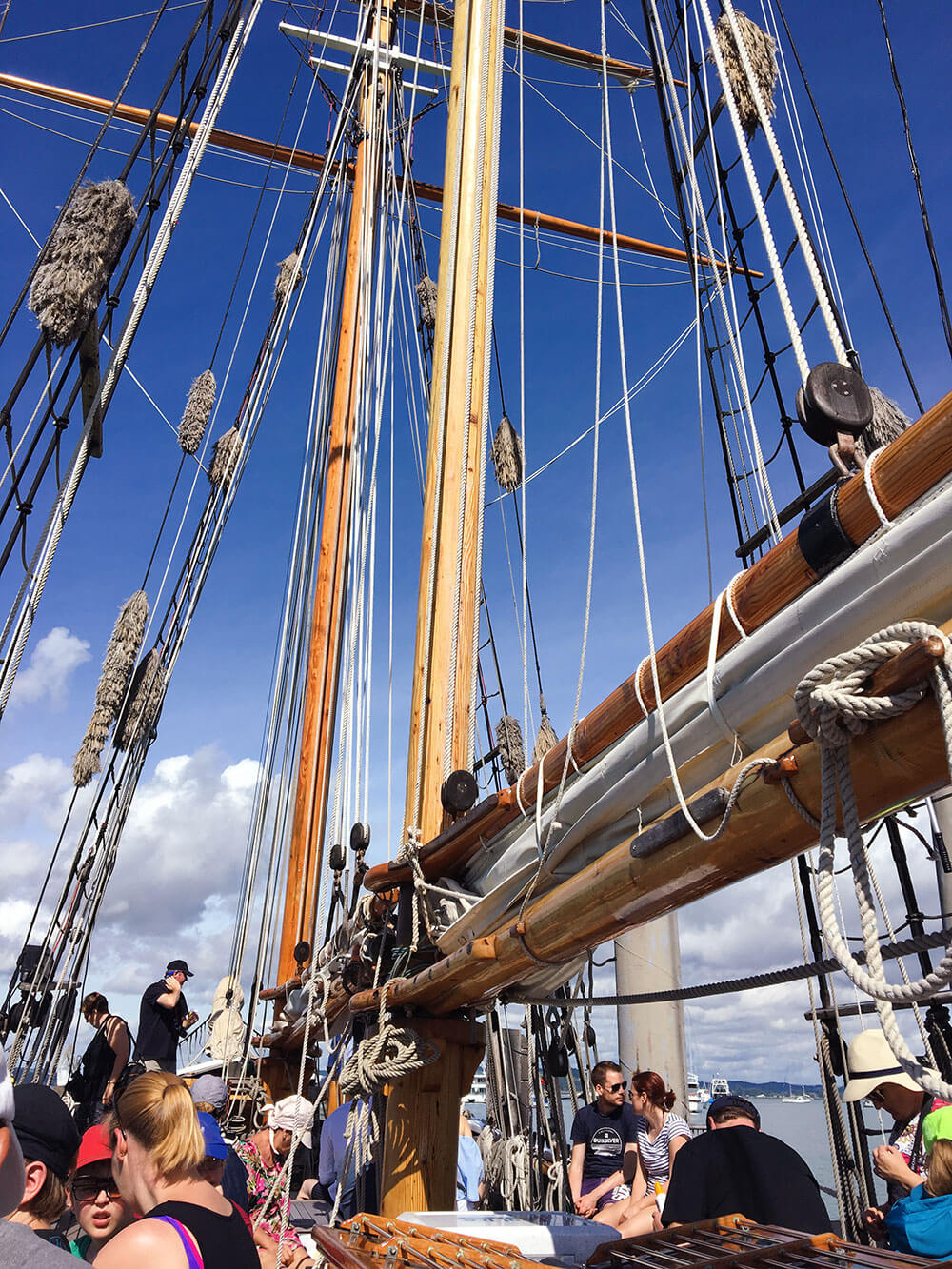 We were on the ship for about an hour until we reached our destination, a small beach within the bay. From there, we were able to swim or take a small boat to the beach. Since it was pretty chilly out, we decided to wander around the beach for a bit. There were some really cool rocks with a bunch of tide pools where we looked for ocean critters! We saw a ton of crabs, but unfortunately no octopi. 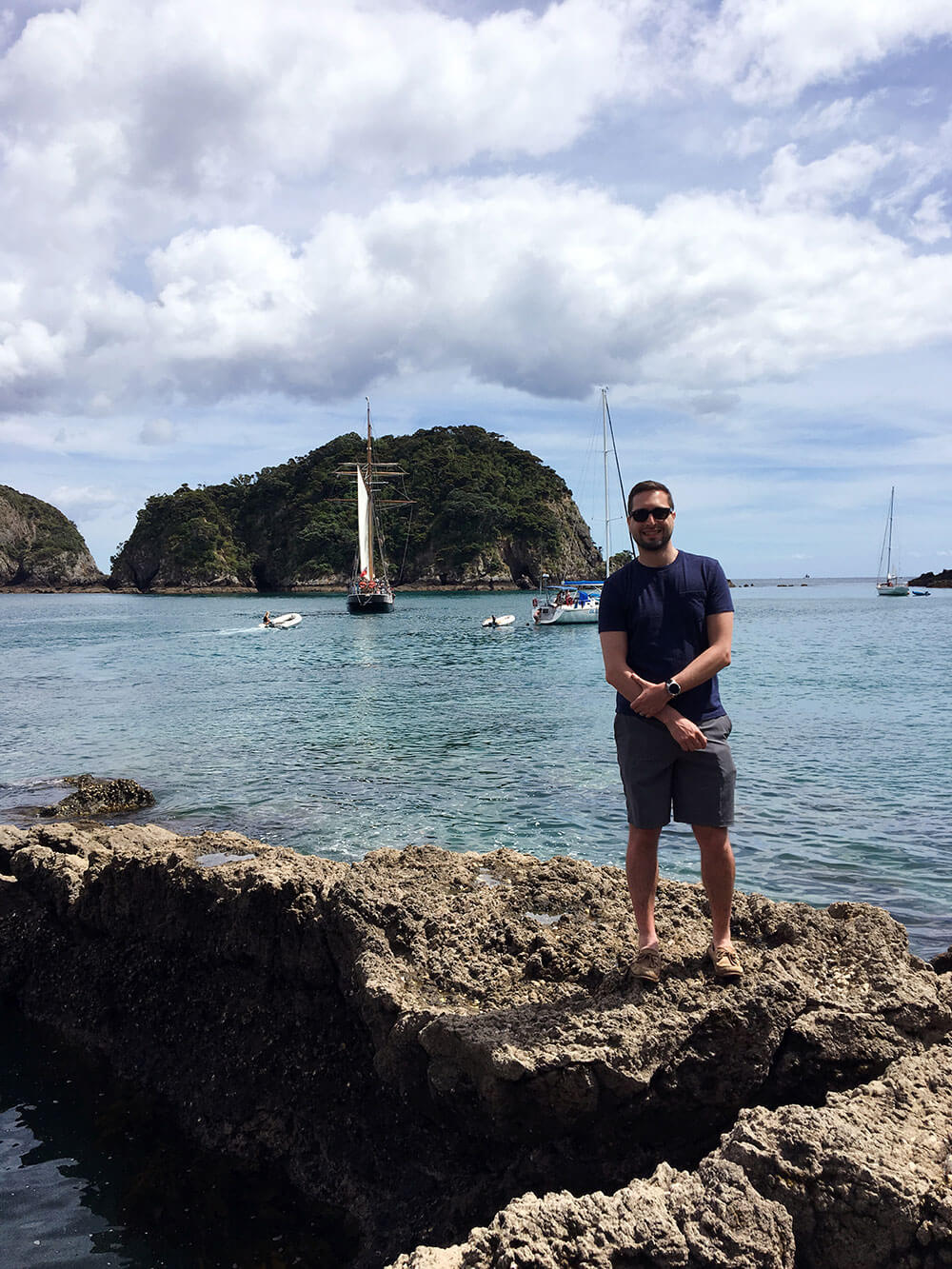 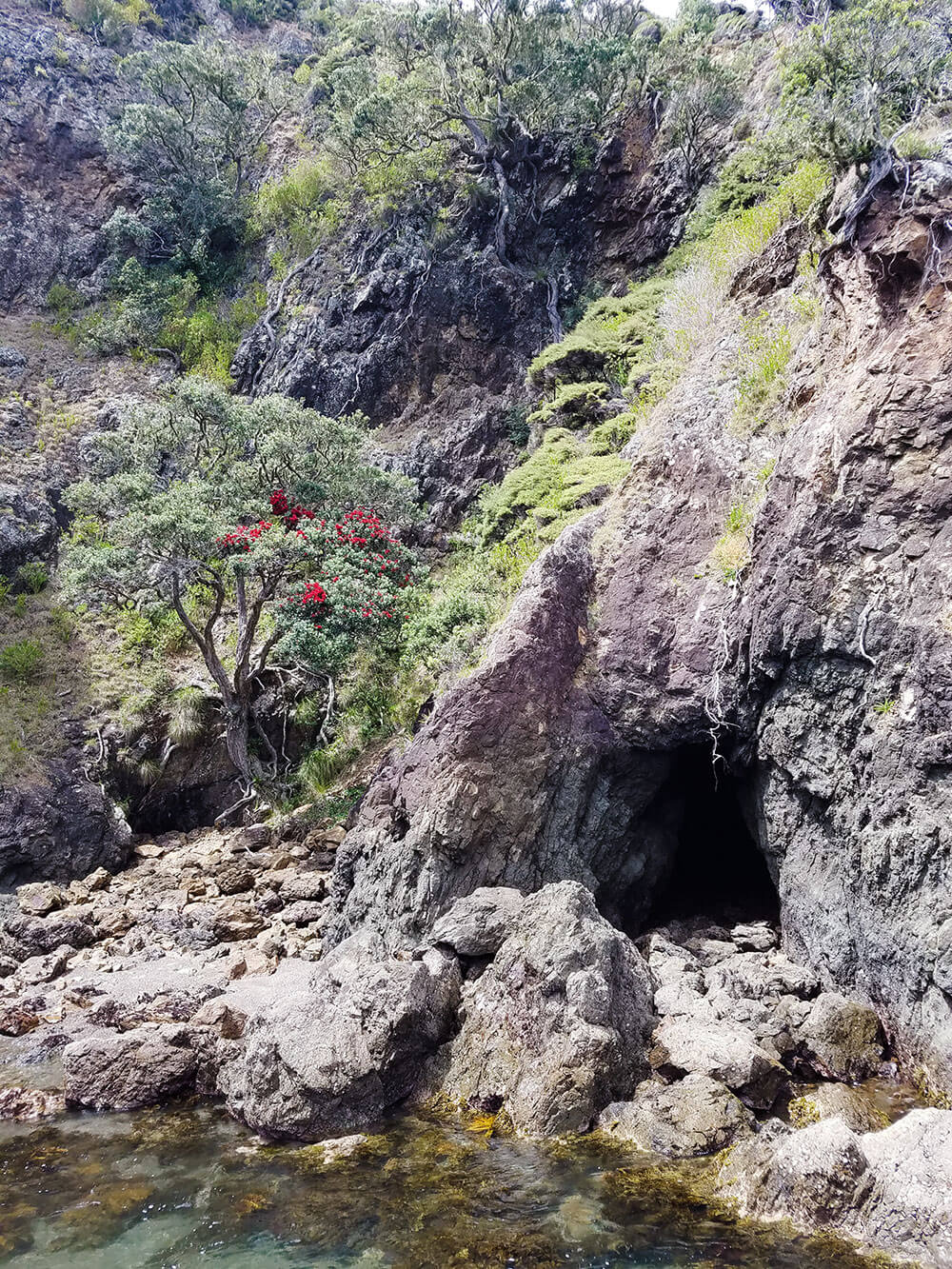 After walking around for a bit, we took the boat back to the tall ship, where the crew had prepared a delicious meal of barbecue chicken, salad, and bread.

Once we were ready to take off for Russell, I volunteered to help pull in one of the sails, which was so fun! I had been feeling anxious throughout the day, and I knew if I didn’t volunteer, I’d regret it. And I’m really glad I did it!

Of course, Sean took a video, which means we don’t have any photos of it. But I guarantee I look pretty awesome…

We took a much longer time on the way back, going pretty far out into the Bay of Islands. It was relaxing but very cold out. We were glad we hadn’t gone swimming or we probably would have spent a ton of time on the deck below!

We were really excited to hear they had Speight’s on board, so you better believe we had some while we still had the chance! 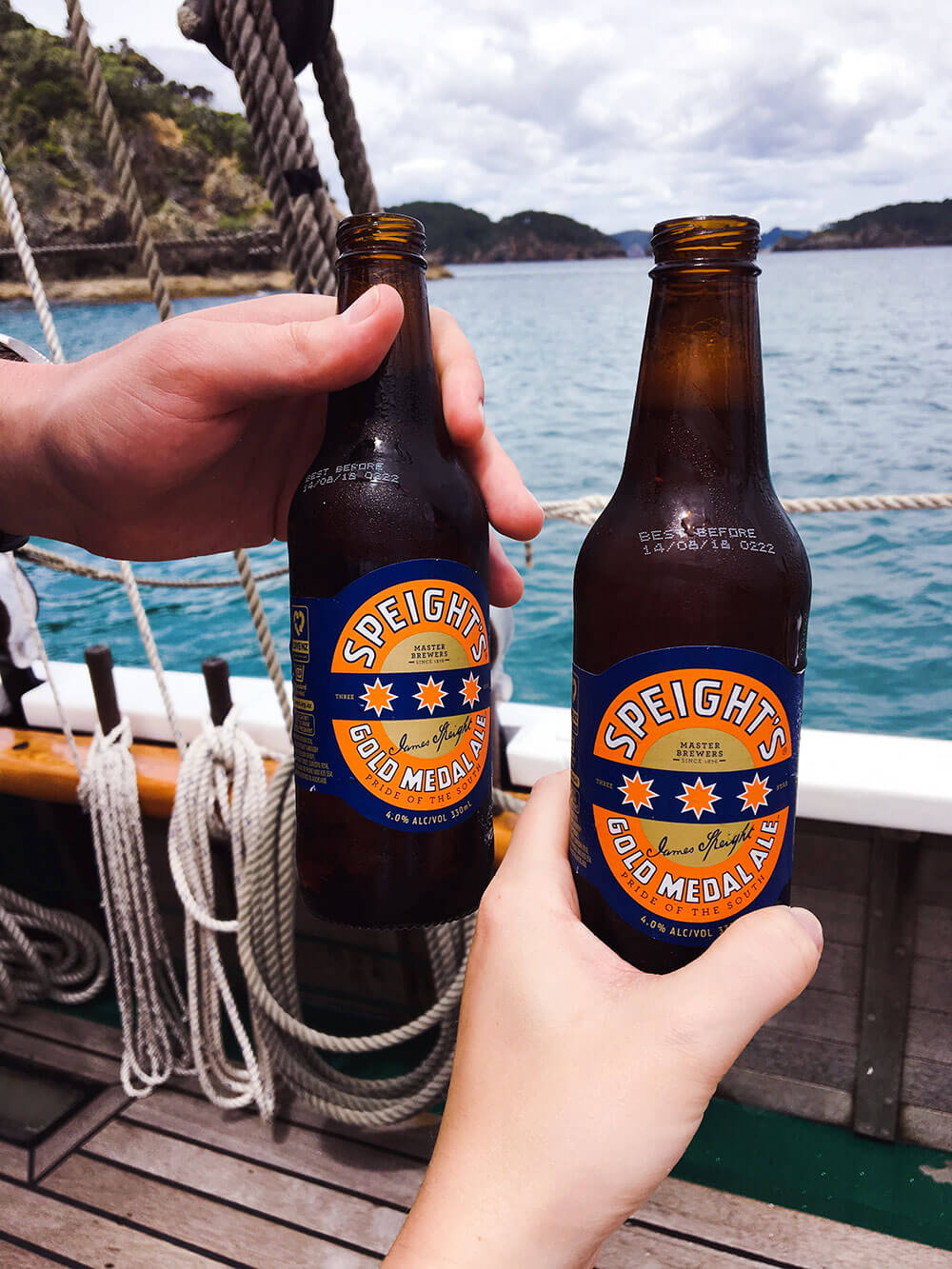 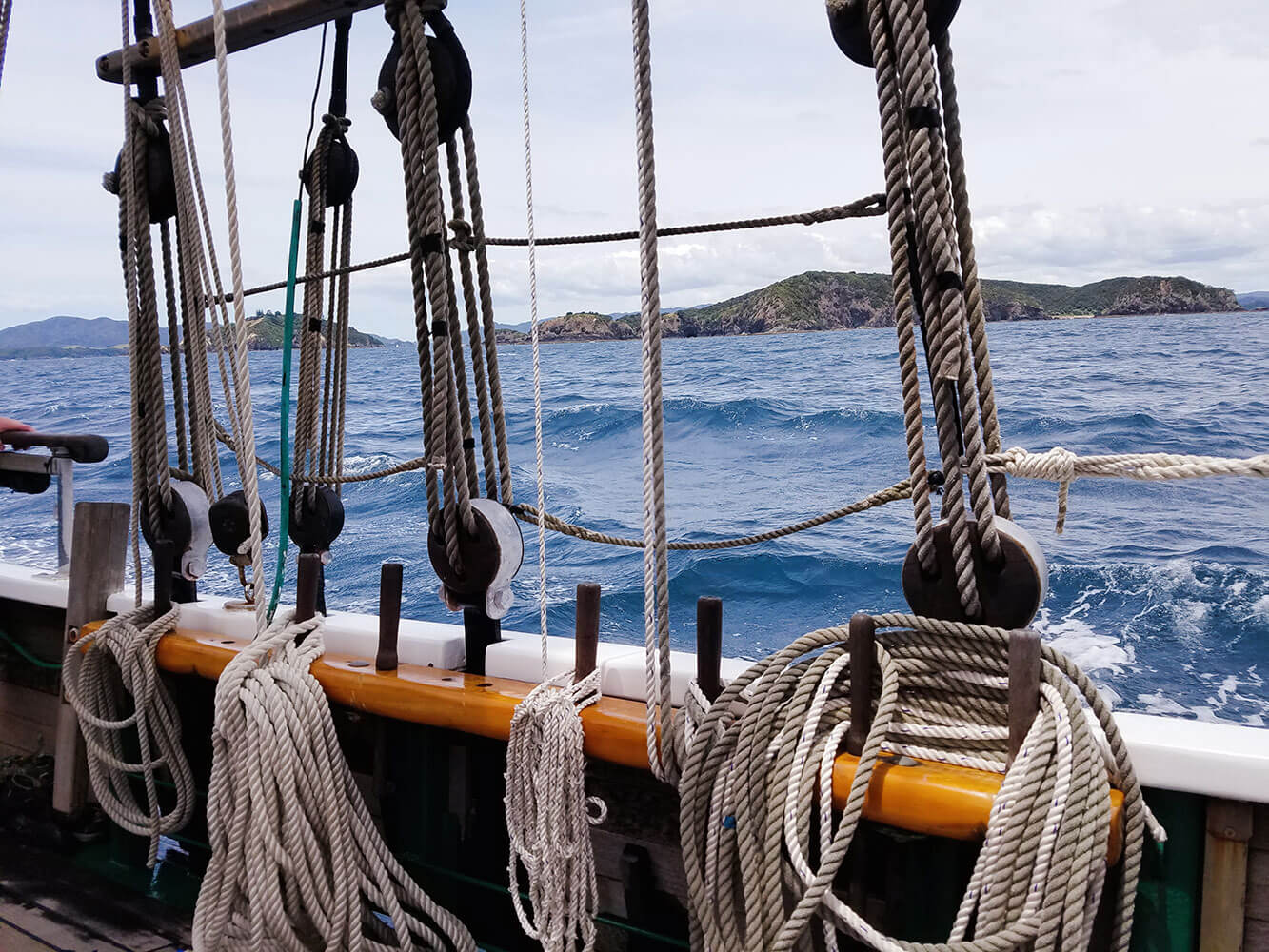 Near the end of the trip, we decided to face our fears (okay, maybe I was the only scared one) and climb up the ropes to the top of the sails. I unfortunately didn’t make it very far. I kept getting thrown off by how often I had to reclip my harness, which made for very slow going, and the thin ropes were really painful on my bare feet.

Sean, on the other hand, made it as far up as possible while the sails were open! I was really impressed (and a bit jealous). 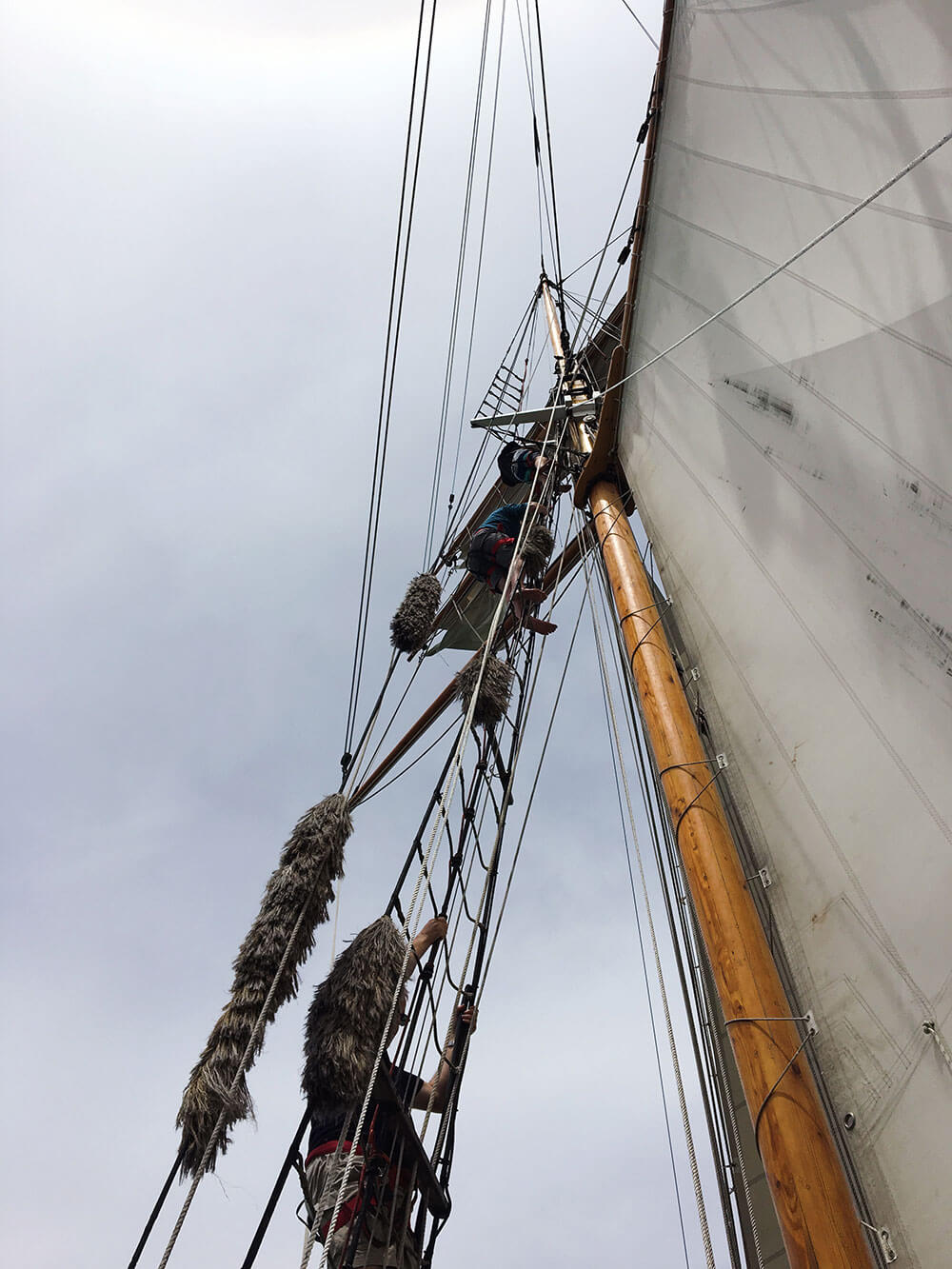 Once we got back to Russell, we realized we weren’t going to have time to hang out in town and explore on our town. I think that was the most disappointing part of Bay of Islands. It was probably our least favorite of all of the stops, but most of that is because we didn’t have on-our-own time. If we had, it definitely would have been higher on our list!