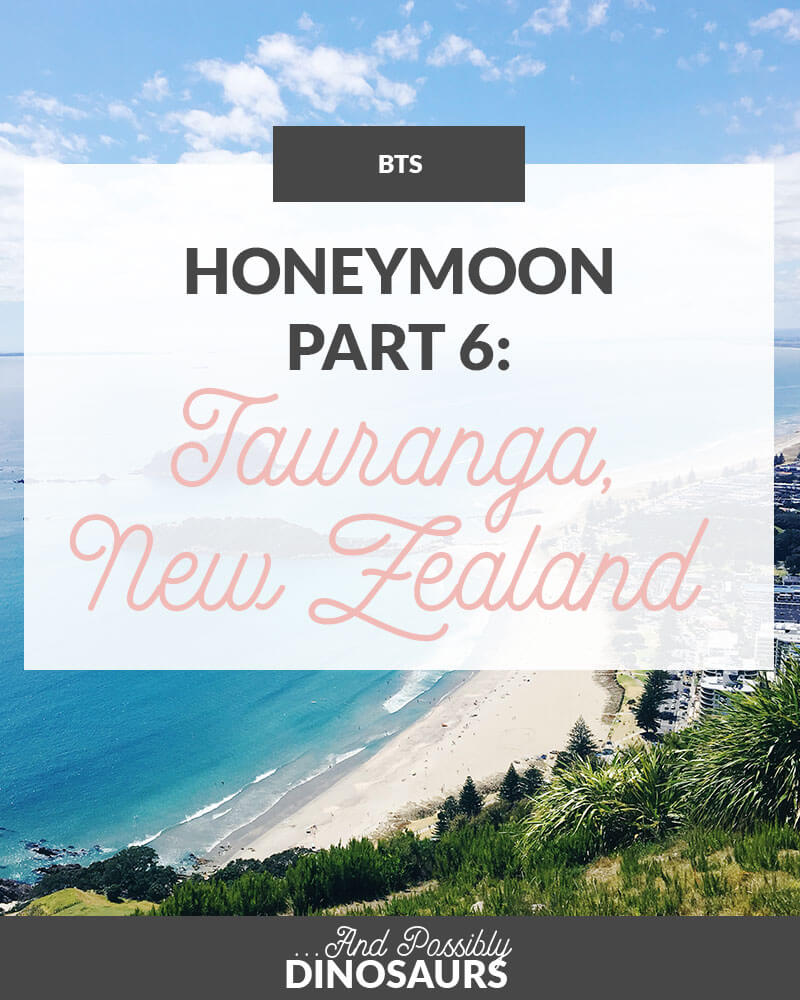 If Sean and I are moving to Auckland, we’re buying a vacation home in Tauranga. Or, more specifically, Mount Maunganui.

Tauranga was the one port we didn’t have a solid “plan” for; we didn’t book any tours, we just researched what was available in town and decided to wing it. And it ended up being our favorite stop on our whole cruise.

It’s interesting, the same thing happened on our Mediterranean cruise! The one port where we didn’t make a formal plan, Dubrovnik, was our favorite spot on the whole trip.

The ship docked on the northern shore of Tauranga, in a small town called Mount Maunganui, which is named after the extinct volcano on the edge of town. Maunganui is the Māori word for “big mountain.” So naturally, we decided to climb it.

Okay, so some people will scoff at the idea of Mount Maunganui being a big mountain, because the elevation is only about 750 ft. But it was hard as hell, so whatever.

We took a look at the map and decided which of the many paths we’d take to the summit. We ended up going up the south side, and it was beautiful. 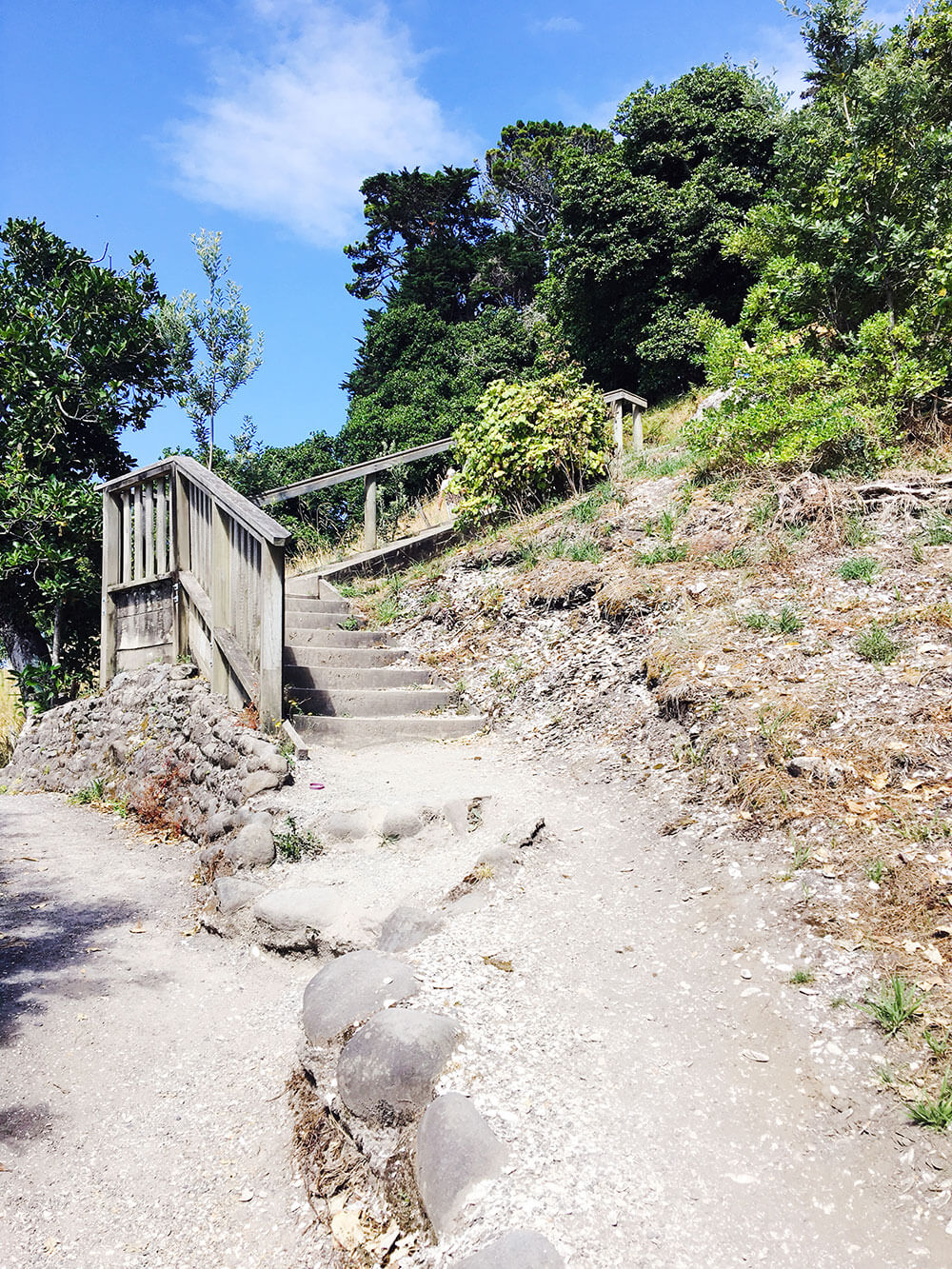 The downside of us vacationing here: the Mount isn’t dog-friendly, because there are sheep that live there and, yunno, they don’t want dogs to eat them.

Stanley would love it. But alas, he’s not invited. 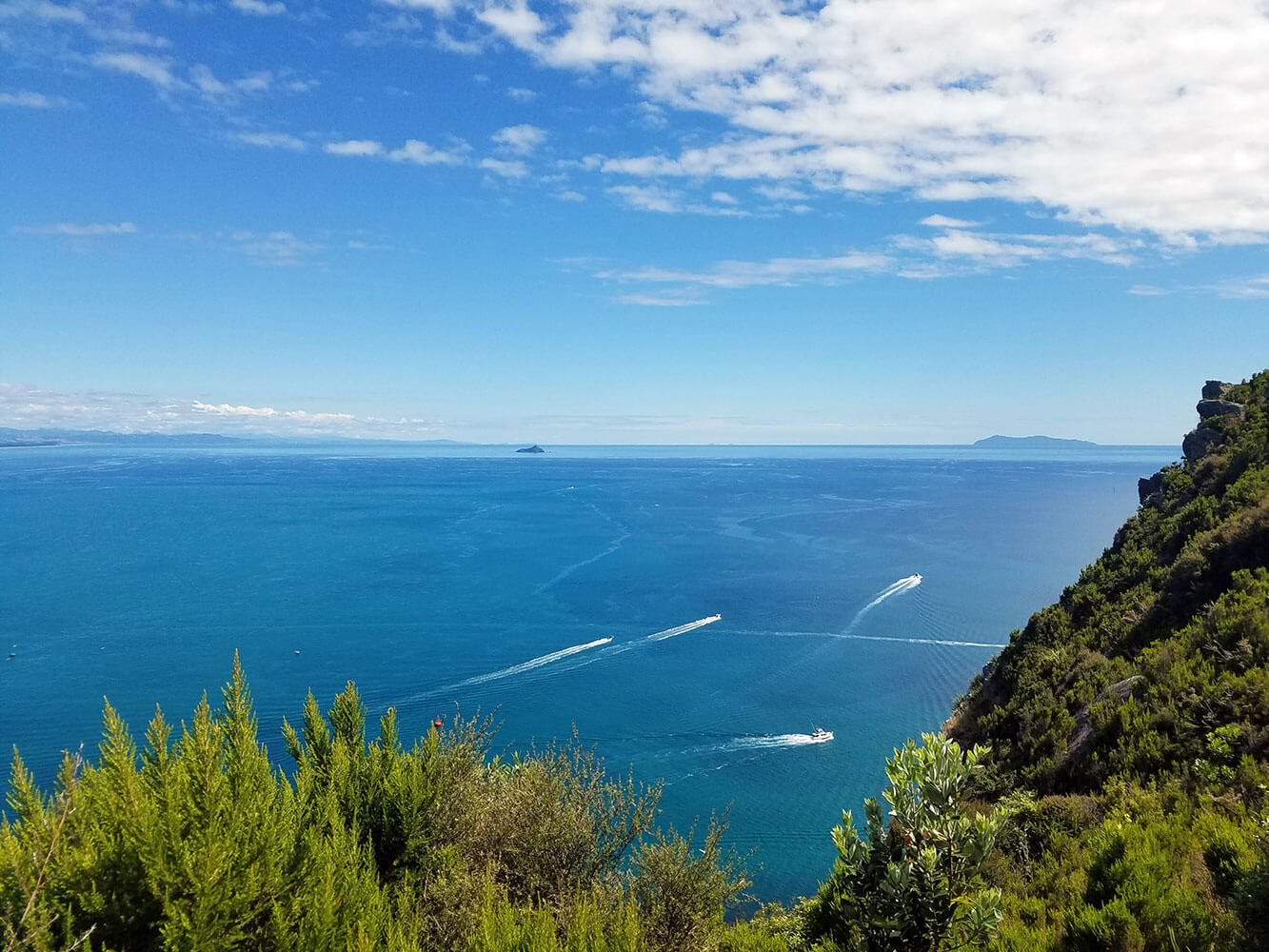 It was a gorgeous day out, with temps in the upper 70s / low 80s. It wasn’t too hot for the climb up the Mount, but it also wasn’t too cold to lay out on the beach afterward. It was perfect!

I will say, I had a tough time getting up this mountain. It definitely made me realize how much cardio I need to add into my workout schedule, because I was getting winded fast. But Sean was patient and we made it up to the summit eventually! 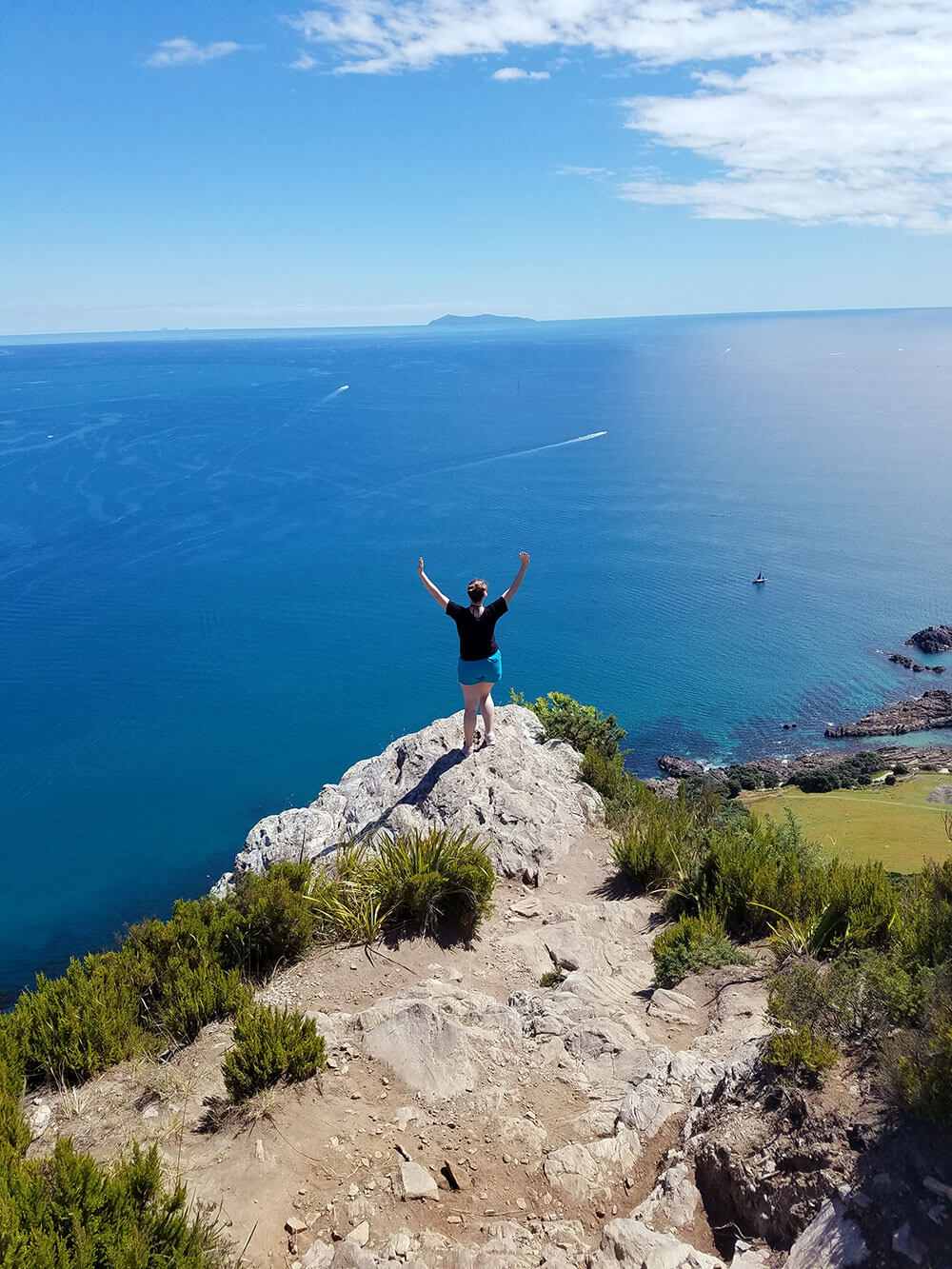 Yes, that was just about as terrifying as it looks.

One really cool thing about walking up the Mount was how many New Zealand Christmas Trees there were! It’s not a traditional Christmas tree in the American sense; it’s a tree native to New Zealand called the pōhutukawa. Bright red flowers bloom on the tree November through January, just in time for Christmas. It’s stunning! 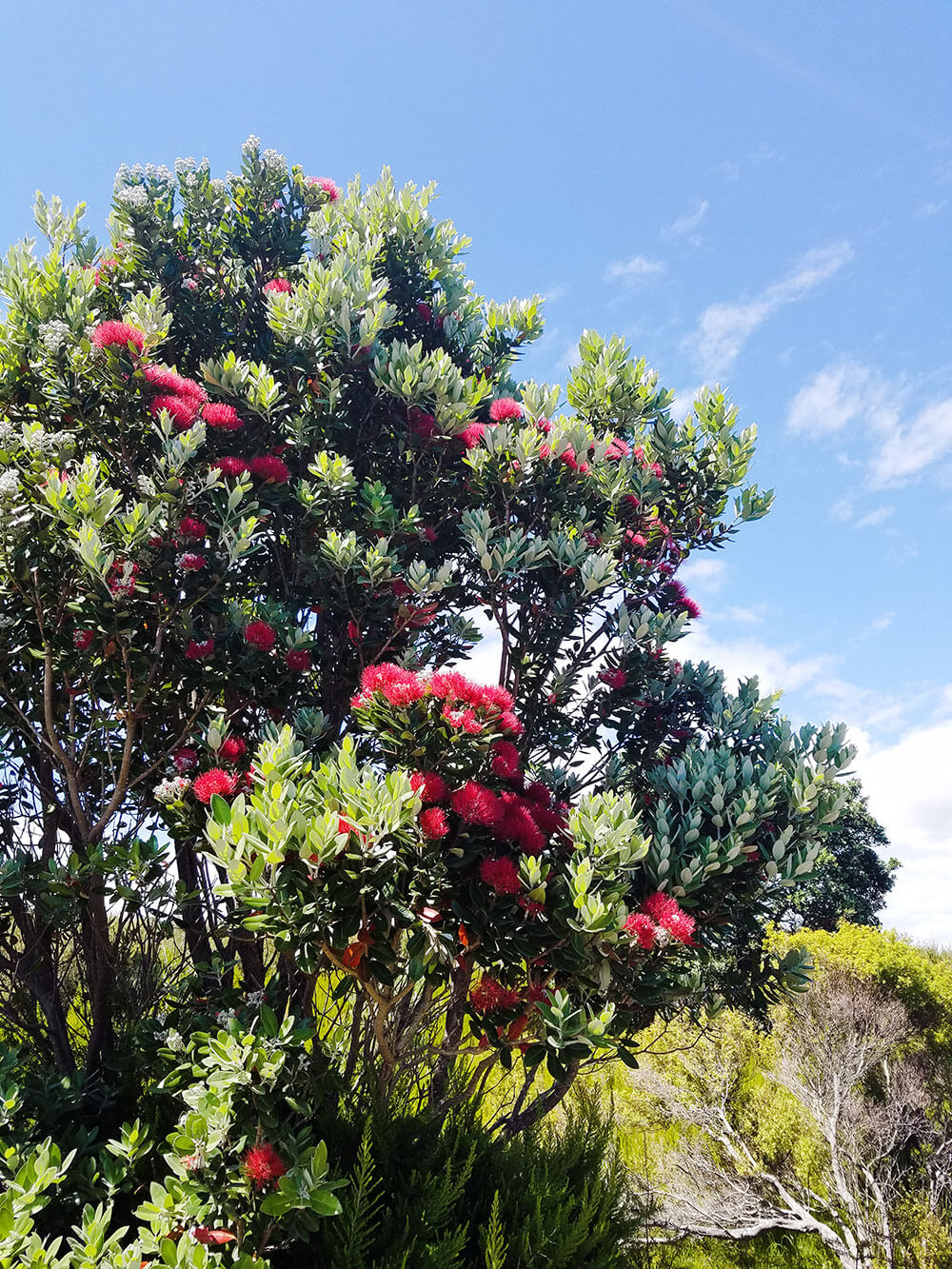 We thought we got to the top of the Mount two or three times before we found the actual summit. Whoops! It was an overall exhausting activity, but I loved it and I’m so glad I didn’t quit halfway up. 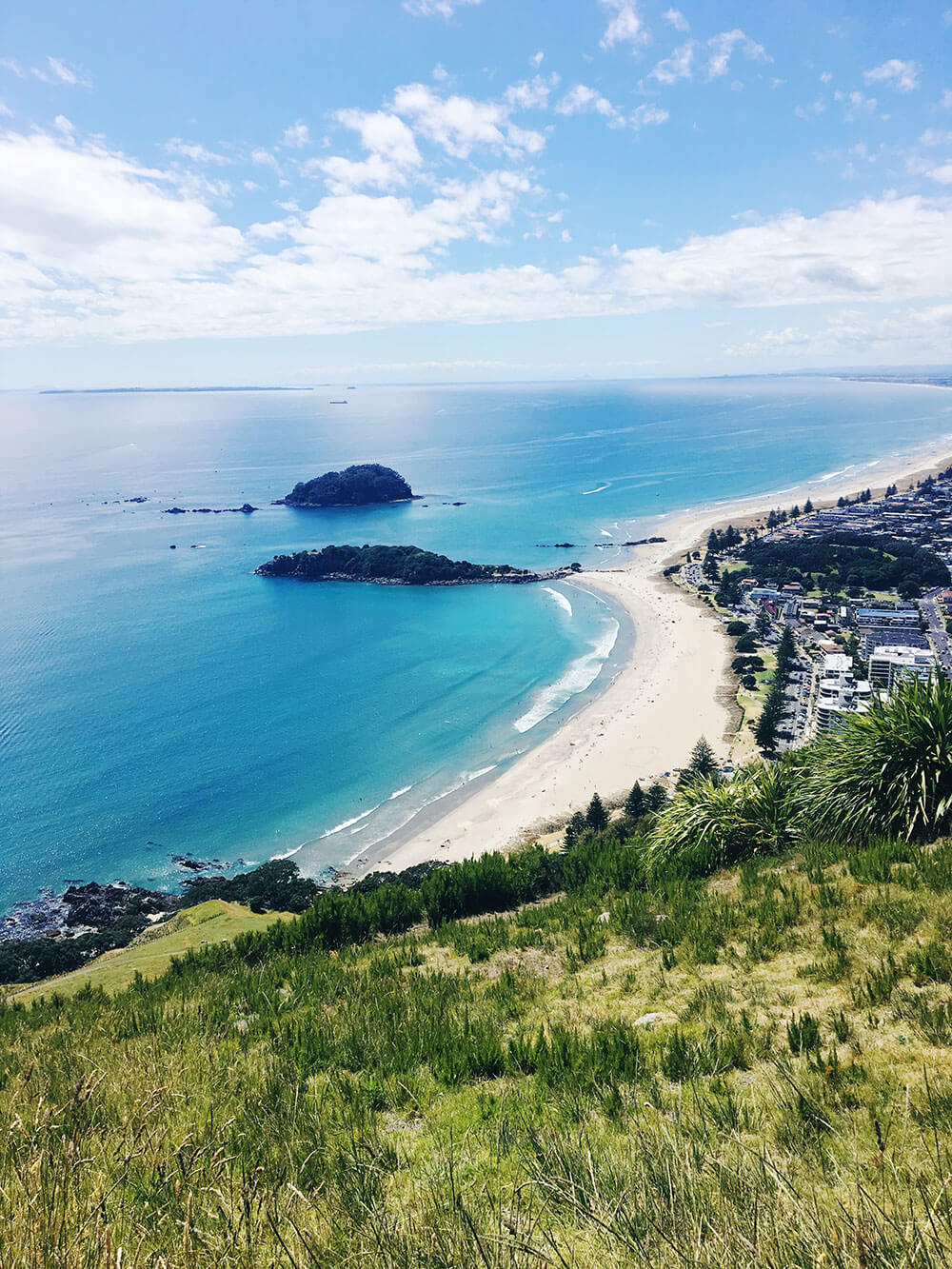 Once we finished taking in all of the views, we took a different way down the Mount, and it was all stairs. We’re glad we took the other way up, because there were a lot more views, and we felt like we could stop and take photos or a short break. On the other side, the paths were pretty narrow, so if you stopped, you were holding up a ton of people.

Afterward, we headed to the beach and played around in the water for a bit. It was really fun, because Cincinnati doesn’t have any beaches (any more), and I didn’t realize how much I would miss being a 45-minute drive from Lake Michigan.

Once we dried off and spent some time enjoying the sun, we walked around Mount Maunganui (the town, this time), checking out the cute shops and grabbing a beer at some of the local breweries.

Tauranga is definitely a place we can see ourselves visiting again. And since it’s not far from Auckland, it will definitely be our go-to vacation spot if once we move there.