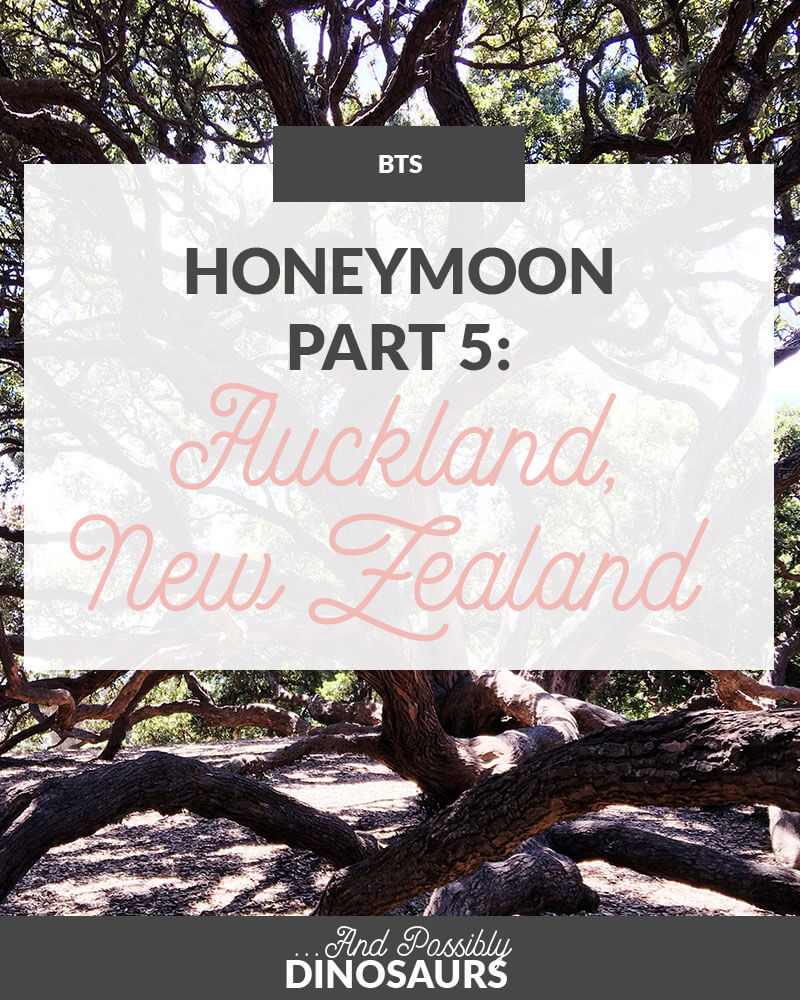 Throughout our trip to New Zealand (and, admittedly, quite a bit beforehand), Sean and I joked about how we were going to move to New Zealand.

As soon as we got off the ship in Auckland, we felt at home. It was a city that we could so easily see ourselves living in, that our joke of “moving to New Zealand” stopped being a joke.

Now we just have to figure out how to convince the New Zealand government to let us live there.

Plus, as we were walking around, we noticed that the city not only had recycle containers with all of the public trash bins, but also compost bins. What?! 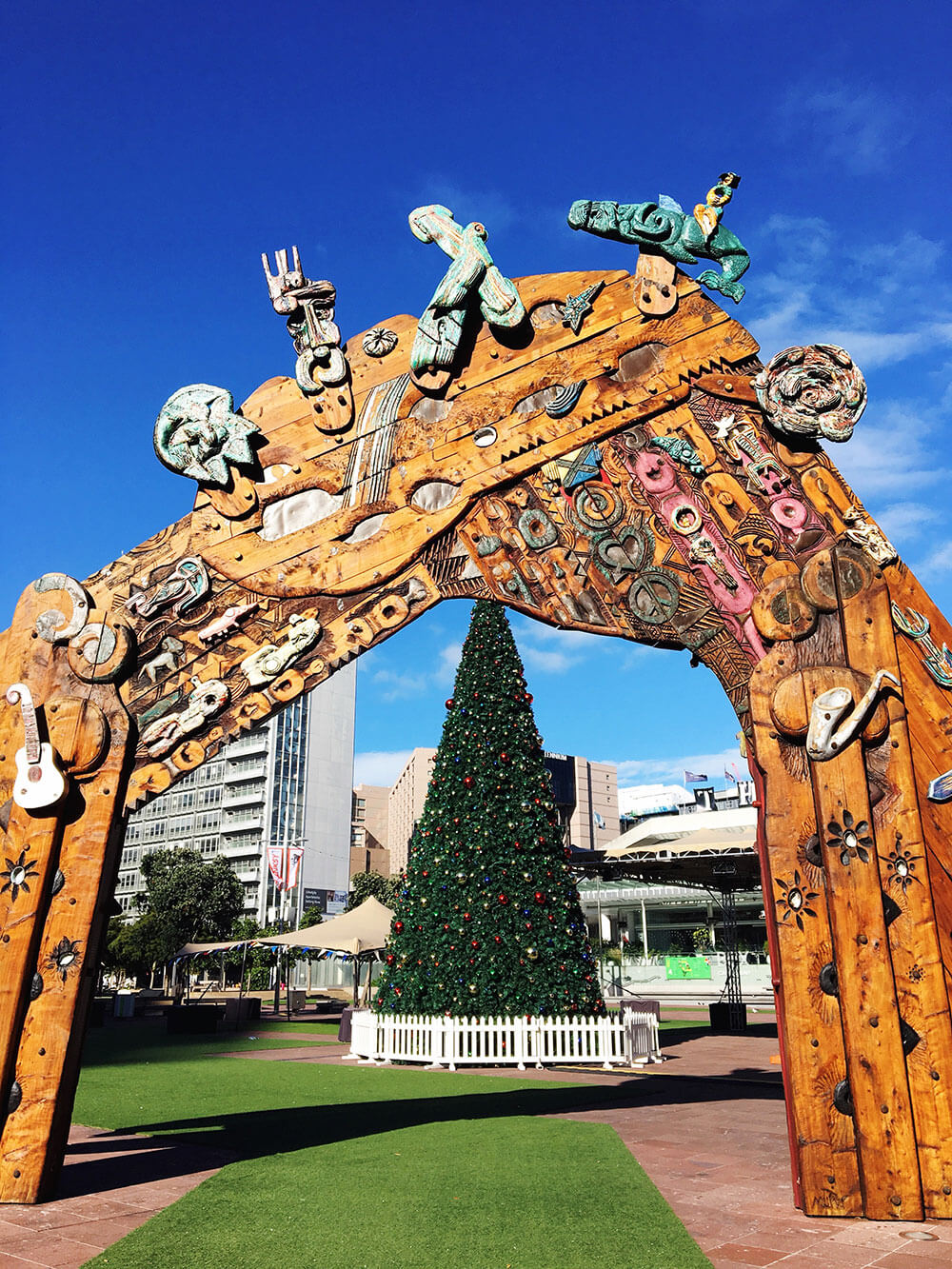 We learned quite a bit about the city’s (and country’s) history and how it got such an eco-friendly reputation on our first stop of the day: an electric bike tour through the city.

Yes, our second electric bike tour. It was vacation, okay?

The tour took us all over the city of Auckland, and we stopped a few times along the way to learn more about the city. One thing that really stuck out to us: it’s so bike-friendly! At traffic lights, there are your typical red, yellow, and green lights for cars and pedestrian lights, but there were also individual lights for buses and individual lights for bicyclists. It was amazing.

In fact, the very beginning of our tour started on an old highway exit ramp that was transformed into a bike path over the top of the highway and through the middle of the city.

I’d love to live in a place where I could bike anywhere I wanted, and felt safe enough to do so. 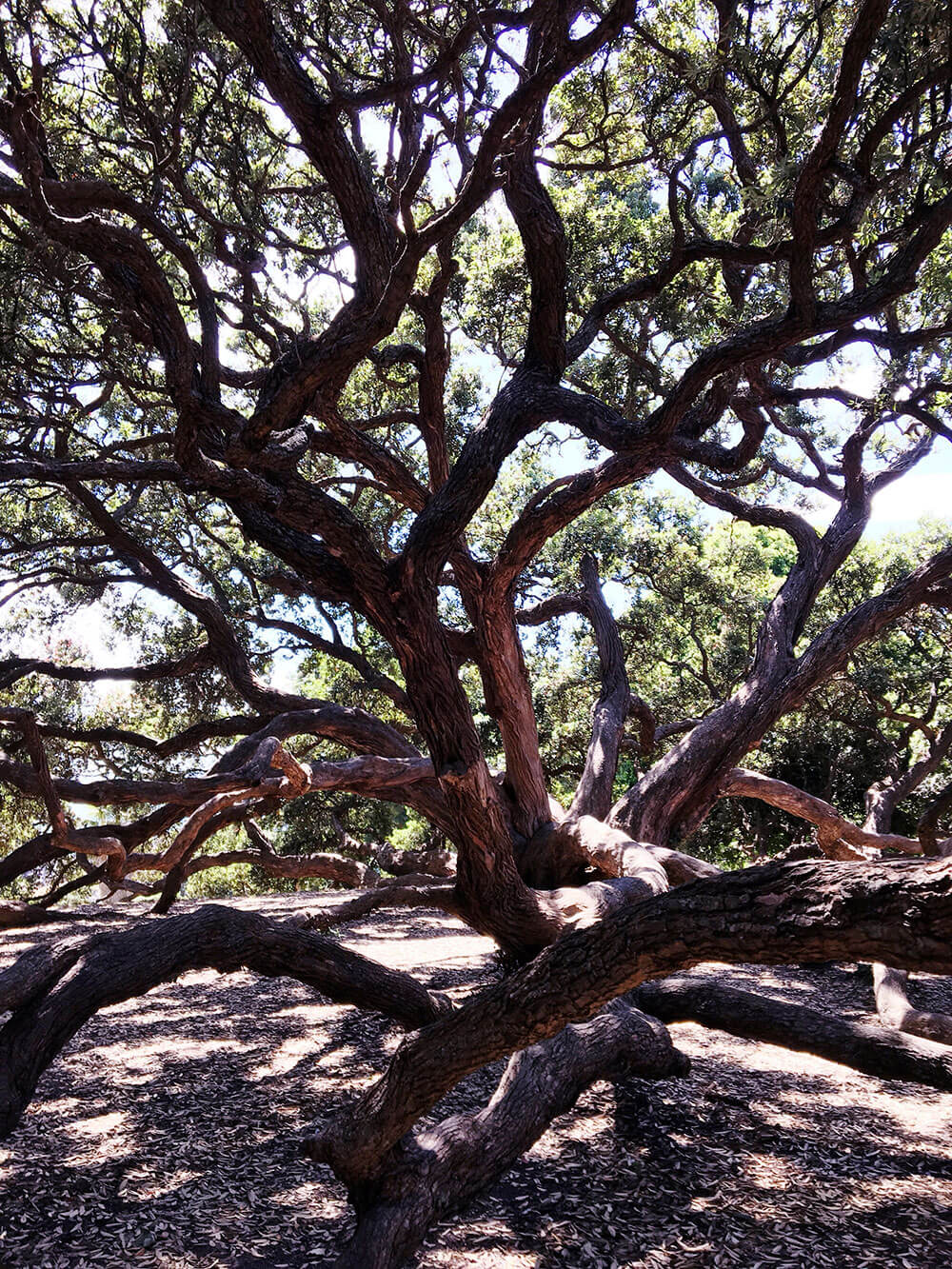 After riding through some gardens near the city center, we made a stop along the water at a memorial for the sinking of the Rainbow Warrior.

Back in the 1980s, France planned a nuclear test on an atoll in the South Pacific. To protest, Greenpeace planned a protest on the flagship Rainbow Warrior. However, before the ship ever left Auckland, the ship was bombed and a photographer died as a result. Two French agents were later charged with arson and murder for the bombing, and the French Defense Minister at the time resigned as a result of the scandal. It’s one of the few acts of terrorism ever carried out in New Zealand.

Ever since the bombing of the Rainbow Warrior, New Zealand has adopted a very eco-friendly identity. Can I move here already? 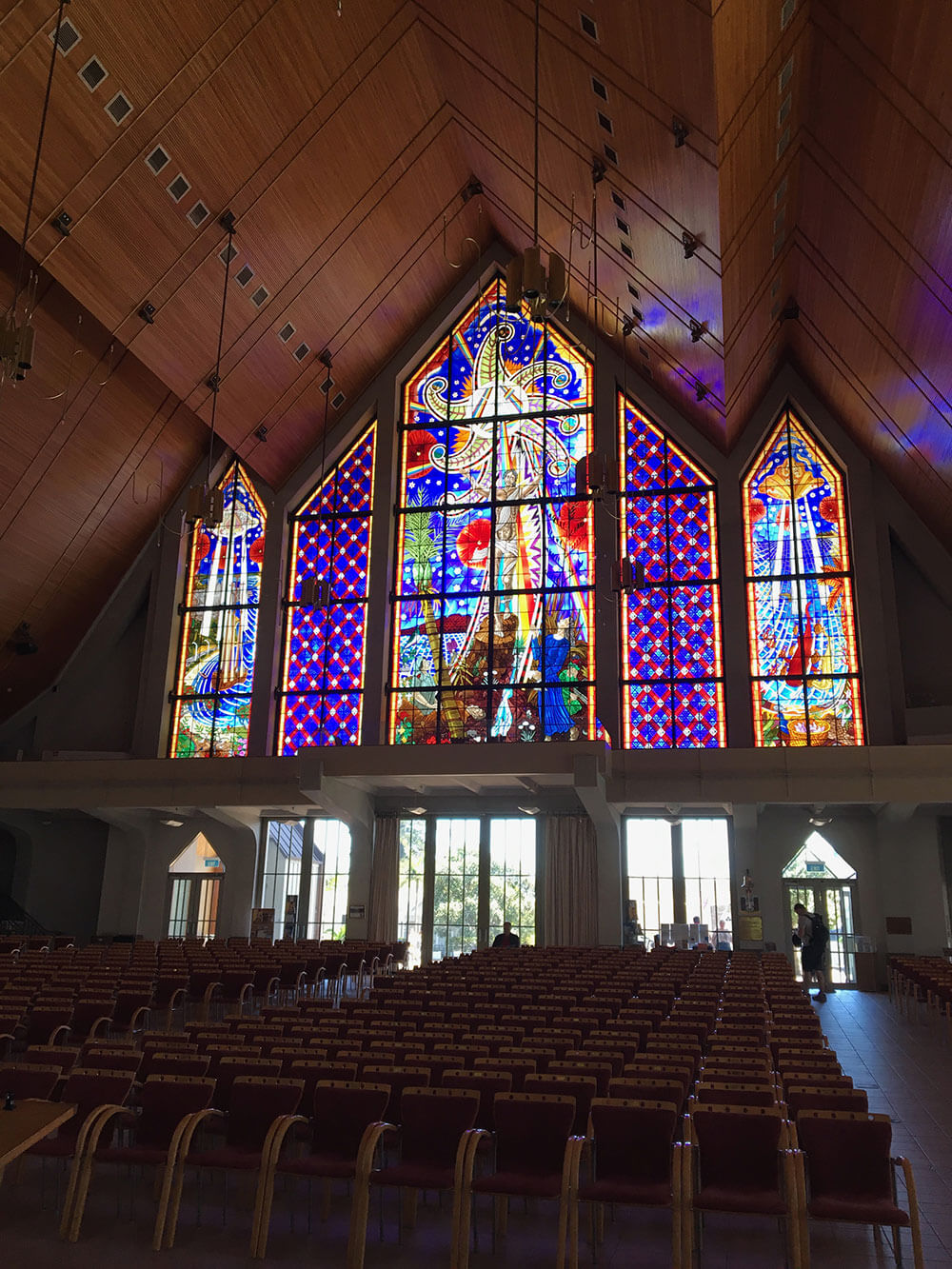 One of the last stops on our bike tour was at a local church in Auckland. While I’m not religious, there was one thing about this church that really impressed me: the Jesus on their stained glass window was very dark-skinned and appeared to be of Polynesian decent.

Because let’s be real, guys, Jesus was not white.

Once we finished up the bike tour, we grabbed some lunch at a local Asian market (we ignorantly didn’t expect so much Asian influence! it was amazing!) and walked over to the Auckland War Museum.

Visiting the museum was one of the high points of our trip, in my opinion. I knew I wanted to learn more about the Māori culture while we were in New Zealand, but all of the ship’s excursions seemed very…. campy. And potentially racist. So when we learned about the Auckland Museum, we knew we had to go.

In fact, we went twice.

Since the museum was a pretty long walk back to the ship, and a cab would run us about $60 NZD, we didn’t have a ton of time to spend there while we were in port. However, we had a 16-hour layover in New Zealand on the way home, so we knew we could go back if we missed anything.

We decided to get tickets for the Māori Cultural Experience and the Museum Highlights Tour the day we were in port, and then hit up anything we were interested in exploring on our own during our layover. And it worked out so well.

The Māori Cultural Experience was about 30 minutes long, and I loved it. The biggest highlight? They performed the haka!

Once the performance was over, we did the Museum Highlights Tour, which I definitely recommend. We learned a lot from the tour guide that we wouldn’t have learned had we just walked around on our own!

Once we came back a few days later and were able to explore a big more, we definitely prioritized the Māori exhibits. And it was so interesting!

The entire meeting house was painted red in the 1980s, which, in true white person fashion, took no influence from the actual Māori people. They just thought it would look cool and intimidating if it were all red.

Amazingly, after years of painstaking restoration, they were able to remove all of the red paint about a year ago. 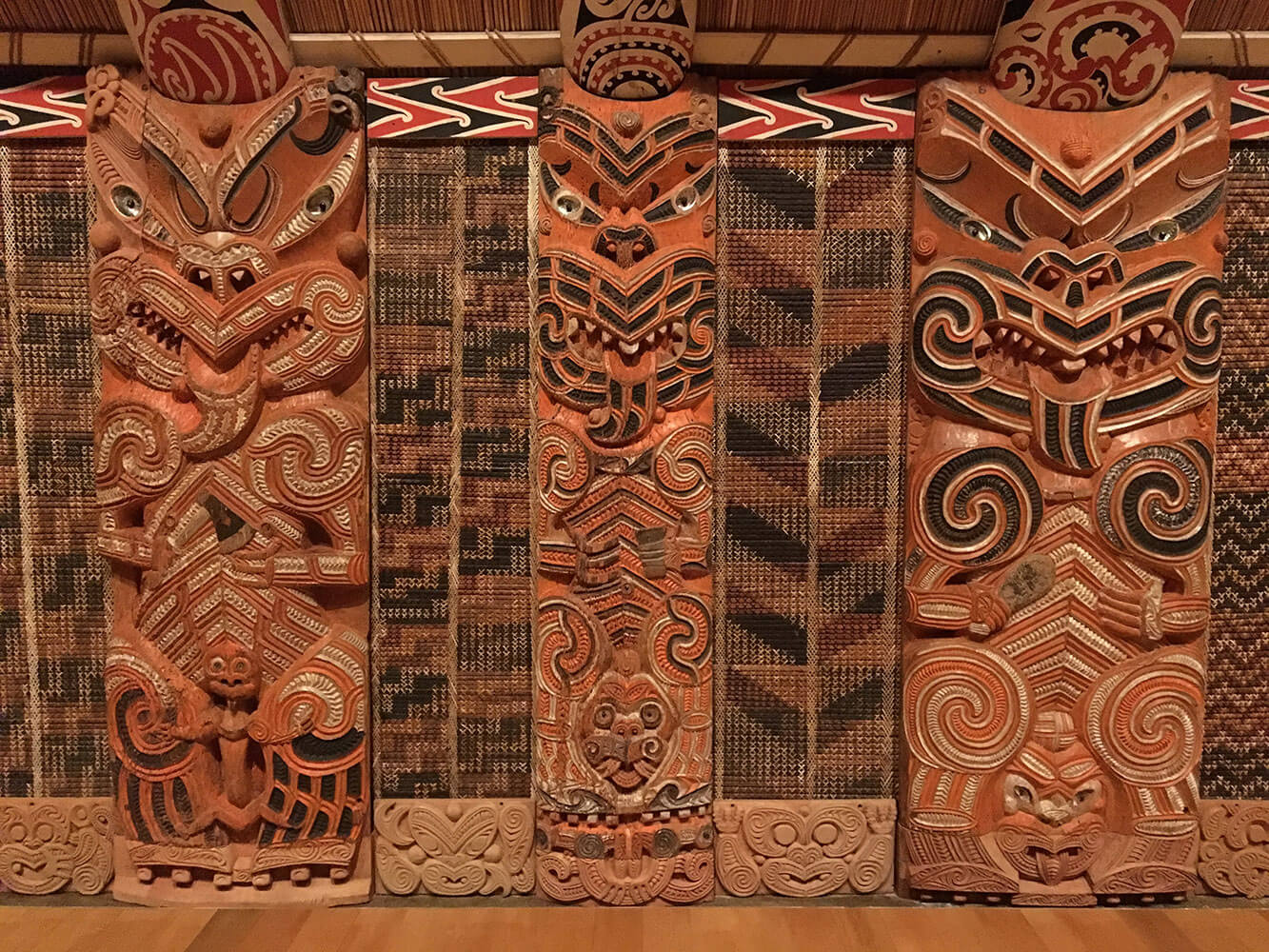 The level of detail in these carvings and stitchings was amazing. 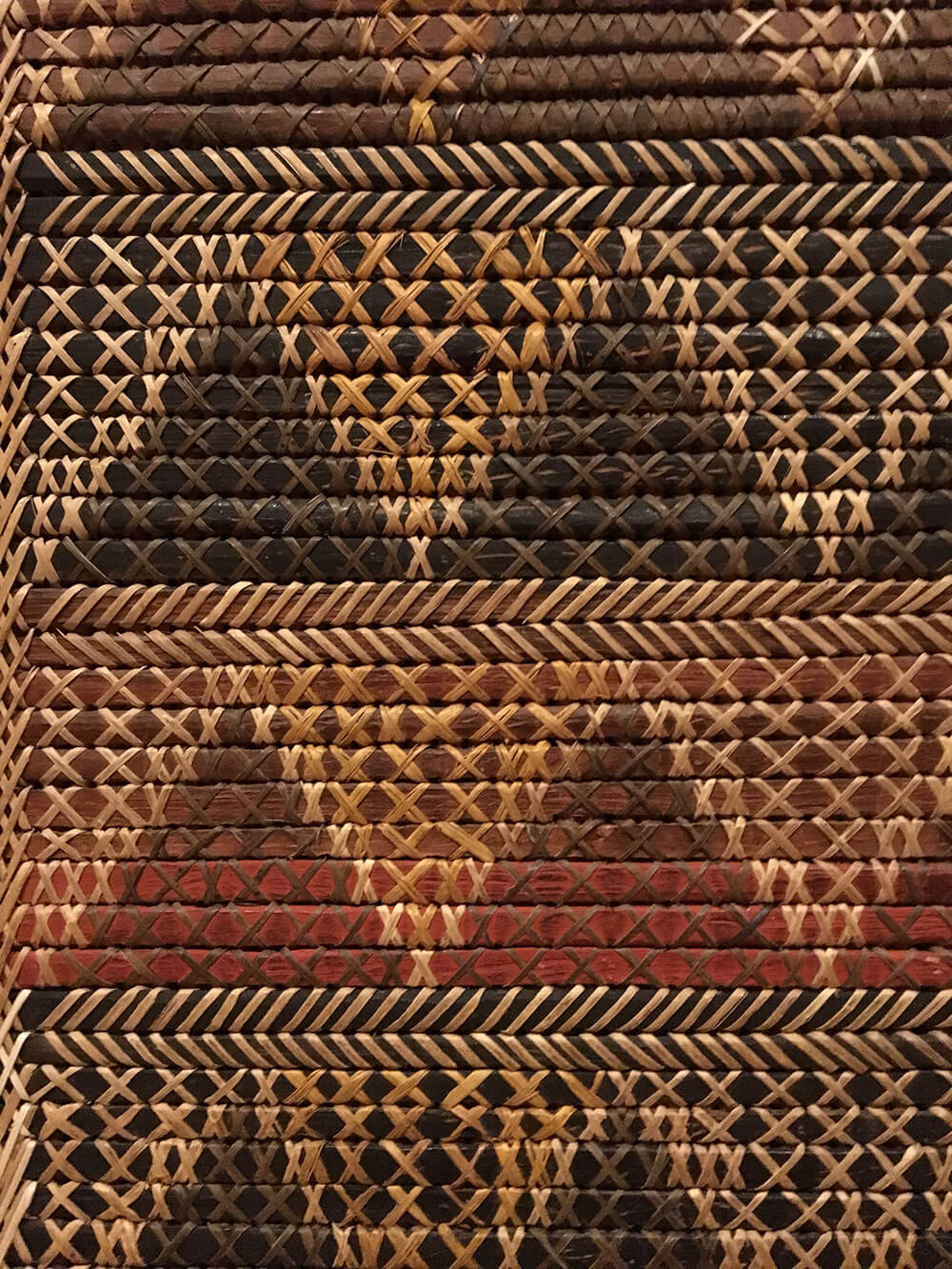 You can still see some remnants of the red paint, but overall I’d say they did an amazing job at restoring the meeting house to its former glory!

And, of course, I couldn’t visit a museum without checking to see if there were any dinosaur fossils there. Don’t worry. There were. 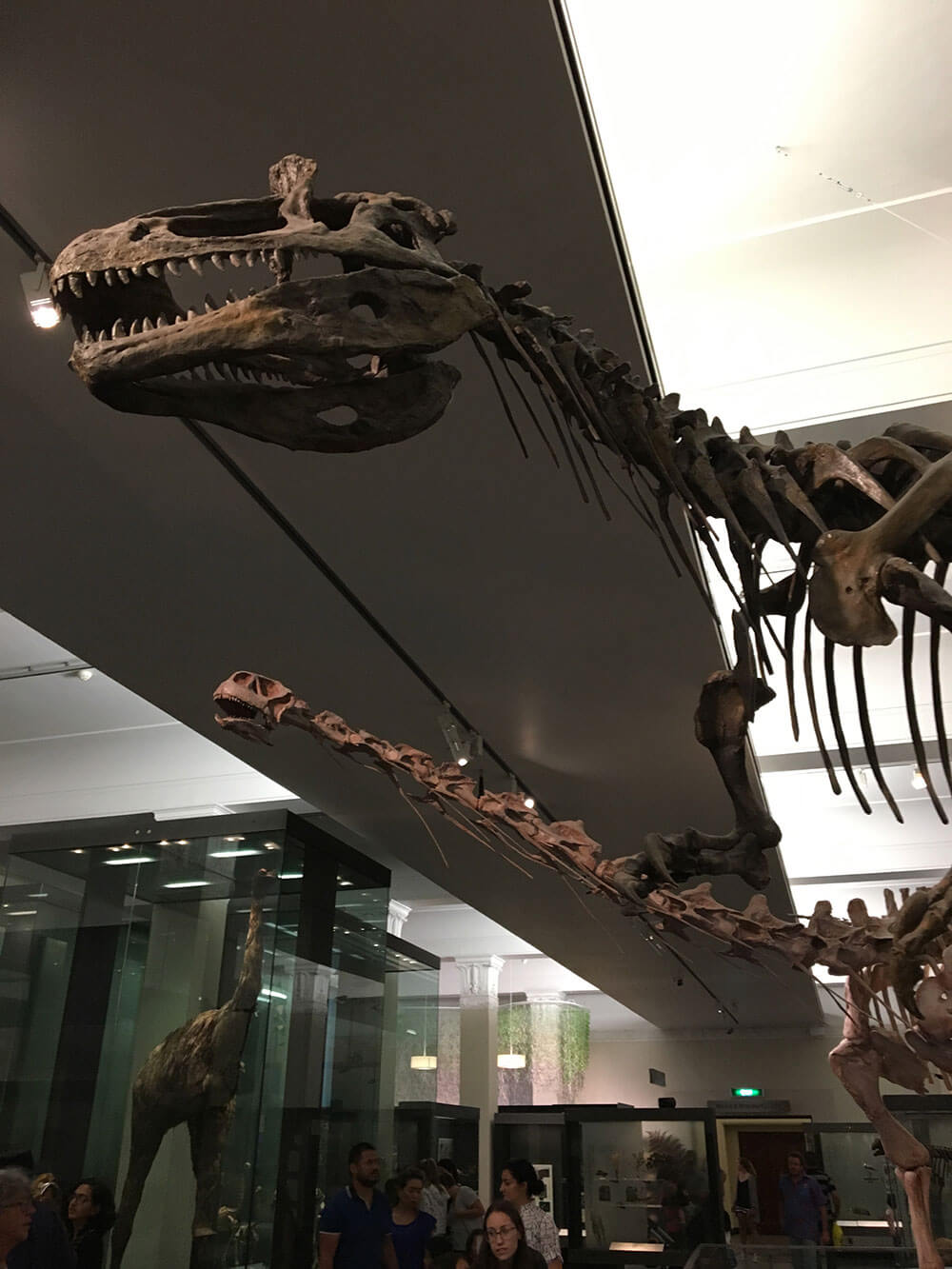 While I’m a big fan of dinosaurs (obviously), I have to admit… the most amazing piece in that part of the museum was actually an old bird. 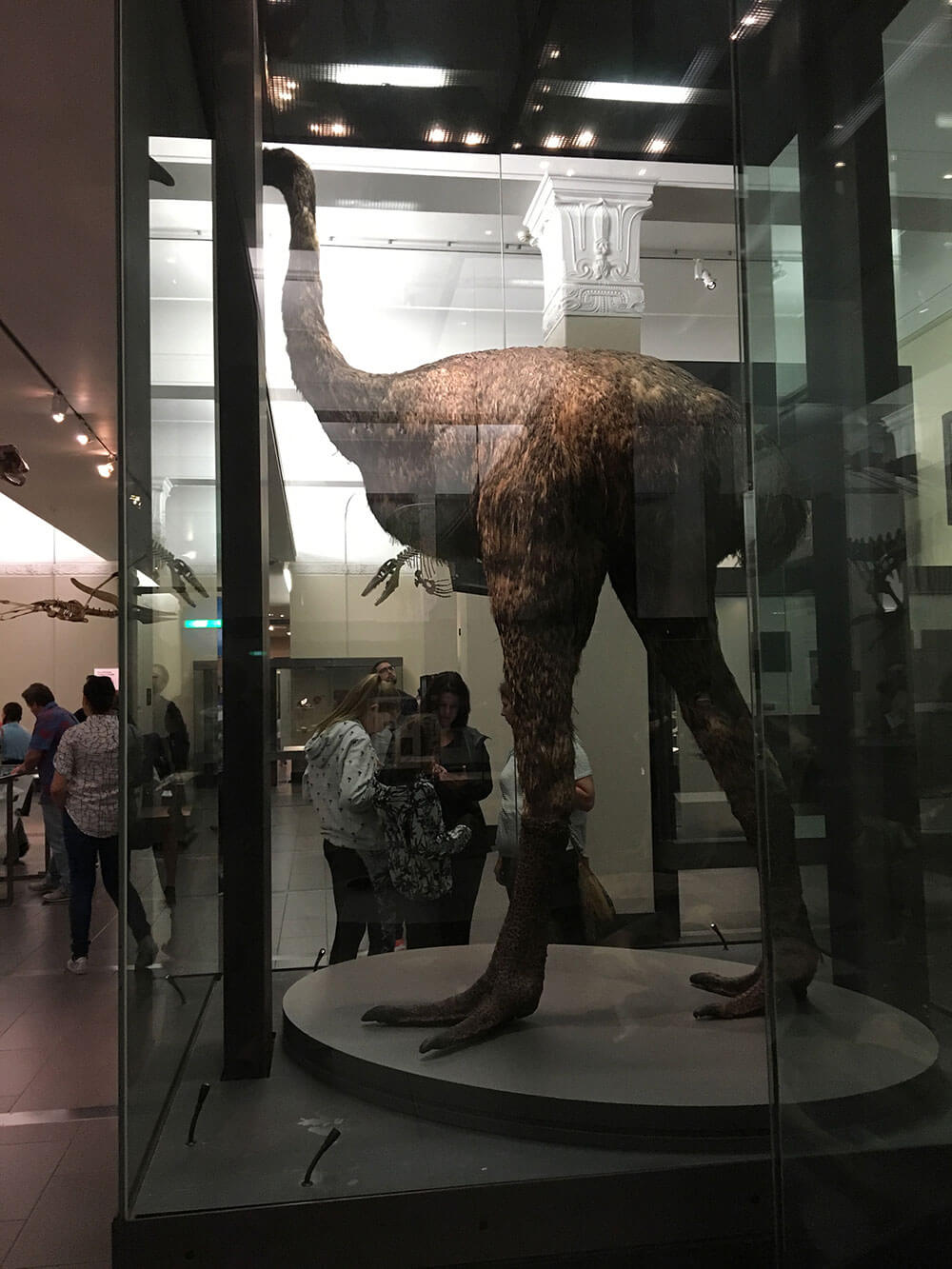 Look at how big that thing is!

It’s called a Moa, and it’s now extinct. It used to live all over New Zealand… until the Māori arrived. It was one of their main sources of food, and the Moa’s reproductive cycle didn’t allow them to absorb the population loss. Before the Māori arrived, Moa didn’t have natural predators, so they didn’t need to reproduce often (and if they had, they would have starved themselves out of their food source), so the introduction of predators led to their downfall.

Don’t get me wrong, I love dinosaurs, but I couldn’t help but find the Moa so interesting!

Our final stop in the museum was an exhibit all about volcanoes. It was really interesting to see how New Zealand popped up in the middle of the ocean thanks to a few volcanoes.

You know, interesting and absolutely terrifying.

While it was a long walk back from the museum to the cruise ship, I’m so glad we decided to walk. We got a little lost, but since we had extra time, we weren’t overly concerned about it.

And there are worse places to get lost than in a beautiful garden in the middle of Auckland. 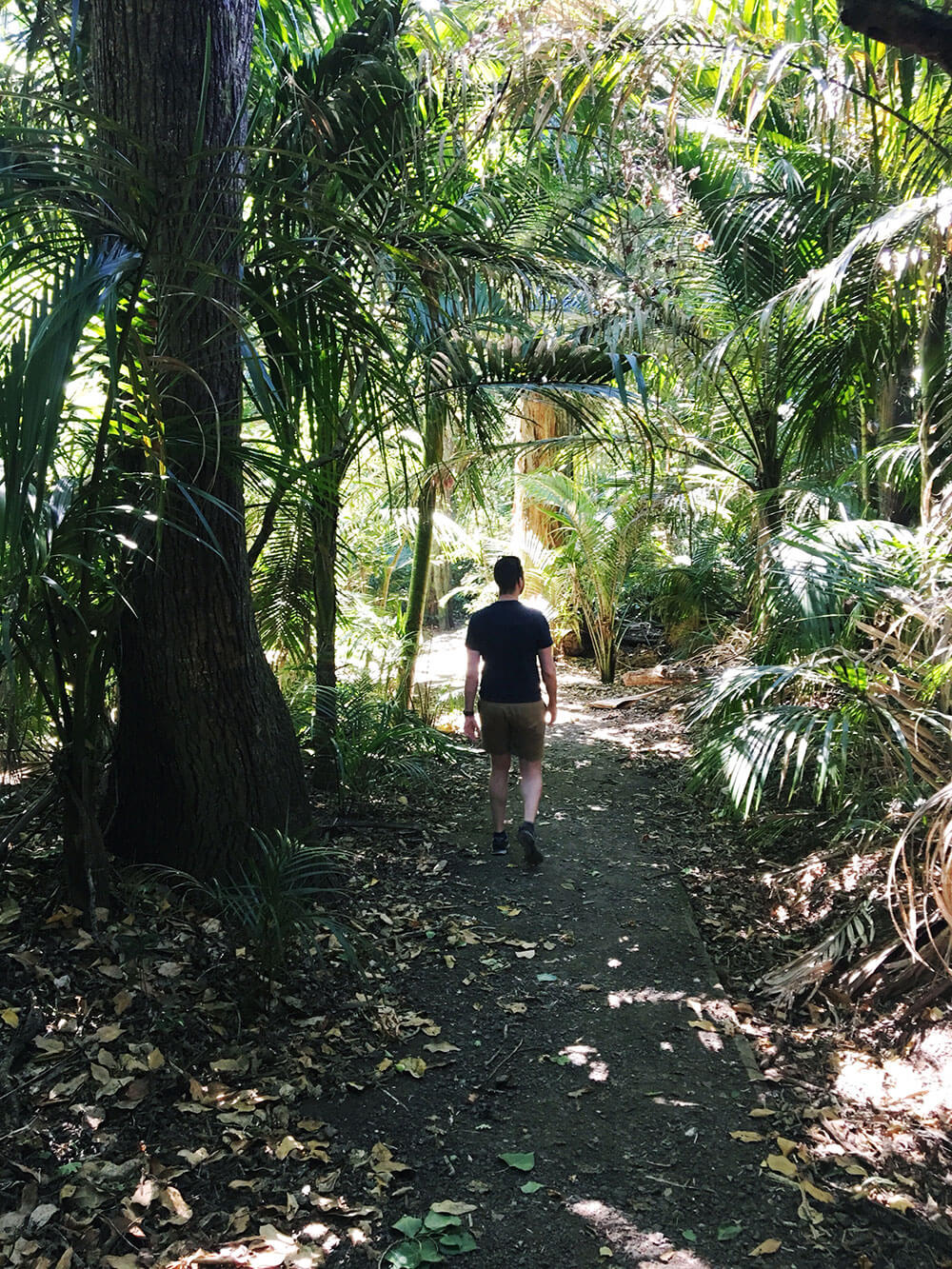 It was amazing how at home I instantly felt once I stepped off the ship into Auckland. I can guarantee we’ll be back, even if we don’t end up moving there long-term.