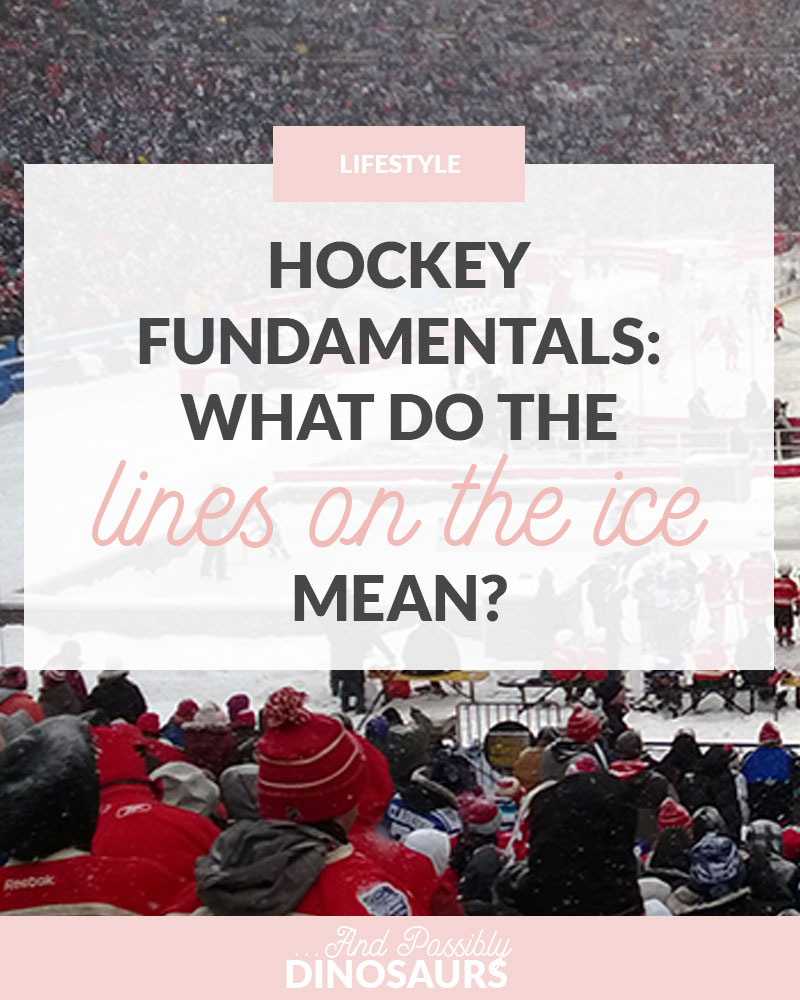 Before I started liking hockey, I was always so confused by all of the lines on the ice.

I knew there were a lot of lines (and some random circles), but I never understood them, so I always ignored them.

It turns out the lines on the ice are actually really important, and without understanding them, you’re going to have a hard time understanding what the heck is going on in the game.

So I’m here to explain what they mean. These are just the fundamentals though; there might be some extenuating circumstances that aren’t covered in my explanations. But if you want to start understanding the game, these are the fundamentals you’ll need to know. If you want all of the rules, you can find it on the NHL website.

When you are on offense in the zone (or, in your “attacking zone”), you must keep the puck inside the blue line. If it completely crosses over the blue line, everyone on your team must cross back into the neutral zone before you can play the puck in the attacking zone again.

Inside the circle, there are four right-angles around the dot that seem to make up a plus-sign. The lines that are parallel to the blue lines are a bit farther apart from each other than the lines perpendicular to the blue lines. The space between these parallel lines is where the referee stands when dropping the puck. It ensures that the two players taking the face off are far enough away from each other. The other lines are where the players in the face off place their feet.

The two hash marks on either side of the circle represent the required distance between the players on opposing teams.

Now for the other big rule: icing. If you understand icing, you’re doing pretty well.

This happens when a player hits the puck from his own side (the same side as his goalie) of the center ice line (see number 1), and the referees determine that it will cross the far goal line without being touched by any other player. However, there is a way for this player or one of his teammates to negate an icing call. If he or someone on his team is the first one to touch the puck, icing is not called.

In the event of a power play (when one team has at least one fewer player than the other due to a penalty), the penalized team is allowed to ice the puck without penalty.

The point of icing is to prevent defensive players from chucking the puck down the ice to avoid any goal chances..

When icing is called, the puck is dropped in the end zone on the side the puck was hit from.

The trapezoid is currently only used in the NHL, AHL, and ECHL.

Whew. That’s a lot of rules just for the lines on the ice. Which one surprised you the most?