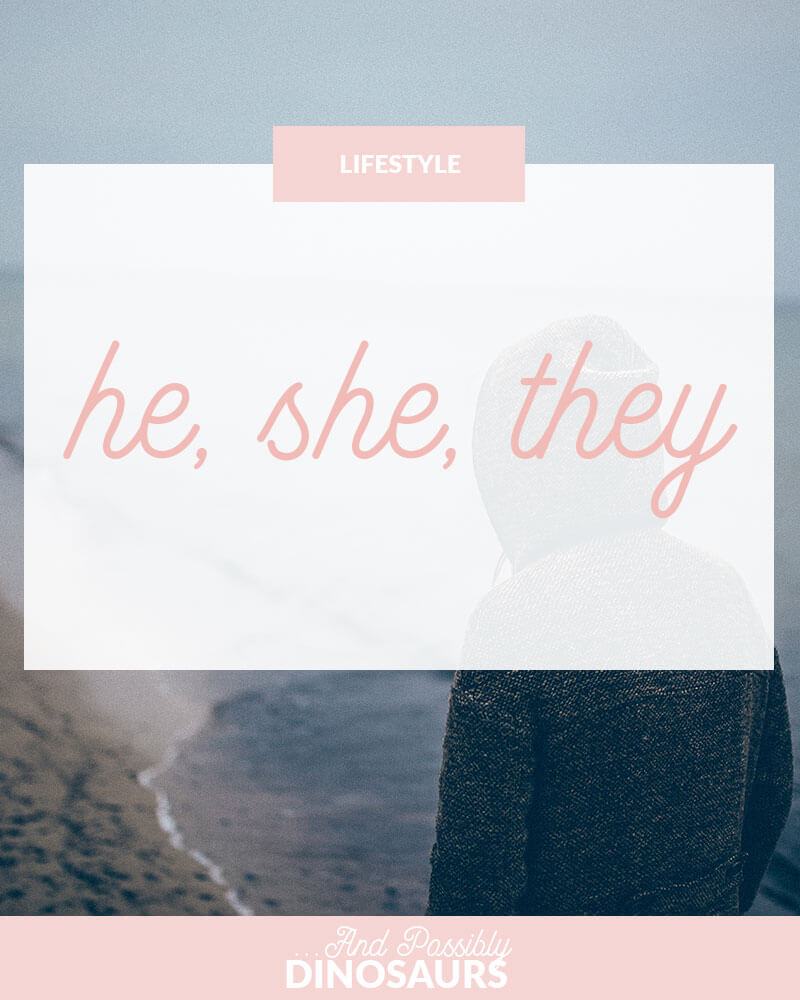 Ever since I learned how to write, I’ve always been obsessed with having proper grammar. I studied journalism, worked at my university’s Writing Center, and publish written content four times a week outside of my job in marketing. I’ve even got a plaque on my desk that says “I am silently correcting your grammar.” (Sometimes I don’t correct it so silently.)

For a long time, using “they” and all of its variations in the singular really bothered me. It’s plural, so we shouldn’t be using it to describe one person, even if we don’t know the person’s gender. We just need a new, non-gender-specific word, right? Other languages have one, why can’t English?

Well, because it would be incredibly tedious to not only come up with a gender-neutral pronoun, but also for it to catch on with the general public. Instead, maybe we should just get off our high grammar horses and accept that it’s perfectly alright to use “they” for a single subject.

So, why is this a Feminist Friday issue? Because not everyone identifies with one gender or the other. We can’t really use “he or she” when the person is neither a “he” nor a “she.” It’s better to be “grammatically incorrect” than it is to be rude to someone.

I’m lucky to be a cisgender woman. That is, I identify with the gender I was given at birth. However, not everyone does. They either I identify with the opposite gender, or they were born with both sets of sexual organs and their parents and / or doctors chose (often incorrectly) for them. These cases are where the pronoun “they” comes in most commonly. When a person decides to undergo surgery to change their sex, the pronoun “they” can help smooth the transition between the two, if needed.

In addition, some people simply prefer the pronoun “they” at all times, even if they are cisgender. And that’s just fine, too.

So how can you tell which pronoun someone prefers? It’s simple: ask them. It might be awkward, but it’s better to be a little uncomfortable for a minute or two than it is to be incorrectly using a pronoun for years without realizing it.

There is another, less confrontational option, though: you can check their Facebook page. Yup. Facebook has a spot for Preferred Pronoun. (You can also change your gender to Cisgender Female / Cisgender Male / etc, which I think is awesome.)

He, She, They: How to Publish Your Preferred Pronoun on Facebook

Pretty awesome, right? I’m trying to be better about checking people’s preferred pronouns on their Facebook pages before assuming. It’s kinda hard to get used to, but it’s better than being rude.

Oh, and if you’re curious, my pronoun is she / her. But I wouldn’t be offended if anyone asked. What’s your pronoun?