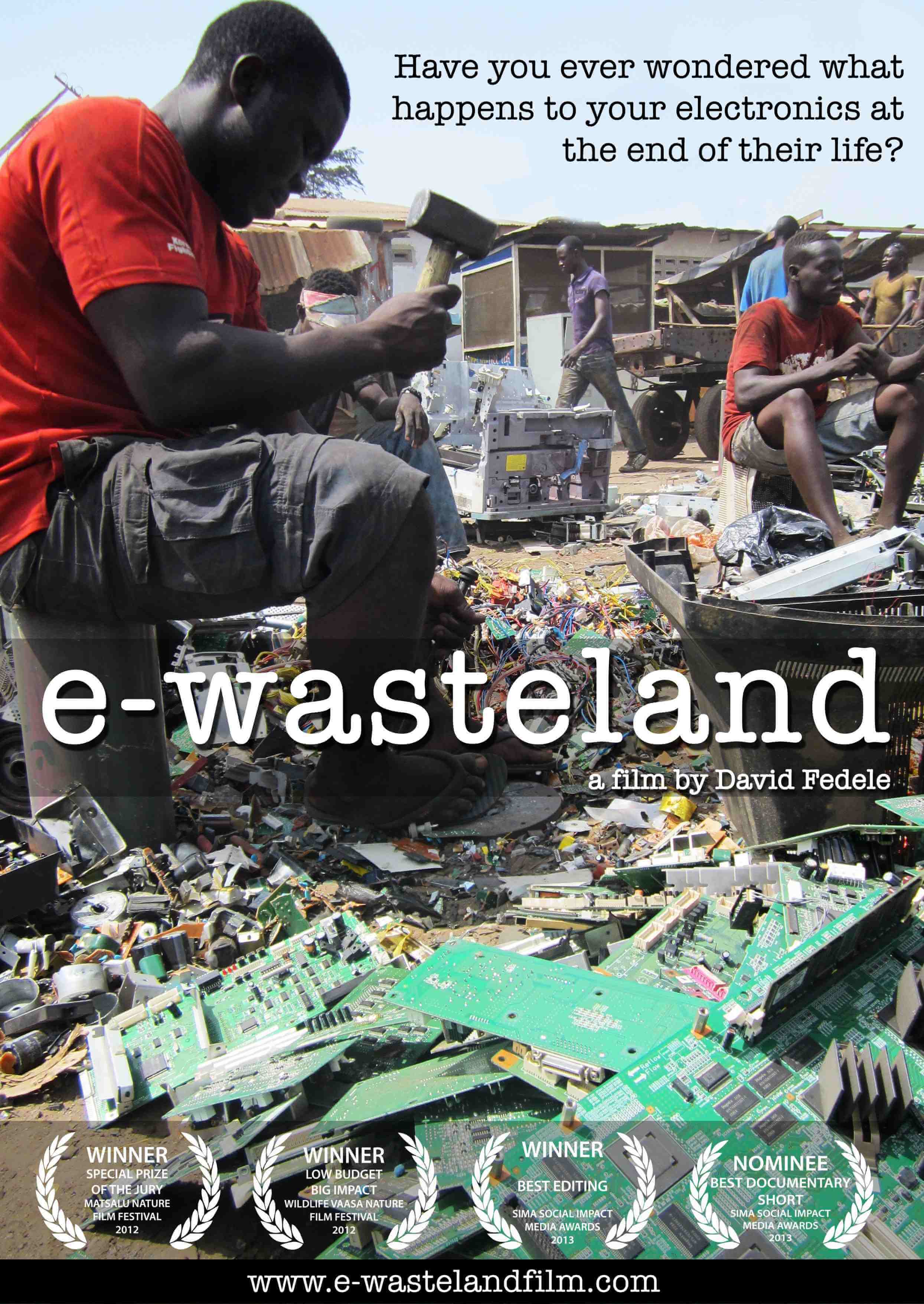 What happens to our electronics when we get rid of them?

Last week, I discussed how I recycled the electronics that were inside my old iMac G3. I knew it was important because Ghana is home to the world’s largest e-waste landfill in Agbogbloshie. It wasn’t until I saw the documentary E-Wasteland that I understood why we must be responsible with our used electronics. 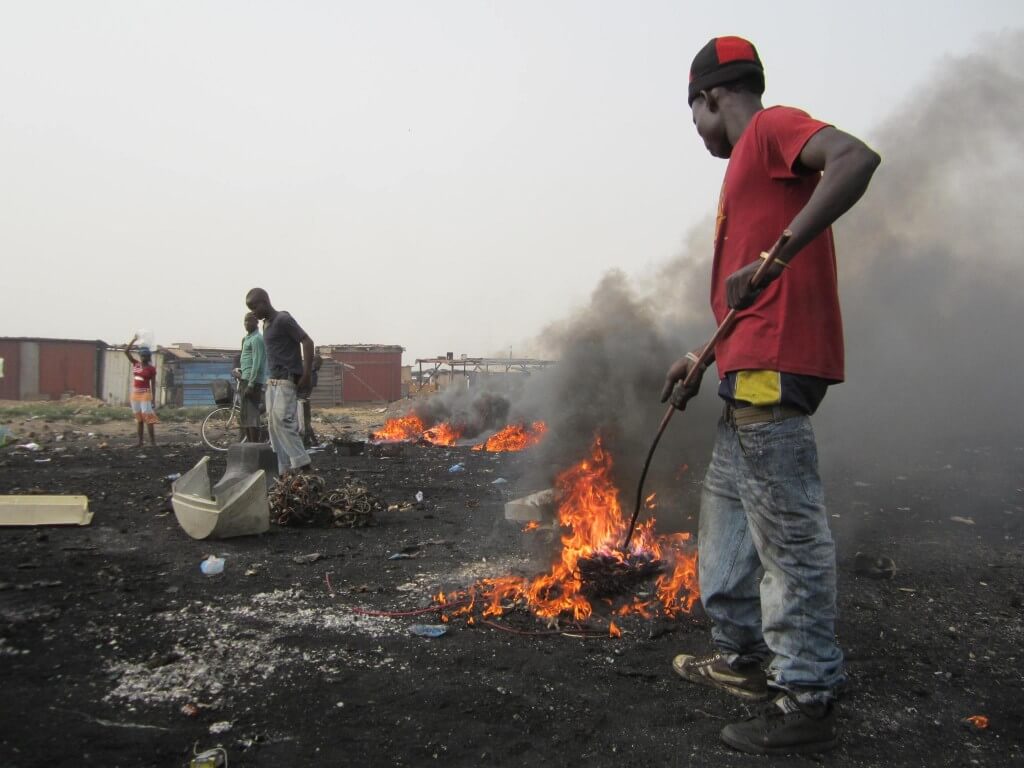 This young man is burning a small pile of electronics to get to the metal inside, which he will then sell for scrap.

A coworker recommended the film, and I was pleased to find out that the 20-minute documentary is available to watch for free online. What amazes me about the film is that the director, David Fedele, tells the story of some of the young men who work in the wasteland without saying a word.

That’s right. It’s a “silent film,” if you will. There is background noise, but no voiceovers or interviews.

At first I was a little bummed by this, because I feel as though story telling is such a compelling way to convey a message. However, when I did some reading on the E-Wasteland website, I found out why he decided to forgo the words. In an interview, Fedele said:

I had seen a number of journalistic documentaries that focused on the people working with e-waste, and portrayed them as victims, using poor interviews and voice-overs, and I was extremely conscious that I didn’t want to do this. I wanted to visually present a particular environment, attempt to show it as truthfully as possible, and give people the responsibility to think about the issues themselves.

I absolutely love this idea. As I discussed in my blog post What I Wish I Knew Before Going to Africa, I’m sick of people, especially the media, portraying Africans as victims.

Fedele decided to create a documentary about e-waste rather than the people who are affected by it. However, that doesn’t mean they are completely removed from the documentary; they are simply a part of the e-waste story.

I highly encourage you to check out the documentary. It’s only 20 minutes; I was able to watch it on my lunch hour.

Now that I’ve seen it, I feel as though I have the responsibility to be incredibly responsible with my electronics. This also means I won’t be upgrading my electronics as frequently as Apple would like; more replacements means more waste, and more waste means more environmental, economic, and health dangers for people in Accra and around the world.