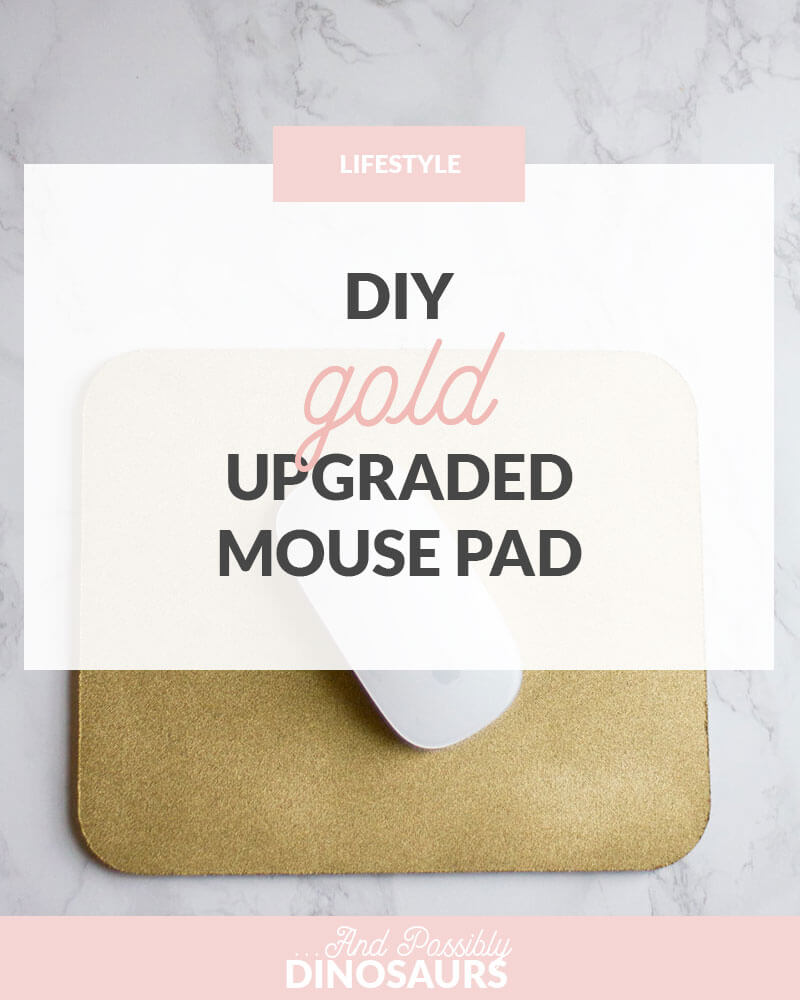 It’s back to school season, which can only mean one thing: so much free stuff!

I remember when I was in college, people were always handing out free stuff. Magnets, bracelets, pens, etc. But one thing that I never knew what to do with: free mouse pads. They’re always so ugly, and who wants to be staring at a random logo all day?

Well, I scoured the internet for a solution, and found this awesome tutorial for a black + gold notepad that I just had to try.

Originally, I sought out to make a white mouse pad with a gold dinosaur on it. But… it failed. So I had an ugly mouse pad that I didn’t want to just trash. Then I realized I could just cover the entire thing in gold! Super cheap and super easy.

All you need is a well-ventilated area, some gold spray paint, scrap paper, and an ugly mouse pad. 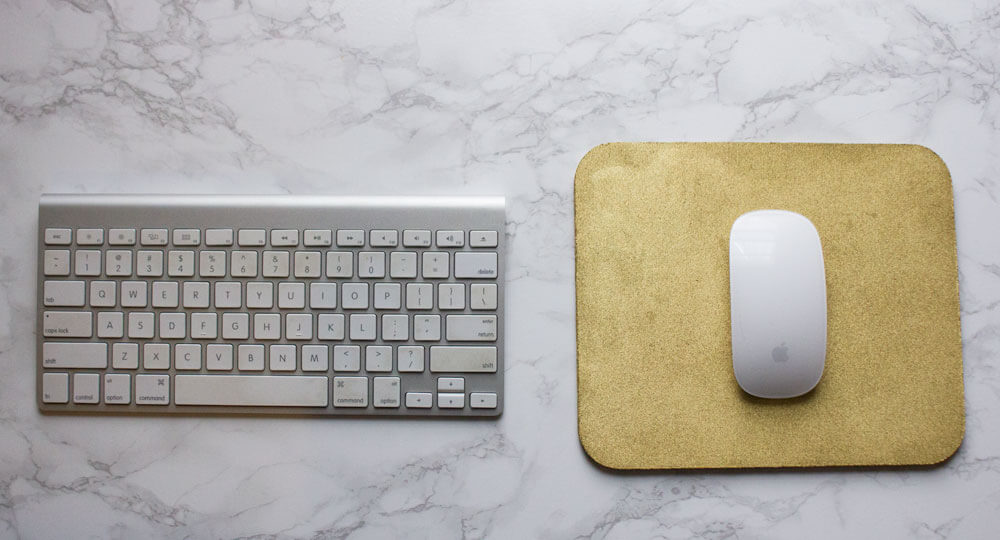 Because I was covering the whole thing, I didn’t worry about stencils or painter’s tape. However, depending on the mouse pad you have, you might be able to make a fun design on it.

When I originally tried to make the dinosaur design, I used the Martha Stewart Adhesive Stencil Paper, and it did not work. I’m not sure if it was because of the texture or what, but the paper started curling up just a few seconds after I started spraying. Which is why it turned out ugly… there wasn’t a tight seal, so the lines were far from crisp.

I also wouldn’t recommend a white mouse pad, because all of the little imperfections showed up clearly. I tried sealing everything in Mod Podge and it looked horrible.

Amy from Homey Oh My used 3M vinyl tape on a black mouse pad and it seemed to come out beautifully. So keep that in mind when choosing whether or not to do a design!

If you want a “solid gold” mouse pad, just lay it out on some scrap paper in a well-ventilated area and spray away! I used Krylon Short Cuts spray paint in Gold Leaf and love it! I ended up using the entire 3-oz can.

I didn’t end up sealing the final product with Mod Podge because of how it turned out the first time I tried. I do get some residue and it still smells a little bit like spray paint, but it’s not that big of a deal to me. 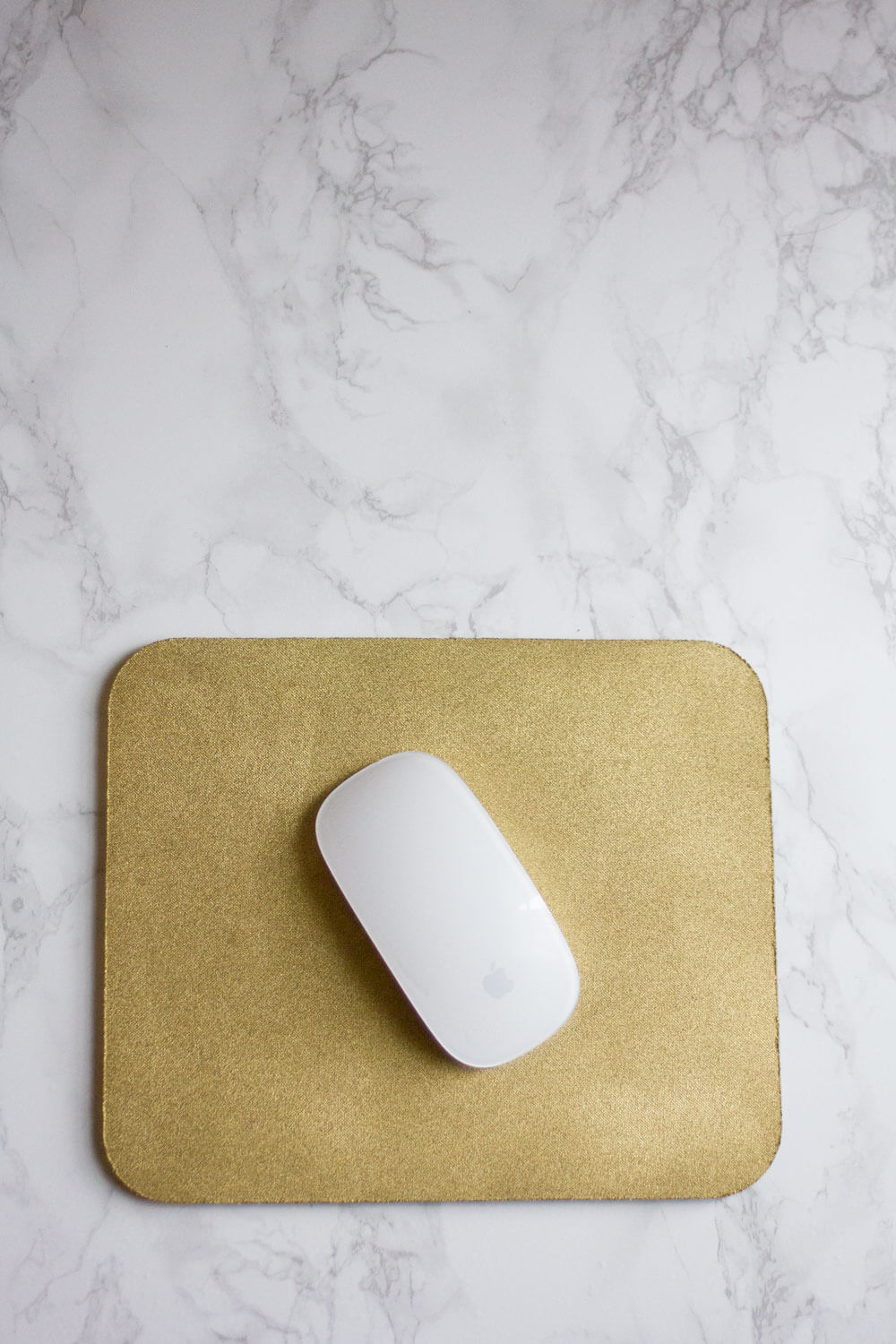 This would work great with other colors, too! What color would you paint your mouse pad?