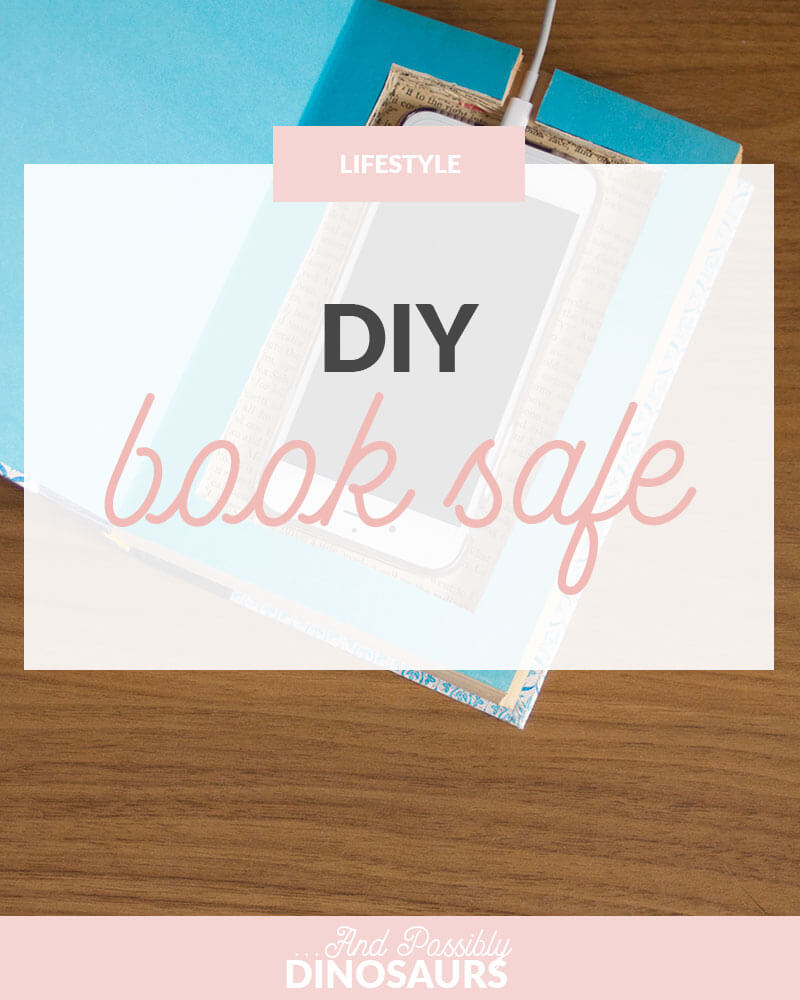 I love books. It’s no secret. I’ve always dreamed of having a Beauty and the Beast-esque library of my own someday. So it’s no surprise that I frequent used book sales.

A year or so ago, I found some cool old Reader’s Digest books at the East Grand Rapids Library used book sale. They were touting them as perfect for Pinterest projects, and they weren’t wrong.

I scooped up a beautiful blue book, and I’ve been debating what to do with it ever since. Until I decided I would make it into a lazy version of a DIY book safe and phone charging station to beautify my bedside table.

This project is super easy. In fact, I did it while some friends were over to watch a hockey game. (I did it during the intermission, of course.)

First, you’ll want to measure out how big you want to make the box inside. I have an iPhone 6, so I had to make sure it would fit inside. I opened the front cover and traced around my phone, then increased it a little bit on every side.

Then, cut! Go as many or as few pages deep as you want. I’m using mine just for my phone, so I only went as deep into the book as I had to. 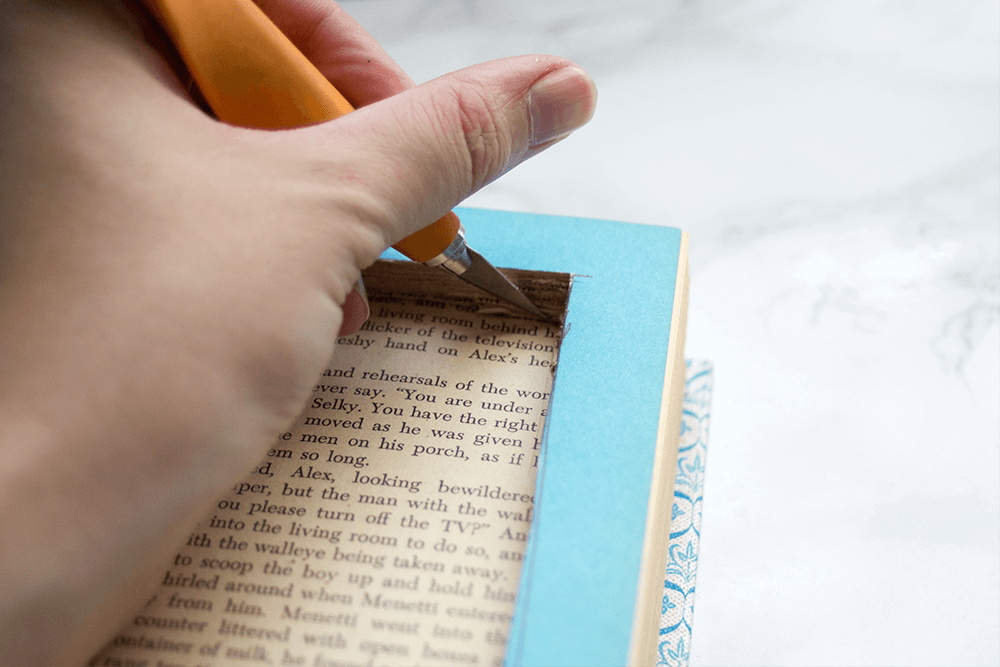 I just kept testing out the thickness by placing my phone inside and closing the cover. Once the cover laid flat, I stopped! Easy peasy.

Then, if you want to make it into a charging station for your phone, just make a divot at the top that’s a few pages thick for the cord to stick out of. That way, the cover still lays flat when your phone is plugged in. 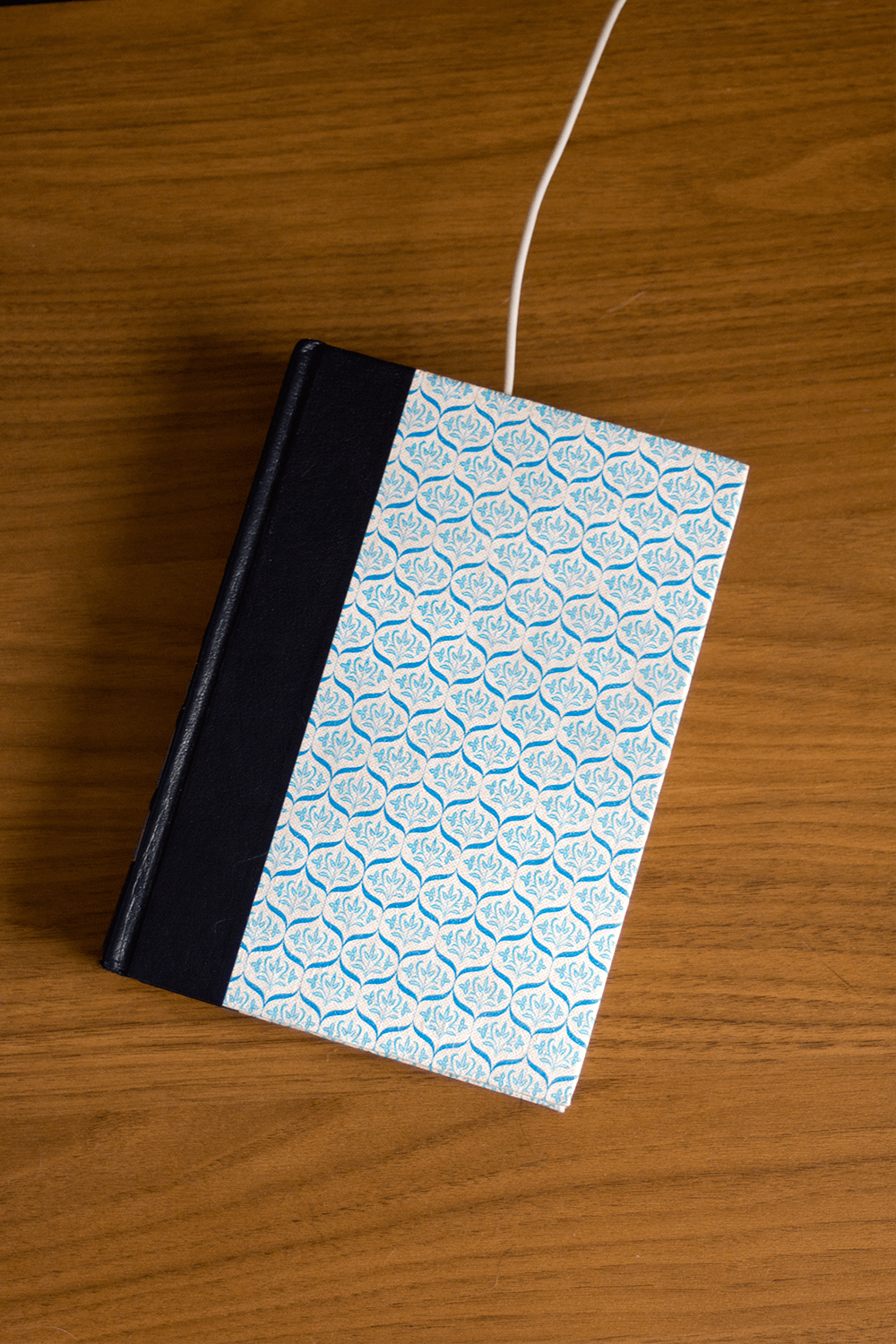 And voila! You’re done. I wanted to make a lazy girl’s guide to this, because, well, I’m a bit lazy sometimes. A lot of other tutorials will have you clamp the book shut and seal the pages together with Mod Podge, but I haven’t found the need to do that yet. Sometimes the cord gets a little mixed up in the pages, but that’s rare.

What do you think? What would you make out of a cool old book?