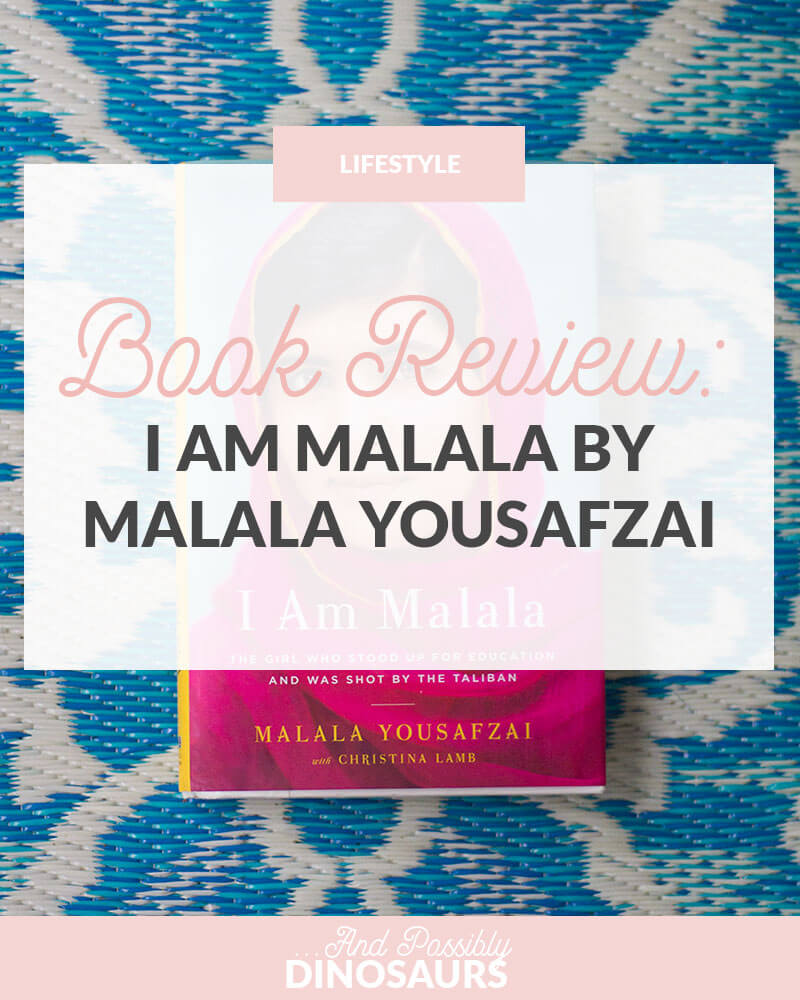 I Am Malala by Malala Yousafzai has been on my to-read list for a long time. But Game of Thrones took over my reading life for a little more than a year, so it kept falling on the back burner.

But I was finally able to read it in July. And man am I glad I did.

Malala and her father, natives of Pakistan, are not ones to get pushed around. They stand up for what they believe in and speak their minds. This proved problematic, though, when she was targeted by the Taliban and ended up being shot.

I was expecting the book to be a lot about Malala being shot and the aftermath of her shooting, but that only ended up being a small chunk of it near the end.

While a bit of it read like a history textbook, it was still very interesting to learn about the history of Pakistan, including why and how the Taliban took such a stronghold in the area.

It was also interesting to hear her perspective on the death of Osama bin Laden. He had been hiding out not far from where she had been living. At the time, people said it was suspicious that the Pakistani government didn’t know he was there, but Malala made a reasonable argument about why that particular compound was not out of the ordinary.

The part that I enjoyed the most, however, was the connection Malala has with her father. Before reading the book, I knew he was important in her life, but I didn’t understand to what extent.

Ziauddin Yousafzai is one of the best examples of a male feminist I can come up with. He’s such a rockstar when it comes to providing education, especially to girls. He realized his dream of opening a school, and (due in part to Malala’s insistence) offered many students free tuition. The money for much of the overhead had to come out of his own pocket, but he was willing to make it work.

He also used to have a stutter, which made speaking difficult for him. But he overcame it, becoming an important voice in the fight for education. Shoot, he even did a TEDTalk.

And let’s be honest, no one can grow a mustache quite like Ziauddin Yousafzai.

But the best part: Malala used to be known as Ziauddin’s daughter. Now Ziauddin is known as Malala’s father.

I can tell that I Am Malala is one of those books that I’ll never get rid of. I’ll keep it on hand so I can always reference it whenever I’m in a slump and need some inspiration.

Because honestly, you can’t find a story much more inspiring than the Yousafzai’s.

P.S. It’s there’s going to be a movie about them in October called He Named Me Malala and I can’t wait to see it.

Have you read I Am Malala? What did you think of it?