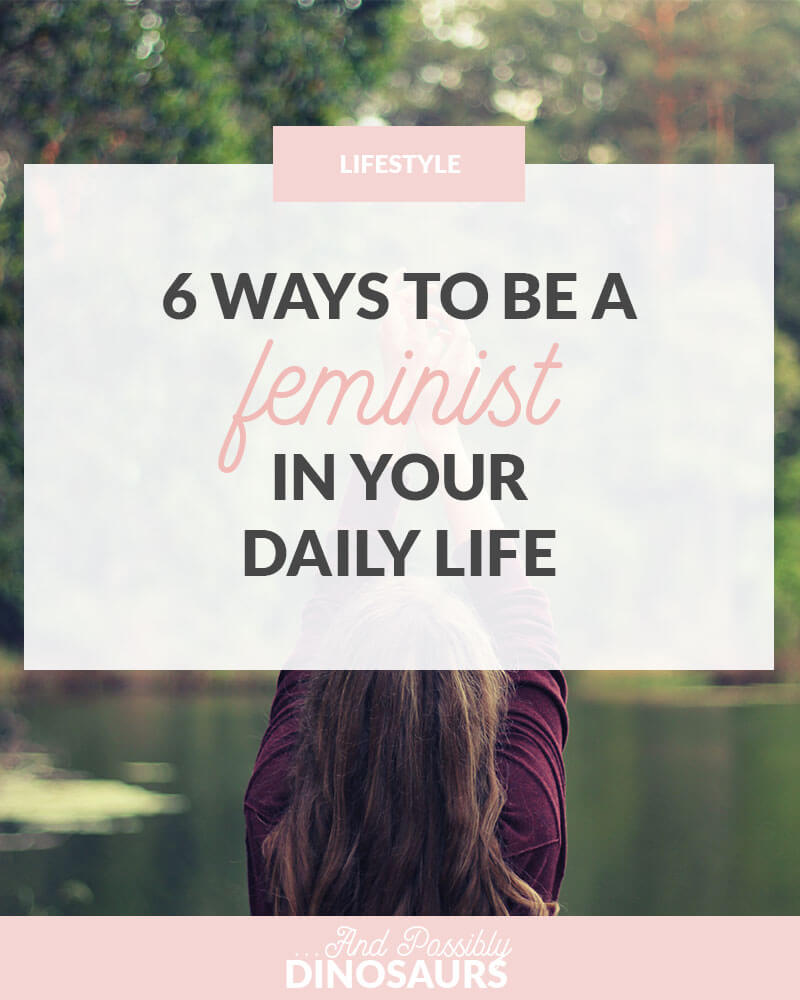 I’m really excited to introduce Sareeta of Flight & Scarlet for today’s blog post! She’s going to talk all about how to be a feminist in your daily life, which is awesome advice we can all use! Take it away, Sareeta!

I am a feminist.

And somehow, “feminist” is one of the most controversial words out there.

But for me, it’s simple.

Feminism recognizes the humanity of women, including women of many different ethnic backgrounds.

It fights for equality between all sexes and genders; for equal representation and treatment.

It is there for those who have suffered, and it is a means by which people can share their stories to educate others about a system that needs improvement — our patriarchal society.

It took me a while to own my identity as a feminist, but now I am proud of it. Now, in my daily life, I do what I can to help others learn about feminism, and to be the best feminist I can be.

And you can too.

Here are a few ways you can be a feminist in your daily life.

Are you a feminist? Here are 6 ways to be a feminist every day!Click To Tweet

1. If you identify as a woman, know that you are worthy.

This might sound too simple, or even cheesy, but it isn’t. Only if women believe they are worthy themselves can we prove that we are deserving of equal and fair treatment.

Plus, feminism is about recognizing that women are equal to everyone else in this world, and to me that includes anyone who identifies as a woman — not just people who are cisgender.

So if you identify as a woman, live and breathe your worthiness! Know you are beautiful, know you are smart, and don’t be afraid to speak up and voice your opinions — they matter!

2. If you identify as a man, recognize that your experience is different and talk to others about it.

It’s hard to admit that you benefit from a system that oppresses others, especially if you’ve seen oppression yourself, but if you can admit that then you can help to break it down. And that’s what we want, right? Besides — feminism helps men, too.

Of course, men suffer from abuse and discrimination as well — especially men of colour — but it’s still true that being a man is different from being a woman. And in order to be a true feminist, you must understand this and be critical of your experience and women’s as well, not just women’s.

So in your daily life, listen to what women have to say and ask them questions, especially if you don’t understand. Talk to other men about your collective experience as men, too. Use your male privilege to point out that women are human, and that they deserve respect.  Discuss feminist ideas.

Because as a man, people are more likely to listen to you.

Which brings me to my next point…

3. Point out sexism when you see it and encourage people to think critically about it.

This goes for anyone and everyone, of all genders.

Sexism is so entrenched in the system that many of us hardly notice it. In order to combat it we have to see it first. Feminism loses when people see it and then just ignore it, because nothing is being done.

Now when I say point it out, I don’t mean you have to be aggressive and angry — in fact, try to be as calm as you can. If someone says something sexist, just question it. Often people don’t even realize what they’ve said.

4. If you have children or you work with children, find teachable moments and instil a belief in gender equality.

This is so important! Kids are so much more open to new ideas, and they really are the future.

As a substitute teacher, I often hear elementary-aged children say things to insult their male friends, like “But you fit in with the girls, right? Ha!” or “You throw like a girl!” or “Go back to the kitchen!” They don’t really notice what exactly they are saying.

Usually, I just ask what they mean, and that stops them for a second. They’ll say, “I don’t know,” because they feel they are in trouble. But instead of just getting angry, I say, “It sounded like an insult to me, and I don’t understand that. You’re saying he’s like a girl, but what’s wrong with being a girl?” Usually then they realize what they’ve said, or a female student will pipe up and say, “Yeah, what’s wrong with that?!” That really helps because often since that girl is one of their friends, they do care about her — and that makes them think.

But still, I tend to add that I don’t think calling each other girls as an insult makes any sense. Every time, the kids agree and it’s a magical learning moment. Yay!

With older kids and adults, there are a number of different ways you might want to try, because the above isn’t always met with positivity. I’ve tried, and have definitely received eye-rolls. At least I said something, right? But I’d rather really talk about it.

I usually approach it in a “Come on, you can do better,” kind of way. You can still say, “What do you mean?” because then usually they act like you should know what they meant, and then you can say something similar, like “No, I don’t understand, because being a girl isn’t weak or shameful,” or whatever it is.

As long as you say something, and say it in a non-aggressive way, or like you don’t understand, you should be okay. Make sure you question instead of attack! Often, the person you are calling out gets defensive, but someone else will recognize it and say something, much like the girls who have called out their peers in elementary school.

5. Catch yourself and stop yourself when you judge other women unfairly.

This one is hard for everyone. I myself struggle with it. The values our society teaches about women are taught from such a young age, it can be hard to break out of those habits. But with practice, you can unlearn these problematic ideas!

For example, if you catch yourself judging a woman’s sexuality based on what they are wearing, just notice it and catch yourself. Ask yourself why you are judging them. Generally, a woman is negatively judged no matter what they wear — a “prude” if they don’t show any skin or a “slut” if they show a lot, both of which are completely unfair. Try to remind yourself that women are all deserving of respect no matter what they wear.

If you catch yourself judging a woman’s femininity based on what they are wearing or how they act, remember that not all women are feminine, and a woman’s value isn’t about their femininity, but their humanity.

If you catch yourself at odds with what a woman is doing in their life — for example, being very into sports or not enjoying cooking — remind yourself that everyone has multiple sides to them.

There are so many things to catch yourself doing, so I won’t list them all. Just always remind yourself that gender roles are not realistic. When you feel gender roles are unfair, you’re feeling what other women feel too.

So much of what I’ve said has been about catching yourself, breaking habits, and teaching others, which is all very important. But learning about feminism yourself is key.

Feminism is constantly changing, as people learn more and oppressed voices are becoming more heard. First wave and second wave feminists may not have been as inclusive as they could have been, but those mistakes are being corrected by later feminists — now feminism aims to include people of all ethnicities, and to recognize that hating men isn’t what feminism is about. Feminism is becoming more accessible as more and more people that don’t have academic backgrounds get involved.

So we must keep learning.

Read more feminist blogs, or online magazines like Everyday Feminism. Read a couple books, and share them with your friends and children. Discuss what you’re not sure about, and ask questions. Stay critical of what you see and hear, but listen to as much as you can.

Most importantly, never forget: no matter how new or experienced you are with feminism, your voice matters.

How do you show that you’re a feminist in your daily life? Let me know in a comment below! 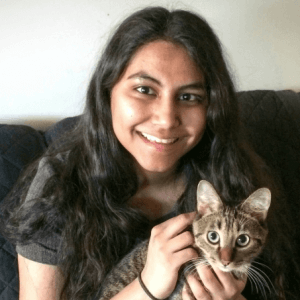 Sareeta is the blogger behind Flight & Scarlet, a blog of feminism, gender, and sexuality, with a touch of life’s humour and cuteness — kitty photos included! In her spare time, she likes watching Netflix, reading, going for walks, and playing with her new kitten. Sareeta loves meeting new people and helping others, so if you would like to connect with her, leave a comment or find her on Facebook, Twitter, or Pinterest!