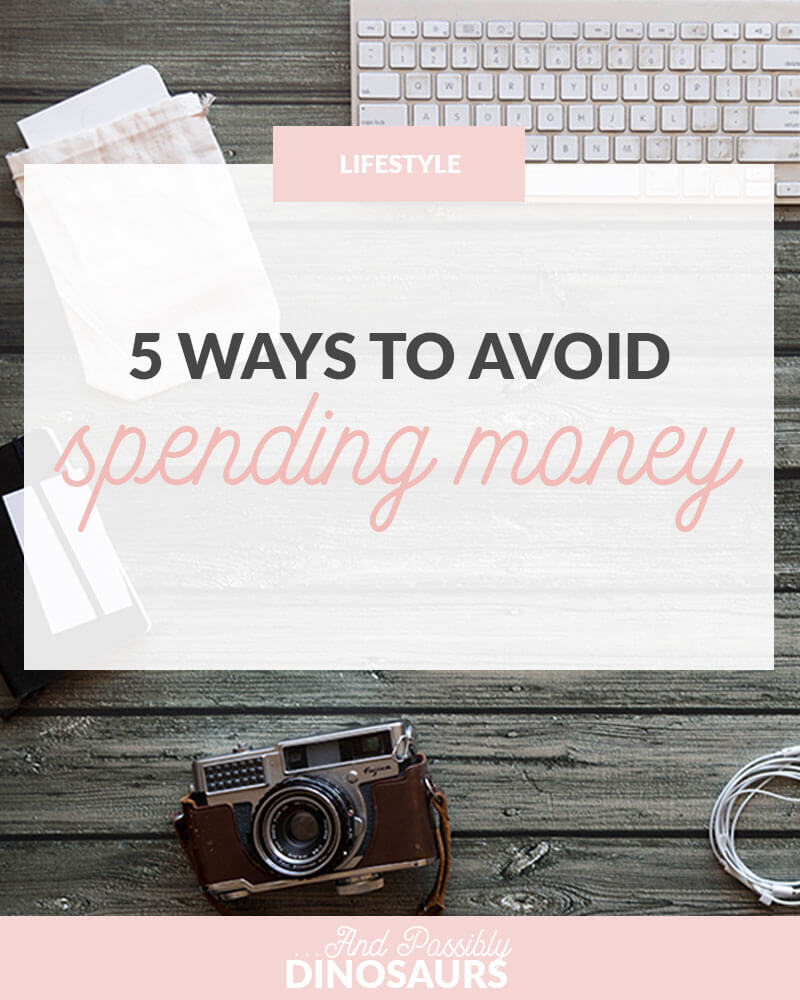 But I’m super happy with my living situation now. I live with the love of my life, we have a great setup, and our furbabies are amazing, albeit tiring.

That being said, I’ve really had to shift my mindset when it comes to spending money for myself. We’re trying to save up some money, so we’re really cutting down on unnecessary expenses.

I’ve been trying to figure out how to cut down on my spending, and I’ve realized the biggest way to do this is to cut down on temptation. Here are my five tips to avoid spending money.

Sean really set us on track when he created a giant spreadsheet for our budget. We figured out how much we can spend on rent, utilities, gas, pets, groceries, and ourselves, and he put it into an Excel file we both have access to. At the end of each month, I fill in the cells with how much we actually spent in each category.

And here’s the kicker: if one of us goes over budget one month, the amount we went over is taken out of next month’s budget. So if I have $100 to spend this month, but I actually spend $150, next month I only have $50 to spend.

This one has made the biggest impact for me. During my 30 Days No Shopping Challenge, I was fine until I stepped foot in the mall. My downfalls are H&M, Target, and Michael’s. So guess what? I don’t go to these stores any more.

It sounds obvious, but it really has helped. I used to go to Target or Michael’s to kill time when I was bored. Now I do something that doesn’t involve me walking out with $100 worth of yarn or throw pillows.

This one is the same basic idea, but it applies to online shopping. I am a sucker for H&M’s sales. I swear I would get an email every other day with another list of 1,000 items starting at $4.95. Do you know how many things I got that I didn’t really need? Too many.

So what did I do? I unsubscribed from the emails. Out of sight, out of mind. Sorry, H&M.

This has been an absolute savior for us. Before I lived with Sean, I didn’t meal plan at all. I don’t really care for cooking, so I would throw together some rice during lunch and call it good. Now we not only eat healthier, but I’m also no longer tempted to grab some Jimmy John’s for lunch rather than throwing something together last minute.

We decide what meals we want before we go to the grocery store, and we put most, if not all, of the meals together at one time. Now we have Rubbermaid containers with lots of different meal options that are easy enough to grab right out of the fridge.

5. Grocery Shop on a Full Stomach

They were really good, but that’s beside the point.

What do you do to avoid spending money?