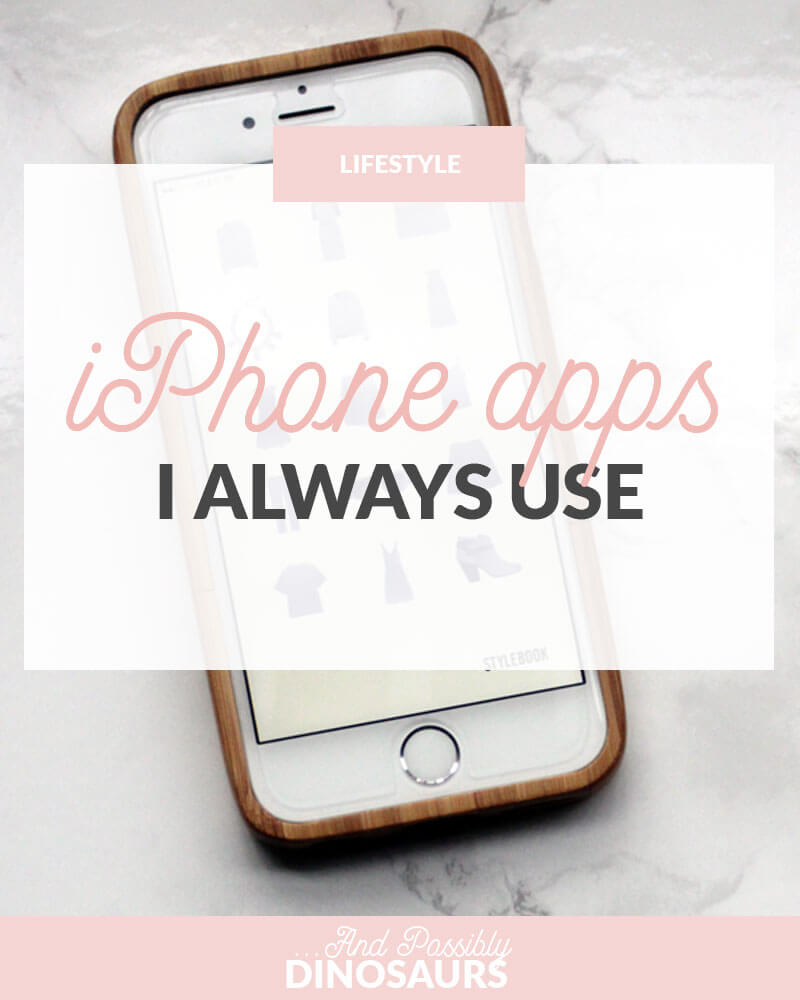 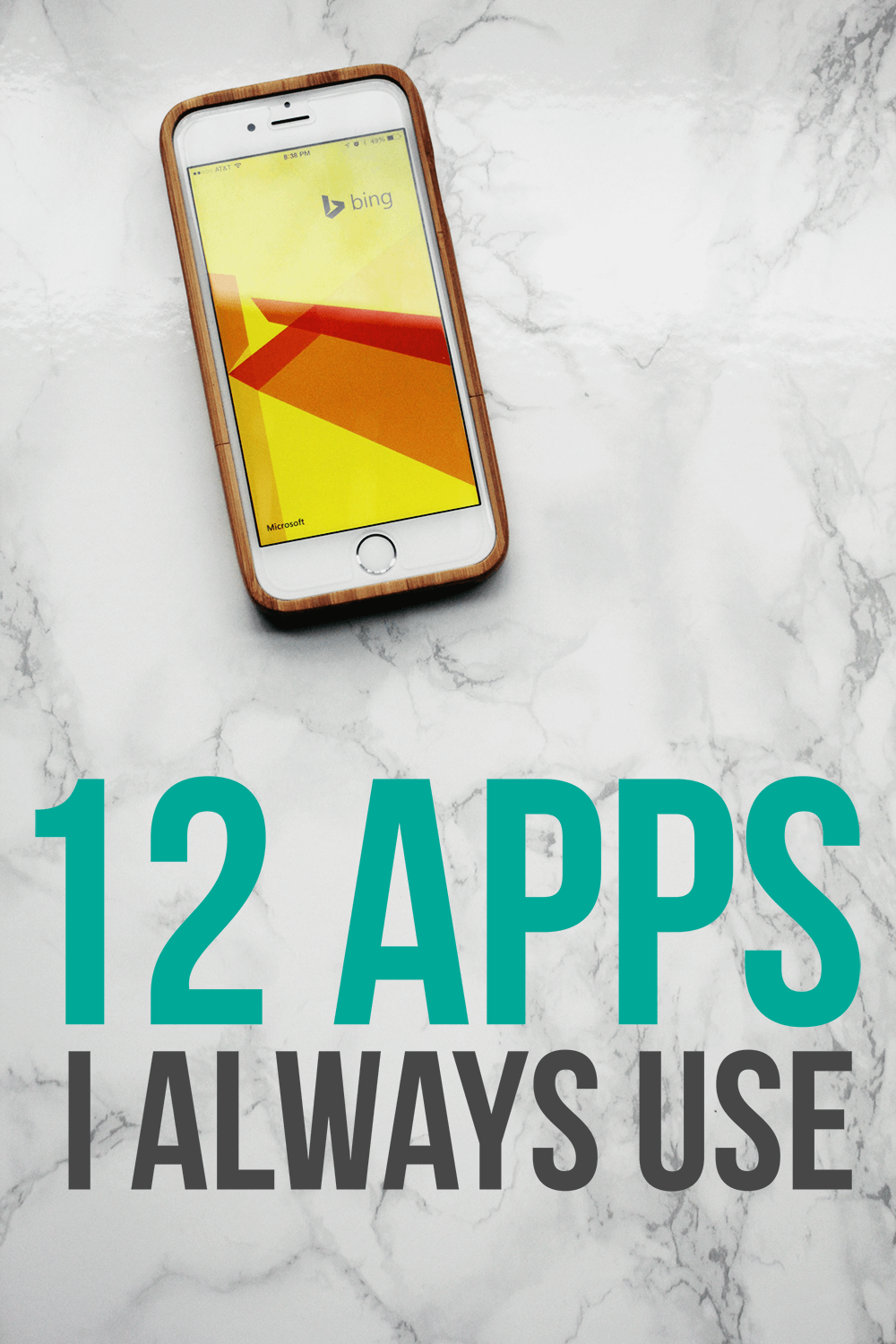 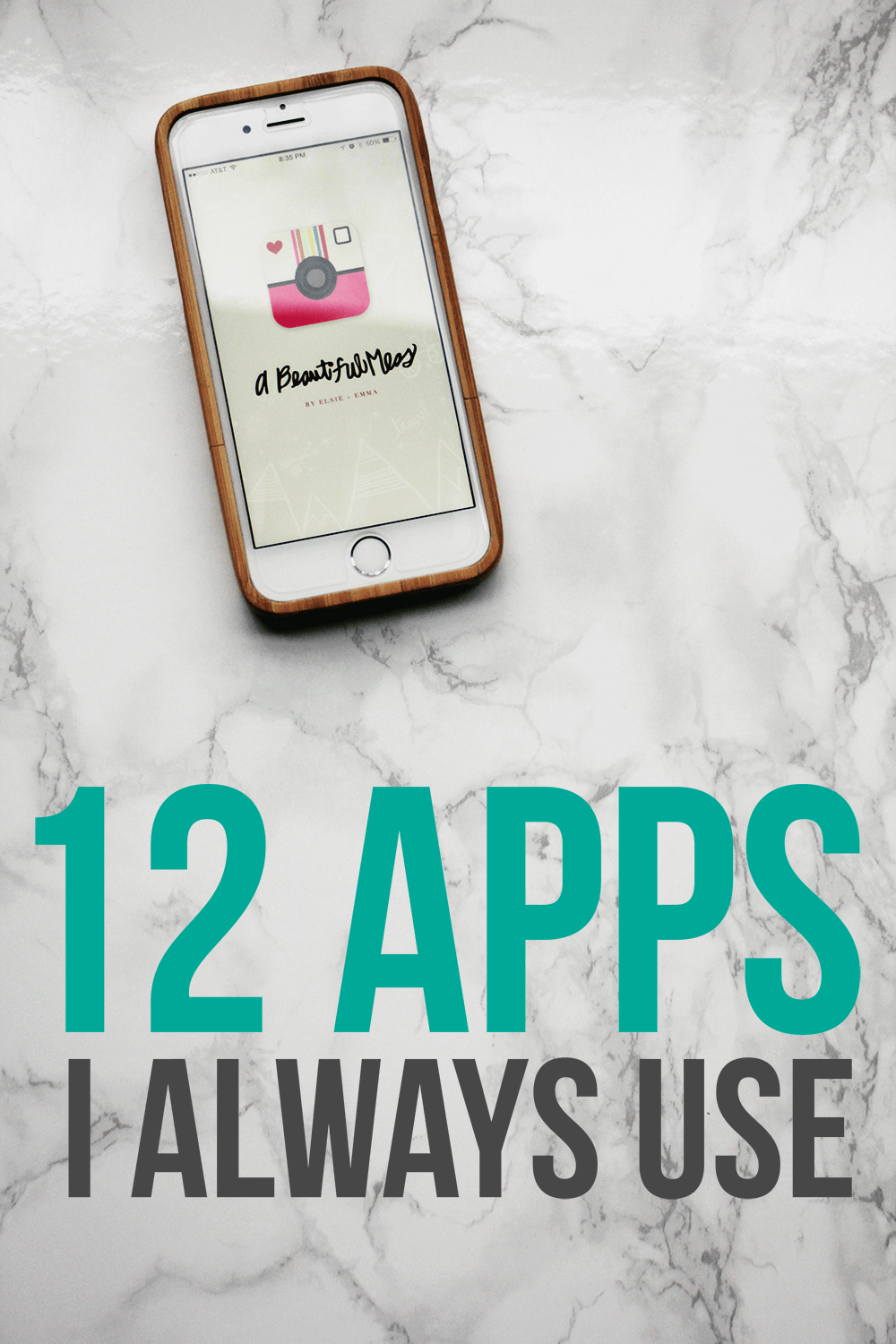 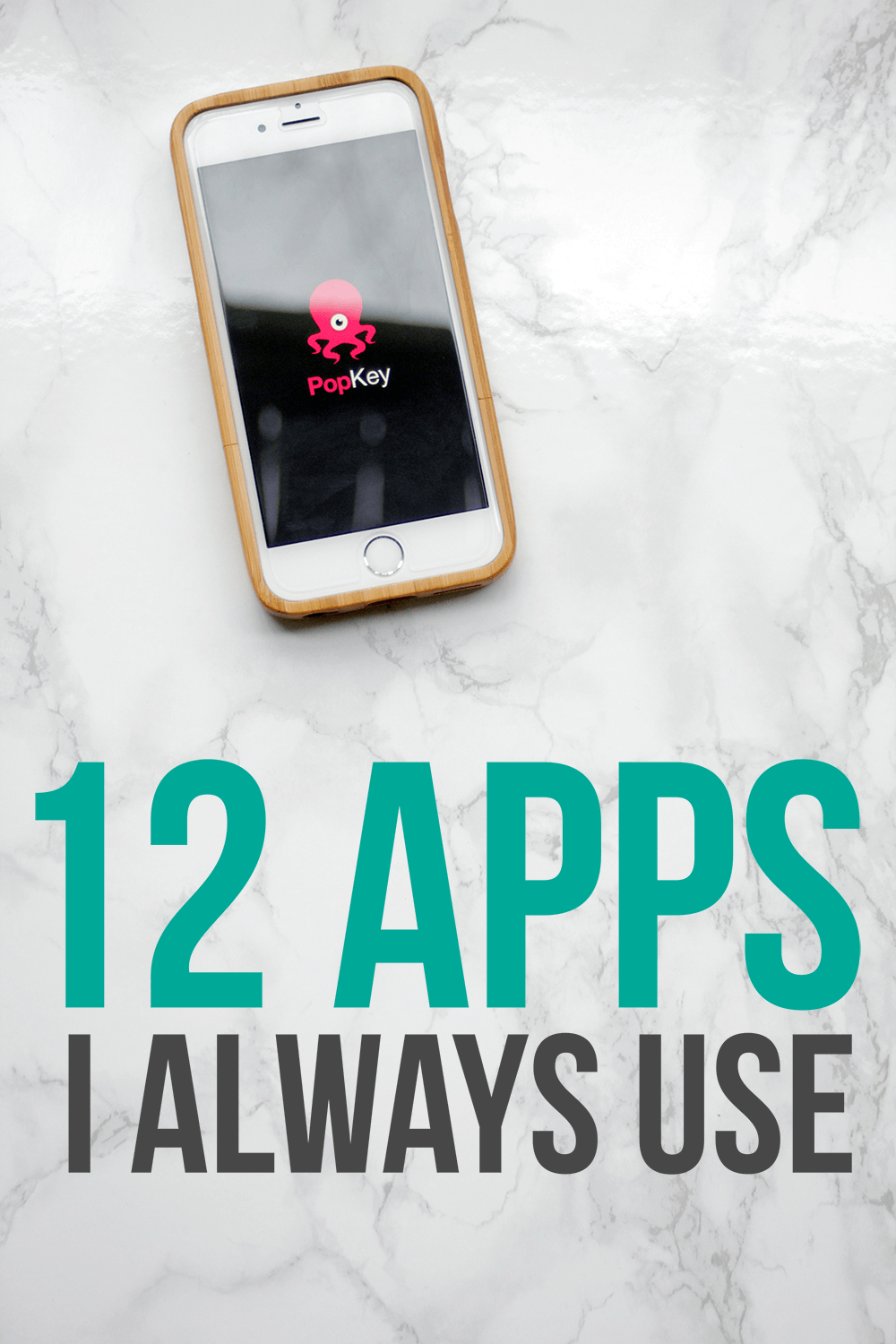 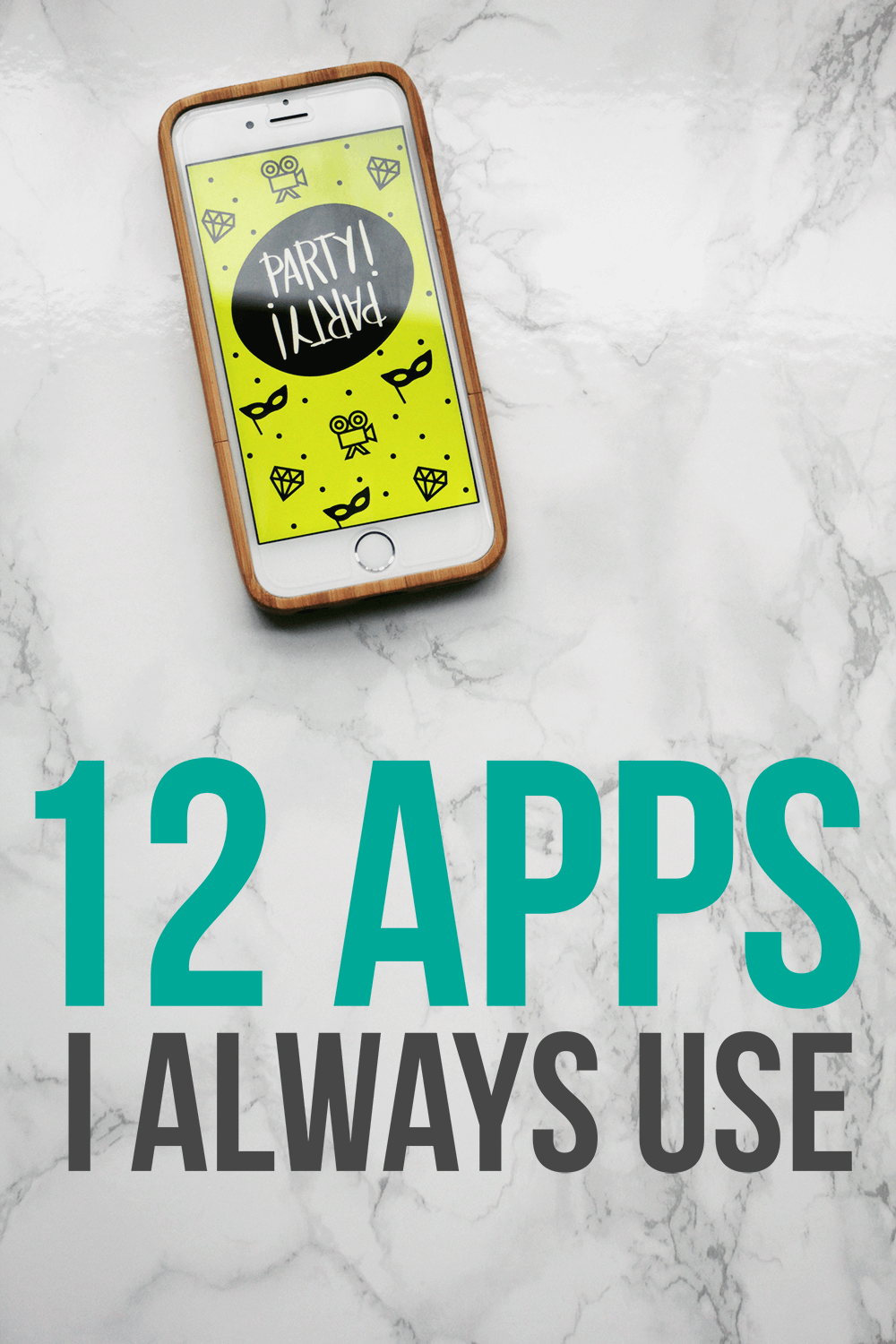 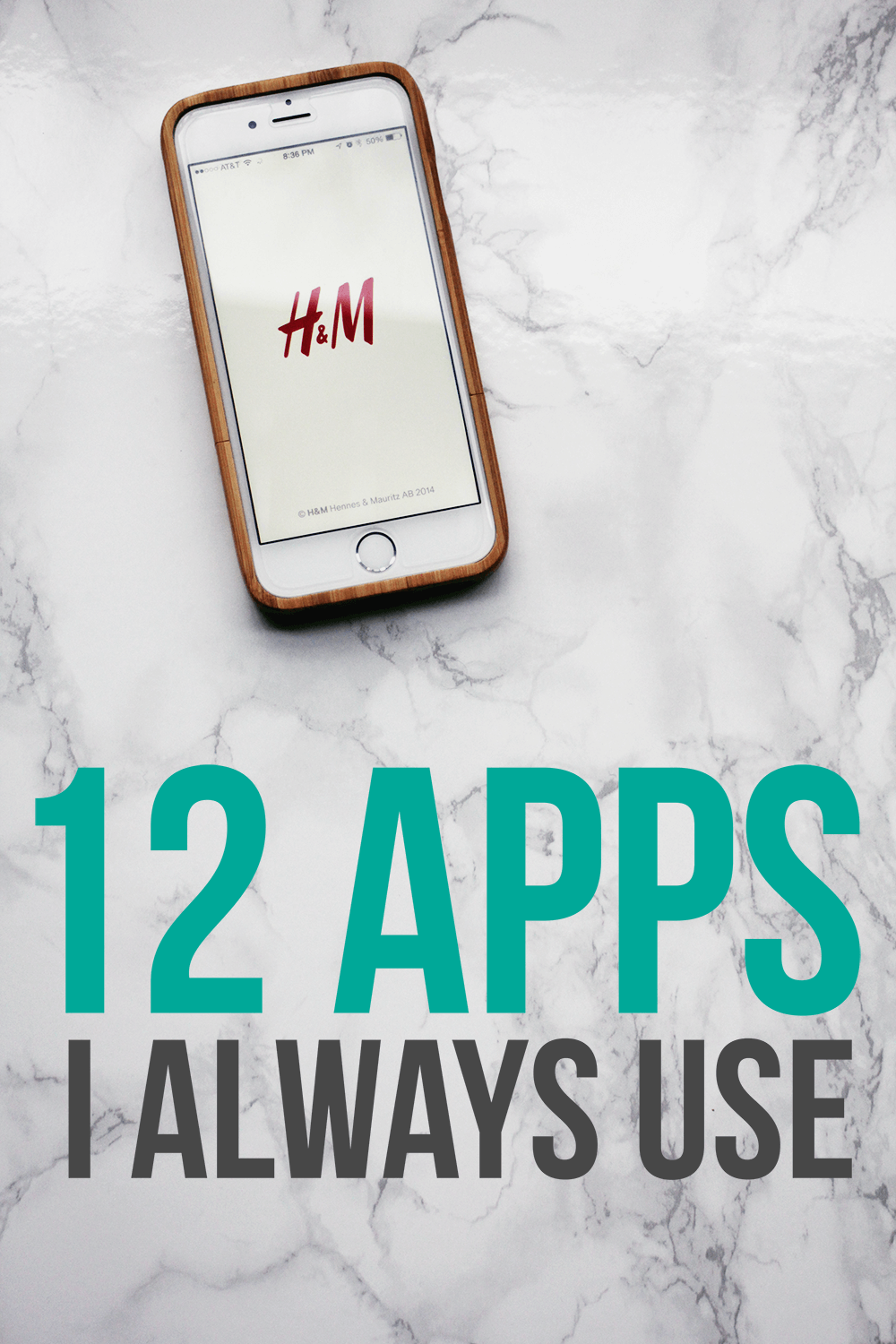 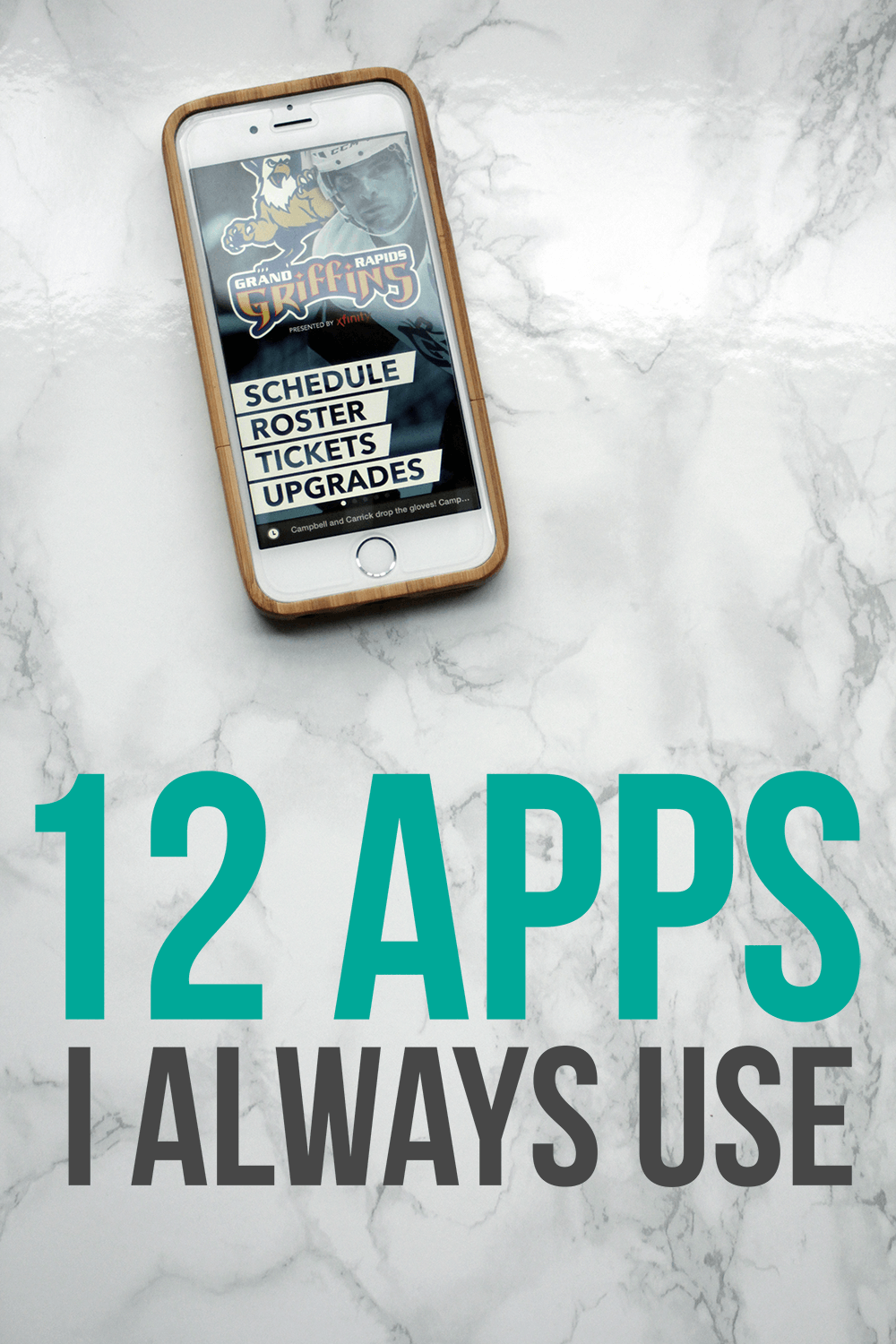 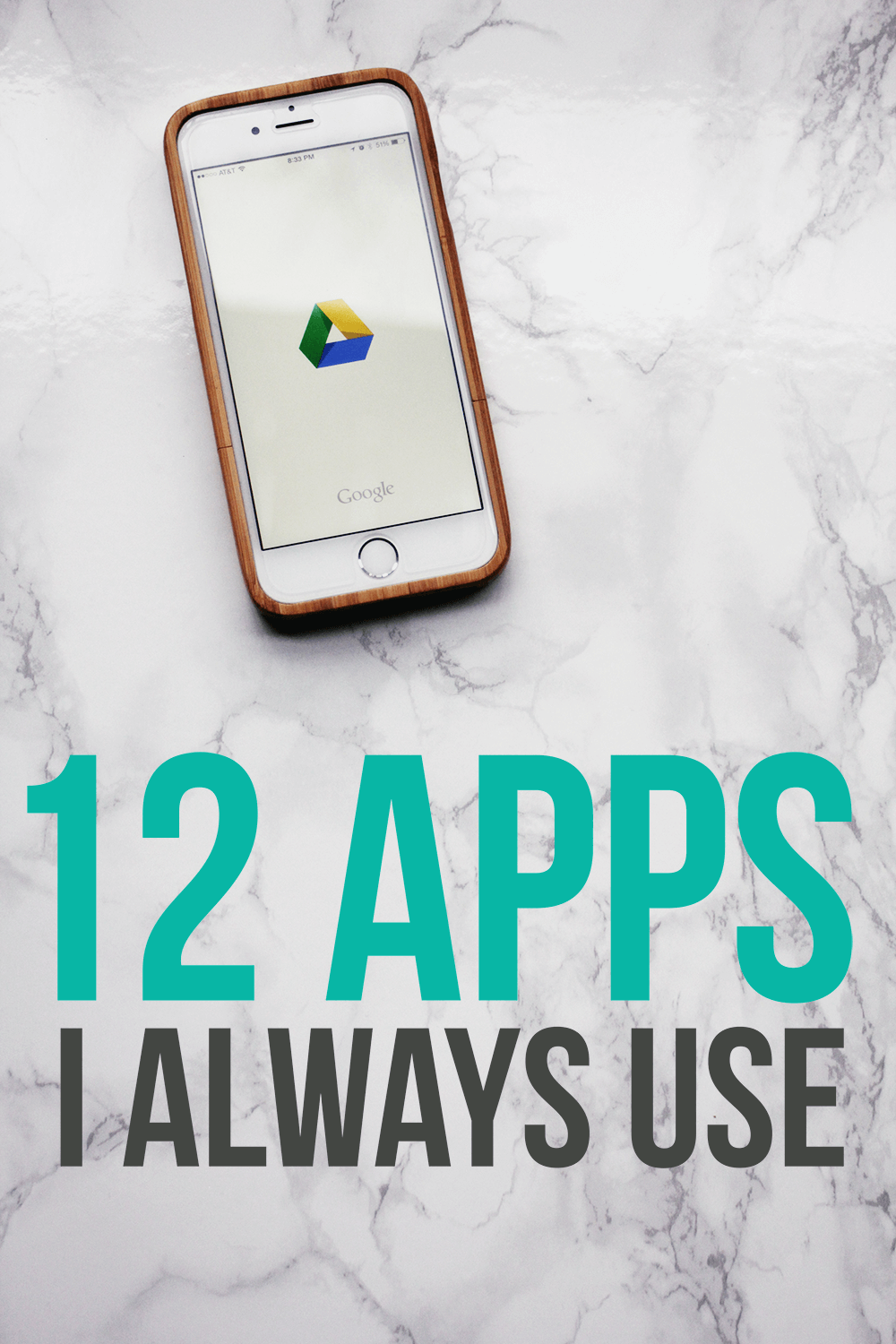 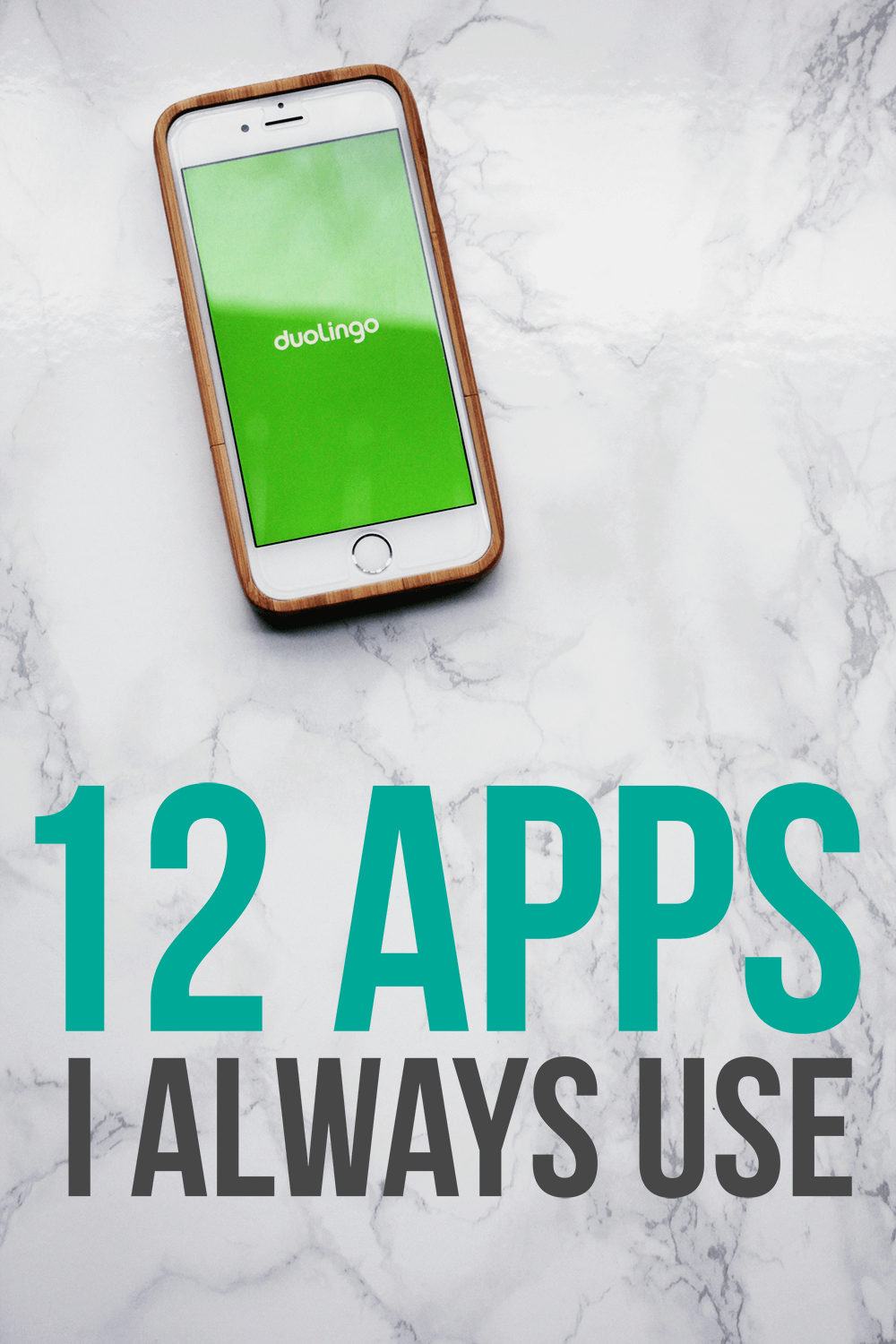 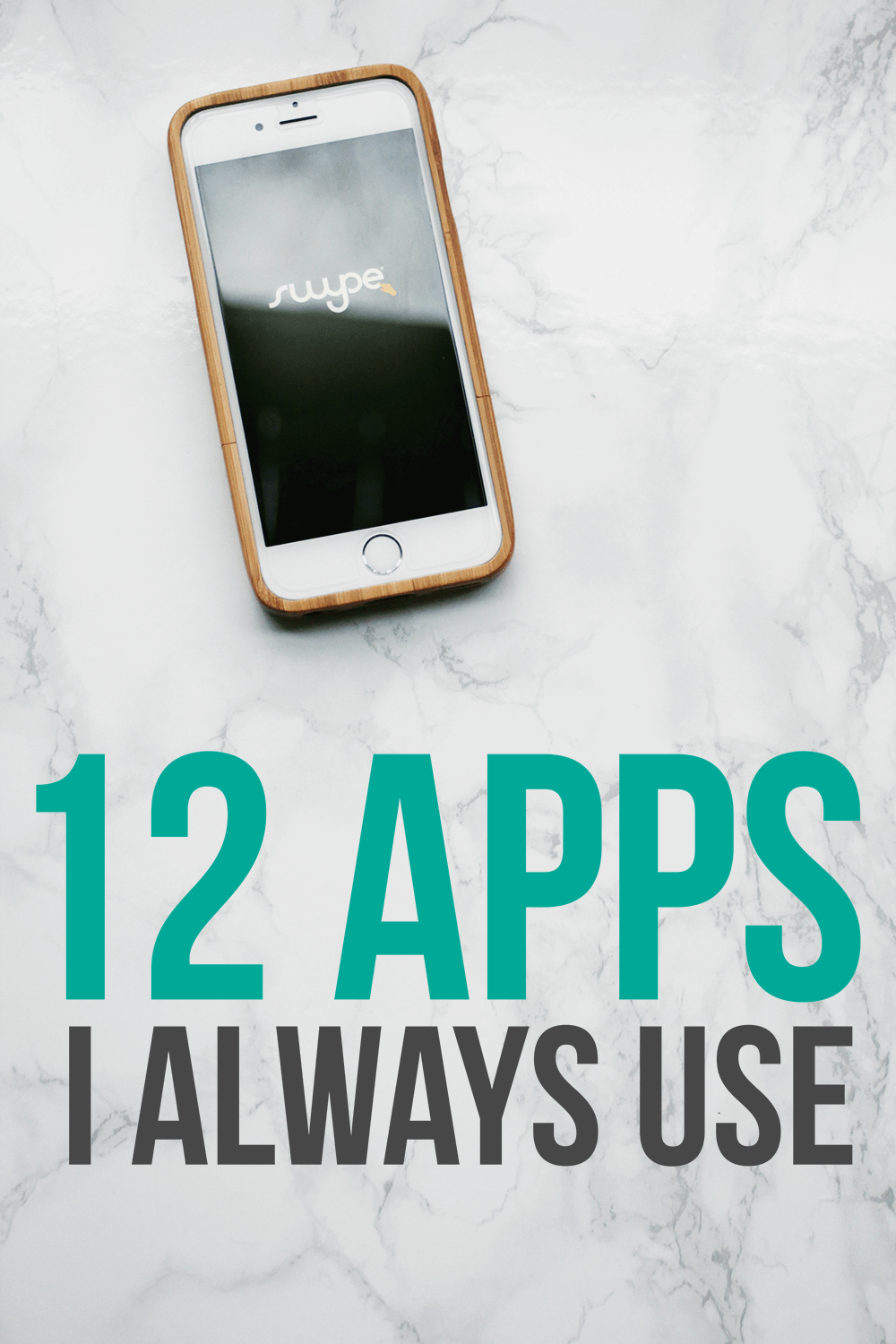 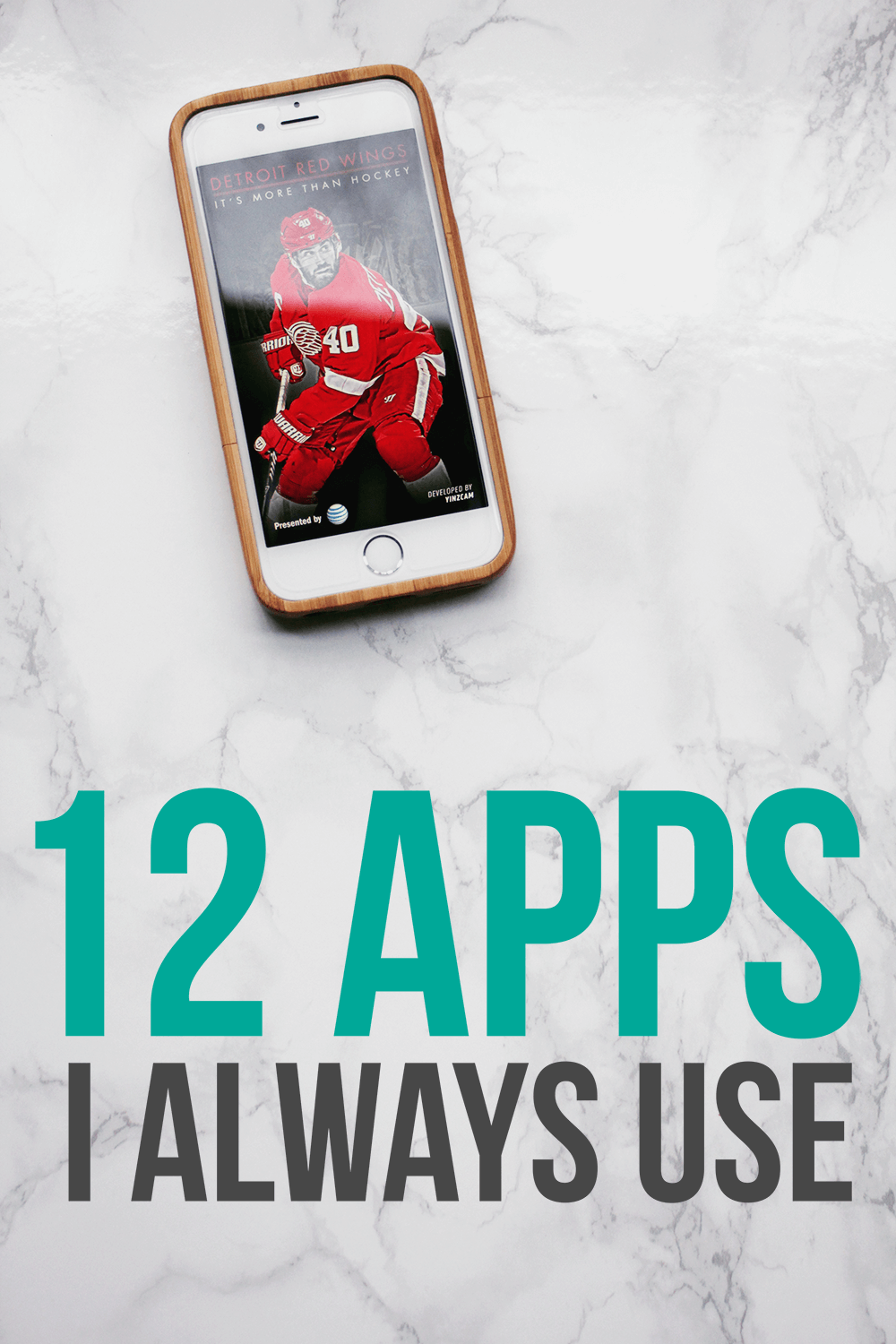 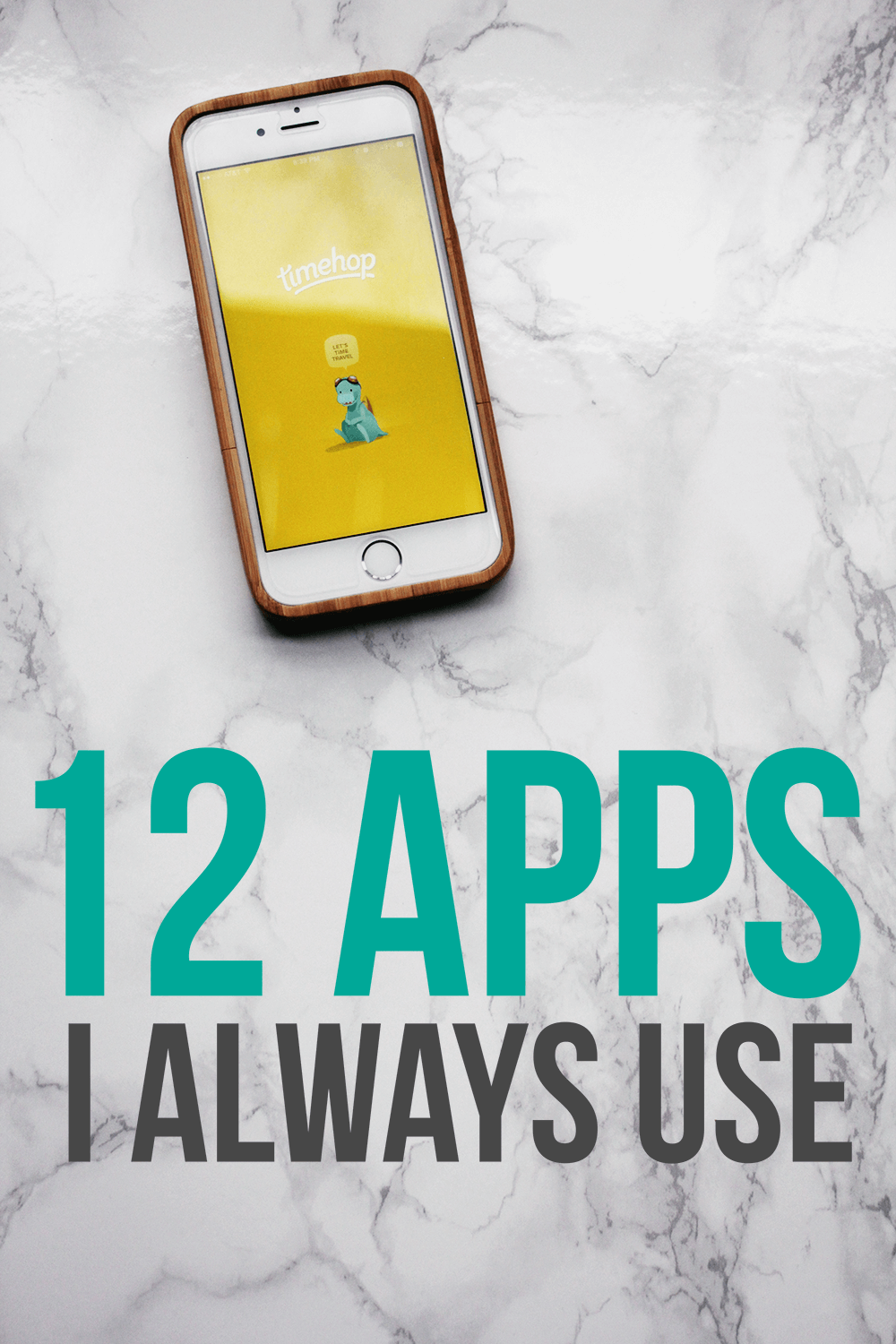 The time has finally come for me to upgrade the accessory I always have with me: my iPhone.

I had my iPhone 4S for a solid two and a half years, and while it was a good little phone, I was in dire need of an upgrade.

My Zagg Invisible Shield was a hot mess (mostly because I didn’t clean it enough… whoops), and there was some screen bleed appearing in one of the corners. Not good.

So I bit the bullet and got myself an iPhone 6!

There was no way I was going to get the iPhone 6 Plus. They don’t make women’s pockets big enough.

To celebrate, I’m sharing the 12 iOS apps I always use (social media sites not included). And yes, some of them did drastically improve thanks to the major screen size increase.

All of the headings and photos below link directly to the iTunes Store if you’re interested in downloading any of them. 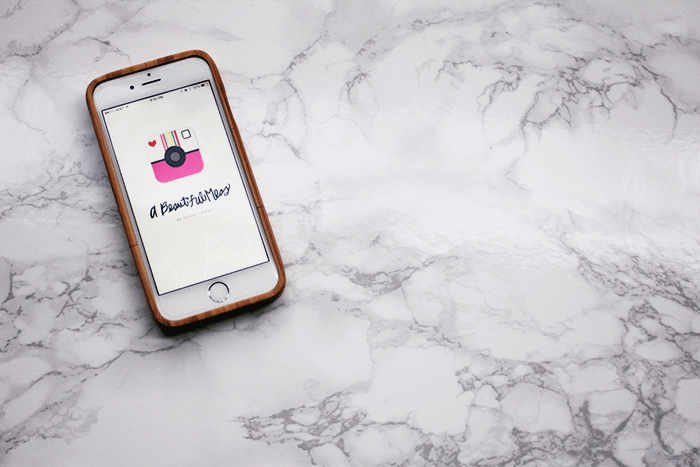 I love this photo-editing app. As the name implies, it’s brought to you by the wonderful ladies over at A Beautiful Mess, and it definitely has their style written all over it. Sometimes literally.

You can edit photos with their better-than-Instagram filters, change the brightness and contrast, and add text and doodles.

Plus, you can make collages to show a ton of your favorite photos at once, with layout options that are much better than PicStitch, trust me.

While you get a ton of great borders, doodles, fonts, and phrases, there are also plenty more to purchase within the app. 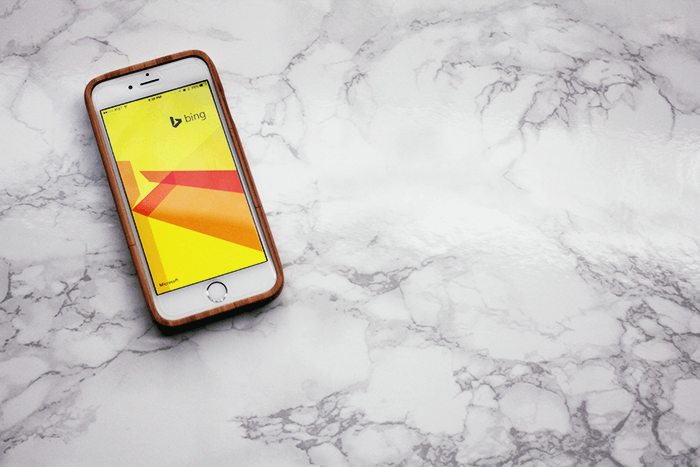 A while back I started to see those commercials where people had to choose which search results they liked better: Google’s or Bing’s. Surprisingly, everyone in the commercial liked Bing better.

I’ll never be one of those people, I thought to myself.

That was until Bing Rewards came around.

Once you sign up for Bing Rewards, you get credits for searching with Bing rather than Google (or any other search engine).

It takes a little bit of time for credits to add up, but if you get the maximum amount per day (usually 15 for desktop computer-based searches), you can get a ton of free stuff.

I’ve easily made over $50 to Amazon and Starbucks thanks to Bing Rewards.

That Starbucks Gift Card Giveaway I did a while back? Funded via my Bing Rewards earnings.

And the best part is that you get additional points for searching for things on your mobile device. I’ve got Bing in the bottom bar of my iPhone so it’s always easily within reach. That way every search I do is getting me closer to another free Starbucks drink. 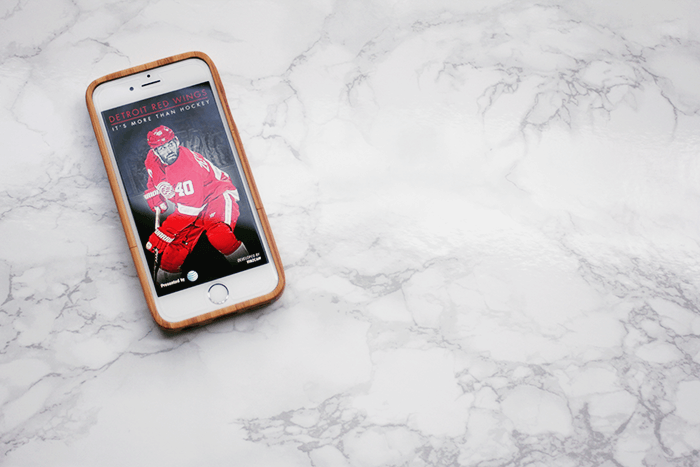 This one is quite specific, but there are Red Wings fans all over the world, so it’s still appropriate.

The Red Wings app notifies me at the start of every Red Wings game, every time someone scores (including who the goal and assists went to), and at the end of every game period.

Not that I don’t already know, because I plan my day around Red Wings games.

I’m also able to get a list of injured players and other random statistics that I like to keep up on.

Basically, if you’re a Red Wings fan, you should have the Red Wings app. 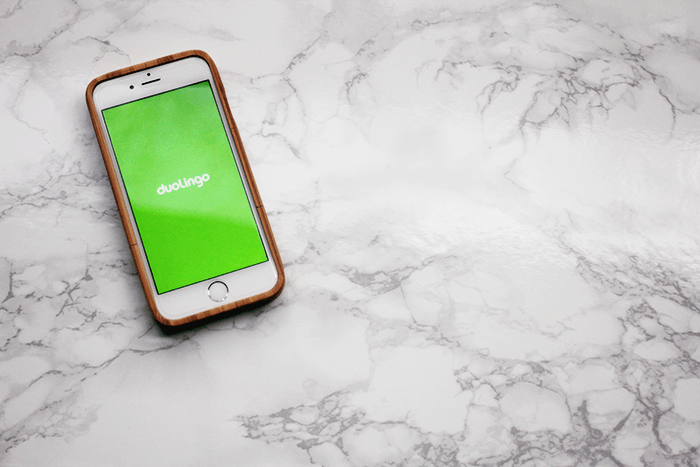 It’s on my Bucket List to learn a second language. Duolingo is helping me do just that.

I’ve been working on French for a while now, and while I’m far from fluent, I can pick up on a few things when people around me speak French.

It’s obviously better to travel to a place where French is spoken so I’m forced to learn it quickly, but that isn’t in my budget right now. Duolingo is.

There are a few things I wish were explained better, but I’m fortunate to have a coworker who speaks French fluently, so I’m able to email or call her with any questions. 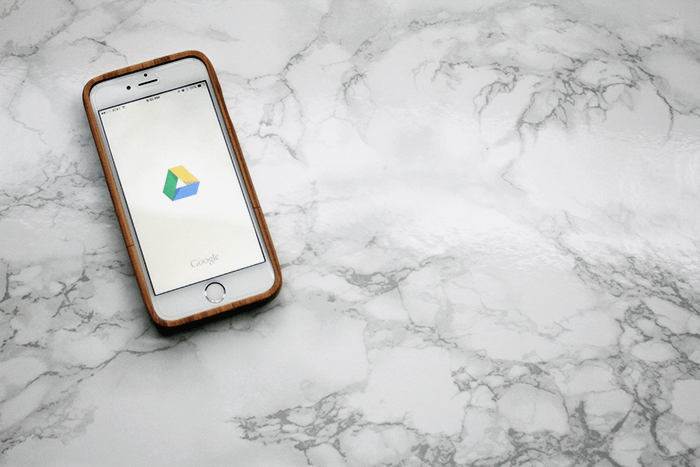 Google Drive is the secret to my success.

It’s the tool I use to post my DSLR photos on Instagram and get iPhone photos into my blog posts. Rather than plugging in my phone or trusting My Photo Stream, which never seems to work for me, I store everything on Google Drive and access it on whatever device I may need it on.

While I have had to invest in more storage space, I’ve found it’s the cloud service that works best for me. 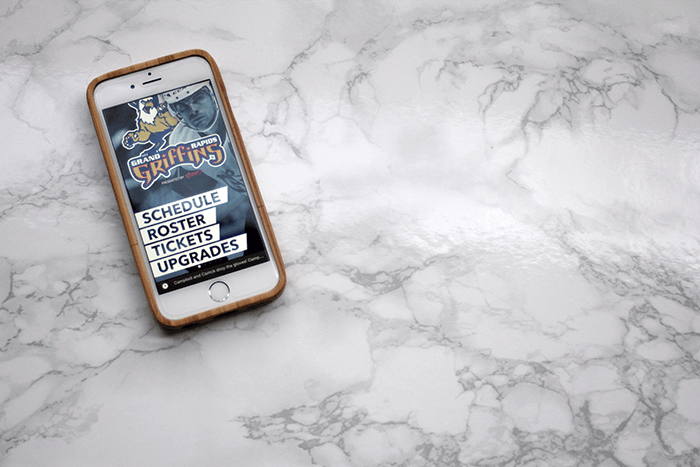 While this one is also a bit specific, I felt the need to include it.

I love hockey. I’m a season ticket holder to the Griffins (American Hockey League affiliate to the Detroit Red Wings), so I love that I can easily check out the schedule right on my phone.

I can buy tickets for friends who want to join me for a game, and I can even see who’s going to be on the roster for the game. This is especially important with an AHL team, because our best players are always getting moved between Grand Rapids and Detroit, which can be hard to keep up with.

Did I mention I love hockey? 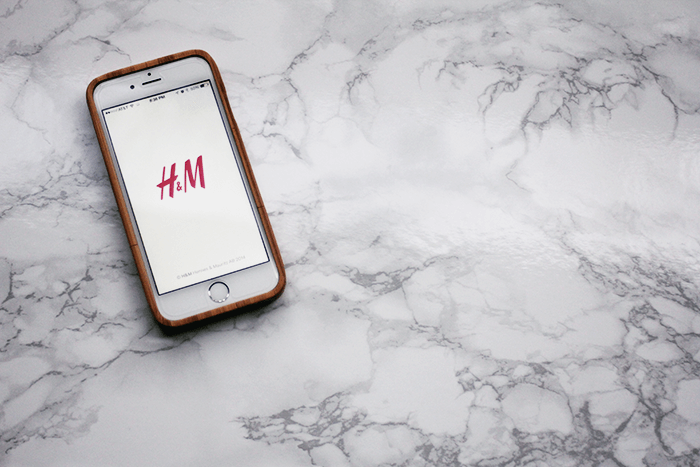 Whenever I step into an H&M, I text my best friend Randi (who wrote an awesome guest blog post recently) with a simple message:

IN H&M SOS
Basically, every time I go into an H&M store, I spend money.

I’ve got a love-hate relationship with H&M. I love everything, and I hate how much that means I spend there.

Luckily, thanks to the H&M app, I don’t have to go into the store nearly as much. I can order right from my phone, which can be seen as both convenient and extremely dangerous.

Now if only there could be better integration between the stores and the website / app. I’d love it if a) I could use gift cards online and b) I could see if a certain product is available near me. 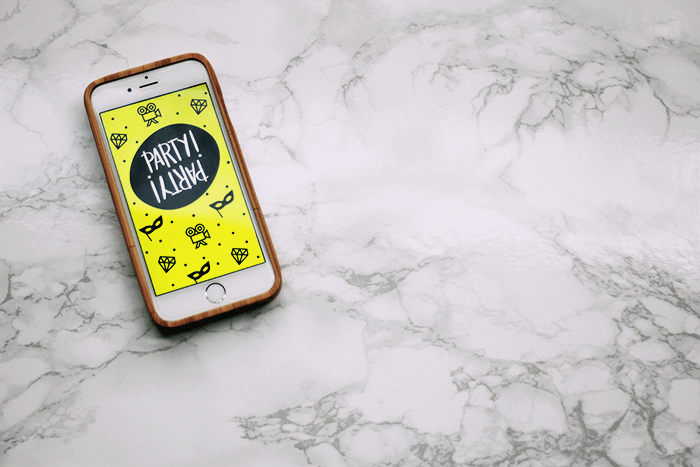 This is another great app from A Beautiful Mess.

But this one is a bit better: not only can you edit the photos, but you can also make awesome GIFs.

Import or take as many photos as you want, select a speed between frames, and voila! A GIF that you can email to yourself or upload directly to Instagram.

Need I say more? I didn’t think so. 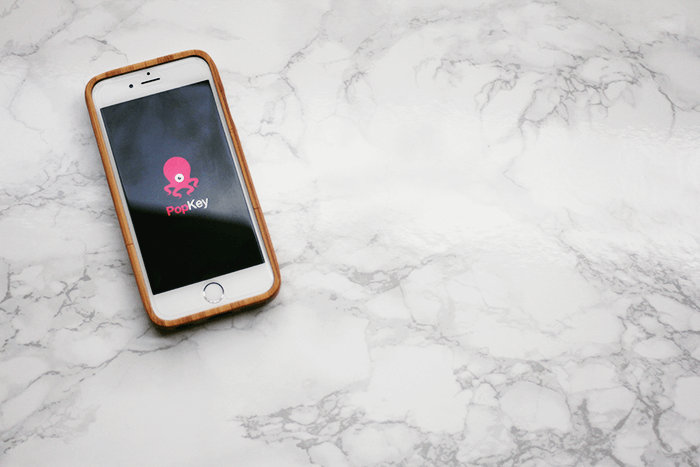 This is easily one of the best things I’ve gotten on my phone since iOS 8 came out.

With the new operating system, we’re able to install our own keyboards in addition to the Apple-provided ones like Predictive and Emoji. You don’t really use the apps much once you install them, but they have to be on your phone in order for the keyboards to show up.

Popkey is one of the two I’ve downloaded so far, and they’re both wonderful. More on the other one later.

You select your emotion (examples include happy, lol, what?, thumbs up, facepalm, and shrug), and Popkey gives you a ton of GIFs to choose from.

They also have featured categories. Right now, one is cats.

Because cat GIFs are always appropriate.

The only bummer: it seems like the GIFs only work when they are sent to another iPhone. When I send them to Sean’s Windows Phone, they are static images rather than animations. 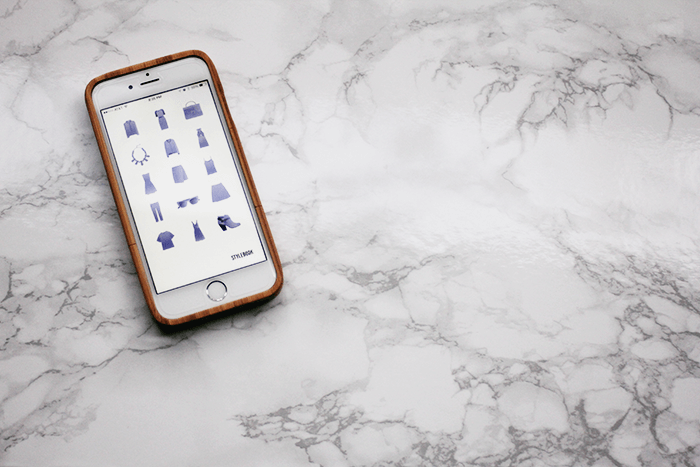 I’ve already done one blog post comparing Stylebook to Closet+ (spoiler alert: Stylebook is way better), so I won’t go into all of the details here. But here’s a basic run-down:

You take photos of every item in your wardrobe (or upload photos from online / the H&M app), and then create outfits, plan your wardrobe in advance, and track how often you wear each piece of clothing.

There’s a ton of statistics, like which items of clothing you haven’t logged on the calendar yet and which ones you’ve worn the most.

If you take the time to log how much each piece of clothing costs, you can also see which pieces were the best and worst value. My goal is to get everything to $1 per wear, so Stylebook helps me a ton.

And while $3.99 might seem steep for an app, think about how much you spend on the crappy stuff in the dollar section at Target. Four dollars is not a big deal. 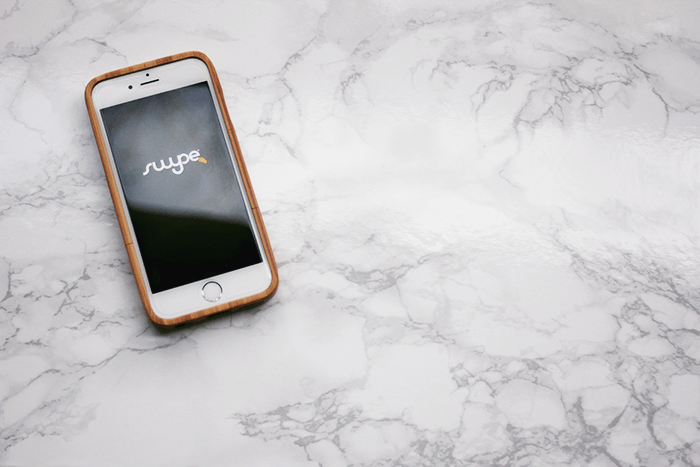 Swype is the other keyboard I was referring to.

Rather than having to tap on each individual letter, you can swipe (or Swype, if you will) your finger across each letter in the word without picking your finger up, and it recognizes it. It’s made typing much faster for me.

It takes a bit of getting used to and it doesn’t understand every single word, but it’s really easy to add words to its catalog. It’s my go-to keyboard for everything. 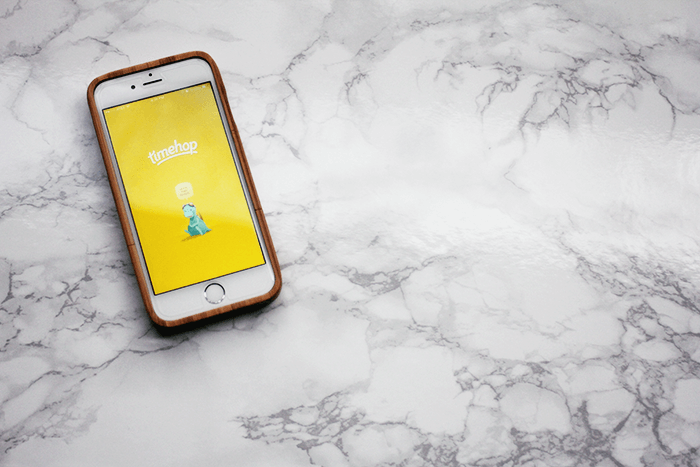 I had to include at least one app with a dinosaur mascot.

Timehop is wonderful if you’ve been active on social media for a while.

You log in with your various social media profiles, and every day Timehop gives you a list of what you were posting about on this day in history.

Depending on your social media presence, you might only get updates sporadically. My grandma, for example, would not find Timehop useful.

Mind you, my grandma also wouldn’t have an iPhone.

It’s fun to look back on what I was doing however many years ago. While I cringe at some poor style choices and super emo statuses, it reminds me how much I’ve grown in a short amount of time, which is definitely encouraging.

Are there any apps I missed? What are the ones you use every day, excluding social media?

And am I crazy in thinking that paying for apps isn’t that big of a deal? Let me know your thoughts!