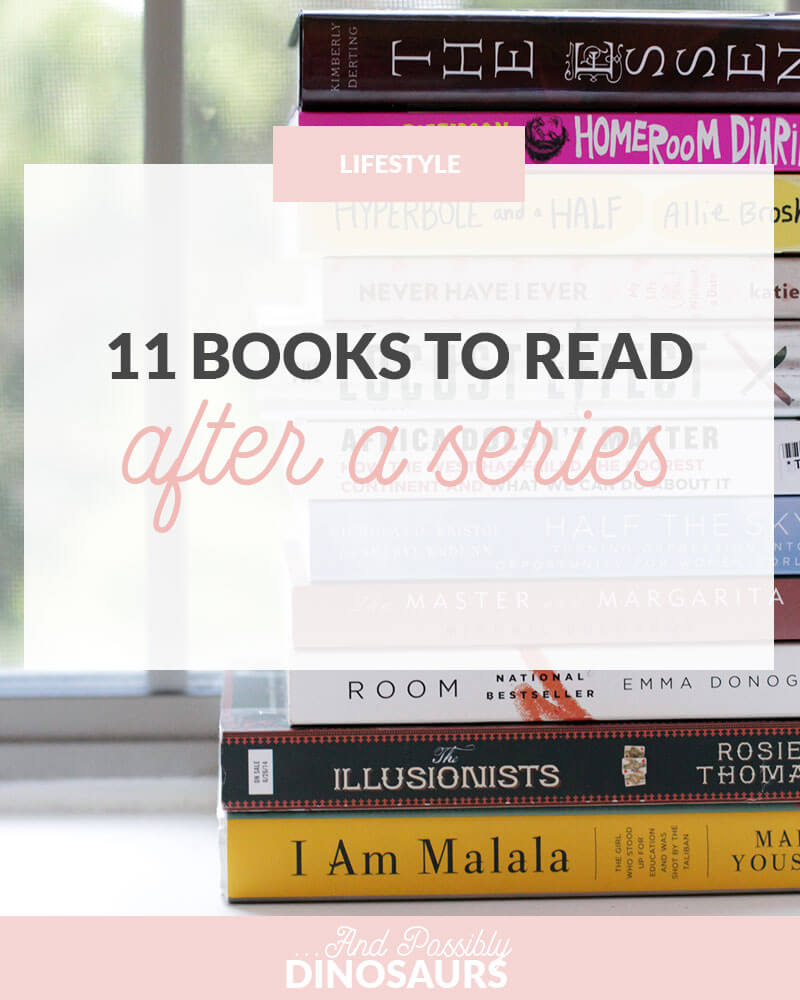 As much as it pains me, I haven’t been able to read nearly enough lately. I was spoiled back in May when I went on a Mediterranean cruise and was able to read often, including on a few pretty long flights.

Now that I’m back in the swing of things, I haven’t been so fortunate. My time has been consumed with work, a few online classes, a long-distance relationship, and moving. This means no time for pleasure reading.

What makes this even more difficult is that I’m reading a really long series. To stave off any spoilers, I won’t tell you which one, but just know that it’s roughly 5,000 pages long and it isn’t even remotely close to being completed yet.

It’s also got a really complicated storyline with about 500 million characters. This means I can’t take a break between books and read a more lighthearted, easier read. wimpers

Because of this, I’ve been compiling a list of the books to read once I’m done with it. Here are the 11 books I plan to read after a series. (In no particular order.) 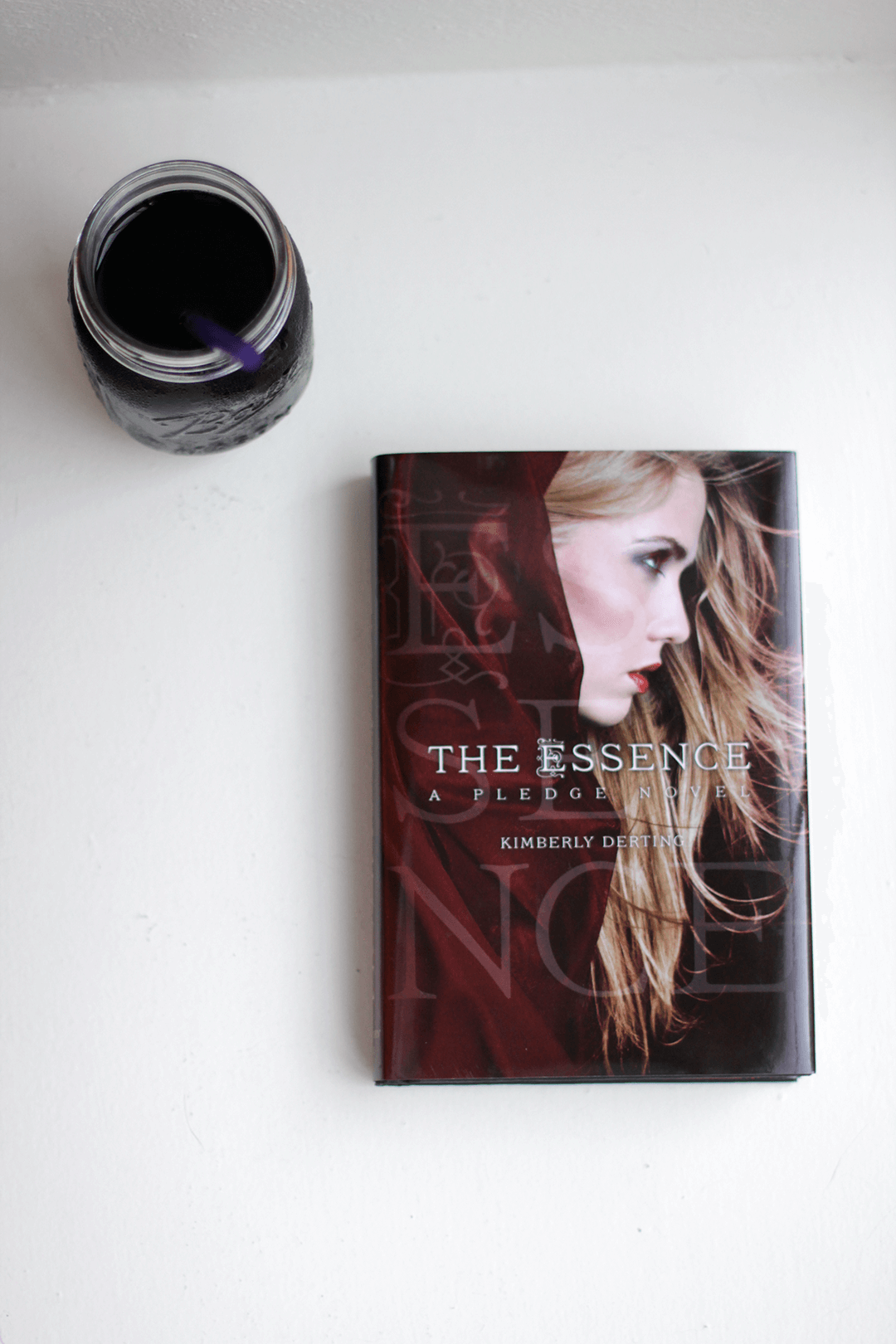 Okay, so I kind of cheated with this one. It’s the second book in a series, which makes it an odd book to have in a list of things to read after a series. But hear me out. The first book, The Pledge, (which I will most likely have to reread before The Essence) is tells the dystopian story of a world where societal classes are not only divided by location and income, but also language. Imagine if the upper, middle, and lower class spoke all different languages, and there wasn’t any way to learn a new language and get a leg up in the world. What kind of a life is that?

Then there’s this girl, Charlie, who can understand and speak all of the languages, but doesn’t know how or why. It’s a secret she and her family must keep if they want to save her life.

The Pledge was an awesome and easy YA read, so I’m looking forward to the sequel. 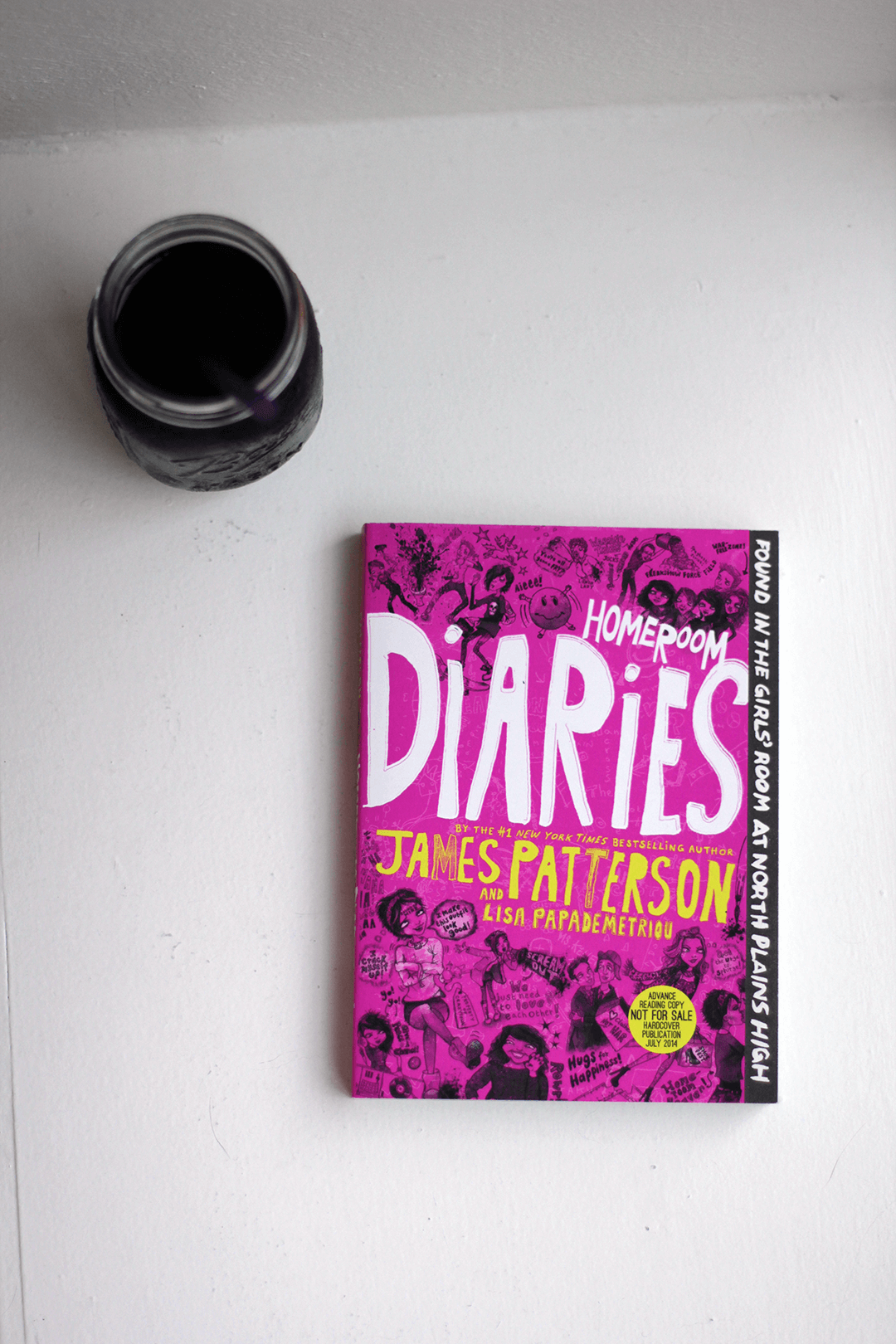 A highly illustrated YA story by James Patterson? Alright.

The drawings will be a welcome sight after 5,000+ text-heavy pages. Plus, the story circles around a topic close to my heart.

The main character, Cuckoo, is a teen struggling with mental illness, but she’s decided to put her short stay in a mental institution behind her with “Operation Happiness.” Basically, she just wants everyone to get along.

But this is high school, so that obviously won’t happen. I’m excited to see what does!

3. Hyperbole and a Half 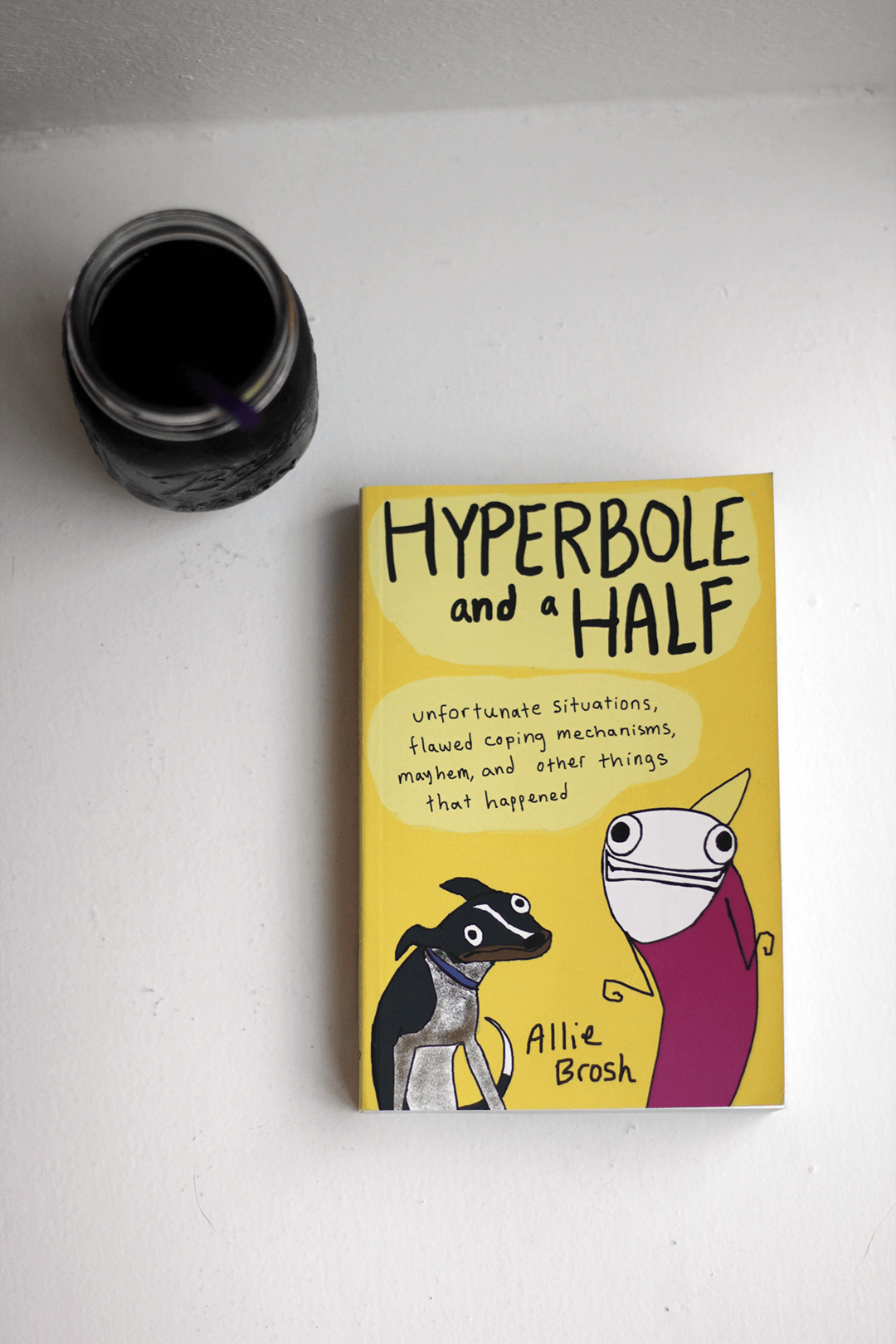 My friends have been talking about this book for quite a bit now.

It’s the book form of the hysterical blog of the same name. What else is there to say?

Nothing? Okay. Moving on.

4. Never Have I Ever 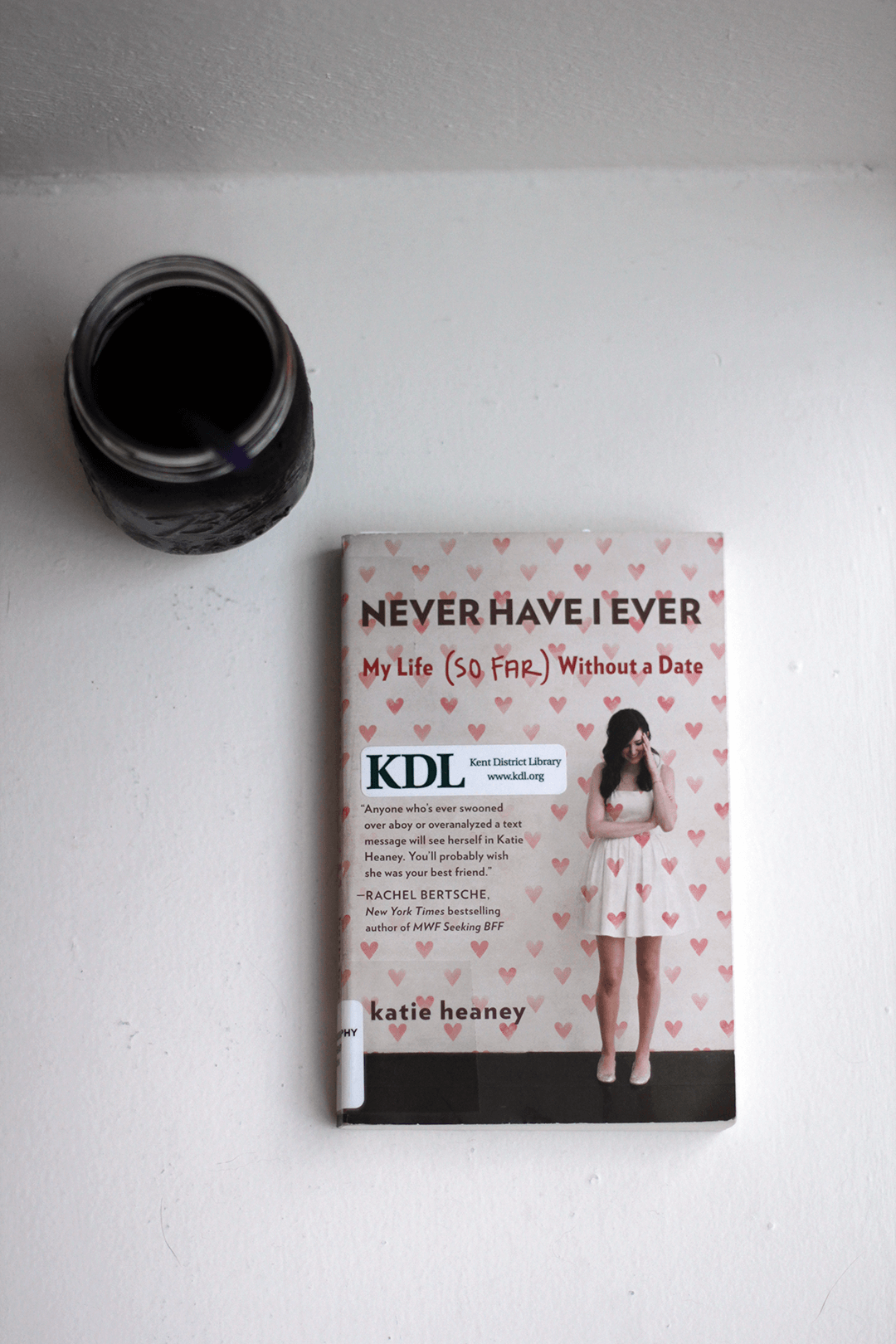 As someone who is in a long-term relationship (and will be moved in with my significant other by the time I get around to reading this), I’m interested to hear about the author’s life, and how she has gone 25 years without a boyfriend.

It’s going to be a fresh perspective for me, and my roommate said it was hysterical.

She also said that if you’re prone to awkwardness, don’t read it all at once, or you’ll find yourself curled up in a ball with my cat convincing yourself that you, too, will never find love. 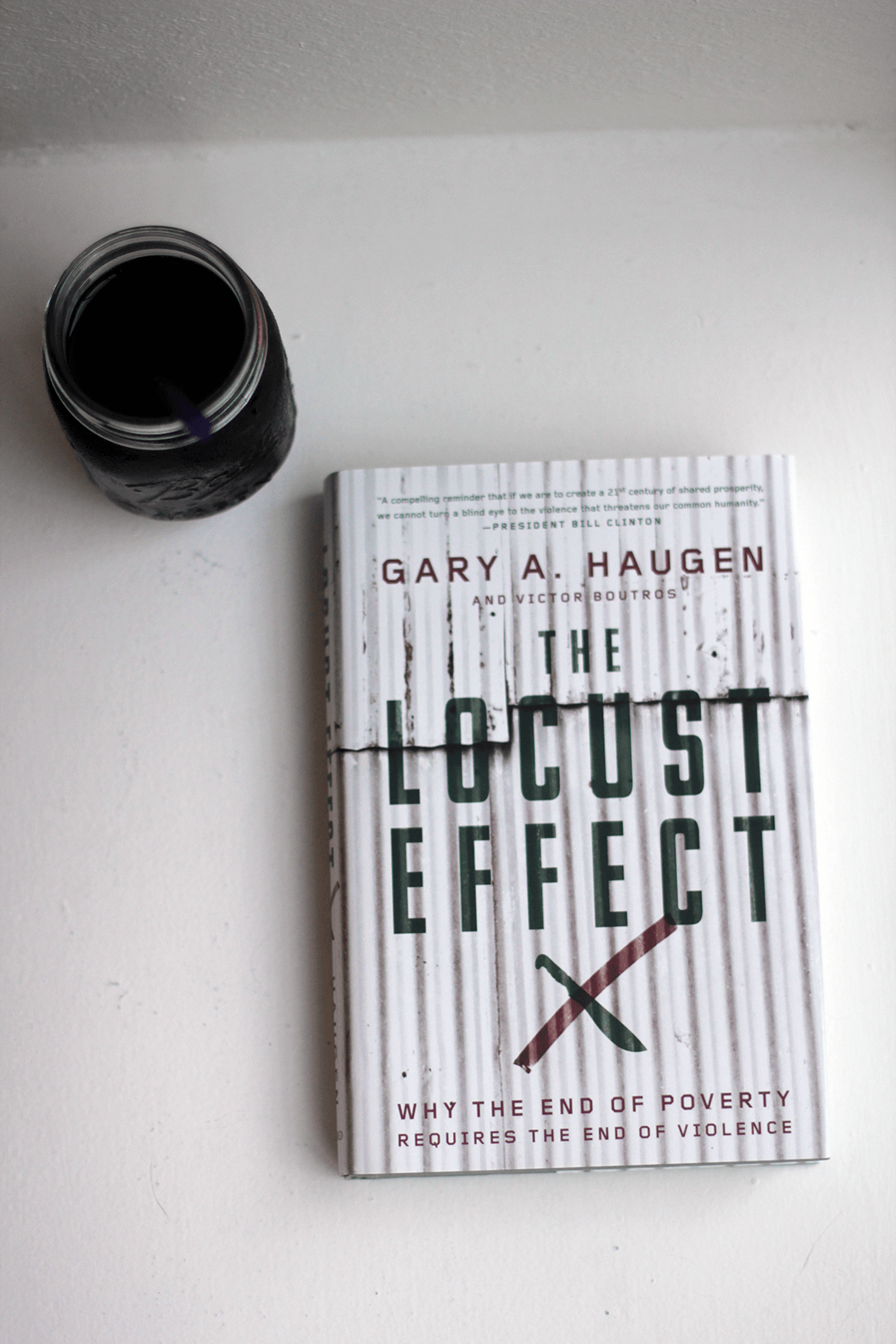 Gary Haugen, the author of this book, is easily one of my heroes. I first heard him speak back in 2011 at Invisible Children’s Fourth Estate Conference. He used to work for the United States government, but decided to quit his comfortable job and start a nonprofit where he helped people around the world fight for justice. Enter: International Justice Mission. The group of of lawyers, investigators, social workers, community activists and other professionals defend the poor around the world and make sure they are getting the protection and justice they deserve, no matter how long it takes.

The Locust Effect is specifically about how violence and poverty are correlated, and what we can do to stop both from happening around the world. It might be depressing, but it’s going to be amazing at the same time. 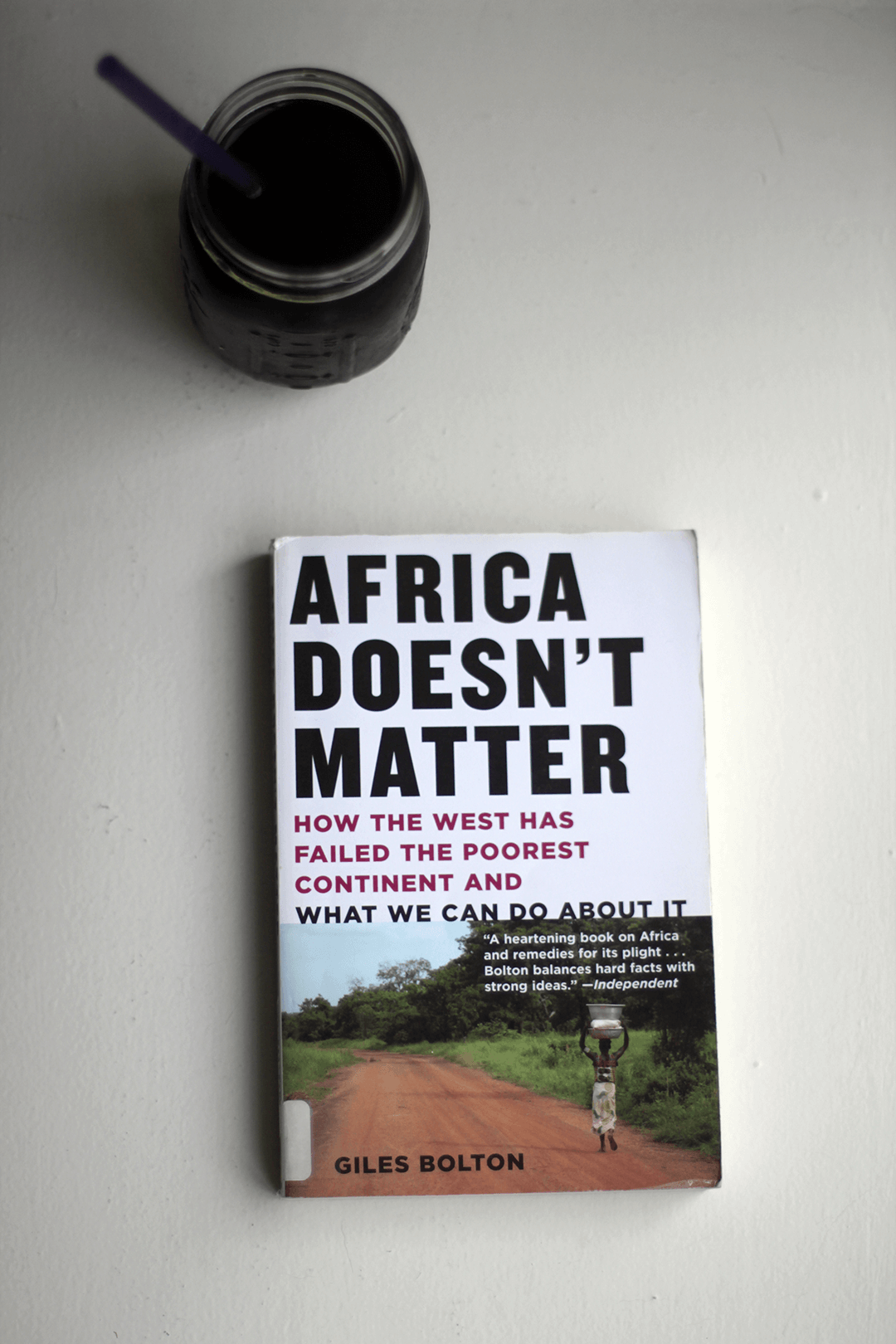 This one is on a similar plane with The Locust Effect. It discusses, as the subtitle says, how the West has failed the poorest continent, and what we can do about it.

I feel like I’m either going to love or hate this book. It seems like it might be in line with my recent blog post, What I Wish I Knew Before Going to Africa, but at the same time I’m skeptical. I don’t really like the use of “the poorest continent” in the subtitle, because I’m not necessarily sure it’s true. I would have used “largest” in place of “poorest,” because that can’t be argued. 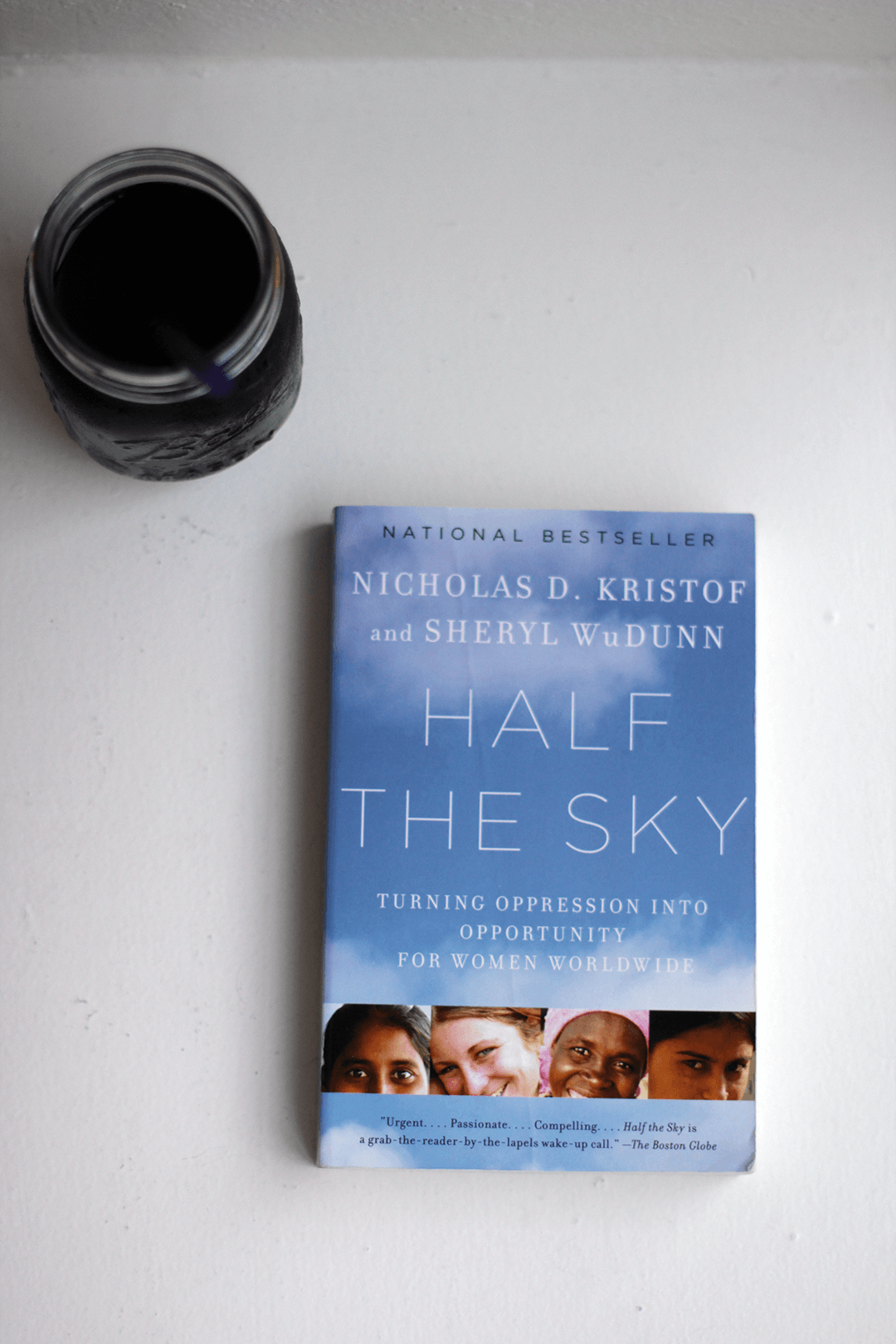 Sticking with the human rights theme here, Half the Sky is one of those books I’ve wanted to read for years. Nick Kristof (one of my favorite journalists… yes I have favorite journalists) and his wife Sheryl WuDunn wrote the book after traveling the world and finding out how women are treated in different cultures. The title comes from the idea that women hold up half of the sky.

Basically, it’s feminism on a whole new level, and I’m really excited to read it. The duo have another book coming out in the fall. You better believe I’ll be reading that one, too.

8. The Master and Margarita 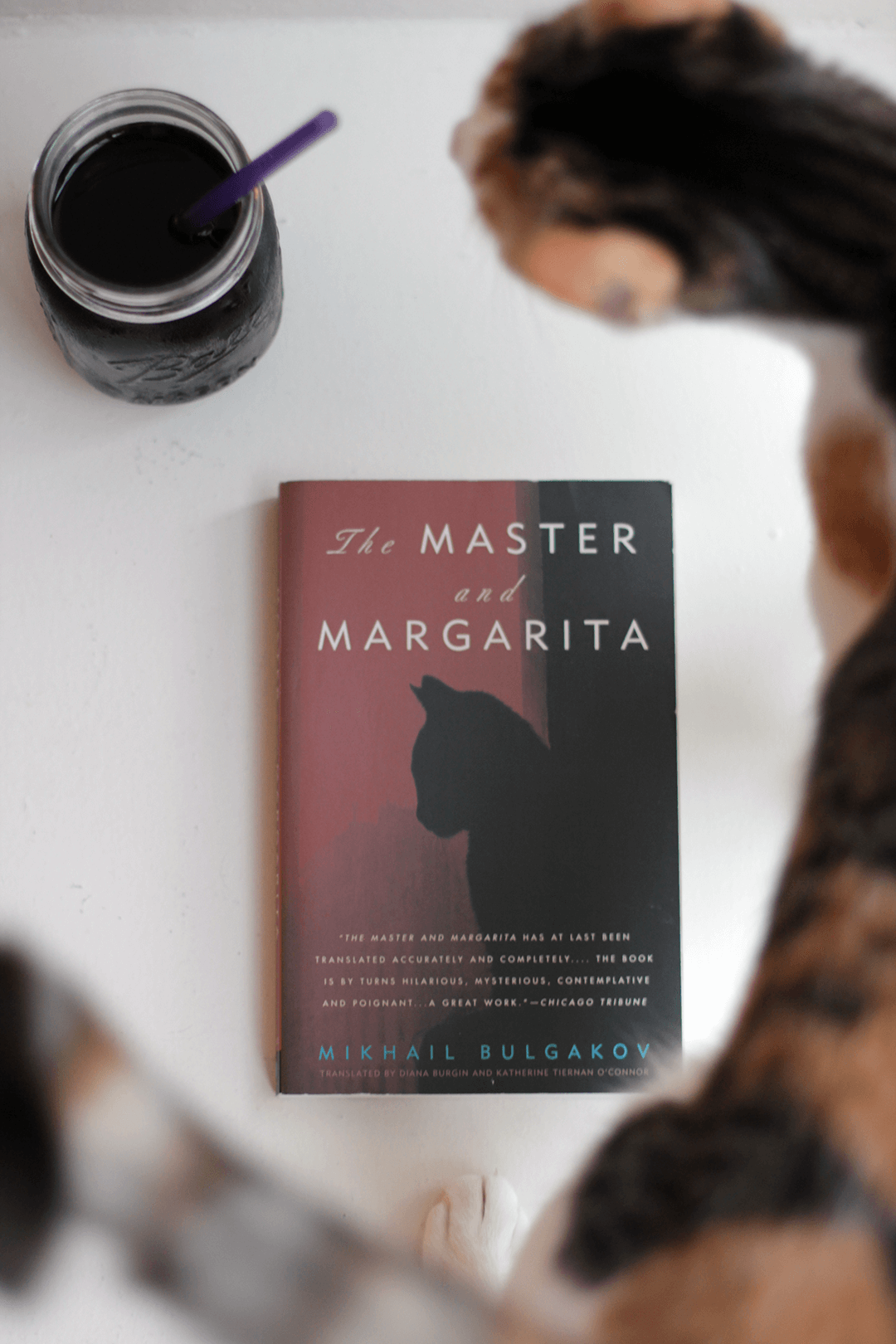 I’m not going to lie, I have a pretty shallow reason for wanting to read this book.

Before one of my transcontinental trips, I wanted some book recommendations. I then stumbled upon a video where Karen Gillan and Matt Smith talked about their favorite books. Matt mentioned The Master and Margarita, so I hopped in my car, drove to Barnes and Noble, and bought it.

Nevertheless, I’ve been wanting to read it and find out why he loved the book so much. Plus, Val seems to like the cat on the cover, so maybe she’ll actually curl up with me while I read it. (Or maybe she just wants my coffee.) 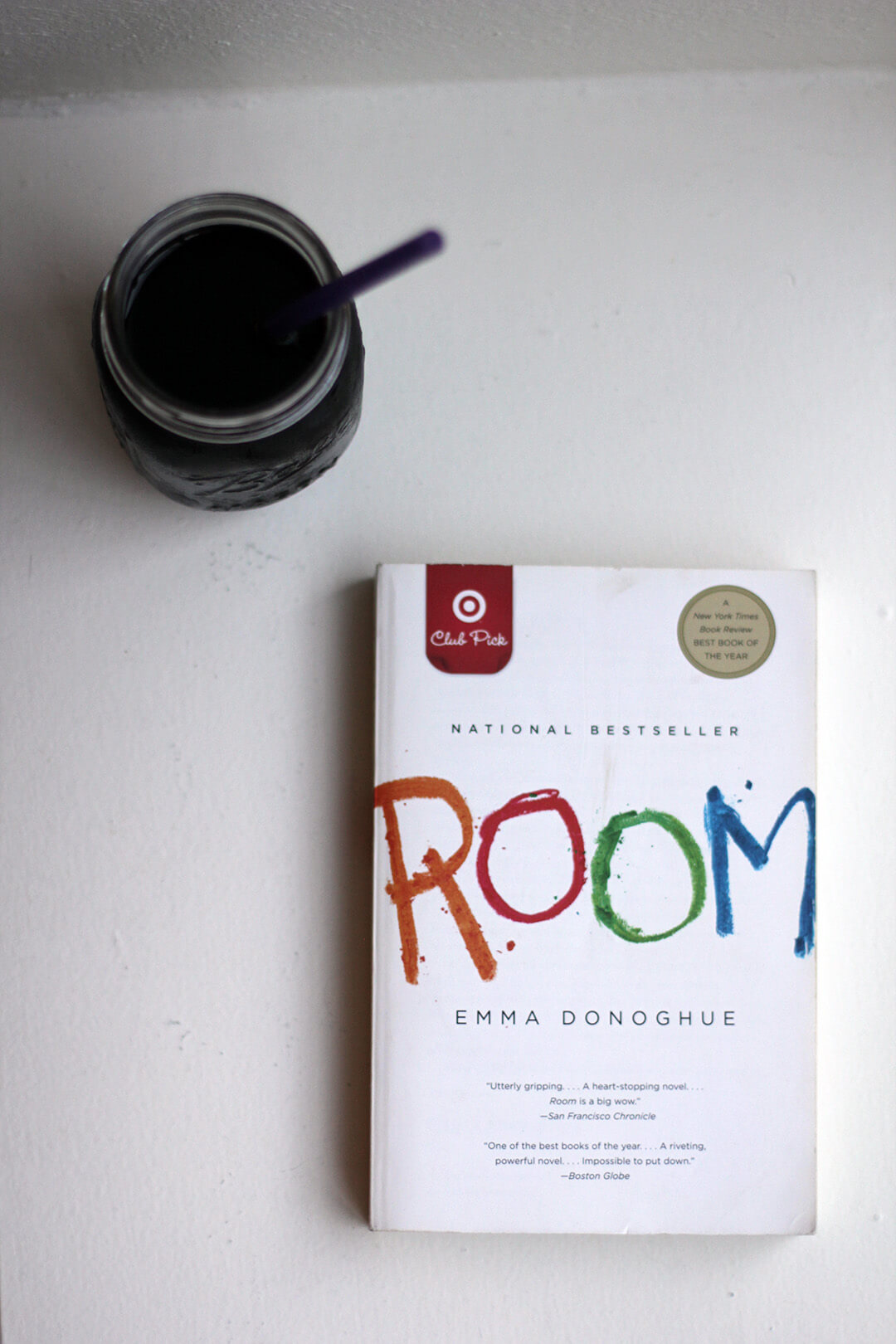 Room tells the story of a five-year-old boy who lives in a small room with his mother. It is all he has ever known, so that is his world, and everything he sees on television is completely separate.

I’m really intrigued by the premise, so I’m excited to read it. I also have this thing where I have to read the book before the movie. It doesn’t have a release date yet, but still. 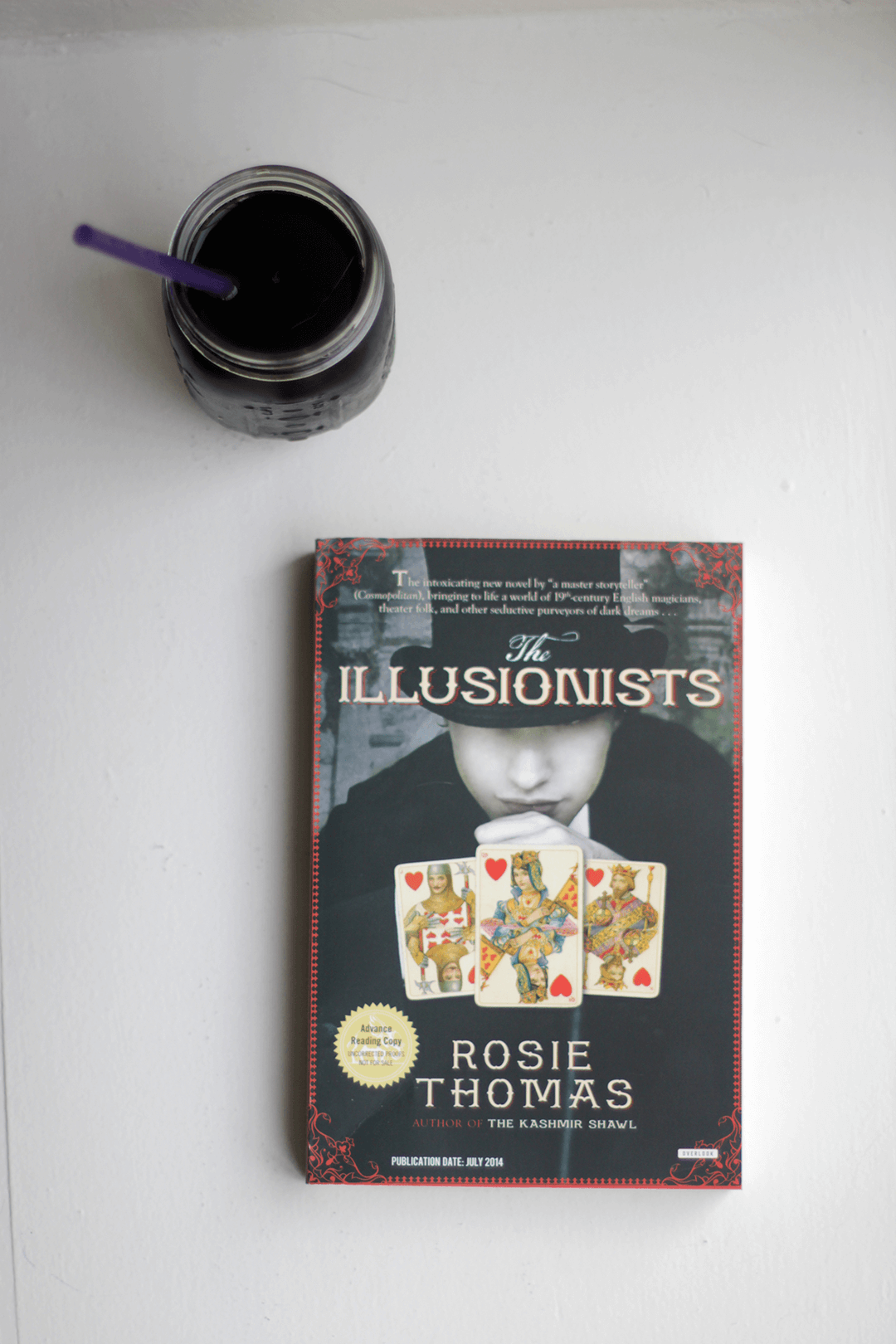 I’ve heard this book compared to the Prestige and Water for Elephants. It’s got magic, theatre, art, and Victorian London, so it must be good. Right?

All joking aside, it’s gotten really great reviews, and it seems like one of those books that will have you hooked from the first page. 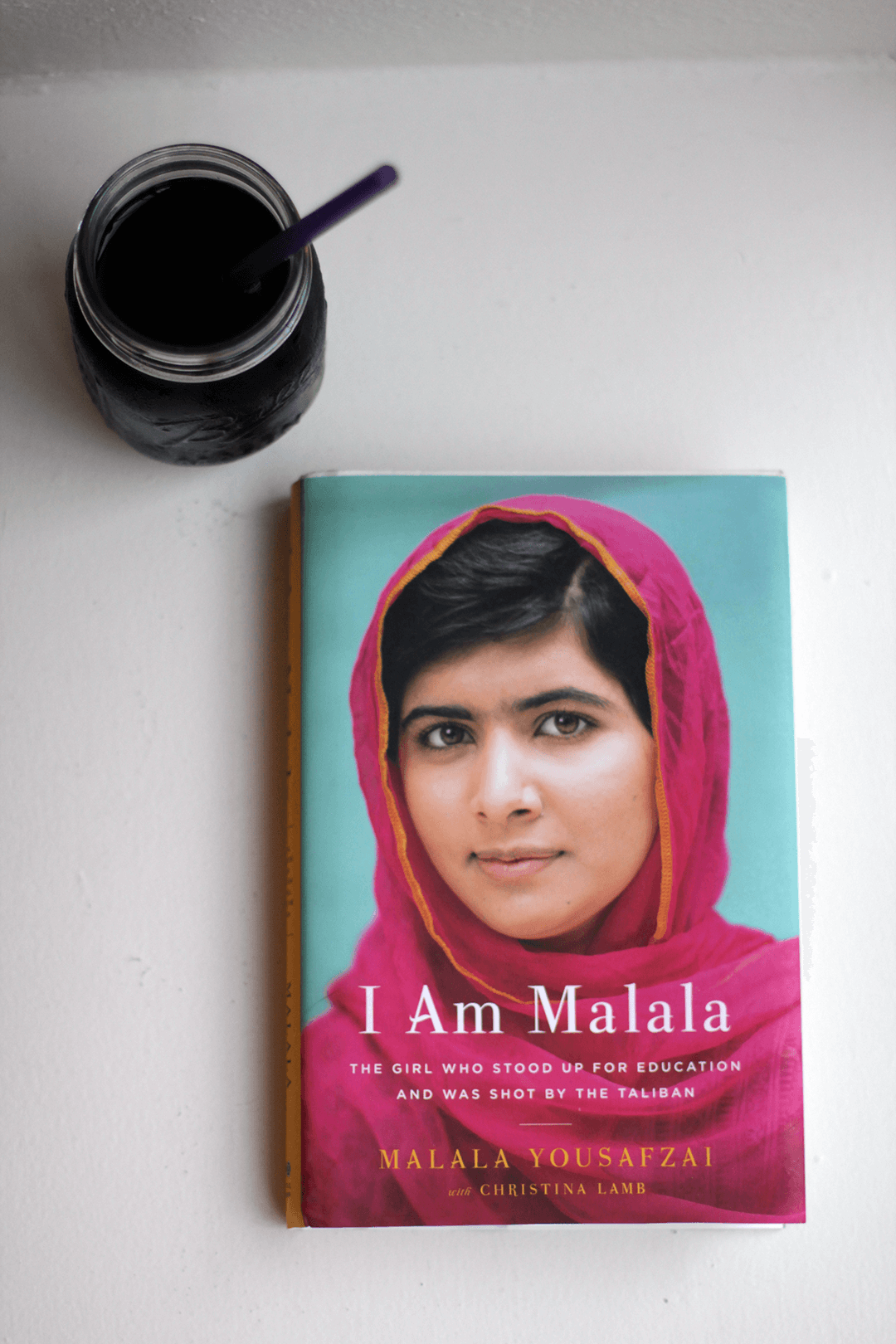 Malala is a rockstar. Do I need more of a reason to want to read her book?

It’s going to take me a while to finish up the series I’m reading (or at least the books in the series that have been published thus far), but as soon as I do, you can bet I’ll be picking up one of these 11 books. Make sure to check back for my reviews!

Do you have any other book recommendations for me?